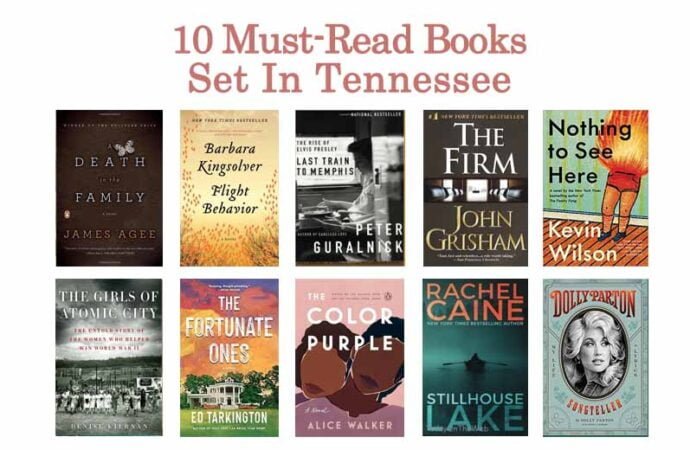 These 10 must-read books set in Tennessee feature Pulitzer prize winning fiction, fascinating nonfiction, bestselling mysteries, and biographies and memoirs about musical giants who greatly influenced the musical scene in Tennessee. Travel to the Volunteer State with these books that take place in Tennessee.

1. A Death in the Family by James Agee 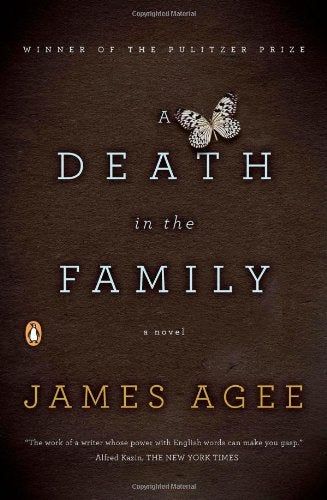 “As Jay Follet hurries back to his home in Knoxville, Tennessee, he is killed in a car accident—a tragedy that destroys not only a life, but also the domestic happiness and contentment of a young family. A novel of great courage, lyric force, and powerful emotion, A Death in the Family is a masterpiece of American literature.” 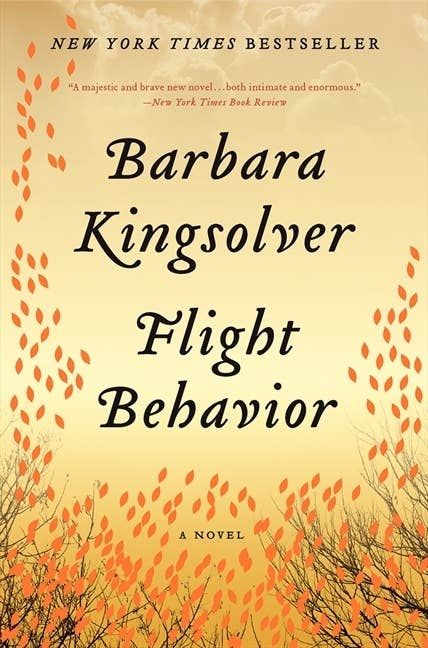 “Kingsolver’s riveting story concerns a young wife and mother on a failing farm in rural Tennessee who experiences something she cannot explain, and how her discovery energizes various competing factions—religious leaders, climate scientists, environmentalists, politicians—trapping her in the center of the conflict and ultimately opening up her world. Flight Behavior is arguably Kingsolver’s must thrilling and accessible novel to date, and like so many other of her acclaimed works, represents contemporary American fiction at its finest.”

3. Last Train to Memphis: The Rise of Elvis Presley by Peter Guralnick 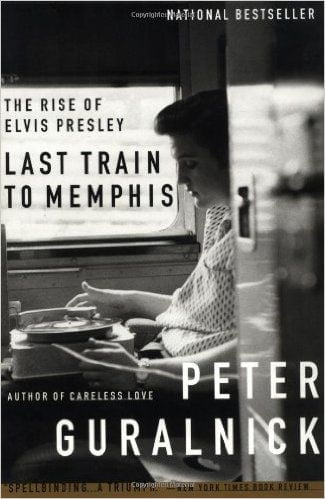 “Last Train to Memphis: The Rise of Elvis Presley is the first biography to go past that myth and present an Elvis beyond the legend. Based on hundreds of interviews and nearly a decade of research, it traces the evolution not just of the man but of the music and of the culture he left utterly transformed, creating a completely fresh portrait of Elvis and his world.”

4. The Firm by John Grisham 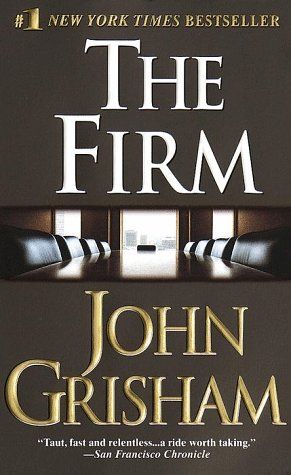 “When Mitch McDeere signed on with Bendini, Lambert & Locke of Memphis, he thought that he and his beautiful wife, Abby, were on their way. The firm leased him a BMW, paid off his school loans, arranged a mortgage, and hired the McDeeres a decorator. Mitch should have remembered what his brother Ray–doing fifteen years in a Tennessee jail–already knew: You never get nothing for nothing. Now the FBI has the lowdown on Mitch’s firm and needs his help. Mitch is caught between a rock and a hard place, with no choice–if he wants to live.”

5. Nothing to See Here by Kevin Wilson 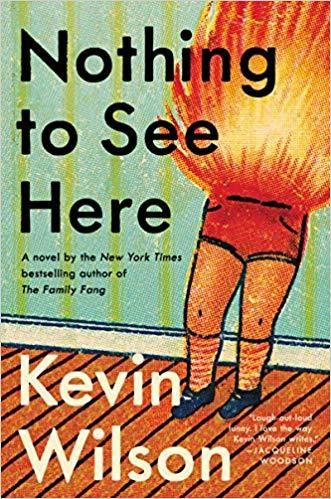 “Lillian and Madison were unlikely roommates and yet inseparable friends at their elite boarding school. But then Lillian had to leave the school unexpectedly in the wake of a scandal and they’ve barely spoken since. Until now, when Lillian gets a letter from Madison pleading for her help.

“Madison’s twin stepkids are moving in with her family and she wants Lillian to be their caretaker. However, there’s a catch: the twins spontaneously combust when they get agitated, flames igniting from their skin in a startling but beautiful way. Lillian is convinced Madison is pulling her leg, but it’s the truth.

“Thinking of her dead-end life at home, the life that has consistently disappointed her, Lillian figures she has nothing to lose. Over the course of one humid, demanding summer, Lillian and the twins learn to trust each other—and stay cool—while also staying out of the way of Madison’s buttoned-up politician husband. Surprised by her own ingenuity yet unused to the intense feelings of protectiveness she feels for them, Lillian ultimately begins to accept that she needs these strange children as much as they need her—urgently and fiercely. Couldn’t this be the start of the amazing life she’d always hoped for?”

6. The Girls of Atomic City: The Untold Story of the Women Who Helped Win World War II by Denise Kiernan 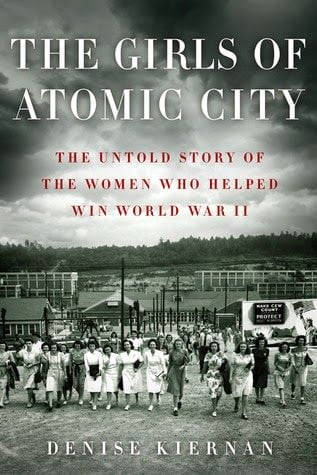 “At the height of World War II, Oak Ridge, Tennessee, was home to 75,000 residents, and consumed more electricity than New York City, yet it was shrouded in such secrecy that it did not appear on any map. Thousands of civilians, many of them young women from small towns across the U.S., were recruited to this secret city, enticed by the promise of solid wages and war-ending work. What were they actually doing there? Very few knew. The purpose of this mysterious government project was kept a secret from the outside world and from the majority of the residents themselves. Some wondered why, despite the constant work and round-the-clock activity in this makeshift town, did no tangible product of any kind ever seem to leave its guarded gates? The women who kept this town running would find out at the end of the war, when Oak Ridge’s secret was revealed and changed the world forever.”

7. The Fortunate Ones by Ed Tarkington “When Charlie Boykin was young, he’d thought his life with his single mother was really just fine. But when his mother’s connections get Charlie into boarding school and give them access to the upper echelons of Nashville society, Charlie falls under the spell of all that a life among the wealthy can mean. Increasingly attached to another boy, Arch Creigh, Charlie learns how morality has little to do with life in Belle Meade. On into college and after, Charlie aids Arch in his pursuit of a Senate seat, only to be pulled into a growing web of deceit. The novel examines the questions: Why do the poor love the rich? Why do we envy and worship a class of people that so often exhibits the worst excesses and the lowest morals?”

8. The Color Purple by Alice Walker 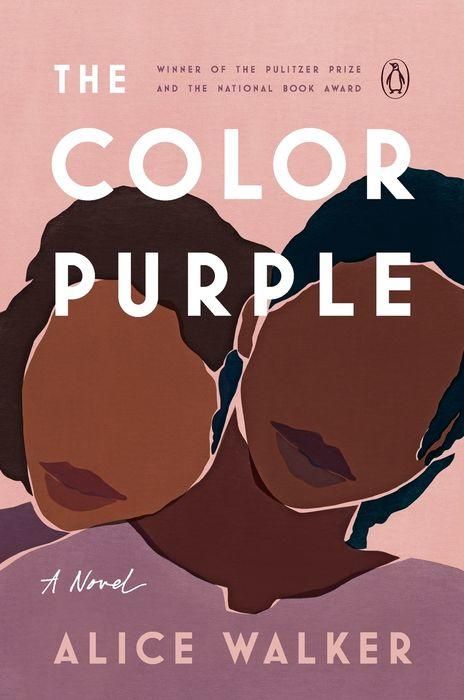 “A powerful cultural touchstone of modern American literature, The Color Purple depicts the lives of African American women in early twentieth-century rural Georgia. Separated as girls, sisters Celie and Nettie sustain their loyalty to and hope in each other across time, distance and silence. Through a series of letters spanning twenty years, first from Celie to God, then the sisters to each other despite the unknown, the novel draws readers into its rich and memorable portrayals of Celie, Nettie, Shug Avery and Sofia and their experience. The Color Purple broke the silence around domestic and sexual abuse, narrating the lives of women through their pain and struggle, companionship and growth, resilience and bravery. Deeply compassionate and beautifully imagined, Alice Walker’s epic carries readers on a spirit-affirming journey towards redemption and love.” 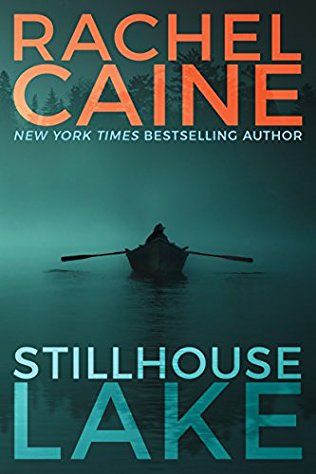 “Gina Royal is the definition of average―a shy Midwestern housewife with a happy marriage and two adorable children. But when a car accident reveals her husband’s secret life as a serial killer, she must remake herself as Gwen Proctor―the ultimate warrior mom.

“With her ex now in prison, Gwen has finally found refuge in a new home on remote Stillhouse Lake. Though still the target of stalkers and Internet trolls who think she had something to do with her husband’s crimes, Gwen dares to think her kids can finally grow up in peace.

“But just when she’s starting to feel at ease in her new identity, a body turns up in the lake―and threatening letters start arriving from an all-too-familiar address. Gwen Proctor must keep friends close and enemies at bay to avoid being exposed―or watch her kids fall victim to a killer who takes pleasure in tormenting her. One thing is certain: she’s learned how to fight evil. And she’ll never stop.” 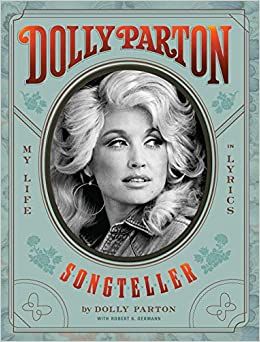 “As told by Dolly Parton in her own inimitable words, explore the songs that have defined her journey. Illustrated throughout with previously unpublished images from Dolly Parton’s personal and business archives.”