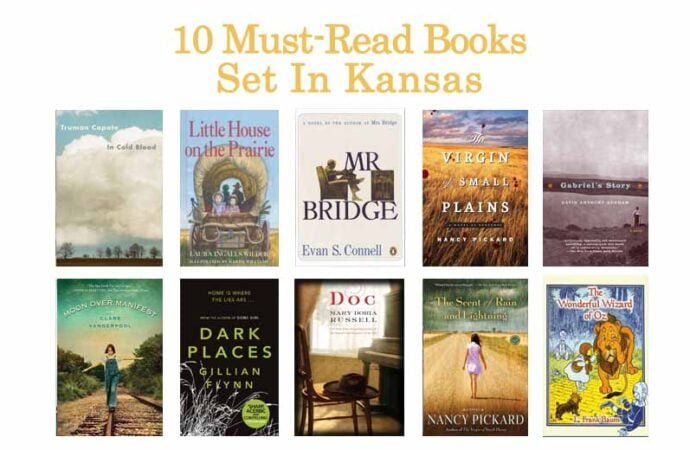 If, as Dorothy Gale said in The Wizard of Oz, “There’s no place like home!” then these 10 must-read books set in Kansas prove that Kansas is home to great literature. Take a trip to the Sunflower State with these books that take place in Kansas.

1. In Cold Blood by Truman Capote 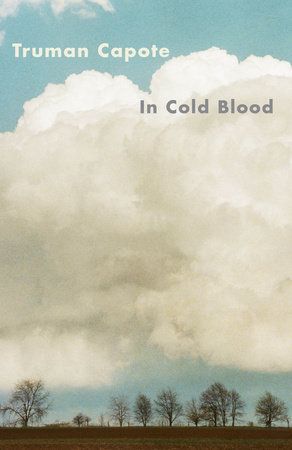 “On November 15, 1959, in the small town of Holcomb, Kansas, four members of the Clutter family were savagely murdered by blasts from a shotgun held a few inches from their faces. There was no apparent motive for the crime, and there were almost no clues. In one of the first non-fiction novels ever written, Truman Capote reconstructs the murder and the investigation that led to the capture, trial, and execution of the killers, generating both mesmerizing suspense and astonishing empathy. In Cold Blood is a work that transcends its moment, yielding poignant insights into the nature of American violence.”

2. Little House on the Prairie by Laura Ingalls Wilder 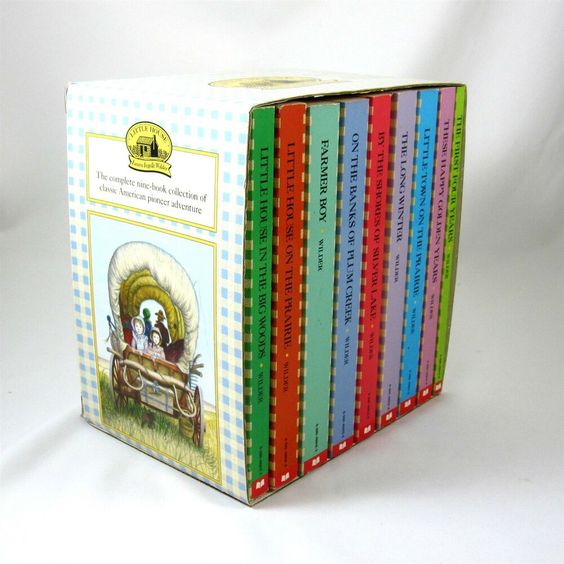 “The nine books in the timeless Little House series tell the story of Laura’s real childhood as an American pioneer, and are cherished by readers of all generations. They offer a unique glimpse into life on the American frontier, and tell the heartwarming, unforgettable story of a loving family.” This series also takes place in Wisconsin and Minnesota. 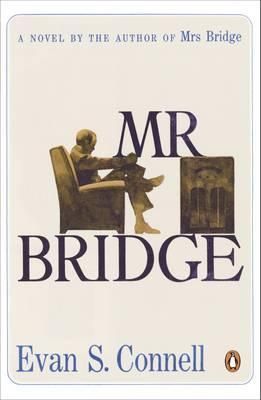 “Walter Bridge is an ambitious Kansas City lawyer who redoubles his efforts and time at the office whenever he senses that his family needs something—even when what they need is more of him and less of his money. Affluence, material assets, and comforts create a cocoon of respectability that cloaks the void within—not the skeleton in the closet but a black hole swallowing the whole household. Together with its companion, Mrs. Bridge, this novel is a classic portrait of a man, a marriage, and the manners and mores of a particular social class in the first half of twentieth–century America.”

4. The Virgin of Small Plains by Nancy Pickard 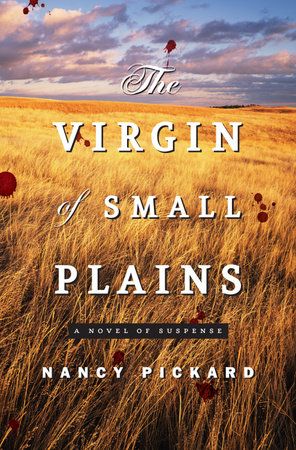 “For seventeen years, a rural community in Kansas has faithfully tended the grave of an anonymous teenage girl christened the Virgin of Small Plains. And some claim that, perhaps owing to the girl’s intervention, strange miracles and unexplainable healings have occurred. Slowly, word of the legend spreads. But what really happened in that snow-covered field almost two decades ago, when the girl’s naked, frozen body was found? Why did young Mitch Newquist disappear the day after the shocking discovery, leaving behind his distraught girlfriend, Abby Reynolds, and their best friend, Rex Shellenberger? Now Mitch has returned to Small Plains, reigniting simmering tensions and awakening secrets. Never having resolved her feelings for Mitch, Abby is determined to uncover the startling truth about his departure. The three former friends must confront the ever-unfolding consequences of the night that forever changed their lives—and the life of their small town.” 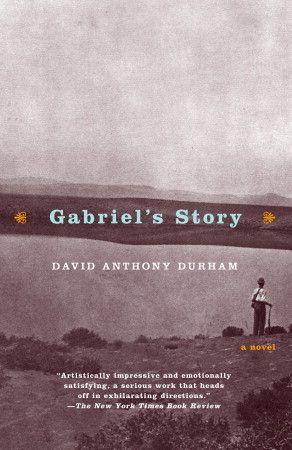 “When Gabriel Lynch moves with his mother and brother from a brownstone in Baltimore to a dirt-floor hovel on a homestead in Kansas, he is not pleased. He does not dislike his new stepfather, a former slave, but he has no desire to submit to a life of drudgery and toil on the untamed prairie. So he joins up with a motley crew headed for Texas only to be sucked into an ever-westward wandering replete with a mindless violence he can neither abet nor avoid–a terrifying trek he penitently fears may never allow for a safe return. David Anthony Durham is a genuine talent bent on devastating originality and Gabriel’s Story is as formidable a debut as we have witnessed.”

6. Moon Over Manifest by Clare Vanderpool 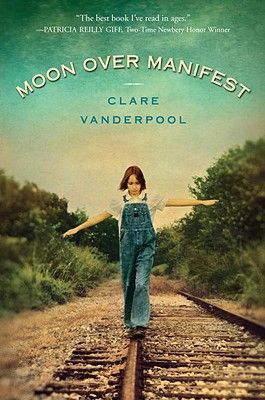 “Abilene Tucker feels abandoned. Her father has put her on a train, sending her off to live with an old friend for the summer while he works a railroad job. Armed only with a few possessions and her list of universals, Abilene jumps off the train in Manifest, Kansas, aiming to learn about the boy her father once was.” 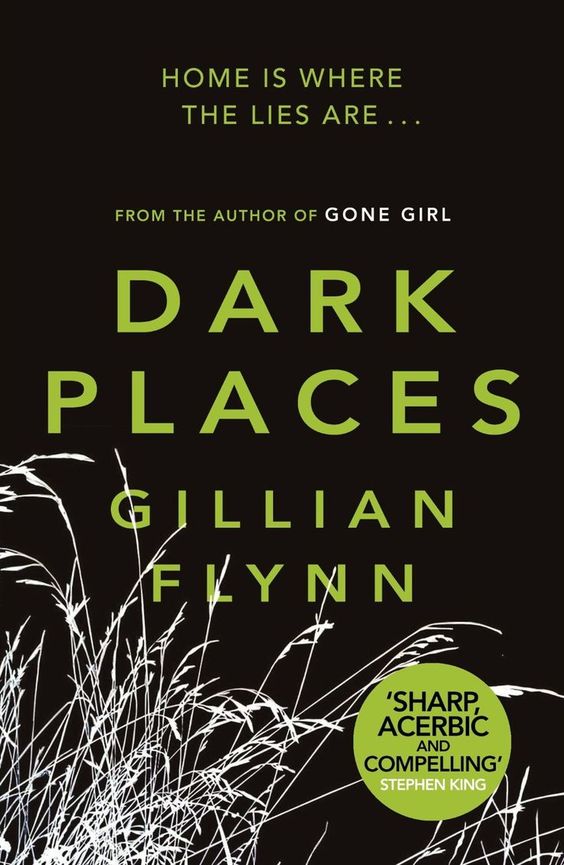 “Libby Day was seven when her mother and two sisters were murdered in “The Satan Sacrifice of Kinnakee, Kansas.” She survived—and famously testified that her fifteen-year-old brother, Ben, was the killer. Twenty-five years later, the Kill Club—a secret society obsessed with notorious crimes—locates Libby and pumps her for details. They hope to discover proof that may free Ben. Libby hopes to turn a profit off her tragic history: She’ll reconnect with the players from that night and report her findings to the club—for a fee. As Libby’s search takes her from shabby Missouri strip clubs to abandoned Oklahoma tourist towns, the unimaginable truth emerges, and Libby finds herself right back where she started—on the run from a killer.” 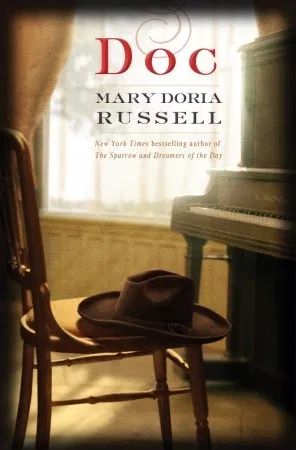 “Born to the life of a Southern gentleman, Dr. John Henry Holliday arrives on the Texas frontier hoping that the dry air and sunshine of the West will restore him to health. Soon, with few job prospects, Doc Holliday is gambling professionally with his partner, Mária Katarina Harony, a high-strung, classically educated Hungarian whore. In search of high-stakes poker, the couple hits the saloons of Dodge City. And that is where the unlikely friendship of Doc Holliday and a fearless lawman named Wyatt Earp begins— before the gunfight at the O.K. Corral links their names forever in American frontier mythology—when neither man wanted fame or deserved notoriety.”

9. The Scent of Rain and Lightning by Nancy Pickard 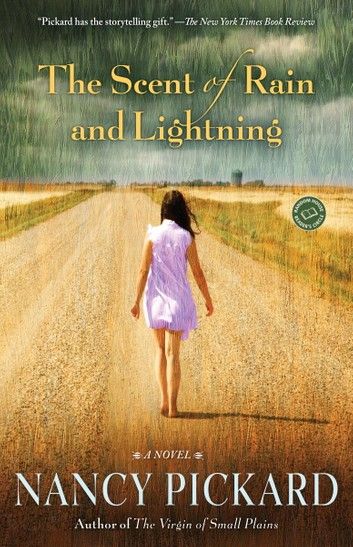 “One beautiful summer afternoon, Jody Linder receives shocking news: The man convicted of murdering her father is being released from prison and returning to the small town of Rose, Kansas. It has been twenty-three years since that stormy night when her father was shot and killed and her mother disappeared, presumed dead. Neither the protective embrace of Jody’s three uncles nor the safe haven of her grandparents’ ranch could erase the pain caused by Billy Crosby on that catastrophic night.” “Dorothy and her canine pal Toto live a quiet life on a Kansas farm with Uncle Henry and Aunt Em. But one day, the little girl and her dog find themselves spirited away from the fields of Kansas, to the magical land of Oz! Dorothy and Toto meet many friends on the yellow-brick road to Emerald City, where she hopes to find a way home to Kansas– but when she arrives, the city’s mysterious ruler, the Wizard of Oz, is not what she expects!”