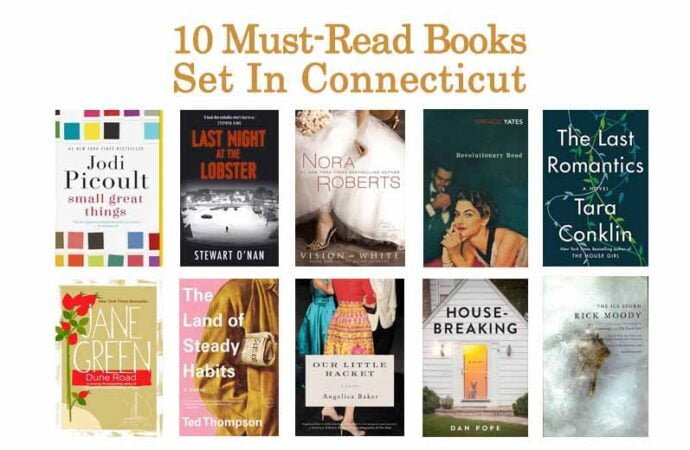 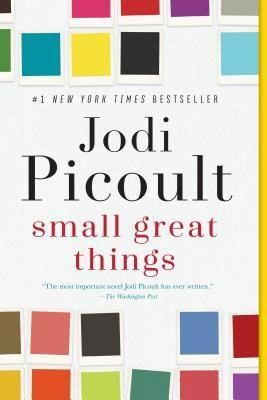 “Ruth Jefferson is a labor and delivery nurse at a Connecticut hospital with more than twenty years’ experience. During her shift, Ruth begins a routine checkup on a newborn, only to be told a few minutes later that she’s been reassigned to another patient. The parents are white supremacists and don’t want Ruth, who is African American, to touch their child. The hospital complies with their request, but the next day, the baby goes into cardiac distress while Ruth is alone in the nursery. Does she obey orders or does she intervene?”

2. Last Night at the Lobster: A Novel by Stewart O’Nan 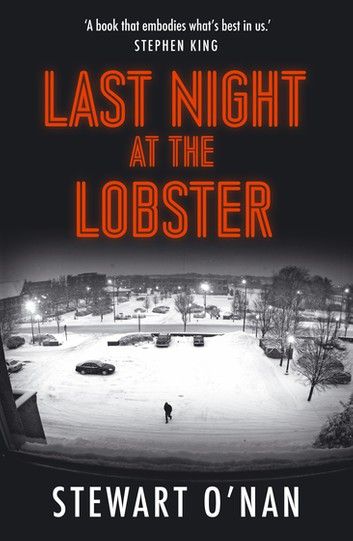 “Perched in the far corner of a run-down New England mall, the Red Lobster hasn’t been making its numbers and headquarters has pulled the plug. But manager Manny DeLeon still needs to navigate a tricky last shift–just four days before Christmas and in the midst of a fierce blizzard–with a near-mutinous staff and the final onslaught of hungry retirees, lunatics, and holiday office parties. All the while, he’s wondering how to handle the waitress he’s still in love with, his pregnant girlfriend, and where to find the present that will make everything better.” 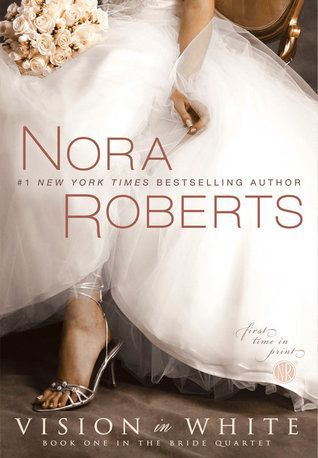 “Four childhood friends have teamed up to form Vows, one of Connecticut’s premier wedding planning companies. Parker, Emma, Laurel, and Mac have become experts at making every bride’s dreams come true. But when they’re faced with the whims of their own hearts, things never go as planned….” 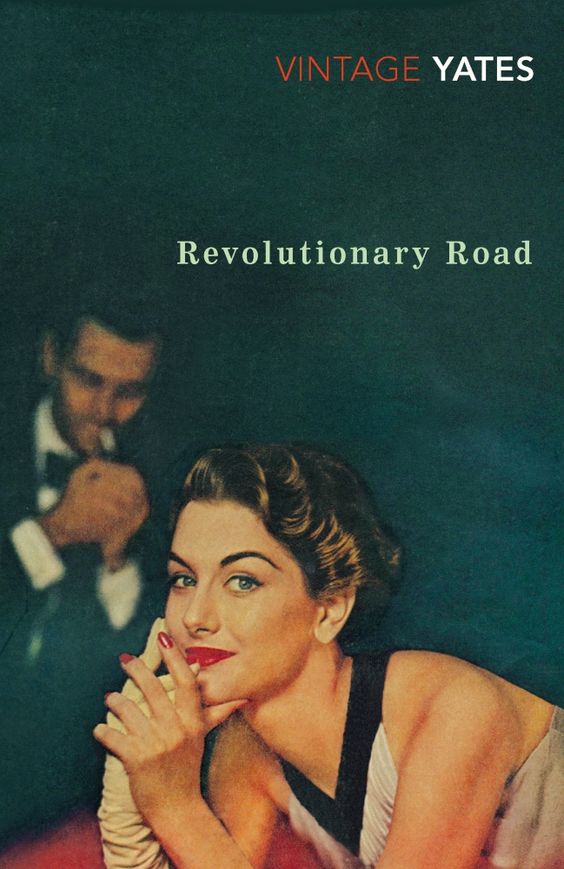 “Hailed as a masterpiece of realistic fiction and as the most evocative portrayal of the opulent desolation of the American suburbs since its publication in 1961, Revolutionary Road is the story of Frank and April Wheeler, a bright, beautiful, and talented couple who have lived on the assumption that greatness is only just around the corner. With heartbreaking compassion and remorseless clarity, Richard Yates shows how Frank and April mortgage their spiritual birthright, betraying not only each other, but their best selves.”

5. The Last Romantics: A Novel by Tara Conklin 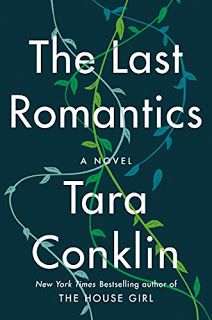 “When the renowned poet Fiona Skinner is asked about the inspiration behind her iconic work, The Love Poem, she tells her audience a story about her family and a betrayal that reverberates through time. It begins in a big yellow house with a funeral, an iron poker, and a brief variation forever known as the Pause: a free and feral summer in a middle-class Connecticut town. Caught between the predictable life they once led and an uncertain future that stretches before them, the Skinner siblings—fierce Renee, sensitive Caroline, golden boy Joe and watchful Fiona—emerge from the Pause staunchly loyal and deeply connected. Two decades later, the siblings find themselves once again confronted with a family crisis that tests the strength of these bonds and forces them to question the life choices they’ve made and ask what, exactly, they will do for love.” 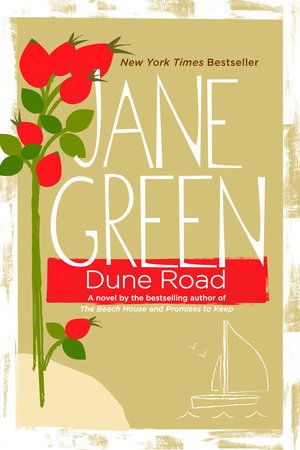 “Set in tony Highfield, Connecticut, where recent divorcee Kit Hargrove has joyfully exchanged the requisite diamond studs and Persian rugs of a Wall Street Widow for a clapboard Cape with sea-green shutters and sprawling impatiens. Her kids are content, her ex cooperative, and each morning she wakes up to her dream job: assisting the blockbuster novelist Robert McClore. Then an unexpected series of events forces Kit to realize that her blissfully constructed idyll and blossoming new romance aren’t as perfect as she thought.”

7. The Land of Steady Habits: A Novel by Ted Thompson 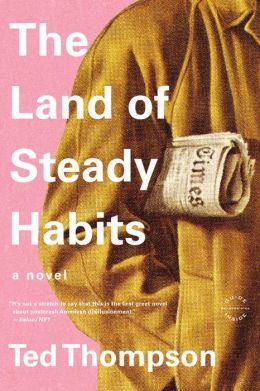 “For Anders Hill, long ensconced in the affluent, insular villages of suburban Connecticut that some call “the land of steady habits,” it’s finally time to reap the rewards of his sensibly-lived life. Newly retired after decades of doing everything right, Anders finds that the contentment he’s been promised is still just out of reach. So he decides he’s had enough of stability: he leaves his wife, buys a condo, and waits for freedom to transform him.”

8. Our Little Racket by Angelica Baker 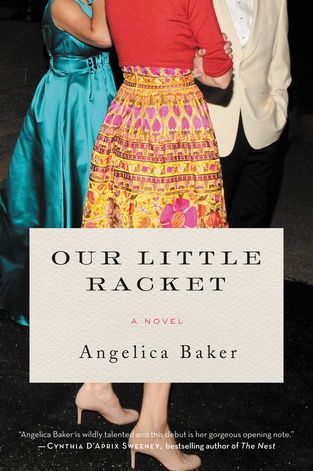 “The women of Greenwich, Connecticut, have never thought to question the wealth or the security of their community. But at the onset of a great national recession, they find themselves forced to reckon, for the first time, with the fragility of their sheltered lives. The investment bank Weiss & Partners has shuttered, and in the wake of CEO Bob D’Amico’s downfall, five women in his life scramble to negotiate power on their own terms and ask themselves what—if anything—is worth saving.”

9. Housebreaking: A Novel by Dan Pope 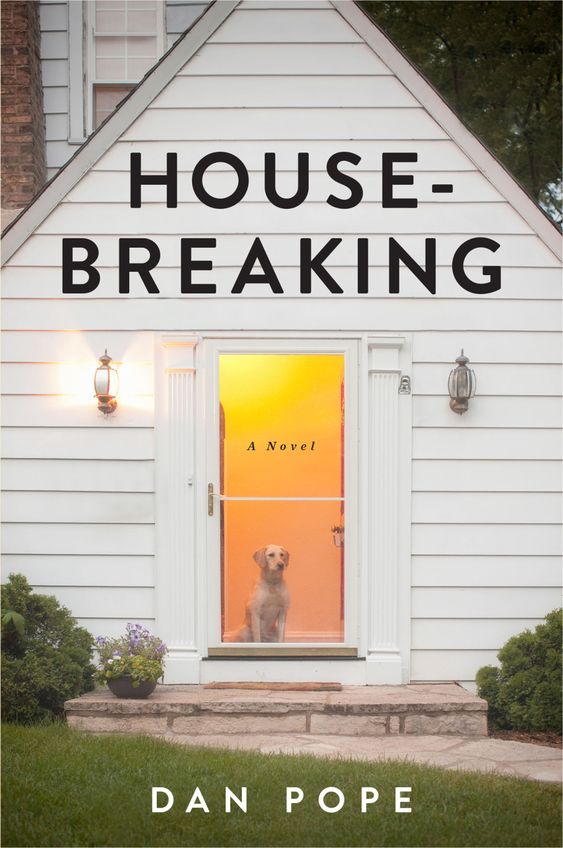 “When Benjamin’s wife kicks him out of their house, he returns to his childhood home in Connecticut to live with his widowed father. Lost, lonely, and doubting everything he felt he knew about marriage and love—even as his eighty-year-old father begins to date again—Benjamin is trying to put his life back together when he recognizes someone down the street: his high school crush, the untouchable Audrey Martin. Audrey has just moved to the neighborhood with her high-powered lawyer husband and their rebellious teenager, Emily. As it turns out, Audrey isn’t so untouchable anymore, and she and Benjamin begin to discover, in each other’s company, answers to many of their own deepest longings.”

10. The Ice Storm by Rick Moody 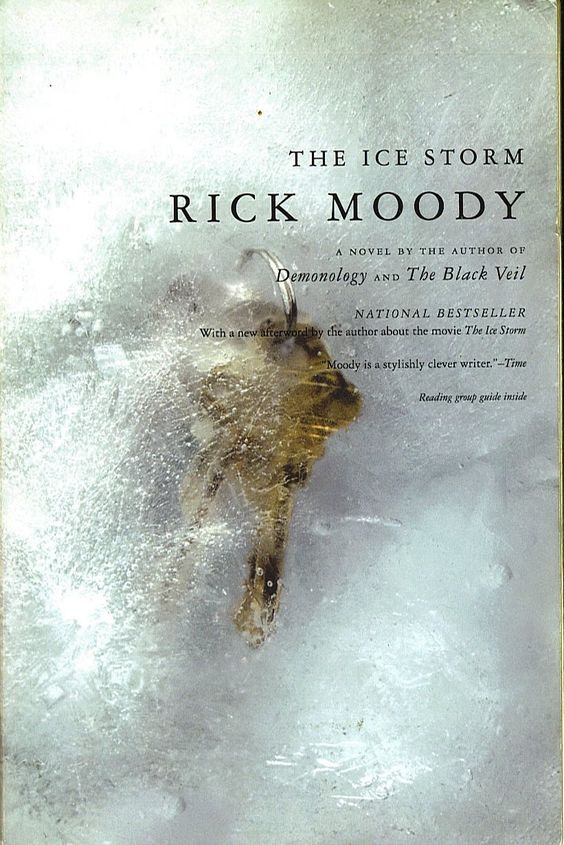 The year is 1973. As a freak winter storm bears down on an exclusive, affluent suburb in Connecticut, cark skid out of control, men and women swap partners, and their children experiment with sex, drugs, and even suicide. Here two families, the Hoods and the Williamses, com face-to-face with the seething emotions behind the well-clipped lawns of their lives-in a novel widely hailed as a funny, acerbic, and moving hymn to a dazed and confused era of American life.