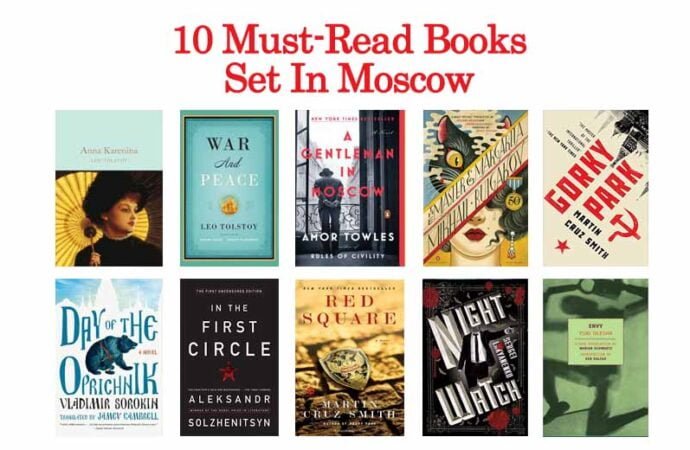 These 10 must-read books set in Moscow range in time from the 1800s to the present and feature the Russian capital. Take a trip to Big Village with these books that take place in Moscow, Russia. 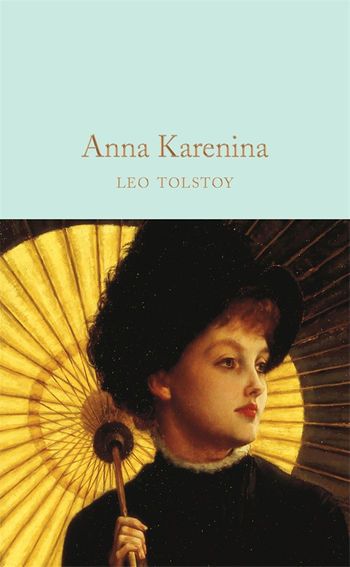 “Anna Karenina is filled with major and minor characters who exist in their own right and fully embody their mid-nineteenth-century Russian milieu, but it still belongs entirely to the woman whose name it bears, whose portrait is one of the truest ever made by a writer.”

2. War and Peace by Leo Tolstoy 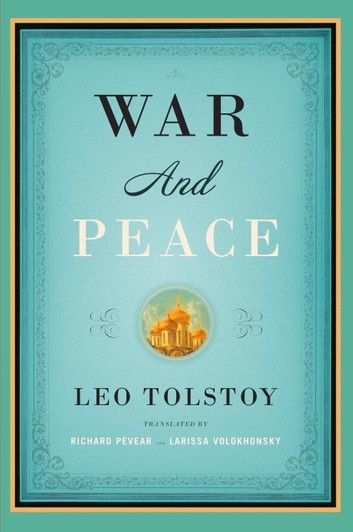 War and Peace broadly focuses on Napoleon’s invasion of Russia in 1812 and follows three of the most well-known characters in literature: Pierre Bezukhov, the illegitimate son of a count who is fighting for his inheritance and yearning for spiritual fulfillment; Prince Andrei Bolkonsky, who leaves his family behind to fight in the war against Napoleon; and Natasha Rostov, the beautiful young daughter of a nobleman who intrigues both men.

3. A Gentleman in Moscow by Amor Towles 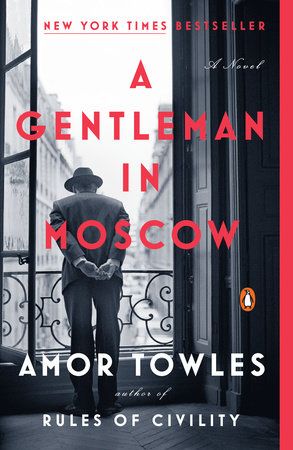 “In 1922, Count Alexander Rostov is deemed an unrepentant aristocrat by a Bolshevik tribunal, and is sentenced to house arrest in the Metropol, a grand hotel across the street from the Kremlin. Rostov, an indomitable man of erudition and wit, has never worked a day in his life, and must now live in an attic room while some of the most tumultuous decades in Russian history are unfolding outside the hotel’s doors. Unexpectedly, his reduced circumstances provide him entry into a much larger world of emotional discovery.”

4. The Master and Margarita by Mikhail Bulgakov 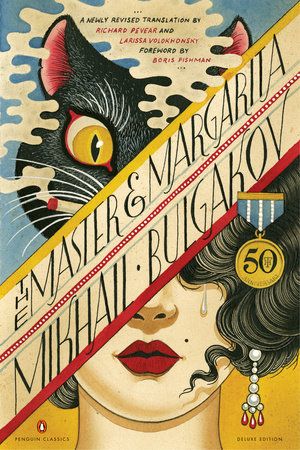 “One spring afternoon, the Devil, trailing fire and chaos in his wake, weaves himself out of the shadows and into Moscow. Mikhail Bulgakov’s fantastical, funny, and devastating satire of Soviet life combines two distinct yet interwoven parts, one set in contemporary Moscow, the other in ancient Jerusalem, each brimming with historical, imaginary, frightful, and wonderful characters. Written during the darkest days of Stalin’s reign, and finally published in 1966 and 1967, The Master and Margarita became a literary phenomenon, signaling artistic and spiritual freedom for Russians everywhere.” 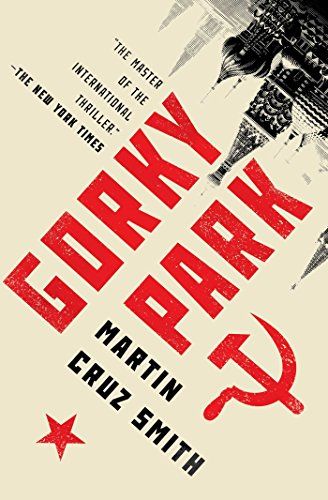 “It begins with a triple murder in a Moscow amusement center: three corpses found frozen in the snow, faces and fingers missing. Chief homicide investigator Arkady Renko is brilliant, sensitive, honest, and cynical about everything except his profession. To identify the victims and uncover the truth, he must battle the KGB, FBI, and the New York City police as he pursues a rich, ruthless, and well-connected American fur dealer. Meanwhile, Renko is falling in love with a beautiful, headstrong dissident for whom he may risk everything.”

6. Day of the Oprichnik by Vladimir Sorokin 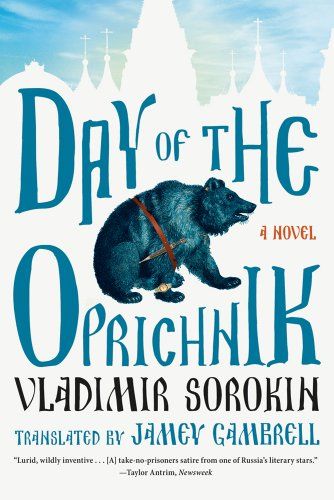 “A startling, relentless portrait of a troubled and troubling Russian empire, Vladimir Sorokin’s Day of the Oprichnik is at once a richly imagined vision of the future and a razor-sharp diagnosis of a country in crisis.”

7. The First Circle by Aleksandr Solzhenitsyn “Moscow, Christmas Eve, 1949. The Soviet secret police intercept a call made to the American embassy by a Russian diplomat who promises to deliver secrets about the nascent Soviet Atomic Bomb program. On that same day, a brilliant mathematician is locked away inside a Moscow prison that houses the country’s brightest minds. He and his fellow prisoners are charged with using their abilities to sleuth out the caller’s identity, and they must choose whether to aid Joseph Stalin’s repressive state—or refuse and accept transfer to the Siberian Gulag camps . . . and almost certain death.” 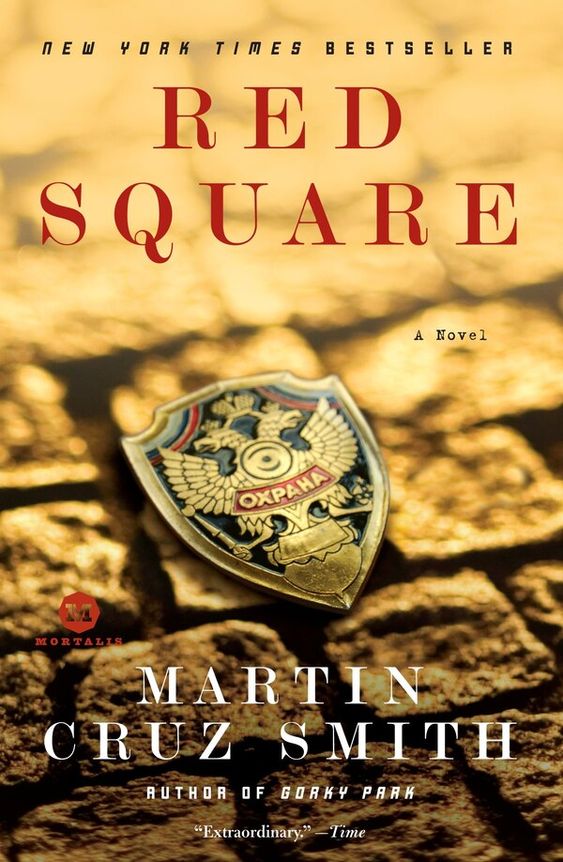 “Back from exile in the hellish reaches of the Soviet Union, homicide investigator Arkady Renko discovers that his country, his Moscow, even his job, are nearly dead. But his enemies are very much alive, and foremost among them are the powerful black-market crime lords of the Russian mafia. Hounded by this terrifying new underworld, chased by the ruthless minions of the newly rich and powerful, and tempted by his great love, defector Irina Asanova, Arkady can only hope desperately for escape. But fate has something else in store.”

9. The Night Watch by Sergei Lukyanenko 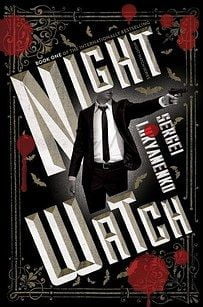 “Set in contemporary Moscow, the Night Watch series tells the story of the Others, an ancient race of magicians, shape-shifters, vampires, and other supernatural beings that live among us, and swear allegiance to either the powers of Darkness or the forces of Light. For the past 1000 years, the two sides have been locked in an uneasy truce, keeping their powers in balance as each side secretly plots to take the advantage for themselves. The forces of the Light tasked with keeping the Dark Others in check are the Night Watch.

“Night Watch features Anton Gorodetsky, a mid-level Light magician, who during his first field assignment, stumbles upon a cursed young woman—an Other of tremendous potential power who has yet to choose between Light and Darkness. As the two sides prepare for battle, Anton discovers that their destinies are closely intertwined, and the slightest wrong move could cause the destruction of Moscow, or even the world.” 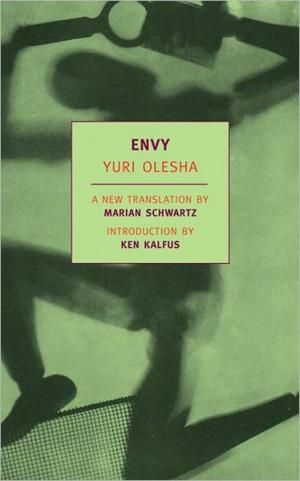 “One of the delights of Russian literature, a tour de force that has been compared to the best of Nabokov and Bulgakov, Yuri Olesha’s novella Envy brings together cutting social satire, slapstick humor, and a wild visionary streak. Andrei is a model Soviet citizen, a swaggeringly self-satisfied mogul of the food industry who intends to revolutionize modern life with mass-produced sausage. Nikolai is a loser. Finding him drunk in the gutter, Andrei gives him a bed for the night and a job as a gofer. Nikolai takes what he can, but that doesn’t mean he’s grateful. Griping, sulking, grovelingly abject, he despises everything Andrei believes in, even if he envies him his every breath.”