What Happens When Truth Catches Up With Fiction? 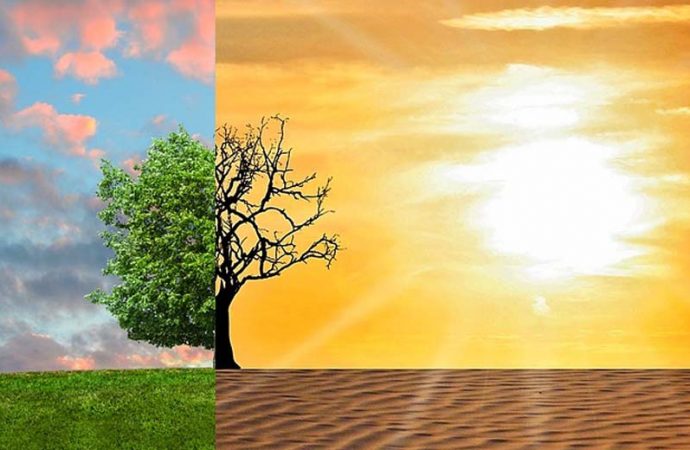 Novelist-poet-playwright Doris Lessing famously said:  “There’s no doubt that fiction makes a better job of the truth.”  It is interesting, however, that—at least in the case of climate fiction (cli-fi)—the truth is catching up with fiction much faster than anticipated. 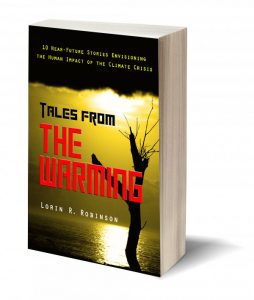 Tales from The Warming by Lorin R. Robinson

In my book, Tales from The Warming, I tried to apply Lessing’s dictum to telling the truth through fiction about what I call “the warming.” Until recently, the warming has been framed primarily in scientific terms.  What’s happening to our planet has been and is being thoroughly documented, described and defined by climate and earth science.

But the science-based warnings about the climate crisis have not resonated well with the public. Despite decades of red flags, recent polls indicate that only 66 percent of Americans believe global warming is real and that the phenomenon’s existence is supported by solid evidence.  And, despite clear evidence to the contrary, just 59 percent believe its effects have begun, while only 45 percent think it poses a serious threat during their lifetimes.  (Gallup, March 2019).

Science sometimes can be its own worst enemy. Couching warnings in scientific jargon, statistics, charts and graphs can render people comatose. Because writing about implications, “what ifs”, is outside the realm of objective science, people are left struggling to understand why they should care. They can’t relate to what they’re reading and hearing.

However, it’s been suggested that fiction based on warming scenarios proposed by climate science could help bridge that gap.

“Why do we believe or disbelieve the evidence we see for climate change?  Science doesn’t tell us what we should do. It only tells us what is.”

The 10 stories that comprise Tales from The Warming take readers around the world and over time to experience the human impact of the climate crisis. The stories are thought exercises in which the warming places people in harm’s way or in which they struggle to find ways to mitigate its effects. They were written between 2014 and 2015 based on what were then worst-case scenarios suggested by the climate data.

Well, that was then; this is now.

Since the stories were written, the pace of the warming has increased.  Glaciers and ice caps are melting more rapidly than expected resulting in accelerating sea level increases, the planet is heating faster than anticipated and the weather is becoming more and more unstable and severe.

The June 24 issue of Time Magazine is devoted to a single topic—“Our Sinking Planet.”  On the cover is an arresting photo of a glum UN Secretary General António Guterres in a suit standing knee-deep in the surf off a Tuvaluan island in the Pacific. Tuvalu is one of the world’s countries most endangered by the warming.

“Exodus” is my story imaging the evacuation of Viatupu, one of the eight inhabited islands of that Polynesian nation. The islands, as is the case with many Pacific atolls, are subsiding. Their subsidence is no longer being offset by the growth of the coral that underpins them. The coral is dying in the warming ocean waters and the islands are slowing sinking beneath the waves while saltwater incursion is poisoning wells and crops. Most of Tuvalu’s 10,000 citizens believe evacuation will be necessary within this generation.

Another case in point. The story “Kilimanjaro” in Tales from The Warming is set in 2022. It’s the story of a television journalist who climbs the 19,000-foot peak to be present when the last of its iconic icecap melts. Predictions at the time the story was written were that the mountain’s crest would be bare before mid-decade. A more recent prediction is that the icecap will be gone by next year.

Bangladesh bears the stigma of topping all lists of nations most adversely affected by the warming. The story “A Perfect Storm” tells the tale of one Bangladeshi family’s struggle to survive a combined monsoon and massive cyclone roaring in from Bay of Bengal. The low-lying south of Bangladesh is being pounded by more increasingly severe weather and rising ocean levels that threaten to make it virtually uninhabitable.

In Tales from The Warming, lovers Francesca and Paulo—in the story of that name—join others in efforts to save Venice’s magnificent works of art as museums and churches are emptied to save the city’s artistic heritage from the encroaching waters of the Adriatic.  Venice has been slowing sinking since it was built in the 12th Century, but warming-induced sea level rise is speeding up the process resulting in frequent flooding. And the waters are rising more rapidly than predicted.  Many buildings have already lost their first floors to the water.

In contrast, the heating of the planet is causing ever-more-severe drought conditions elsewhere. One of the nations most affected is South Sudan, near the edge of the expanding Sahara.  It’s listed as the sixth most global-warming endangered country because it is drying up, leading to genocide between its tribes over the increasingly limited viable agricultural land. The story “Deepest and Darkest” details a war between two of these tribes as witnessed by a Médecins Sans Frontières doctor caught in the middle of the conflict.

As the story of the warming continues to unfold, it will, in reality, be thousands of stories as nations, regions, cities, families and individuals all over the planet struggle to come to grips with its civilization-changing impact. Lessing is probably right. Fiction does a better job with the truth. But another saying comes to mind—truth is stranger than fiction. And that, I fear, is what the future holds for us all. 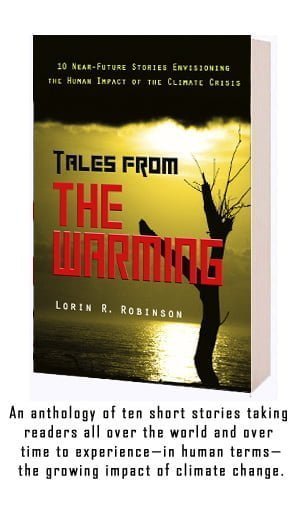