There is something calming, magical, and mystical about rivers. Nature (and book) lovers will love with these 10 beautiful books featuring rivers. 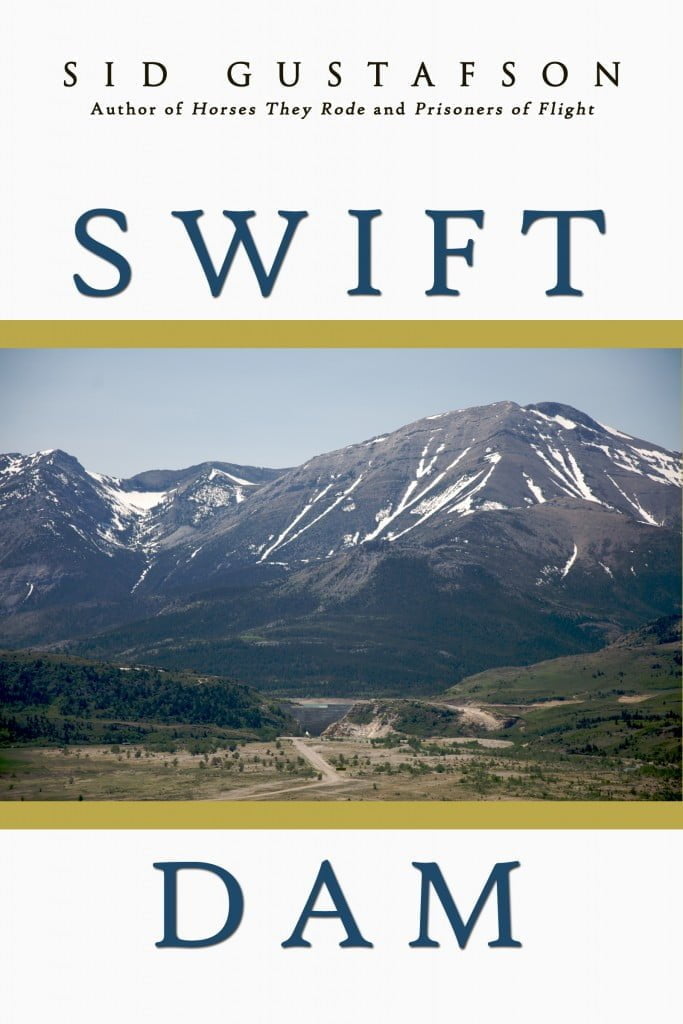 “It had been a long snowy winter and spring. The rivers were late rising, and the mountains held onto a pure white snow-cover. Rain fell upon the deep winter snow the day before the Flood of ’64. Waters rose, the rivers raged. The dam failed to hold the Birch Creek flow, and broke, giving way to a wall of water and drowning the Indians… Swift Dam celebrates the native land and the Natives who survive as they have survived throughout time, perilously. It is the story of a veterinarian who attempts to sustain and nurture life on the land, his empathy with the living, and his sympathy for the dead and dying.”

2. The Adventures of Huckleberry Finn by Mark Twain 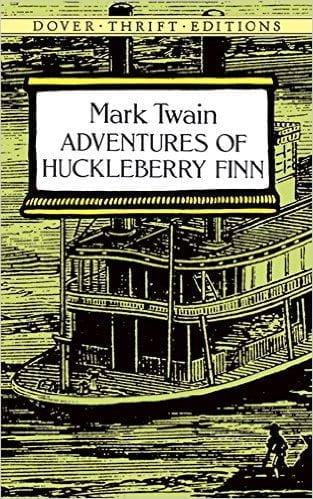 “The novel’s preeminence derives from its wonderfully imaginative re-creation of boyhood adventures along the mighty Mississippi River, its inspired characterization, the author’s remarkable ear for dialogue, and the book’s understated development of serious underlying themes: “natural” man versus “civilized” society, the evils of slavery, the innate value and dignity of human beings, the stultifying effects of convention, and other topics.” 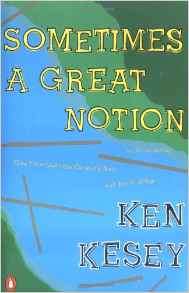 “The magnificent second novel from the legendary author of One Flew Over the Cuckoo’s Nest and Sailor Song is a wild-spirited and hugely powerful tale of an Oregon logging clan. A bitter strike is raging in a small lumber town along the Oregon coast. Bucking that strike out of sheer cussedness are the Stampers: Henry, the fiercely vital and overpowering patriarch; Hank, the son who has spent his life trying to live up to his father; and Viv, who fell in love with Hank’s exuberant machismo but now finds it wearing thin. And then there is Leland, Henry’s bookish younger son, who returns to his family on a mission of vengeance – and finds himself fulfilling it in ways he never imagined. Out of the Stamper family’s rivalries and betrayals Ken Kesey has crafted a novel with the mythic impact of Greek tragedy.”

4. Heart of Darkness by Joseph Conrad 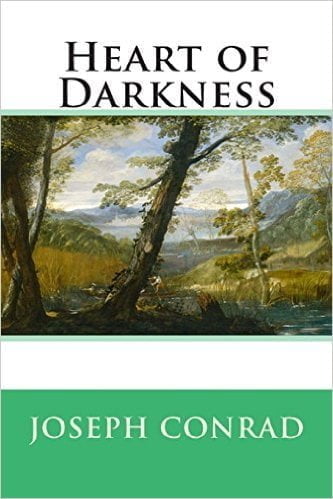 “Heart of Darkness (1899) is a short novel by Polish novelist Joseph Conrad, written as a frame narrative, about Charles Marlow’s experience as an ivory transporter down the Congo River in Central Africa. The river is “a mighty big river, that you could see on the map, resembling an immense snake uncoiled, with its head in the sea, its body at rest curving afar over a vast country, and its tail lost in the depths of the land”.”

5. Prisoners of Flight by Sid Gustafson 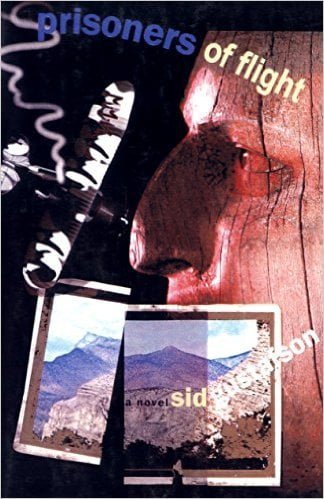 “Two former prisoners of the Vietnam War, one an Indian from the Blackfeet Indian Reservation and the other a veterinarian, both alcoholic and psychologically scarred, reunite and fly to Montana’s Glacier National Park. When they make a forced landing in the wilderness, their plane breaks a strut and they have no choice but to make camp for the winter. Eventually, two young sisters who have wandered off their trail join them. Marooned together in a small cabin during fierce winter storms, they struggle to keep warm, find enough to eat and, hopefully, wait for a break in the weather. All four are lost, not only physically, but also psychically, and it is this unplanned intimacy, the struggle to survive, and the developing friendships that lead to the transformations that lie at the heart of this novel.”

6. The Wind in the Willows by Kenneth Grahame 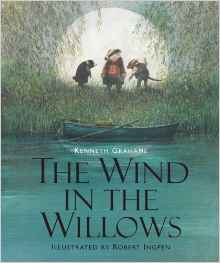 “For more than a century, The Wind in the Willows and its endearing protagonists–Mole, Mr. Toad, Badger, and Ratty–have enchanted children of all ages. Whether the four friends are setting forth on an exciting adventure, engaging in a comic caper, or simply relaxing by the River Thames, their stories are among the most charming in all English literature. This keepsake edition of Kenneth Grahame’s beloved novel features gorgeous art throughout, making it a must-have for every child’s library.”

7. A River Runs Through It by Norman Maclean “Based on Norman Maclean’s childhood experiences, A River Runs Through It has established itself as one of the most moving stories of our time; it captivates readers with vivid descriptions of life along Montana’s Big Blackfoot River and its near magical blend of fly fishing with the troubling affections of the heart.” 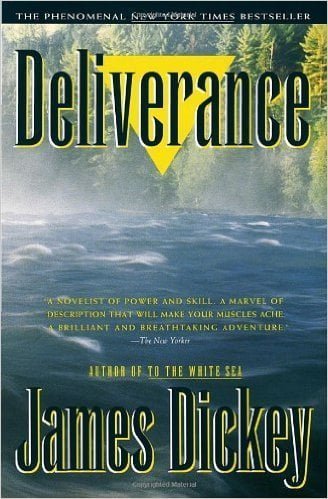 9. Love in the Time of Cholera by Garbriel Garcia Marquez 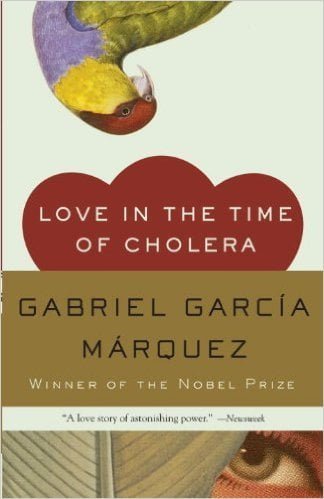 “In their youth, Florentino Ariza and Fermina Daza fall passionately in love. When Fermina eventually chooses to marry a wealthy, well-born doctor, Florentino is devastated, but he is a romantic. As he rises in his business career he whiles away the years in 622 affairs—yet he reserves his heart for Fermina. Her husband dies at last, and Florentino purposefully attends the funeral. Fifty years, nine months, and four days after he first declared his love for Fermina, he will do so again.” 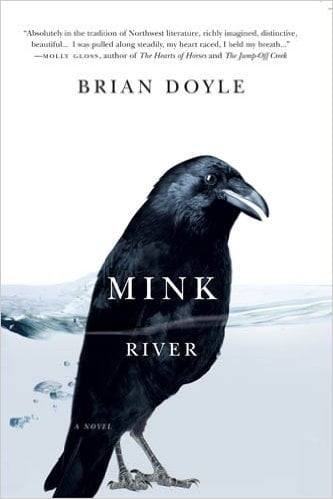 “It’s the tale of a town, written in a distinct and lyrical voice, and readers will close the book more than a little sad to leave the village of Neawanaka, on the wet coast of Oregon, beneath the hills that used to boast the biggest trees in the history of the world.” 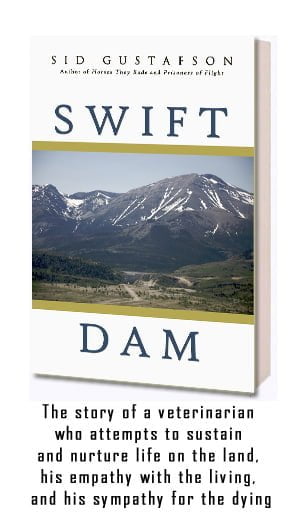