Review: The Sugar Maple Grove: A Powerful Saga Of Confrontation, Uprising, And Change 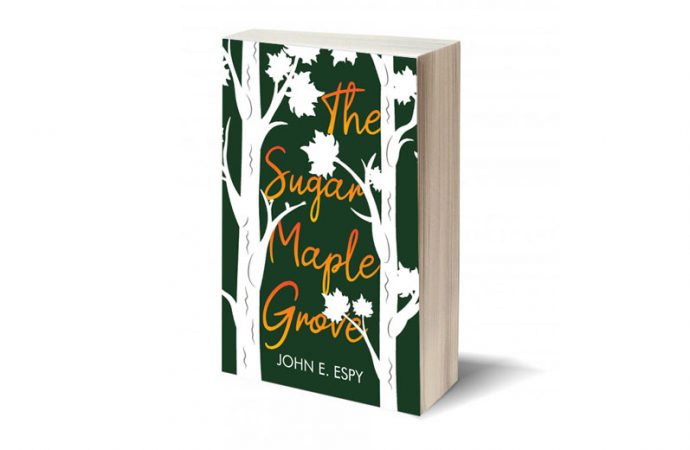 Historical fiction readers interested in 20th century small-town Kentucky’s struggles with racial strife will find The Sugar Maple Grove a powerful saga of confrontation, uprising, and change. It holds a frightening message for modern times as it outlines the possibility of the kinds of prejudice this nation may be returning to. 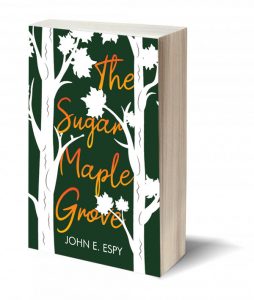 As such, John E. Espy’s message, albeit seemingly about the past, could not hold a more timely reminder of our possible future as the story unfolds. It presents one woman’s revolt against prejudice and murder, which resonates through the years to affect future generations determined not to let repression take over again.

From courts that condoned the status quo and inhumane operations and perceptions to the corporate tyranny that condoned these attitudes for the sake of their bottom lines, The Sugar Maple Grove is replete with eye-opening observations made all the more powerful for the colloquial accents of its presentation, as in these opening lines: “And then, there was Flem. Flem Lemaster’d had three brothers, who now are long at rest. And always when he was tossin’ and turnin’ this way and that, the same distressin’ dream would come to haunt him and he’d see them after the blast, layin’ there boxed-up with their arms forever folded across their breasts. On that airish fall morning about 6:00 or so, he awoke to a thick hoary fog covering the holler.”

Espy’s ability to cultivate unique local voices, hard-hitting perspectives, and changing lives, and his focus on making subtle links between the immediacy and events of the past and modern times is what gives The Sugar Maple Grove its impressive strength.

The revelations of how individuals are influenced are particularly well written: “Happy Jack listened and listened. The more time he dedicated to listening and learning the ins and the outs of union organizing, the better his life got. Brand new this and brand new that, it always seemed he had something new to show off, either by folks noticing or him just outright bragging it up.”

Under another hand, these events would have been regulated to historical matters. Between Espy’s powerful descriptions and his attention to capturing the social and cultural atmosphere (as well as the politics) of the times, readers are in for a real treat. The novel that is striking in both its voice, its descriptions, and its captivating chronicle of how people bow down to or rise up against prejudice and forces of greed and repression.

Readers seeking a hard-hitting, powerful novel of a changing world and the forces and choices that dictate its directions should consider The Sugar Maple Grove a ‘must’ not just for its exploration of the past, but for its undercurrent of warning about the future of relationships and freedom in America.

Related: Read An Excerpt From The Sugar Maple Grove By John E. Espy 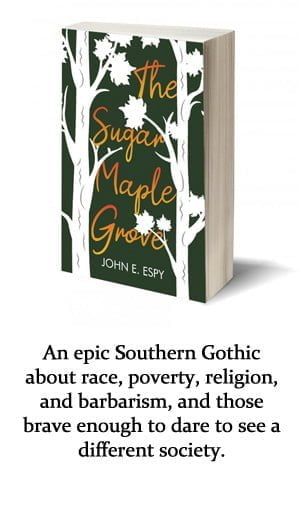