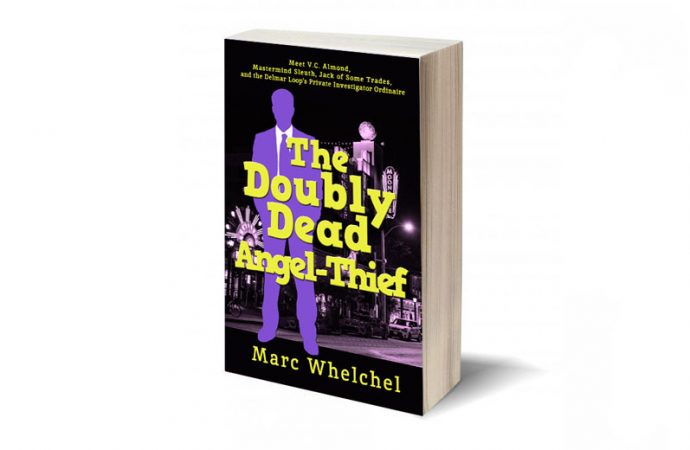 The Doubly Dead Angel-Thief, by Marc Whelchel, is a murder-mystery like no other. 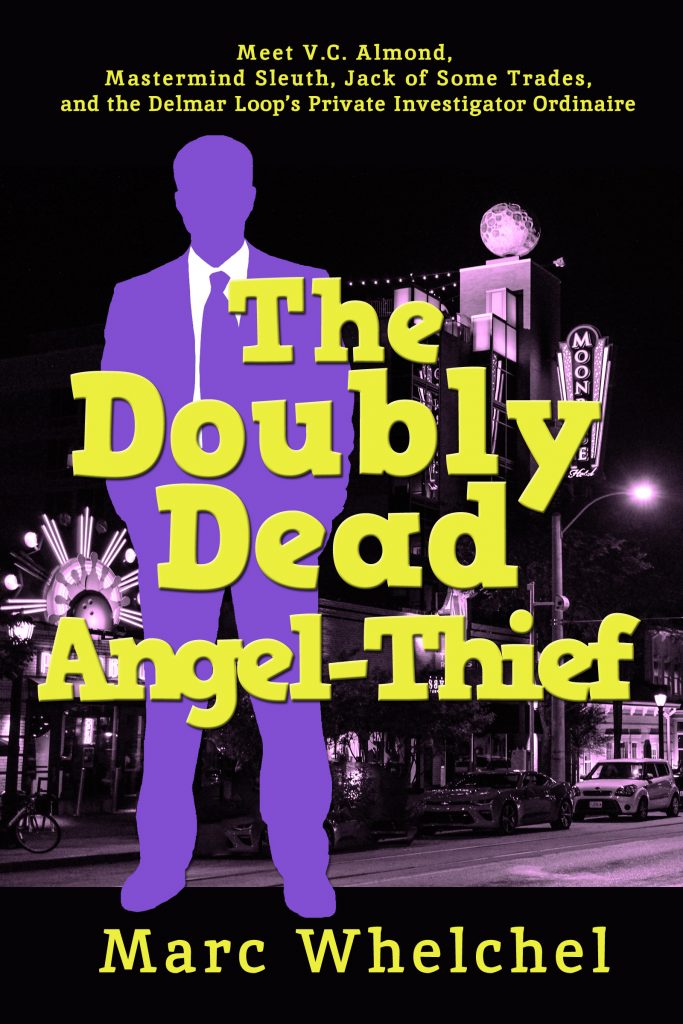 When I received an email asking me to read and review The Doubly Dead Angel-Thief by the author, the title intrigued me, and I agreed. When it arrived, after I read the first couple of pages I thought it was going to be a let-down, or as the main character V.C. Almond would say, asinine. That said, I tried again and am very glad I did as it is a brilliant story and quite unlike anything I have read previously.

V.C. Almond is divorced, broke and living above rat trap apartment. His friend, Jake Kennedy (son of crime boss/gangster Big Jamie Kennedy) has committed suicide). On the night of Jake’s funeral, Jake turns up at his apartment only to murdered – dying for the second time!

Jake’s second death goes unreported, even though the police turn up, remove the body and clean the crime scene. So along with his friend, private investigate Aldous Lewie, V.C. reluctantly agrees to solve the murder of the double-dead Kennedy!

Overall, I found The Doubly Dead Angel-Thief to be a well-crafted, humorous, murder-mystery crime thriller. It has an eclectic mix of quirky, unstable characters that make the story fun and entertaining, with V.C. Almond – Mastermind Sleuth, Jack of Some Trades and Resume Writer (among a plethora of other jobs), gangsters (Big Jamie and Big Gay Sal), thugs, strippers, musicians (T-Bone) and the psychotic bar owner, Bobby. Big Gay Sal and Booby have to be my favourites as just so unpredictable.

It has lots of humour, self-deprecation as well as romance but manages to combine them extremely well with a serious crime thriller. Will V.C. and his friends manage to solve the riddle of the born again dead-friend?

The Doubly Dead Angel-Thief is a very refreshing, interesting and truly enjoyable read with lots of twists and turns that will keep your focus right to the very last page.

It you like crime thrillers and humour then this is definitely one to read. Despite my initial thoughts after the first couple of pages, I loved it!

Marc Whelchel is an author I shall be looking out for in the future.