Review: Rosemary In Bloom: A Warm, Dramatic Novel About Love And Family During WWII 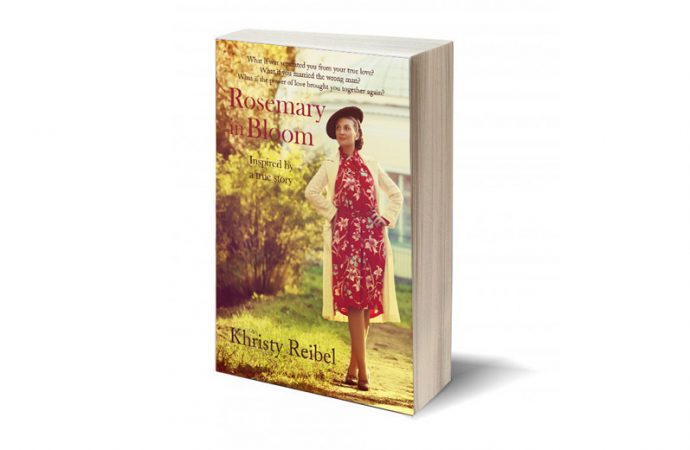 Rosemary in Bloom by Khristy Reibel is the story of Rosemary and Albert’s romance, under the shadows of World War II. When they meet, they’re young teens, both working in Owens-Illinois Glass Factory, but the course of their relationship will cover many years with many ups and downs. 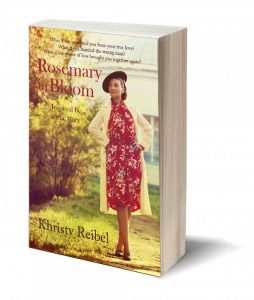 I really enjoyed the period details in this novel. The author uses small details to set the scene. For example, when Albert asks to borrow the family car to take Rosemary out, Albert’s dad worries about gas ration coupons. In the small town, Albert and Rosemary discuss whether they’ll get married at St. Anthony’s (the German church) or St. Stephens (the Slovak church). Every detail, whether it’s a character’s outfit or their favorite candy, matches the time period.

This novel tells an engaging story, but something is slightly off with the pacing. Rosemary and Albert’s initial courtship is shown as a gentle series of dates, slowed further by the perspective switching between Rosemary and Albert as their feelings grow. But after he enlists, it’s about two seconds later that she meets, marries, and gets pregnant by someone else. Obviously her second courtship wasn’t going to be as dramatic, but I wanted to see some reason that Rosemary liked him. Especially after the slow burn with Albert, Rosemary’s relationship with Harry felt abrupt.

Most of the relationships in this novel are full and complex, although I thought Rosemary’s husband Harry lacked nuance. I understood that she wanted someone who wasn’t going to enlist and leave her, and that Harry was too self-centered to enlist. But it was a bit jarring to have a one-note self-centered jerk, since the other relationships in this book have a lot more layers. The relationships between family members were especially realistic. For example, when her brother Junie (Junior) enlists and is ultimately wounded, Rosemary feels a realistic, complicated mix of worry and anger. At times, Rosemary also struggles to get along with older sister Virginia, who’s own struggles make it hard for her to be as caring and cheerful as she might mean to be. These, and the family relationships in Albert’s house, all seemed honest and realistic.

This is a warm and dramatic novel about love and family on the home front. 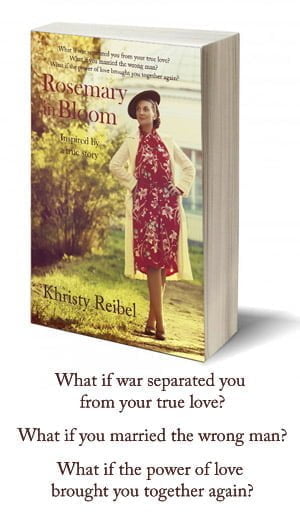