Review: Beneath The Same Heaven: Terrorism Shatters A Modern-Day Family 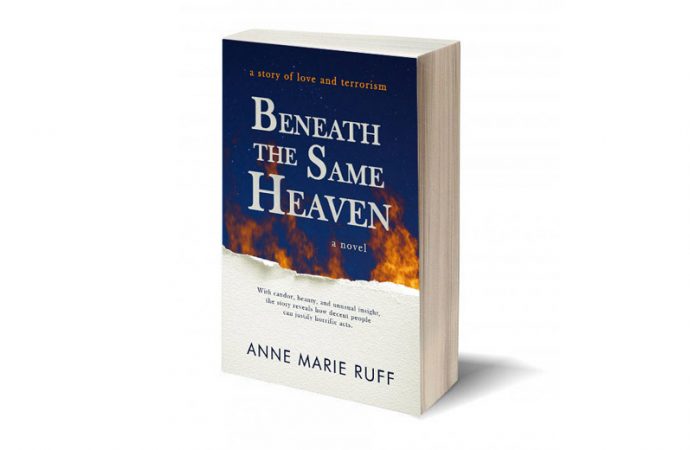 A story of love and terrorism. 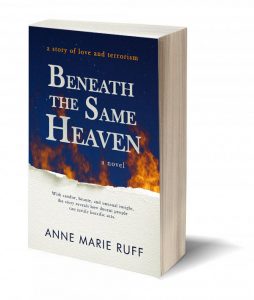 Beneath the Same Heaven by Anne Marie Ruff

Beneath the Same Heaven is a love story of an American woman and a Pakistani-born Muslim man, who seem to have bridged the divide between Western and Islamic world views. But when the husband’s father is killed by a US drone attack near the Afghan border, their cross-cultural family descends into conflicting ideas of loyalty, justice, identity, revenge, and terrorism. With candor, beauty, and unusual insight, their story reveals both how decent people can justify horrific acts, and the emotional power required to heal.

If you’ve read my WWW Wednesday from July 18, then you know that this book turned out to be so good that it just about broke me emotionally. It reads as a mystery combined with a love story combined with intense family drama.

The main character, Kathryn, is an American woman who marries Rashid, a Pakistani-born Muslim man.  Their love story is raw and believable in a way that draws you in without you noticing how attached you’re becoming to the characters.

Beneath the Same Heaven is broken up into Four Parts: The Book of Before, The Book of Kathryn, The Book of Rashid, and The Book of After.  When I first began reading it, I didn’t think I was going to like it. BUUUUTTTT…

I now believe Beneath the Same Heaven should be required reading!

By the end of Part Two, I was so deeply committed and emotionally involved in the story of Kathryn and Rashid, that I had to take a break and walk away. This has never happened to me before! But mine and Kathryn’s hearts had been broken… our world was upside down… nothing had turned out the way it was supposed to, even though it seemed that things would be okay in the end… But things weren’t right!

I found myself talking about Kathryn as if she were a real person whose life was intertwined with my own. The problem (other than being that attached to a fictional character) was that there was no way for me to talk to her and give her my advice or comfort her at all! And her situation felt so real that I had broken right along with her…

My poor husband had to suffer the wrath of my intense emotional breakdown over what Rashid had put Kathryn and their children through. It felt as if he had just put me through it as well… I felt bad for abandoning her in her time of need, but my family needed me to take a break and come back to reality before proceeding with the rest of story.

And WHAT a rest of the story it was…

Anne Marie Ruff actually managed to make me root for the terrorist!!!

Still, I wasn’t all that thrilled with the beginning… to the point that I almost DNF’d the book! (Insanely glad I didn’t!!!) The problem was what seemed to me to be near gratuitous sex scenes between Kathryn and Rashid. I understand that the author was trying to show their deep desire & connection to each other, but it came across as forced and overly detailed at times. If it hadn’t been for this, Beneath the Same Heaven would easily be a full 5.0 instead of the 4.5 rating I gave it.

I definitely recommend picking up this book and devouring it as soon as possible!

BENEATH THE SAME HEAVEN by Anne Marie Ruff 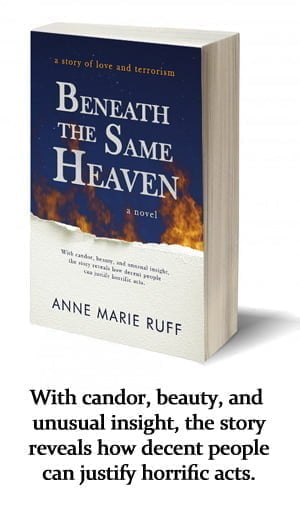