Review: In A Conversation With A Cat, A Feline With “Cattitude” Recounts The Lives Of Cleopatra, Caesar, And Antony 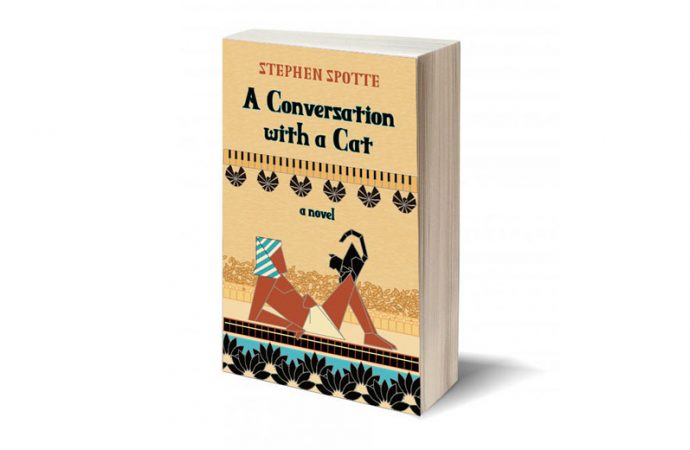 A Conversation with a Cat is a great introduction to the lives of Cleopatra, Julius Caesar, and Mark Antony, especially for those without the opportunity to learn about these remarkably powerful historical figures. 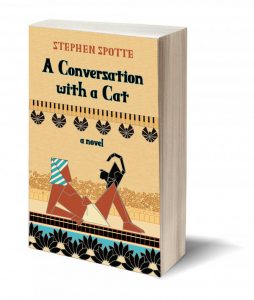 A Conversation with a Cat by Stephen Spotte

Stephen Spotte’s imaginative novel recounts the tales of a scroungy former alley cat named Jinx, whose memories aren’t just his own but those of other cats who existed before him, one of which was Annipe, Cleopatra’s pampered pet. Through Annipe’s eyes the ancient Mediterranean world of Cleopatra and her legendary lovers, Caesar and Antony, spread before us in all its glory, pathos, and absurdity. Jinx reveals these stories telepathically one night to his stoned and inebriated owner just home after gall bladder surgery. Annipe’s memories are bookended by Jinx’s own that detail his early scavenging days in bleak urban alleys.

“Could not stop reading this unique and curious account of a major period in history. Viewing events that shook the ancient world through the eye of a feline makes one want to view today’s news stories through the same lens. Never read a book with such a unique perspective. And it was fun.”—Edward R. Ricciuti, author of Bears in the Backyard

Prior to reading the book, my knowledge of Cleopatra came from Shakespeare. To be honest, my understanding of Shakespeare is sketchy. It always has been. Studying Antony & Cleopatra without a consistent teacher – I had no chance really. Sigh.

I was as good as a complete newbie to this topic. Did I find it interesting? Absolutely! The details don’t bog the story down at all, but a lot of research has gone into the novel. The historical superpowers use their brains and brawn (amongst other things) to vie for power. The kind of things that cause salacious gossip and disgruntled wives. The lavishness and decadence of the ruling class are both enticing and beautifully described; Stephen ensures each scene is deliberately picturesque.

The book is cleverly written to pull off its conversational tone.

A commentary is given by Jinx, (in addition to narrating Cleopatra’s life from Annipe’s memory) which is interesting and charismatically witty. Jinx is a feline with “cattitude” and it definitely shows in the narrative! Naturally, the concept of a cat striking up a conversation with you telepathically is far-fetched. However, the story and circumstances are set up humorously so that it pushes boundaries, but isn’t unbelievable. 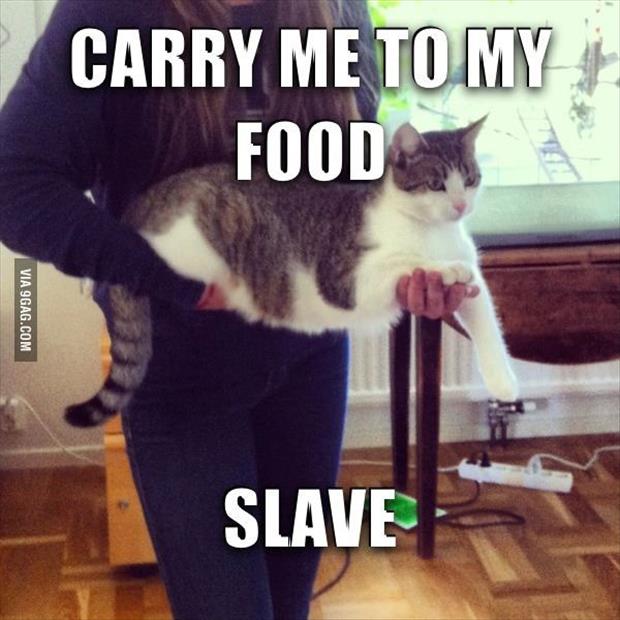 The perspective offered in this book is truly a unique one. Jinx reminisces about Ancient Egypt, as cats historically were held in higher esteem there. They were worshipped like Gods – unlike him, who finds his freedom and virility catnapped in one fell swoop, as we learn later. You can imagine his tail twitching in agitation even now. The balance between the present day and recounting Cleopatra’s reign is perfect. I would even go so far as to say that even somebody who doesn’t love historical fiction as much as I do could get on with it.

A Conversation with a Cat is funny and approachable to read. I personally really enjoyed the book – the fact that I read it in only two days speaks volumes. 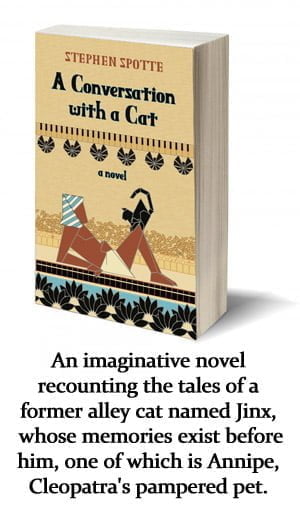