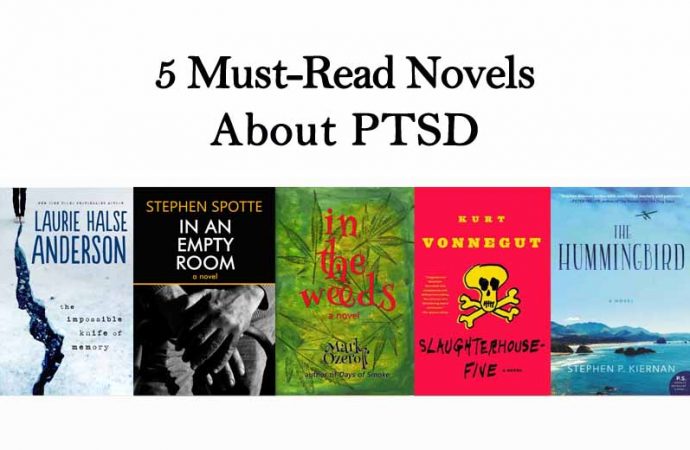 Once known as “shell shock” and “combat neurosis”, posttraumatic stress disorder (PTSD) afflicts 3.5 percent of American adults and develops after a person is exposed to a traumatic situation such as warfare. These 5 must-read novels explore PTSD through fiction.

1. The Impossible Knife of Memory by Laurie Halse Anderson 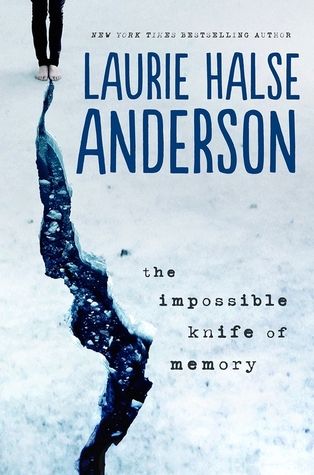 “For the past five years, Hayley Kincaid and her father, Andy, have been on the road, never staying long in one place as he struggles to escape the demons that have tortured him since his return from Iraq. Now they are back in the town where he grew up so Hayley can attend school. Perhaps, for the first time, Hayley can have a normal life, put aside her own painful memories, even have a relationship with Finn, the hot guy who obviously likes her but is hiding secrets of his own. Will being back home help Andy’s PTSD, or will his terrible memories drag him to the edge of hell, and drugs push him over? The Impossible Knife of Memory is Laurie Halse Anderson at her finest: compelling, surprising, and impossible to put down.”

2. In An Empty Room: A Novel by Stephen Spotte 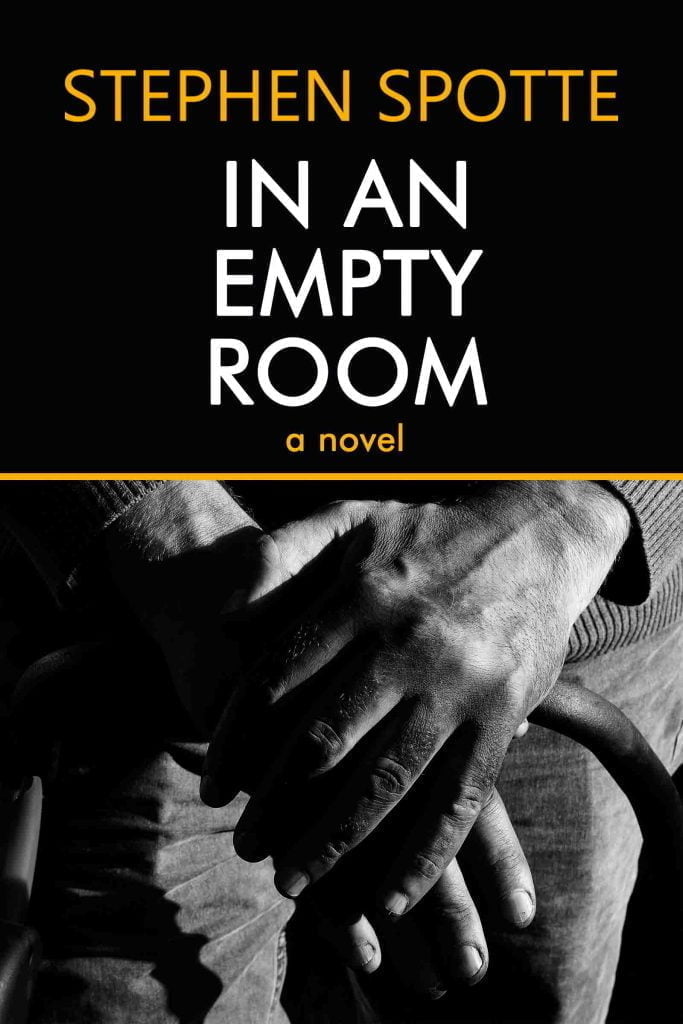 “When a Marine fireteam searches an isolated Vietnamese village believed to be a supply depot for the Viet Cong an IED explodes, leaving only one survivor of the five-man unit. But who is he: Bunny, Hillbilly, Poke, Injun, or “the LT”? Because he is horribly burned, disfigured, and unable to speak, the military doctors don’t know, but the people back home in a coal mining camp in southern West Virginia think they know. Most unsettling of all the survivor himself isn’t certain who he is.

“Spanning the landscape from Vietnam’s warn-torn jungles to hardscrabble Appalachia, In An Empty Room is a gripping examination of time, memory, consciousness, and selfhood and suggests unanticipated conclusions about the nature of human identity.”

3. In the Weeds by Mark Ozeroff 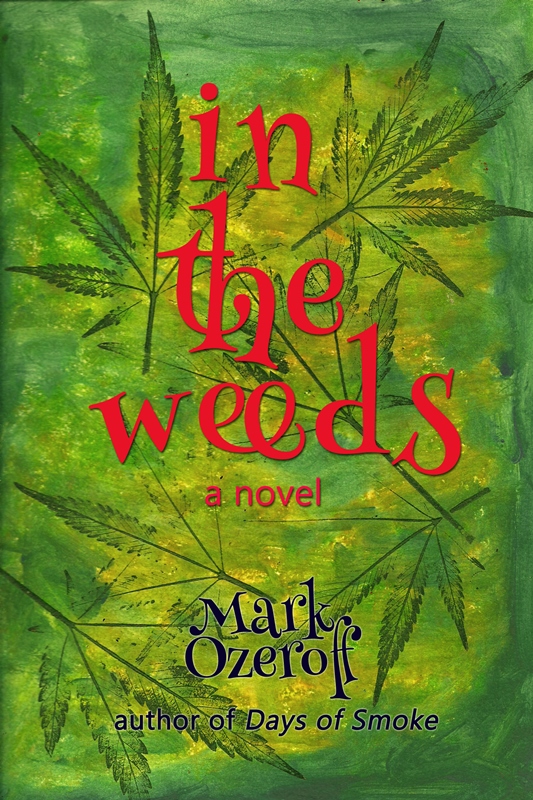 “An absurdist tale of gas, grass, ass, and Vietnam. War has made Air Force pilot Slats Kisov an adrenaline junkie. Using his exceptional low-and-slow flying skills, he smuggles marijuana into Florida from the Bahamas. Will Slats’ former battles with the Viet Cong, hijackers, PTSD, and Mother Nature prepare him for his most perilous battle of all―the one he must wage against Chief Bobby Ray Pistle? Strap yourself in and get ready for a bumpy ride. And one spectacular landing!” 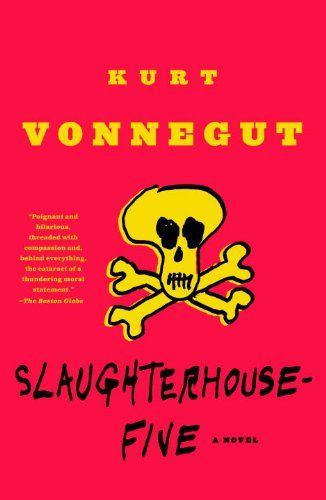 “Adapted for a magnificent George Roy Hill film three years later (perhaps the only film adaptation of a masterpiece which exceeds its source), Slaughterhouse-Five (1969) is the now famous parable of Billy Pilgrim, a World War II veteran and POW, who has in the later stage of his life become ‘unstuck in time’ and who experiences at will (or unwillingly) all known events of his chronology out of order and sometimes simultaneously.”

5. The Hummingbird by Stephen P. Kiernan 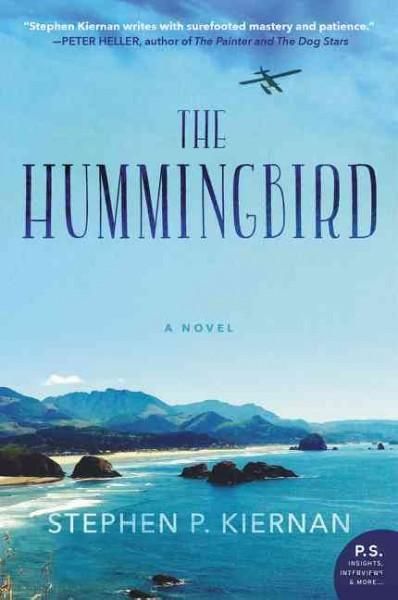 “Deborah Birch is a seasoned hospice nurse whose daily work requires courage and compassion. But her skills and experience are tested in new and dramatic ways when her easygoing husband, Michael, returns from his third deployment to Iraq haunted by nightmares, anxiety, and rage. She is determined to help him heal, and to restore the tender, loving marriage they once had.”

IN THE WEEDS by Mark Ozeroff 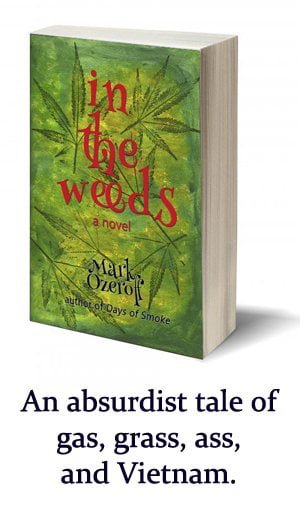 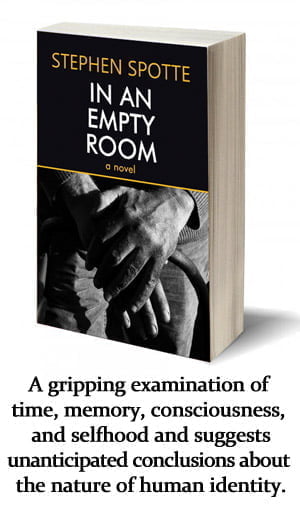