Interview With Mathieu Cailler, Author Of Heaven And Other Zip Codes 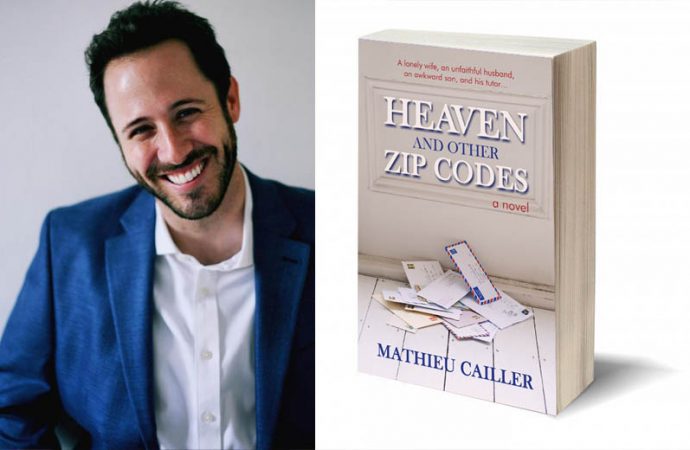 Heaven and Other Zip Codes follows a lonely wife, an unfaithful husband, an awkward son, and his tutor. The author Mathieu Cailler talks to Book Glow about the contemporary novel. 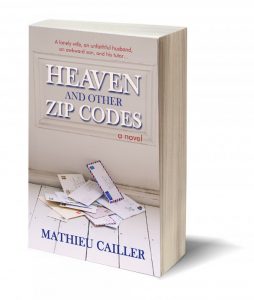 Heaven and Other Zip Codes: A Novel by Mathieu Cailler

Heaven and Other Zip Codes is a complicated love story that follows four characters, each with their own idea of what love and family is supposed to look like.

I developed a special bond with a student long ago, and I found myself caring deeply about his issues at school and at home. It wasn’t long before my brain was trying its best to craft some sort of story about pseudo fatherhood.

The book was first written as a short story in the fall of 2014. My friend and fellow author, Tim Antonides, read it, and we agreed that the characters and plot were too big for the short-story container. That was a lot to take in, so I strategized for a little while as to how to attack this story. I knew I wanted to rotate the point of view and allow the reader to hear directly from all four characters.

Not really. I love storytelling, and I sort of let the story show me how it wants to be told. If it’s image based, I may write a poem. If it’s an unsettling, quick event or one that I want to let linger in readers’ minds, I would write a short story. If it unfolds over a series of months or years, then I find the novel suits it best. I have just written a screenplay that combines both internal and external drama—and that sort of said to me, “I would like to be a screenplay.” I feel very alive when moving around genres and attempting all sorts of writing.

Frida Kahlo’s diary is something I find myself reading often. Her pain, poems, drawings, and the way she plays on the page is freeing. Writers are crippled with doubt, and Frida’s fearlessness is encouraging and reassuring for all artists.

I like to write in extremely quiet spaces, like my home or libraries, so the voices in my head are free to dance. I want to be one of those cool L.A. guys that writes in coffee shops, but my brain won’t allow it.

I have tried my best to channel the fear into something constructive. It’s my body’s way of telling me that I care. It used to be so present the night before a big day of writing that I would hardly sleep. Now, the fear is still alive and well, but I have found a healthier way to deal with it: not putting much pressure on myself to get it right at first, to allow myself to wander and play, and to be proud of early drafts. I remember a story by the Celtics’ legend Bill Russell. He was by far the best player of his time, and, even with all his many successes, he would be nervous and need to vomit before every game. There were certain days where he wouldn’t vomit before a game, and his teammates would bring him back into the locker room and make him.

Just readreadread and writewritewrite. I always tell students you can edit ten bad pages, but you can’t edit nothing. Also, make the main thing the main thing. I hear writers talking about headshots and websites and agents, but never mentioning their work or putting pen on paper.

I recently finished a screenplay that was named a semi-finalist for the 2020 Los Angeles International Screenwriting Awards. I also have another kids’ book wrapped up, and I have finished a short-story collection as well. An idea for another novel is swirling around my brain as well, so when that happens, I must listen. It will be different from anything I’ve ever written, and that excites me. I am a much better, kinder person when I write, so I do it a lot.

Who are your inspirations?

My inspiration list looks like a scroll from ancient Greece, but a few are Raymond Carver, Pablo Neruda, Ha Jin, Gary Paulsen, Langston Hughes, Sharon Olds, Brigit Pegeen Kelly, Jim Harrison, John Fante, Frida, Lee Krasner, Alice Adams, Nina Simone, Grace Paley, Whitman, Baudelaire, Angelou, Tupac, Nas, and Chekhov. But, to be honest, inspiration for me just comes from people who are putting in work, quietly, day after day, in their studios, on their stages, dance floors, or at their desks. I love the idea of blank canvases, blank pages, blank musical sheets . . . coming to life with daily work.

How do you name your characters?

I love that question. I keep a journal on my desk of all the names that intrigue me. I had a waiter named Jasper long ago, and that name is still calling me. Names are a beautiful starting point for characters—and many times, just a name will lend itself to details, mannerisms, a way of dressing that can open a world and thereby problems. In Heaven and Others Zip Codes, each name is deliberate and an extension of their essence.

What was different for you about writing a novel versus other genres?

It was new for me to spend years with characters. They became family, and I thought of them constantly. With short stories, characters would live in my head for a few months, but then I would be on to a new plot with new people, but a novel is a long road trip. I loved the endurance of it all, though. I am a better writer for having experienced that unique ride that takes all a writer’s focus for a large chunk of time.

Related: Read An Excerpt From Heaven And Other Zip Codes By Mathieu Cailler 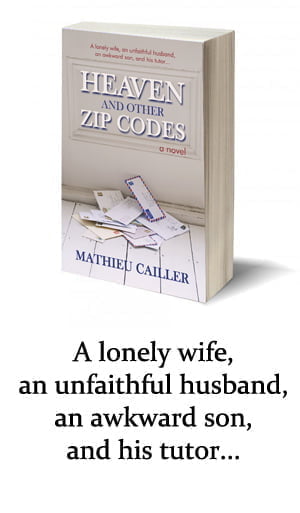