Interview With Jere Krakoff, Author Of The Chameleon Shuffle 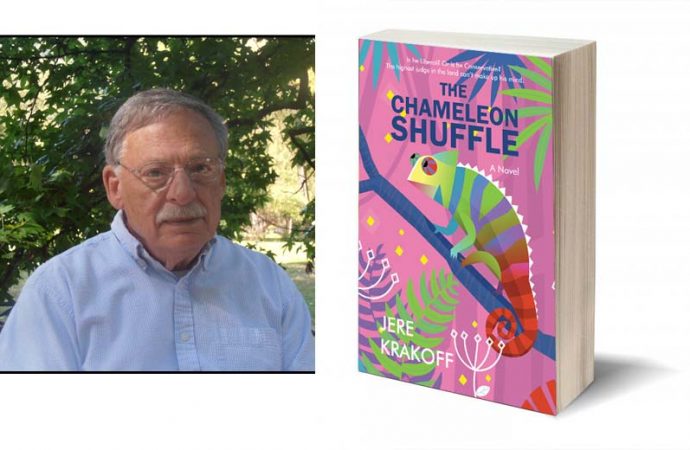 Is he Liberal? Or is he Conservative? The highest judge in the land can’t make up his mind. In The Chameleon Shuffle, a Supreme Court Justice involuntarily changes his judicial philosophy every few days. The author Jere Krakoff talks to Book Glow about his satirical novel. 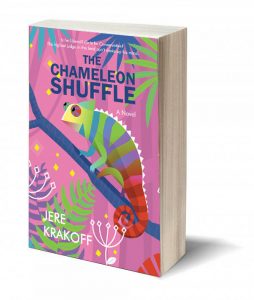 The Chameleon Shuffle by Jere Krakoff

The Chameleon Shuffle satirizes the gaping ideological divide in a fictional Republic’s High Court, the warlike postures of the competing factions on the tribunal, and how far the Republic’s Conservative Party Legislative Leader was willing to go to prevent the Liberal Party Chancellor from having his nominee confirmed.

Senate Majority Leader Mitch McConnell’s refusal to allow the Senate to take-up President Obama’s nomination of Merrick Garland to the Supreme Court inspired me to write this satire.

I have a single preference: satire.  Although I enjoy reading other genres, writing satirically is the only form that excites me.

Reading To Kill a Mockingbird while in college had an impact on my professional life.  It ignited an interest in going to law school and representing marginalized segments of society. Although the book was not the only reason I became a civil rights lawyer, it was an important factor.

I primarily write in the corners of neighborhood coffee shops.  This enables me to avoid the cabin fever of being closeted in my study all day and to distance myself from other denizens of the shops. I begin writing at 5:30 every morning and work for about three hours, before the rush of crowds and accompanying noise forces me to evacuate to my den—where I write for another hour or two, depending on how things are going.

As a matter of routine, I begin each day reading what I wrote the day before. I’m often disappointed that items of text I considered well-written the previous day lost its luster overnight. Though this is frustrating, it prompts me to improve the quality of the work, one edit at a time.

Think of writing as a process.  There’s almost always room for improvement.  Don’t be content with what you have written until after multiple edits and, even then, don’t be satisfied until objective, fresh eyes have read and critiqued your work.  Keep away from relatives and friends. Too often, they’ll shower you with false praise.  As one who was showered more than once by some of my few remaining friends and relatives who were willing to read what I wrote, I can attest to the fact that false praise—while swelling the head—does nothing to improve the quality of one’s work.

I’m conjuring another satire about the law, which should make me even more of a pariah within the local legal community.