Interview With Iris Yang, Author Of Will Of A Tiger 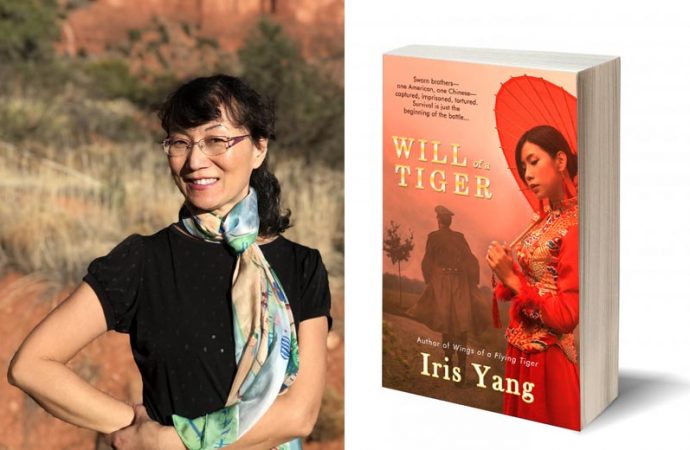 Sworn brothers—one American, one Chinese—captured, imprisoned, tortured. Survival is just the beginning of the battle… From Chungking to Yunnan, and from Taiwan to San Francisco, the sequel to Wings of a Flying Tiger takes readers along on an epic journey. Iris Yang sits down with Book Glow to talk about Will of a Tiger.

Did you plan to write Will of a Tiger when you wrote Wings of a Flying Tiger? 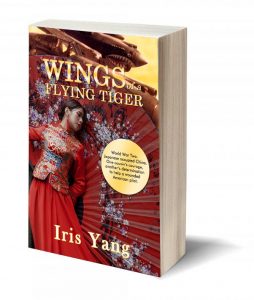 No, I didn’t. I started writing this book several months after I finished Wings of a Flying Tiger. During that time I kept on thinking and imagining what might have happened to the characters in the first book after their rescue of Danny Hardy, the American pilot. Those characters became so real to me that I wanted to know how their lives turned out to be. So I started researching, not only about The War Against Japan, but also Chinese history afterwards. The more I learned about the survivors of war, the more I realized how much adversity they had faced, especially for someone like Birch Bai. Surviving The War Against Japan might have been the beginning of his long battle. On top of physical disability, emotional grief, and survivor’s guilt, he had to deal with the dreadful political reality—the Chinese Civil War and the separation of the country.

Is it true that the Japanese military questioned an American POW about the atomic bomb?

Yes, it was true. After the first bomb was dropped on Hiroshima, the Japanese questioned an American pilot who was captured on August 8, 1945 for information about the nuclear weapon. Under torture, he “confessed” that the U.S. possessed one hundred more atomic bombs. Ironically, this forged number might have swayed Japan toward making the decision to surrender.

When did Taiwan lift Martial Law? And when were the exiles in Taiwan allow to visit Mainland China?

Martial Law was lifted in 1987. In the same year, after a 38-year blockage, the Communist government on the Mainland opened the door to the people of Taiwan. This benefited many, especially former Nationalist soldiers, who had been separated from their families on the Mainland for decades.

Did anyone actually search for the remains of those American airmen who perished in China?

Yes! There were individuals and organizations that vigorously searched for the remains of the Americans who died for China during The War against Japan. In a number of cases, the remains were found and transported back to their hometowns in the States.

Did you or your family serve in the military?

No, I didn’t have any military experience. Nor did most of my family. However, my grandfather, Yang Duanliu, served as the Director of the Audit Office of the Central Military Commission in mid 1930s. He was an economist and a professor at Wuhan University. Because of his immense knowledge in economics, he had given lectures to Chiang Kai-shek, the leader of the Republic of China. He was the only admiral who was allowed to wear plain clothes in the Nationalist Military. When I wrote General Bai, I thought of my grandfather: gentle, intelligent, principled, and disciplined. 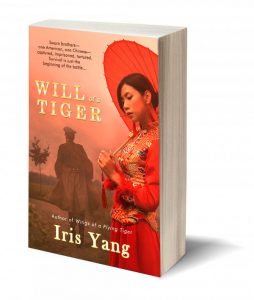 My mother asked me a similar question when I was young. She was curious about why a quiet, shy girl liked to read books about war. I didn’t have any answers at the time. I didn’t even know the reason. Now looking back, I can see it clearly. I was born a very shy and fearful person. I was afraid of pretty much everything—darkness, heights, insects, snakes, strangers, public speaking… It was because of my shyness and fear that I loved reading wartime stories. I looked up to heroes. I admired their courage and their spirit. I read books about those extraordinary people so that I could be inspired by their heroic acts and hopefully learn from them.

Growing up in a family of professors, I’ve always loved reading. Even before I was born, my parents and grandparents bought books for me. However, during the Cultural Revolution, the Red Guards came to our home and took most of the books away. I read the few leftovers again and again because there weren’t many books available—for almost ten years the libraries were closed and the bookstores had nothing except political works. You can’t imagine how hungry I was for books!

But I was lucky to have a wonderful father. My hometown, Wuhan, is one of the “Three Furnaces” in China. We had no air conditioning or electric fans. In the hot and humid summer evenings, we sat outside. Surrounded by neighboring kids, my father told us stories—from Chinese masterpieces to Western classics, including some of the most heroic tales such as Romance of the Three Kingdoms, Water Margin, The Great General Yue Fei, and Spartacus. Those summer nights influenced me in many ways.

So as a writer, I write what I love to read: heroic tales with touching love stories. And I’m happy to say that I’m no longer a shy or fearful person. Check www.irisyang-author.com for more information.

Related: Read An Excerpt From Will Of A Tiger 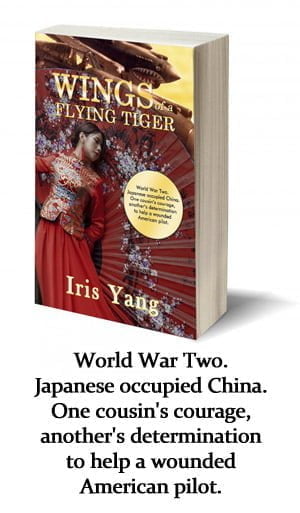 WILL OF A TIGER BY Iris Yang 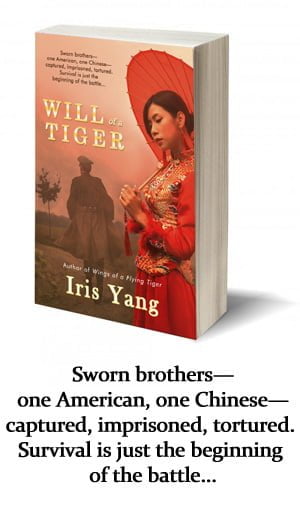