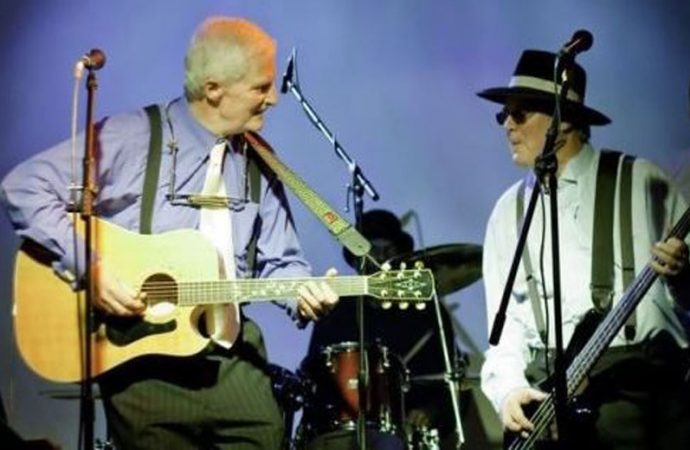 We’re talking today with author Bill McCulloch, who has had careers as a journalist, a freelance writer, and a musician. In 2003 he co-authored a non-fiction book about blues legend Robert Johnson. And now, at age 74, he has written his first novel, called A Dandy Little Game.

Bill, what motivated you write this book?
Pieces of the story had been marinating in the back of my brain for almost 40 years. It was time to try putting the pieces together in a narrative. 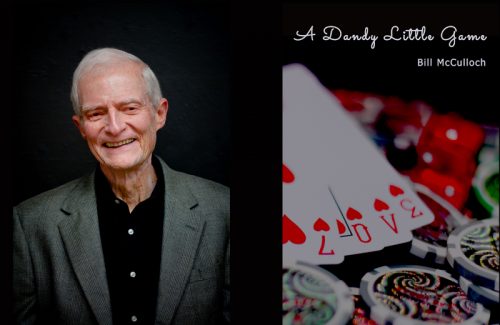 Forty years in the making? Why did you wait so long?
I didn’t have any choice. I tried writing the story in my early 30s after I quit a job at the late, lamented United Press in Chicago. But I didn’t have the skill or the patience or whatever it was I needed to complete a book. I couldn’t get beyond the first few pages, and that pretty much ended my dream of making a living as a full-time fiction writer.

It’s said that every first novel is essentially autobiographical. Should we assume that this one fits the stereotype?
Are you kidding? I’m a nonconformist—I was determined to write a story that drew very little from my own life. So I wrote a story about a nutty Jewish gambler who falls in love with a spoiled rich girl in Chicago during World War II. That said, some of my characters, including the nutty gambler, were modeled on people I knew when I was tending bar in Chicago in the 1960s. And a few scenes in the story are set in neighborhoods where I lived or worked. But I know less than nothing about gambling, and I never lived the way my characters live.

So how did you live? Tell us about your background.
I’m the black sheep of a nice, upper-middle-class family. Born in the Chicago suburbs, grew up in Washington, D.C. I think my parents hoped I’d become a lawyer. But I struggled in school, flunked out of college twice, and kind of drifted into journalism after a lot of dead ends and detours. I now suspect that a lot of my early struggles were the result of Attention Deficit—but this isn’t the time or place to get into all that.

If you struggled in school, how and where did you learn to write?
English was the one subject, the only subject, that felt easy to me. I have my parents to thank for that—both of them spoke in complete sentences with proper grammar. That’s what I heard at the dinner table every evening. So I could write pretty well from an early age, even if I couldn’t spell and didn’t know the rules of grammar. Later, as a journalist, I wrote hundreds of thousands of words on deadline. Great discipline. And for recreation, I often wrote letters—real, hardcopy letters—to my family and close friends. Still do.

Does a background in journalist make it easier to write fiction?
It might make it easier for some writers, but not me. My first approach to A Dandy Little Game was to make it a piece of journalism. I did endless research into people, places, and events in Chicago during World War II. I tried to get every little detail just right. I researched the ethnic migrations to Chicago and wrote thousands of words of family history for my two main characters. On and on. A friend who’s also a novelist and a writing coach read one of my early drafts. He said it was disjointed, moved too slowly, and was hard to follow—and those were the strong points. He advised me to forget about all the journalistic description and just focus on the story. Eventually I did, but it took several more drafts.

What did you learn from that process?
I learned to put my reporter’s hat in the closet and become a creative storyteller. I embraced the idea that most readers aren’t interested in fact-checking little details—they just want an engrossing story with interesting characters and at least one character they can love. They also want the story to move along at a brisk pace. And, based on my own preferences, I think they want a story’s main elements to be plausible. Don’t make readers strain to believe something.

We don’t want to give away any parts of your story, but there’s one scene with a rag picker and another involving a holdup. You don’t think those elements might strike some readers as a little hard to believe?
As it happens, you’ve picked two events I took from real life. Guys I knew in Chicago actually did those crazy things.

If this book were a movie, who would play your main character, the nutty Jewish gambler, as you called him?
That’s easy—Leonardo DiCaprio. He’s the right age, about the right size, and he’s part Russian. The role might be a stretch for him, but I think he could pull it off.

Which writers inspire you?
That’s a tough one. I’ve read all of Cormac McCarthy’s stories. Annie Prouix. But to be honest, I don’t read much fiction, and I especially don’t read fiction when I’m working on a writing project. I unconsciously start trying to mimic the other writer’s style.

Who is Windy City Slim?
That’s my musical alter ego—a character I created back in the ‘70s when I was having fantasies about becoming a musician. I was never good enough to make a living with music, so I moonlighted—reporter on weekdays, Windy City Slim on weekends. I still play out occasionally, but the music is a smaller part of my life than it was eight or 10 years ago.

Are you thinking of writing a second novel?
Thinking about it—but that’s about all. A lot depends on what happens with A Dandy Little Game. 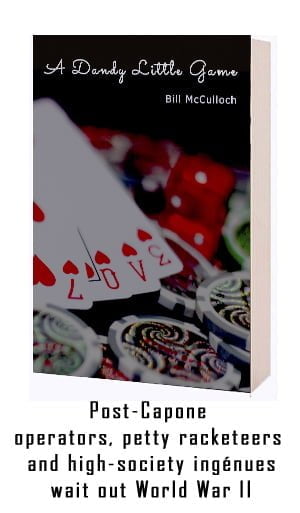