Best Father’s Day Books To Give Dad This Year 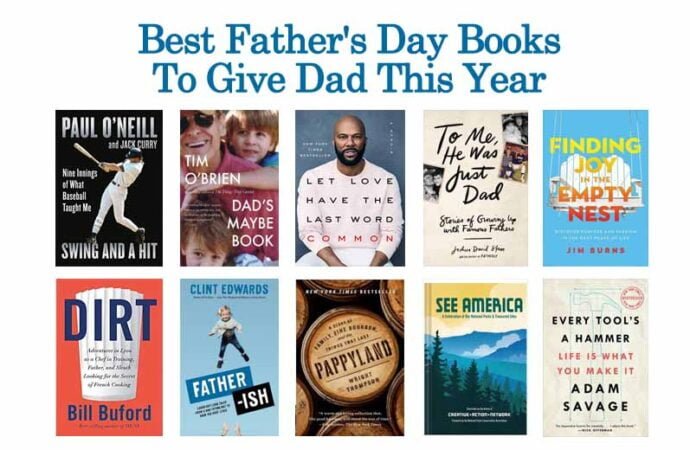 1. Swing and a Hit: Nine Innings of What Baseball Taught Me by Paul O’Neill 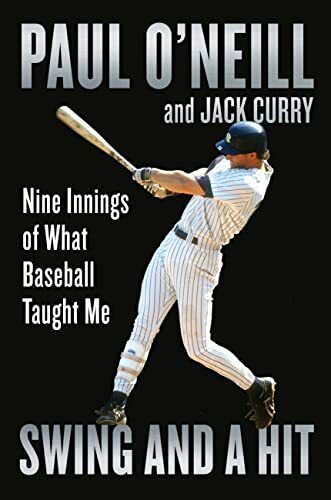 “SWING AND A HIT features O’Neill’s most thoughtful revelations and offers clubhouse stories from some of the biggest names in Major League Baseball—hitters, managers, and teammates like Joe Torre, Derek Jeter, Don Mattingly, Pete Rose, and Bernie Williams.” 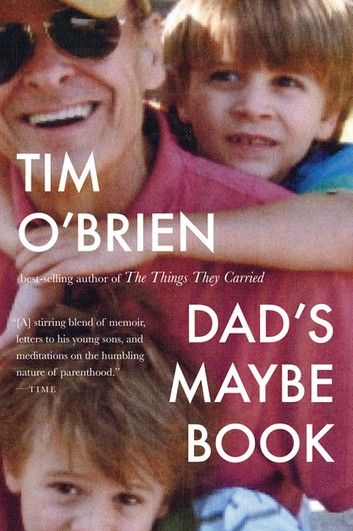 “Best-selling author Tim O’Brien shares wisdom from a life in letters, lessons learned in wartime, and the challenges, humor, and rewards of raising two sons.”

3. Let Love Have the Last Word: A Memoir by Common 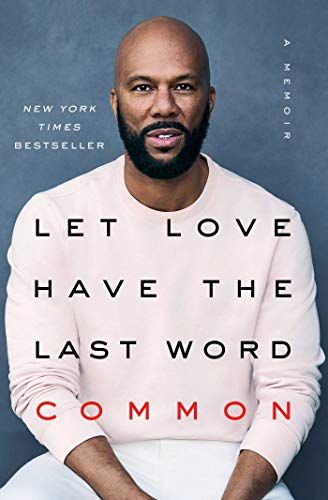 “The inspiring New York Times bestseller from Common—the Grammy Award, Academy Award, and Golden Globe–winning musician, actor, and activist—explores how love and mindfulness can build communities and allow you to take better control of your life through actions and words.”

4. To Me, He Was Just Dad: Stories of Growing Up with Famous Fathers by Joshua David Stein 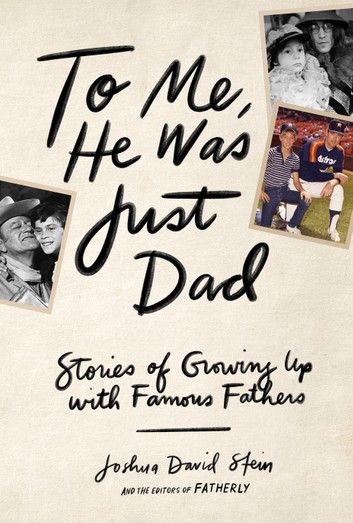 “Men like John Wayne and John Lennon, Nolan Ryan and Bruce Lee, Cesar Chavez, Christopher Reeve, and Miles Davis have touched the lives of millions. But at home, to their children, they were not their public personas. They were Dad. Maybe Davis didn’t leave the office at five o’clock to come home and play catch with his son Erin, but the man we see through Erin’s eyes is so alive, so real, so not the “king of cool” (he taught his son to box, made a killer pot of chili, watched MTV alongside him) that it brings us to a whole new appreciation for the artist.

“Each of these forty first-person narratives—intimate, heartfelt, unvarnished, surprising, and profoundly universal—shows us not only a very different view of a figure we thought we knew but also a wholly fresh and moving idea of what it means to be a father.”

5. Finding Joy in the Empty Nest by Jim Burns Ph.D 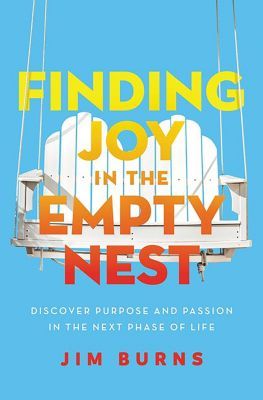 “In this book, Jim Burns combines his personal experiences with extensive research, interviews with other empty nesters, and his professional work as a family educator to help you navigate your new life as an empty nester and find joy in the opportunities for life-change before you.”

6. Dirt: Adventures in Lyon as a Chef in Training, Father, and Sleuth Looking for the Secret of French Cooking by Bill Buford 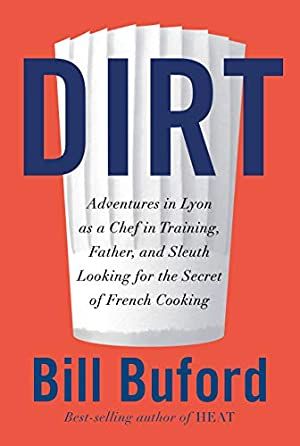 “What does it take to master French cooking? This is the question that drives Bill Buford to abandon his perfectly happy life in New York City and pack up and (with a wife and three-year-old twin sons in tow) move to Lyon, the so-called gastronomic capital of France. But what was meant to be six months in a new and very foreign city turns into a wild five-year digression from normal life, as Buford apprentices at Lyon’s best boulangerie, studies at a legendary culinary school, and cooks at a storied Michelin-starred restaurant, where he discovers the exacting (and incomprehensibly punishing) rigueur of the professional kitchen.

“With his signature humor, sense of adventure, and masterful ability to bring an exotic and unknown world to life, Buford has written the definitive insider story of a city and its great culinary culture.”

7. Father-ish: Laugh-Out-Loud Tales from a Dad Trying Not to Ruin His Kids’ Lives by Clint Edwards

“Clint Edwards equates fatherhood to the time he did an important live TV interview from home: To the viewers, he looked put-together in a nice button-up shirt . . . but below the camera he wasn’t wearing any pants. And it may have looked like he was in a nice office, but he was in fact hidden in his bedroom closet because his whole house was too messy to show.

“Whether you’re a first-time parent unaware of what you’ve gotten yourself into yet, or a father of five, clinging to your last ounce of sanity, you’ll find relief in knowing that at end of the day, we’re all not wearing any pants.”

8. Pappyland: A Story of Family, Fine Bourbon, and the Things That Last by Wright Thompson 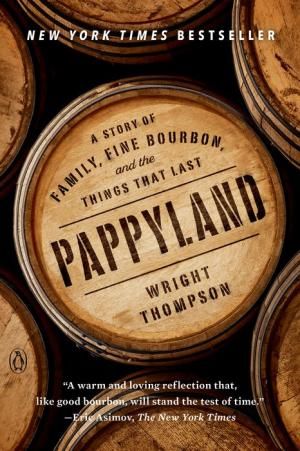 “The story of how Julian Van Winkle III, the caretaker of the most coveted cult Kentucky Bourbon whiskey in the world, fought to protect his family’s heritage and preserve the taste of his forebears, in a world where authenticity, like his product, is in very short supply.”

9. See America: A Celebration of Our National Parks & Treasured Sites 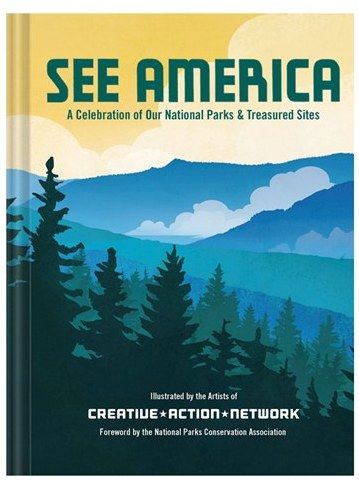 “To coincide with the 2016 centennial anniversary of the National Parks Service, the Creative Action Network has partnered with the National Parks Conservation Association to revive and reimagine the legacy of WPA travel posters. Artists from all over the world have participated in the creation of this new, crowdsourced collection of See America posters for a modern era. Featuring artwork for 75 national parks and monuments across all 50 states, this engaging keepsake volume celebrates the full range of our nation’s landmarks and treasured wilderness.”

10. Every Tool’s a Hammer: Life Is What You Make It by Adam Savage 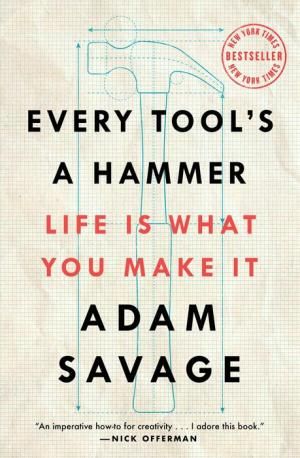 “Every Tool’s a Hammer is a chronicle of my life as a maker. It’s an exploration of making, but it’s also a permission slip of sorts from me to you. Permission to grab hold of the things you’re interested in, that fascinate you, and to dive deeper into them to see where they lead you.”