1. The Bean Trees by Barbara Kingsolver 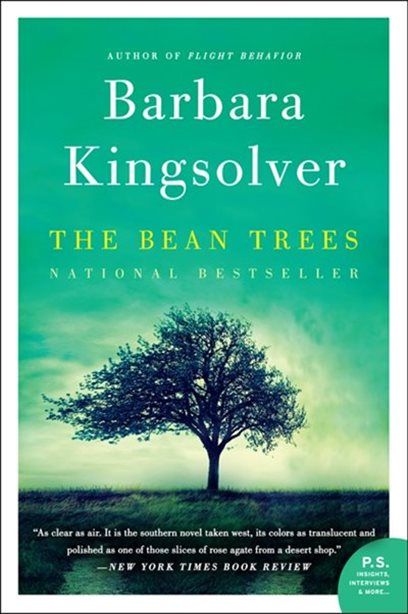 “It is the charming, engrossing tale of rural Kentucky native Taylor Greer, who only wants to get away from her roots and avoid getting pregnant. She succeeds, but inherits a three-year-old Native American girl named Turtle along the way, and together, from Oklahoma to Arizona, half-Cherokee Taylor and her charge search for a new life in the West. Hers is a story about love and friendship, abandonment and belonging, and the discovery of surprising resources in seemingly empty places.”

2. My Name Is Lucy Barton by Elizabeth Strout 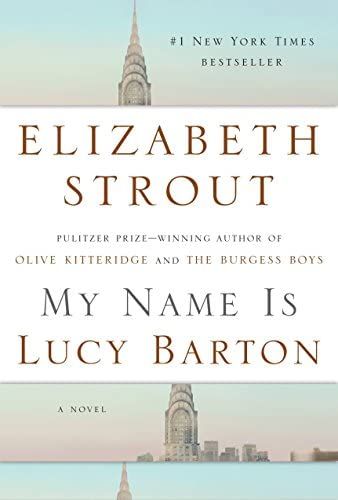 “Lucy Barton is recovering slowly from what should have been a simple operation. Her mother, to whom she hasn’t spoken for many years, comes to see her. Gentle gossip about people from Lucy’s childhood in Amgash, Illinois, seems to reconnect them, but just below the surface lie the tension and longing that have informed every aspect of Lucy’s life: her escape from her troubled family, her desire to become a writer, her marriage, her love for her two daughters. Knitting this powerful narrative together is the brilliant storytelling voice of Lucy herself: keenly observant, deeply human, and truly unforgettable.”

“Bernadette Fox is notorious. To her Microsoft-guru husband, she’s a fearlessly opinionated partner; to fellow private-school mothers in Seattle, she’s a disgrace; to design mavens, she’s a revolutionary architect; and to 15-year-old Bee, she is her best friend and, simply, Mom.

“Then Bernadette vanishes. It all began when Bee aced her report card and claimed her promised reward: a family trip to Antarctica. But Bernadette’s intensifying allergy to Seattle — and people in general — has made her so agoraphobic that a virtual assistant in India now runs her most basic errands. A trip to the end of the earth is problematic.

“To find her mother, Bee compiles email messages, official documents, and secret correspondence — creating a compulsively readable and surprisingly touching novel about misplaced genius and a mother and daughter’s role in an absurd world.”

4. The Tea Girl of Hummingbird Lane by Lisa See 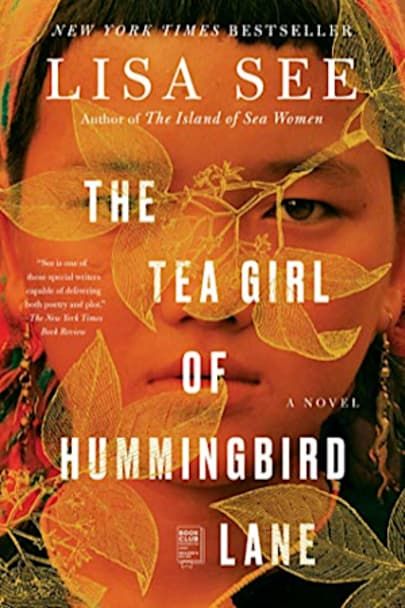 “In their remote mountain village, Li-yan and her family align their lives around the seasons and the farming of tea. For the Akha people, ensconced in ritual and routine, life goes on as it has for generations—until a stranger appears at the village gate in a jeep, the first automobile any of the villagers has ever seen.

“The stranger’s arrival marks the first entrance of the modern world in the lives of the Akha people. Slowly, Li-yan, one of the few educated girls on her mountain, begins to reject the customs that shaped her early life. When she has a baby out of wedlock—conceived with a man her parents consider a poor choice—she rejects the tradition that would compel her to give the child over to be killed, and instead leaves her, wrapped in a blanket with a tea cake tucked in its folds, near an orphanage in a nearby city.

“As Li-yan comes into herself, leaving her insular village for an education, a business, and city life, her daughter, Haley, is raised in California by loving adoptive parents. Despite her privileged childhood, Haley wonders about her origins. Across the ocean Li-yan longs for her lost daughter. Over the course of years, each searches for meaning in the study of Pu’er, the tea that has shaped their family’s destiny for centuries.”

5. What We Lose by Zinzi Clemmons 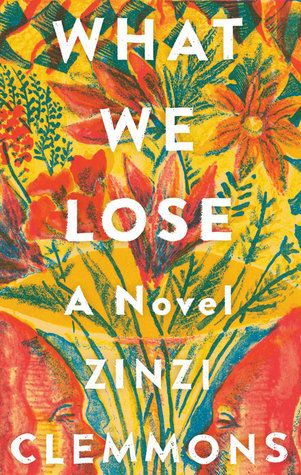 “Raised in Pennsylvania, Thandi views the world of her mother’s childhood in Johannesburg as both impossibly distant and ever present. She is an outsider wherever she goes, caught between being black and white, American and not. She tries to connect these dislocated pieces of her life, and as her mother succumbs to cancer, Thandi searches for an anchor—someone, or something, to love.

“In arresting and unsettling prose, we watch Thandi’s life unfold, from losing her mother and learning to live without the person who has most profoundly shaped her existence, to her own encounters with romance and unexpected motherhood. Through exquisite and emotional vignettes, Clemmons creates a stunning portrayal of what it means to choose to live, after loss. An elegiac distillation, at once intellectual and visceral, of a young woman’s understanding of absence and identity that spans continents and decades, What We Lose heralds the arrival of a virtuosic new voice in fiction.” 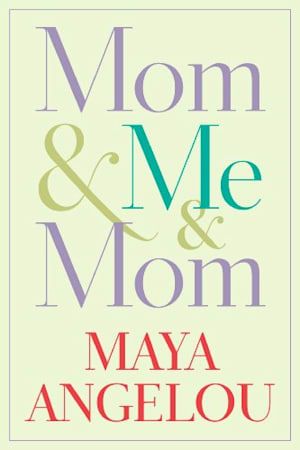 “The story of Maya Angelou’s extraordinary life has been chronicled in her multiple bestselling autobiographies. But now, at last, the legendary author shares the deepest personal story of her life: her relationship with her mother.

“For the first time, Angelou reveals the triumphs and struggles of being the daughter of Vivian Baxter, an indomitable spirit whose petite size belied her larger-than-life presence—a presence absent during much of Angelou’s early life. When her marriage began to crumble, Vivian famously sent three-year-old Maya and her older brother away from their California home to live with their grandmother in Stamps, Arkansas. The subsequent feelings of abandonment stayed with Angelou for years, but their reunion, a decade later, began a story that has never before been told. In Mom & Me & Mom, Angelou dramatizes her years reconciling with the mother she preferred to simply call ‘Lady,’ revealing the profound moments that shifted the balance of love and respect between them.

“Delving into one of her life’s most rich, rewarding, and fraught relationships, Mom & Me & Mom explores the healing and love that evolved between the two women over the course of their lives, the love that fostered Maya Angelou’s rise from immeasurable depths to reach impossible heights.”

7. The Sunshine Sisters by Jane Green 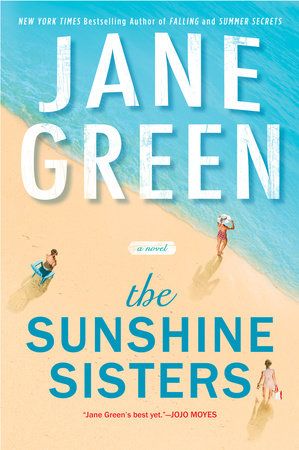 “Ronni Sunshine left London for Hollywood to become a beautiful, charismatic star of the silver screen. But at home, she was a narcissistic, disinterested mother who alienated her three daughters. Still, when Ronni discovers she has a serious illness, she calls her now-adult girls home to fulfill her final wishes.

“And though Nell, Meredith, and Lizzy have never been close, their mother’s illness draws them together to confront the old jealousies and secret fears that have threatened to tear these sisters apart. As they face the loss of their mother, they will discover if blood might be thicker than water after all…” 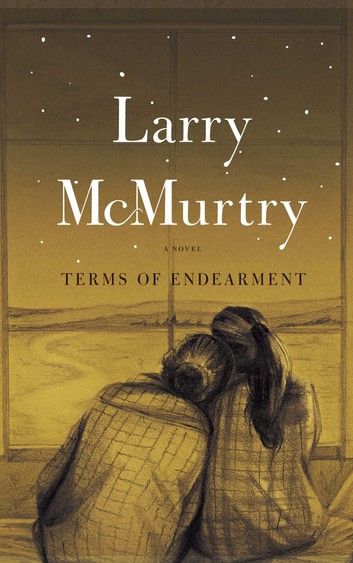 “Aurora is the kind of woman who makes the whole world orbit around her, including a string of devoted suitors. Widowed and overprotective of her daughter, Aurora adapts at her own pace until life sends two enormous challenges her way: Emma’s hasty marriage and subsequent battle with cancer. Terms of Endearment is the Oscar-winning story of a memorable mother and her feisty daughter and their struggle to find the courage and humor to live through life’s hazards—and to love each other as never before.” 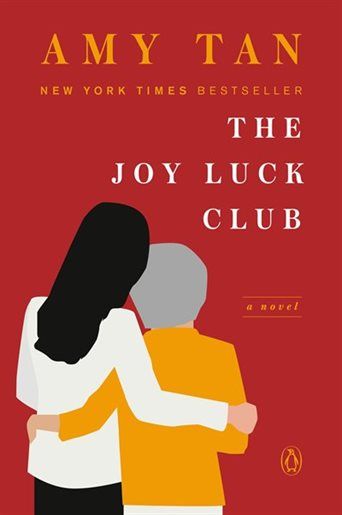 “Four Chinese women, drawn together by the shadow of their past, meet in San Francisco to play mah jong, invest in stocks, eat dim sum, and to ‘say’ stories to each other. Nearly 40 years later, one of the women has died, and her daughter arrives to take her place. However, the daughter never expected to learn of her mother’s secret lifelong wish – and the tragic way in which it has come true. The revelation creates among the women an urgent need to remember the past. What is lost between generations and among friends – and what is salvaged – resonates throughout this novel of friendship among women and the relations between mothers and daughters.”

10. Little Women by Louisa May Alcott 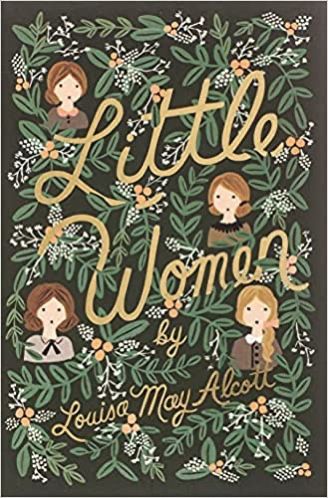 “Grown-up Meg, tomboyish Jo, timid Beth, and precocious Amy. The four March sisters couldn’t be more different. But with their father away at war, and their mother working to support the family, they have to rely on one another. Whether they’re putting on a play, forming a secret society, or celebrating Christmas, there’s one thing they can’t help wondering: Will Father return home safely?”