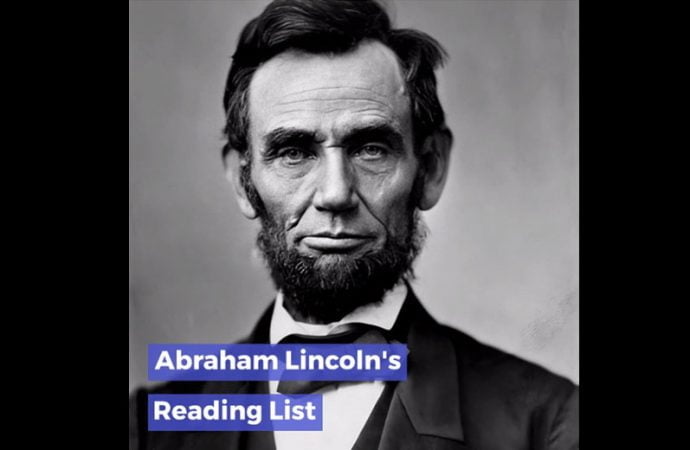 The 16th president of the United States, and the man responsible for paving the way to the end of slavery, Abraham Lincoln (Honest Abe), who came from poverty and never went to college, was an avid reader.

“All I have learned, I learned from books.”—Abraham Lincoln

The Complete Works of William Shakespeare

History of the U.S. by George Bancroft

The Pilgrim’s Progress by John Bunyan

Elements of Character by Mary Chandler

A New Guide to the English Tongue by Thomas Dilworth

Journals and Debates of the Federal Constitution by Jonathan Elliot

Sociology for the South; Or, The Failure of Free Society by George Fitzhugh

History of Illinois by Thomas Ford

Fanny, With Other Poems by Fitz-Greene Halleck

The Ancient History by Charles Rollins

The Life of George Washington by Mason L. Weems

On Liberty by John Stuart Mill

Check out the reading lists of more famous readers:

If only she wasn’t a cartoon character, we have a feeling that the Lisa Simpson book club would be popular.