What do Edith Wharton, Ernest Hemingway, Mark Twain, and many other famous American literary figures have in common? They all worked and lived in Paris, France. Read these 20 quotes about Paris by a sampling of American literary giants who spent time in the City of Light. Discover a comprehensive list of writers, poets, journalists, and publishers who lived in the French capital in Pilgrimage to Paris: The Cheapo Snob’s Guide to the City and the Americans Who Lived There by Jayne Boisvert. This fun and unique travel guide book provides short biographies and addresses associated with famous Americans who spent time living la belle vie in the French capital.

1. “Of course I think of the past and of Paris, what else is there to remember?”—Djuna Barnes 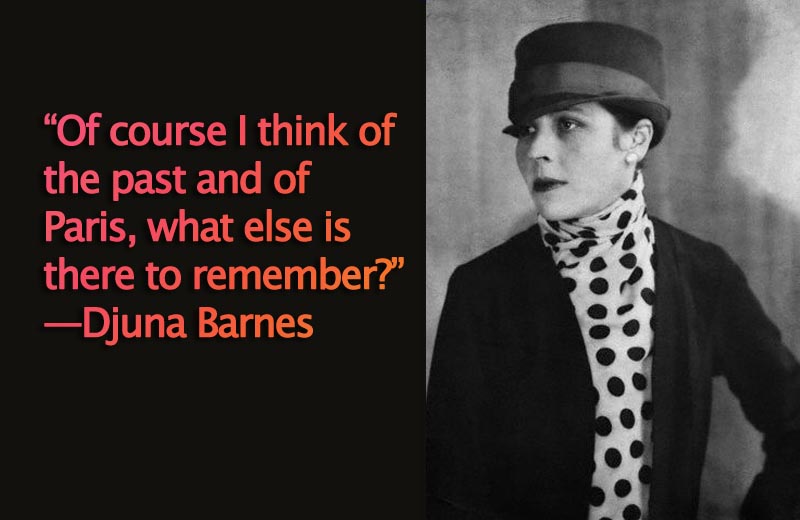 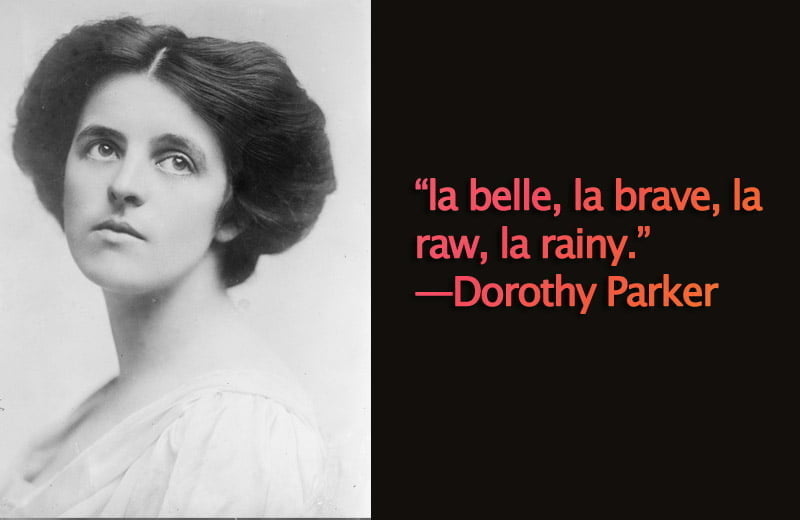 3. “The tranquil majesty of the architectural lines, the wonderful blurred winter lights, the long lines of lamps garlanding the avenues & the quays—je l’ai dans mon sang [I have it in my blood].”—Edith Wharton 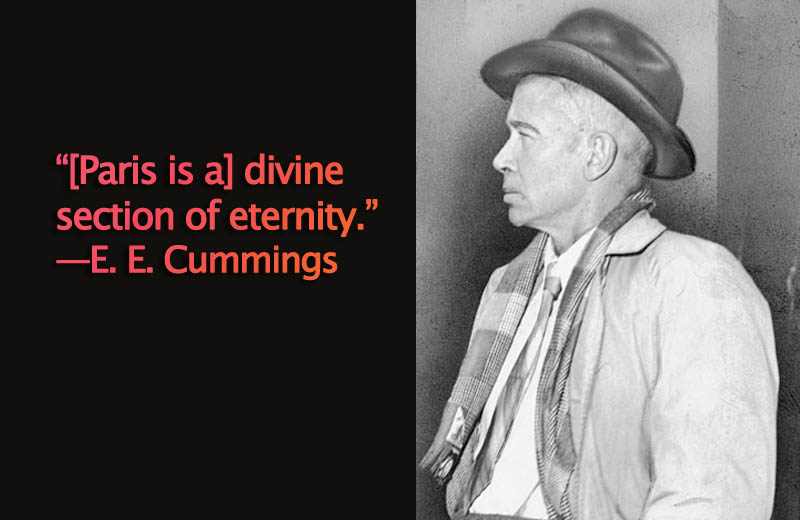 5. “Paris is so very beautiful that is satisfies something in you that is always hungry in America.”—Ernest Hemingway 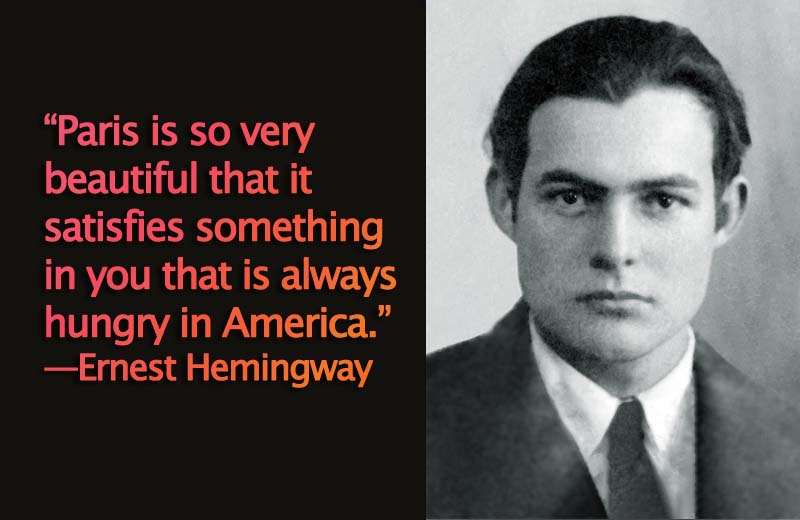 Related: Here are 5 facts about Ernest Hemingway in Paris.

6. “The best of America drifts to Paris. The American in Paris is the best American.”—F. Scott Fitzgerald 7. “America is my country and Paris is my hometown.”—Gertrude Stein 8. “At last I have come into a dreamland…”—Harriet Beecher Stowe 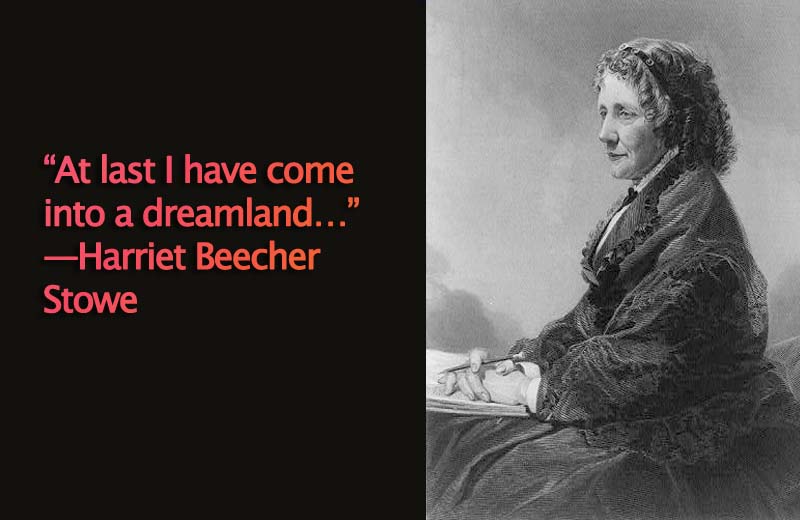 9. “It is no accident that propels people like us to Paris.”—Henry Miller 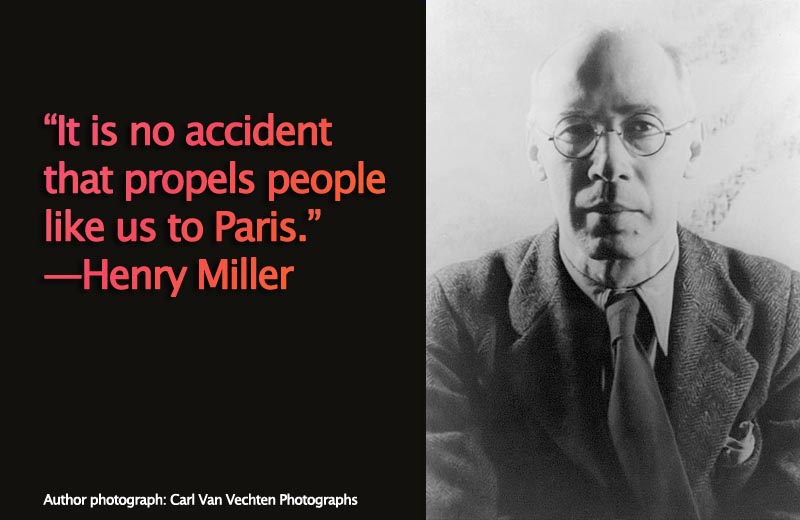 Related: Here are 5 facts about Henry Miller in Paris.

10. “Than like a perfumed Paris turn and fly”—Henry Wadsworth Longfellow 11. “It is perfectly possible to be enamoured of Paris while remaining totally indifferent or even hostile to the French.”—James Baldwin 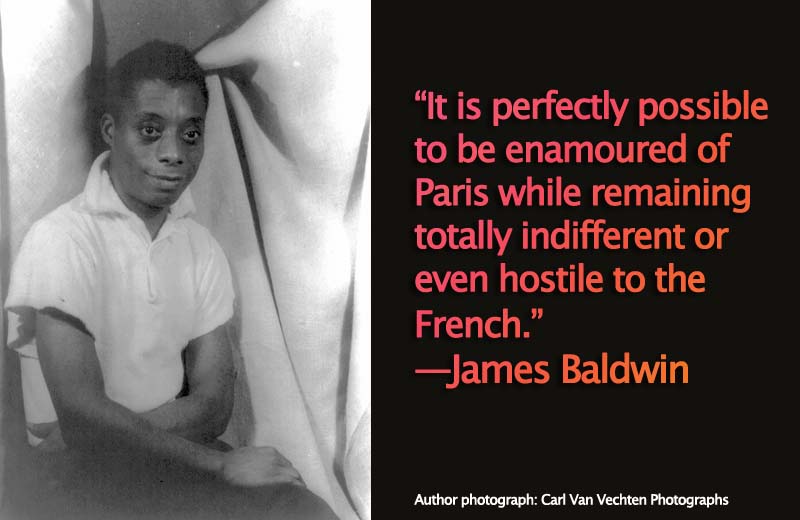 Related: Here are 5 facts about James Baldwin in Paris.

12. “I can never tire of speaking of the bridges of Paris. By day and by night have I paused on them to gaze at their views; the word not being too comprehensive for the crowds and groupings of objects that are visible from their arches.”—James Fenimore Cooper 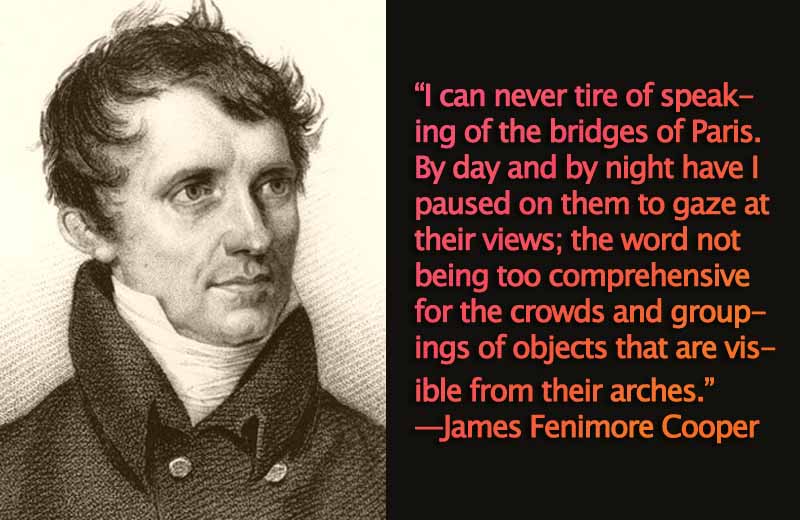 13. “Paris. … There you can be whatever you want to be. Totally yourself.”—Langston Hughes 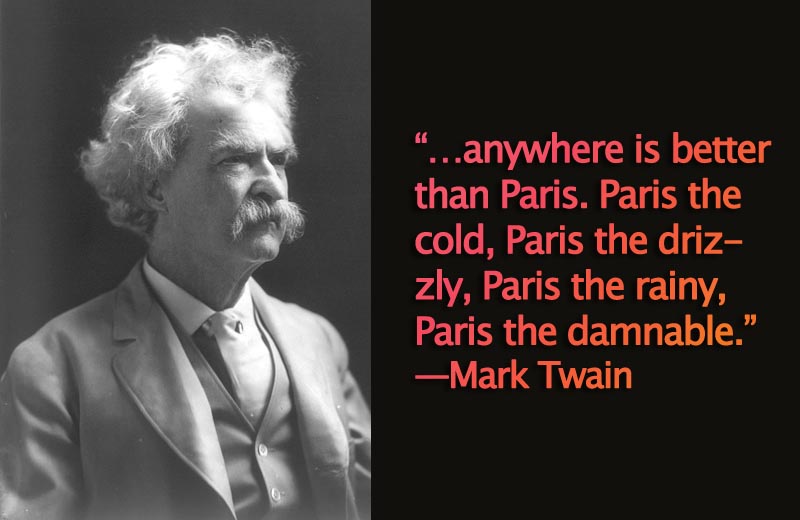 Related: Watch these 5 facts about Mark Twain in Paris.

15. “[In Paris] I’ve never felt a moment of sorrow.”—Richard Wright 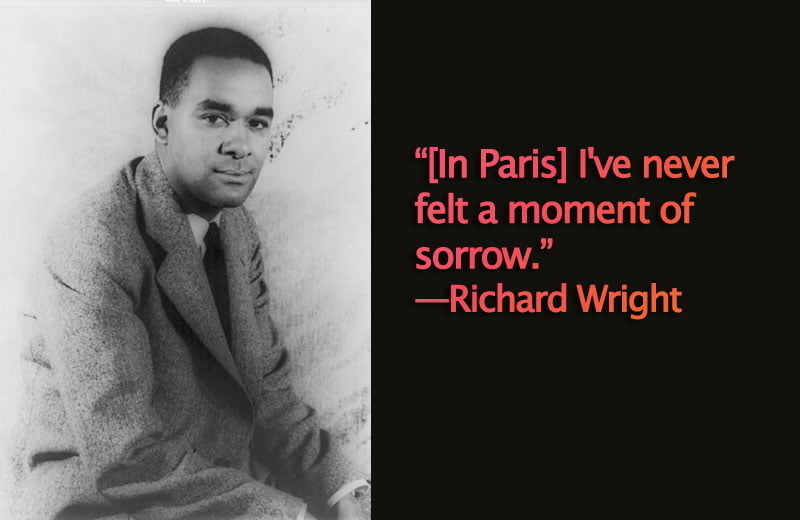 Related: Here are 5 facts about Richard Wright in Paris.

16. “I have never seen anything so beautiful in my life.”—Sherwood Anderson 17. “Paris is one of the largest, and certainly it is the pleasantest, of modern American cities.”—Sinclair Lewis 18. “The chief danger about Paris is that it is such a strong stimulant and like most stimulants incites to rushing about and produces a pleasant illusion of great mental activity rather than the solid results of hard work.”—T.S. Eliot 19. “Of all the places that I have seen in Europe, Paris is the most fascinating.”—Washington Irving 20. “Paris is a hard place to leave, even when it rains incessantly and one coughs continually from the dampness.”—Willa Cather Related: Here are 5 facts about Willa Cather in Paris.