20 Of The Best Books About The Olympics 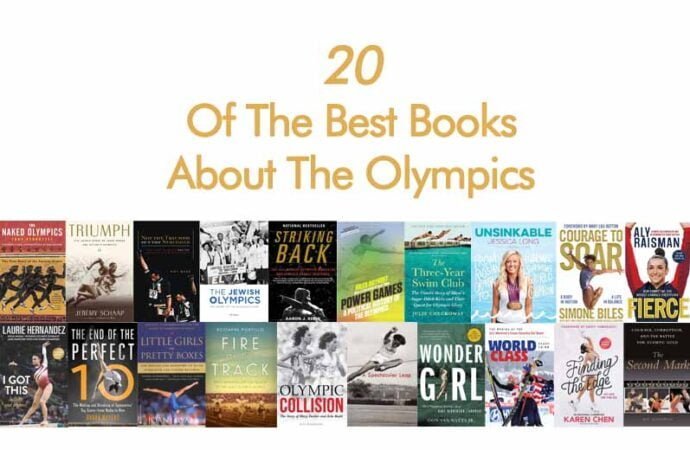 1. The Naked Olympics by Tony Perrottet 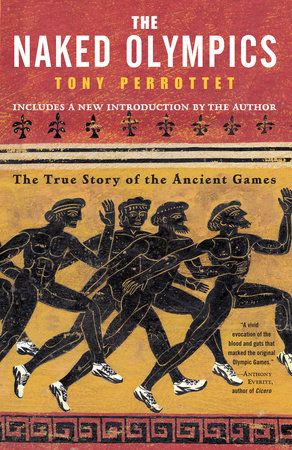 “Using firsthand reports and little-known sources—including an actual Handbook for a Sports Coach used by the Greeks—The Naked Olympics creates a vivid picture of an extravaganza performed before as many as forty thousand people, featuring contests as timeless as the javelin throw and as exotic as the chariot race.”

2. Triumph: The Untold Story of Jesse Owens and Hitler’s Olympics by Jeremy Schaap 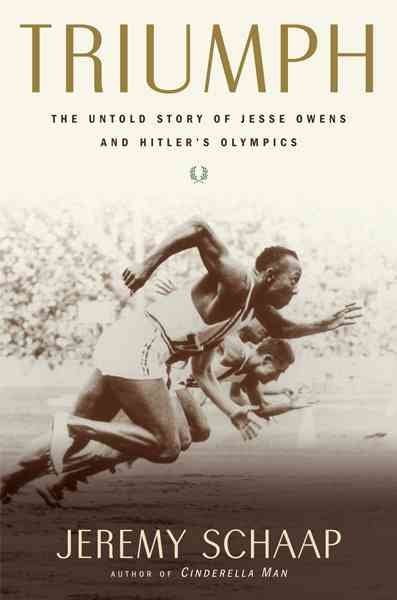 “At the 1936 Olympics, against a backdrop of swastikas and goose-stepping storm troopers, an African-American son of sharecroppers won a staggering four gold medals and single-handedly demonstrated that Hitler’s myth of Aryan supremacy was a lie.”

3. Not the Triumph But the Struggle: 1968 Olympics and the Making of the Black Athlete by Amy Bass 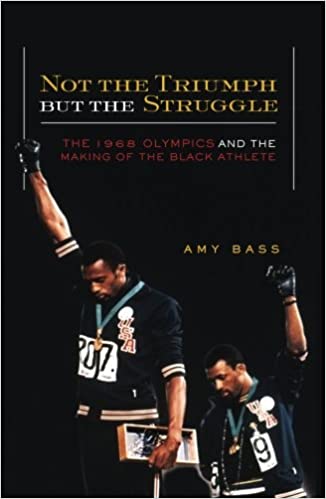 “In her excellent new book, Amy Bass uses the famous ‘black power’ podium salute by sprinters John Carlos and Tommie Smith as the centerpiece of her expansive examination of the black athlete in America.” -Boston Globe

4. The Jewish Olympics: The History of the Maccabiah Games by Ron Kaplan 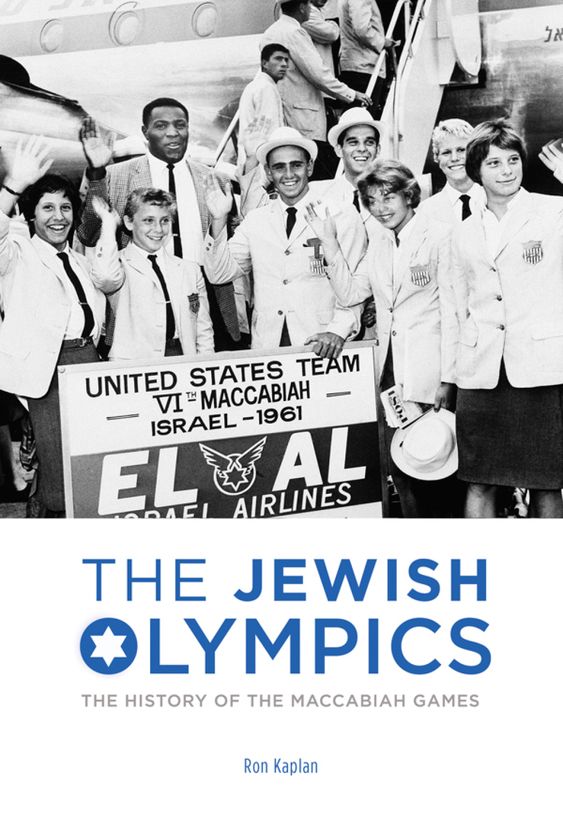 “Having grown from 390 athletes from fourteen countries to nine thousand athletes from seventy-eight countries, the Maccabiah Games (or the “Jewish Olympics,” as it has come to be known) continue to gain popularity. The Maccabiah Games, which take place in Israel, first began in 1932, and the latest games took place in July of 2013, with the debut of participants from Cuba, Albania, and Nicaragua. Sports range from table tennis to ice hockey, basketball, chess, and much more. Past participants have included former NBA coach Larry Brown, Olympic swimmers Mark Spitz and Jason Lezak, and Olympic gymnast Mitch Gaylord, among others.” 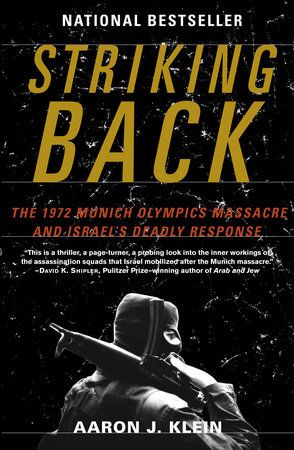 “The first full account, based on access to key players who have never before spoken, of the Munich Massacre and the Israeli response–a lethal, top secret, thirty-year-long antiterrorism campaign to track down the killers.”

6. Power Games: A Political History of the Olympics by Jules Boykoff 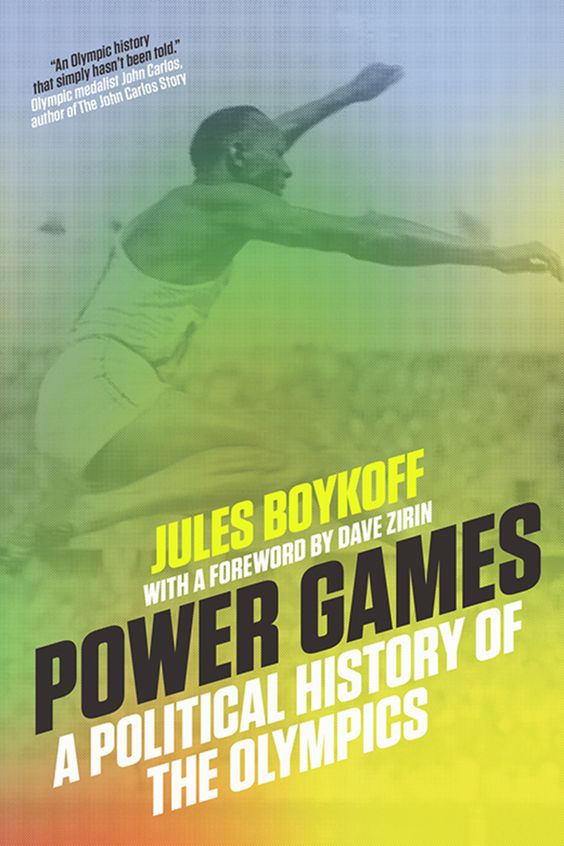 “The Olympics have a checkered, sometimes scandalous, political history. Jules Boykoff, a former US Olympic team member, takes readers from the event’s nineteenth-century origins, through the Games’ flirtation with Fascism, and into the contemporary era of corporate control. Along the way he recounts vibrant alt-Olympic movements, such as the Workers’ Games and Women’s Games of the 1920s and 1930s as well as athlete-activists and political movements that stood up to challenge the Olympic machine.”

7. The Three-Year Swim Club: The Untold Story of Maui’s Sugar Ditch Kids and Their Quest for Olympic Glory by Julie Checkoway 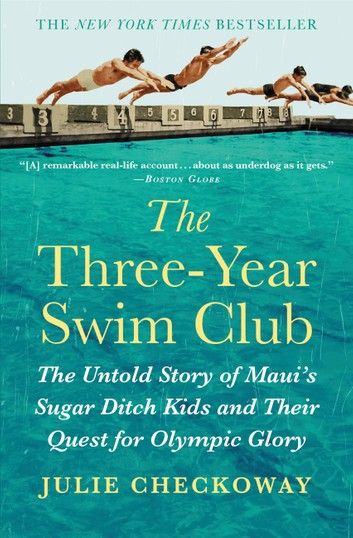 “In 1937, a schoolteacher on the island of Maui challenged a group of poverty-stricken sugar plantation kids to swim upstream against the current of their circumstance. The goal? To become Olympians.” 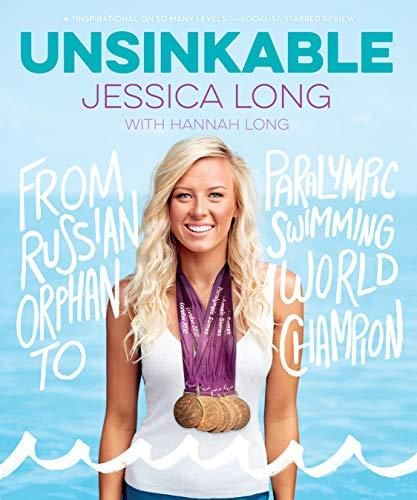 9. Courage to Soar: A Body in Motion, A Life in Balance by Simone Biles “In Courage to Soar, the official autobiography from four-time Olympic gold-winning and record-setting American gymnast Simone Biles, Simone shares how her faith, family, passion, and perseverance has made her one of the top athletes and gymnasts in the world—and how you too can overcome challenges in your life.”

10. Fierce: How Competing for Myself Changed Everything by Aly Raisman “Discover Aly Raisman’s inspiring story of dedication, perseverance, and learning to think positive even in the toughest times on her path to gold medal success in two Olympic Games–and beyond.”

11. I Got This: To Gold and Beyond by Laurie Hernandez “Gold medal-winning Olympic gymnast and Dancing with the Stars champion Laurie Hernandez shares her story in her own words in this debut for fans of all ages—featuring never-before-seen photos and brand-new content.”

12. The End of the Perfect 10: The Making and Breaking of Gymnastics’ Top Score — from Nadia to Now by Dvora Meyers 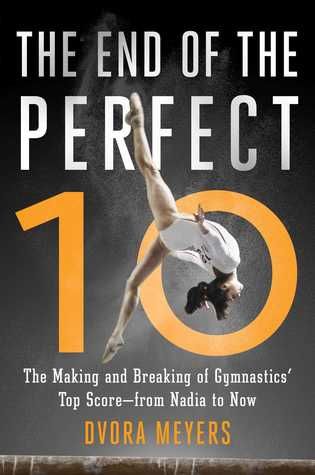 “A ‘delightful and insightful’ (The Wall Street Journal) account of the controversial world of gymnastics and its scoring system, which has propelled powerful and athletic American gymnasts to the top of the sport.”

13. Little Girls in Pretty Boxes: The Making and Breaking of Elite Gymnasts and Figure Skaters by Joan Ryan “Welcome to the world of women’s gymnastics and figure skating–the real world that happens away from the cameras, at the training camps and in the private lives of these talented teenage competitors. From starvation diets and debilitating injuries to the brutal tactics of tyrannical gymnastics guru Béla Károlyi, Little Girls in Pretty Boxes portrays the horrors endured by girls at the hands of their coaches and sometimes their own families–and is now updated with a new introduction and foreword that address the sexual abuse scandal perpetrated by USA Gymnastics national team doctor, Larry Nassar.”

14. Fire on the Track: Betty Robinson and the Triumph of the Early Olympic Women by Roseanne Montillo “The inspiring and irresistible true story of the women who broke barriers and finish-line ribbons in pursuit of Olympic Gold.”

15. Olympic Collision: The Story of Mary Decker and Zola Budd by Kyle Keiderling “It remains one of the most memorable moments in modern Olympic history. At the 1984 summer games in Los Angeles, a raucous crowd of ninety thousand saw their favorite in the women’s 3,000-meter race, Mary Decker, go down. An audience of two billion around the world witnessed the mishap and listened to the instantaneous accusations against the suspected culprit, Zola Budd.” “When high jumper Alice Coachman won the high jump title at the 1941 national championships with ‘a spectacular leap,’ African American women had been participating in competitive sport for close to twenty-five years. Yet it would be another twenty years before they would experience something akin to the national fame and recognition that African American men had known since the 1930s, the days of Joe Louis and Jesse Owens.” “Texas girl Babe Didrikson never tried a sport too tough and never met a hurdle too high. Despite attempts to keep women from competing, Babe achieved All-American status in basketball and won gold medals in track and field at the 1932 Olympics. Then Babe attempted to conquer golf…” “What makes a great team? Sports journalist Peggy Shinn answers this question in her enthralling account of the dramatic rise of the U.S. women’s cross-country ski team, winners of eight medals at three world championships over the past five years.”

19. Finding the Edge: My Life on the Ice by Karen Chen “Figure skating icon and U.S. National Champion Karen Chen tells the amazing story of her rise to the top, featuring never-before-seen photos and behind-the-scenes details from her journey on and off the ice!”

20. The Second Mark: Courage, Corruption, and the Battle for Olympic Gold by Joy Goodwin “Exhaustively researched by a skating insider, The Second Mark takes readers deep into the world of the Olympic athlete, illuminating the fascinating differences between East and West. From the frozen fields of China to the secret corridors of the old Soviet sports system, from a tiny farm village in remotest Quebec to the judges’ backstage world, The Second Mark tells the compelling human stories behind one of the most controversial nights in Olympic history.”

21. How to Watch the Olympics by David Goldblatt and Johnny Acton “David Goldblatt and Johnny Acton have created this utterly thorough and always fun guide to the rules, strategy, and history of each sport.”