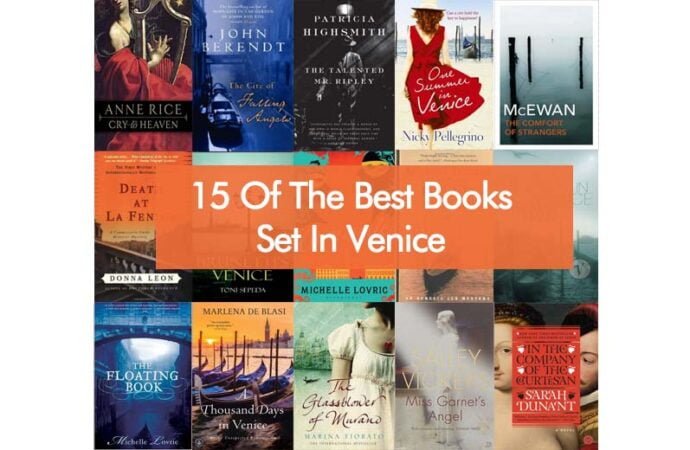 These must-read books set in Venice include novels, historical fiction, mystery series, and travel guides with a literary spin. Visit Venice, the city of gondolas, bridges, carnivals, architecture, art, St. Mark’s Square, the Bridge of Sighs, and Grand Canal, to name just a few sights and highlights of this unique Italian city, with these books that take place in Venice, Italy.

1. Cry to Heaven by Anne Rice 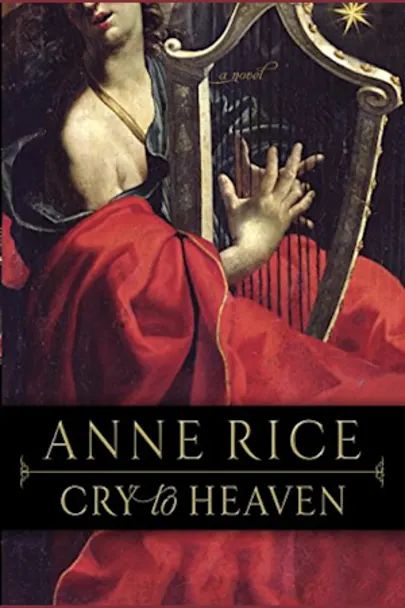 “In a sweeping saga of music and vengeance, the acclaimed author of The Vampire Chronicles draws readers into eighteenth-century Italy, bringing to life the decadence beneath the shimmering surface of Venice, the wild frivolity of Naples, and the magnetic terror of its shadow, Vesuvius. This is the story of the castrati, the exquisite and otherworldly sopranos whose graceful bodies and glorious voices win the adulation of royal courts and grand opera houses throughout Europe. These men are revered as idols—and, at the same time, scorned for all they are not.”

2. The City of Falling Angels by John Berendt 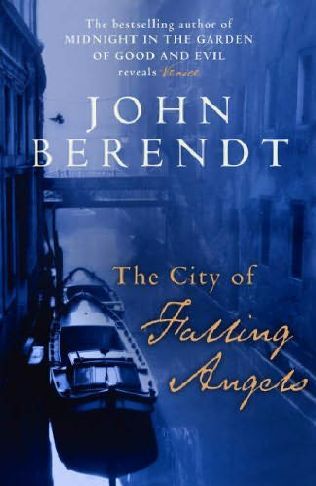 “Turning to the magic, mystery, and decadence of Venice, Berendt gradually reveals the truth behind a sensational fire that in 1996 destroyed the historic Fenice opera house. Encountering a rich cast of characters, Berendt tells a tale full of atmosphere and surprise as the stories build, one after the other, ultimately coming together to portray a world as finely drawn as a still-life painting.” 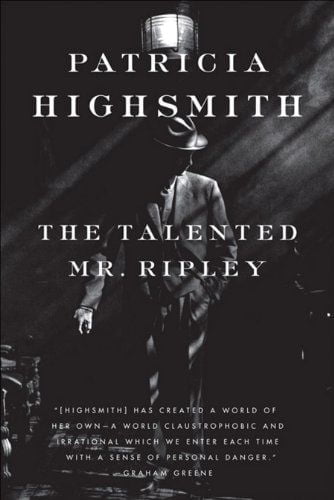 “In this first novel, we are introduced to suave, handsome Tom Ripley: a young striver, newly arrived in the heady world of Manhattan in the 1950s. A product of a broken home, branded a ‘sissy’ by his dismissive Aunt Dottie, Ripley becomes enamored of the moneyed world of his new friend, Dickie Greenleaf. This fondness turns obsessive when Ripley is sent to Italy to bring back his libertine pal, but he grows enraged by Dickie’s ambivalent feelings for Marge, a charming American dilettante.”

4. One Summer in Venice by Nicky Pellegrino 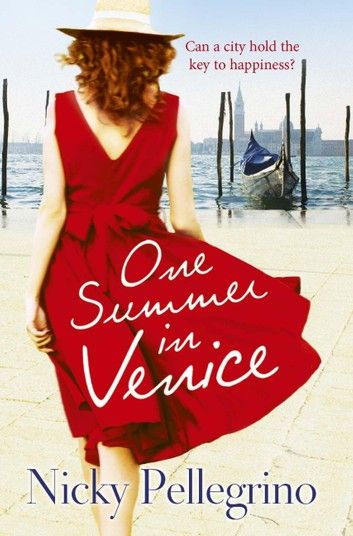 “Addolorata Martinelli knows she should be happy. She has everything she thought she wanted – her own business, a husband, a child. So why does she feel as if something is missing? Then when her restaurant, Little Italy, is slated by a reviewer, she realises that she’s lost the one thing she thought she could always count on, her love of food. So Addolorata heads to Venice for a summer alone, aiming to find the ten things that make her happy. Once she’s found them, she’ll construct a new life around her ten things, but will they include her life in London?”

5. The Comfort of Strangers by Ian McEwan 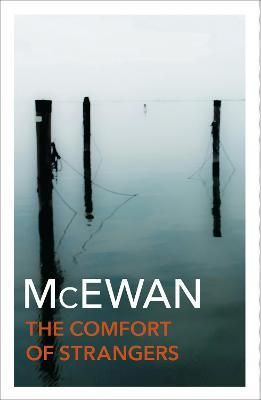 “Visiting an unnamed city, Mary and Colin attract the interest of Robert, a charismatic older man with a story to tell. But the more they get to know Robert—and his disabled wife, Caroline—the more apparent it becomes that there’s something not quite right about their new friends. A shocking work of violence and obsession, The Comfort of Strangers is Ian McEwan at his very best.” From Death at La Fenice: A Commissario Guido Brunetti Mystery: “The first book in the internationally bestselling Guido Brunetti detective series in which a high society murder leads Guido to investigate the darker side of beautiful Venice.” “In Brunetti’s Venice, tourists and armchair travelers follow in the footsteps of Brunetti as he traverses the city he knows and loves. With his acute eye for change in his native city, his fascination with the past, his ear for language and his passion for food and drink, and his familiarity with the dark realities of crime and corruption, Brunetti is the perfect companion for any walk across La Serenissima.” “When I think of Venice as she was in 1782, I think of a hundred thousand souls all devoted to pleasure. Souls like that become insubstantial and faintly luminous. You see, we were in the phosphorescent stage of decay…

“Richly imagined and as irresistible as its magical setting, Carnevale evokes the three great loves of the painter Cecilia Cornaro: Casanova, Byron and La Serenissima herself.” 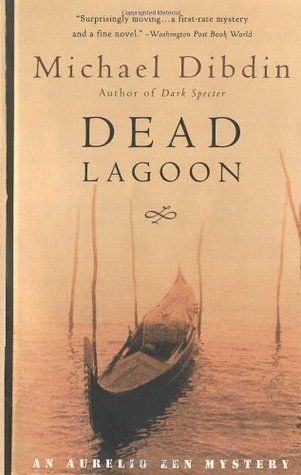 “Zen returns to his native Venice. He is searching for the ghostly tormentors of a half-demented contessa and a vanished American millionaire whose family is paying Zen under the table to determine his whereabouts-dead or alive. But he keeps stumbling over corpses that are distressingly concrete: from the crooked cop found drowned in one of the city’s noisome ‘black wells’ to a brand-new skeleton that surfaces on the Isle of the Dead. The result is a mystery rich in character and deduction, and intensely informed about the history, politics, and manners of its Venetian setting.”

10. Death in Venice by Thomas Mann 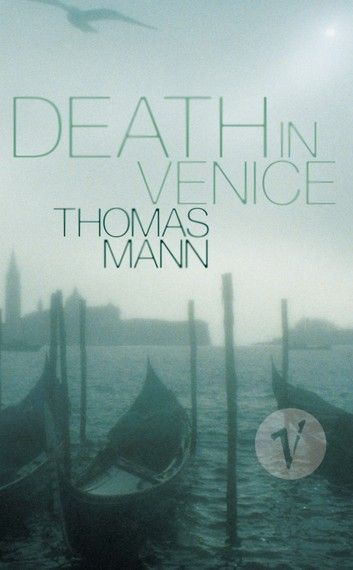 11. The Floating Book by Michelle Lovric 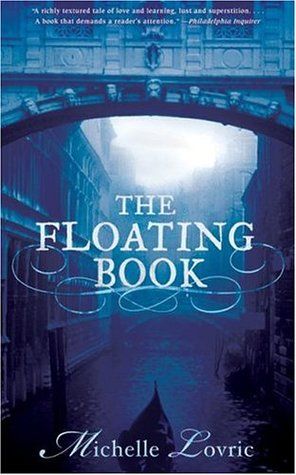 12. A Thousand Days in Venice by Marlena de Blasi 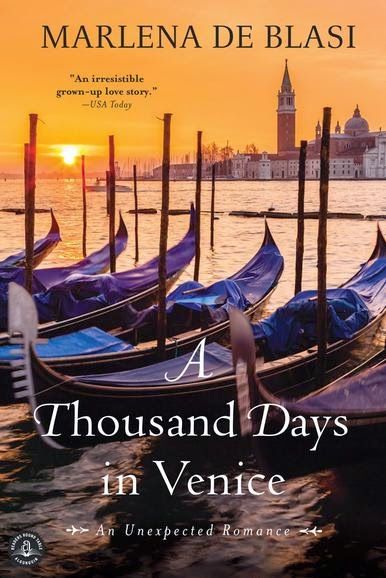 “Fernando first sees Marlena across the Piazza San Marco and falls in love from afar. When he sees her again in a Venice café a year later, he knows it is fate. He knows little English; she, a divorced American chef traveling through Italy, speaks only food-based Italian. Marlena thought she was done with romantic love, incapable of intimacy. Yet within months of their first meeting, she has quit her job, sold her house in St. Louis, kissed her two grown sons good-bye, and moved to Venice to marry “the stranger,” as she calls Fernando.

“This deliciously satisfying memoir is filled with the foods and flavors of Italy and peppered with culinary observations and recipes. But the main course here is an enchanting true story about a woman who falls in love with both a man and a city, and finally finds the home she didn’t even know she was missing.”

13. The Glassblower of Murano by Marina Fiorato “Venice, 1681. Glassblowing is the lifeblood of the Republic, and Venetian mirrors are more precious than gold. Jealously guarded by the murderous Council of Ten, the glassblowers of Murano are virtually imprisoned on their island in the lagoon. But the greatest of the artists, Corradino Manin, sells his methods and his soul to the Sun King, Louis XIV of France, to protect his secret daughter. In the present day his descendant, Leonora Manin, leaves an unhappy life in London to begin a new one as a glassblower in Venice. As she finds new life and love in her adoptive city, her fate becomes inextricably linked with that of her ancestor and the treacherous secrets of his life begin to come to light.” “Stories magically unfold within this novel’s irresistible tale of Miss Julia Garnet, a schoolteacher who decides, after the death of her longtime friend Harriet, to take an apartment for six months in Venice. Soon overwhelmed by the sheer beauty of the city and its magnificent art, Miss Garnet’s English reserve begins to melt away. For the first time in her life she falls in love—with an art dealer named Carlo—and her once ordinary world is further transformed by a beautiful Italian boy, Nicco, and an enigmatic pair of twins engaged in restoring the fourteenth-century Chapel-of-the-Plague.

“Most affecting to Julia, though, is her discovery in a local church of panels depicting the ancient tale of Tobias and the Angel. As Julia unravels the story of Tobias’s redemption, she too strives to recover losses—not just her own but also the priceless painting of an angel that goes mysteriously missing from the Chapel along with one of the twins restoring it. His name is Toby. And Miss Garnet herself may prove to be an angel, but nowhere in this haunting, beautifully textured and multilayered novel is anything quite what it appears to be.”

15. In the Company of the Courtesan by Sarah Dunant “Escaping the sack of Rome in 1527, with their stomachs churning on the jewels they have swallowed, the courtesan Fiammetta and her dwarf companion, Bucino, head for Venice, the shimmering city born out of water to become a miracle of east-west trade: rich and rancid, pious and profitable, beautiful and squalid.”