15 Books By Latinos To Read For Hispanic Heritage Month 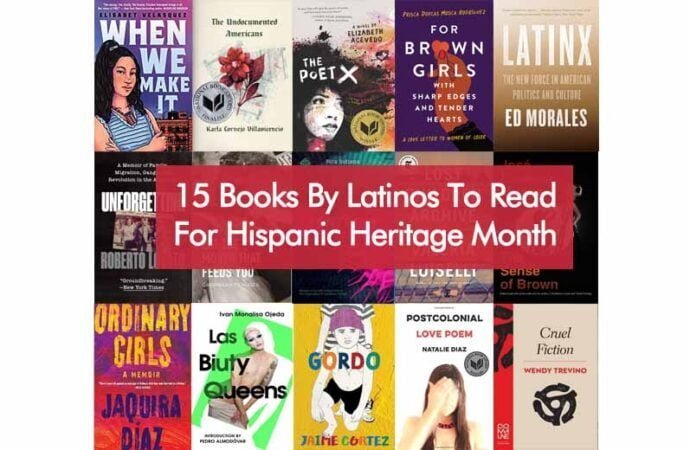 These recent books by Latino authors make perfect companions for National Hispanic Heritage Month from September 15 to October 15, which honors the cultures and contributions of both Hispanic and Latino Americans and heritages rooted in all Latin American countries. If you haven’t already, then place on your TBR list these 15 books by Latinos to read for Hispanic Heritage Month.

1. When We Make It by Elisabet Velasquez 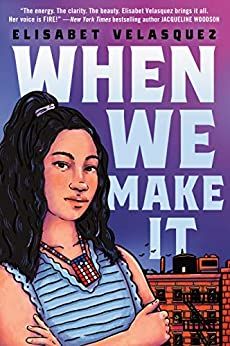 “Sarai is a first-generation Puerto Rican eighth grader who can see with clarity the truth, pain, and beauty of the world both inside and outside her Bushwick apartment. Together with her older sister Estrella, she navigates the strain of family traumas and the systemic pressures of toxic masculinity and housing insecurity in a rapidly gentrifying Brooklyn. Sarai questions the society around her, her Boricua identity, and the life she lives with determination and an open heart, learning to celebrate herself in a way that she has been denied.” 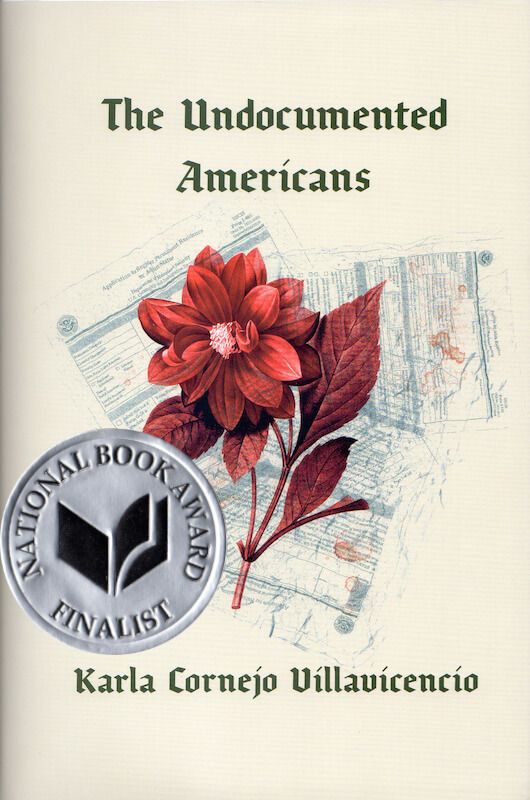 “Writer Karla Cornejo Villavicencio was on DACA when she decided to write about being undocumented for the first time using her own name. It was right after the election of 2016, the day she realized the story she’d tried to steer clear of was the only one she wanted to tell. So she wrote her immigration lawyer’s phone number on her hand in Sharpie and embarked on a trip across the country to tell the stories of her fellow undocumented immigrants—and to find the hidden key to her own.”

3. The Poet X by Elizabeth Acevedo 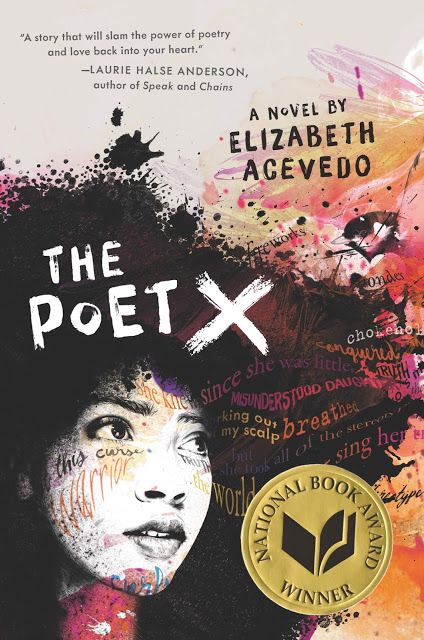 “Fans of Jacqueline Woodson, Meg Medina, and Jason Reynolds will fall hard for this astonishing New York Times-bestselling novel-in-verse by an award-winning slam poet, about an Afro-Latina heroine who tells her story with blazing words and powerful truth.”

4. For Brown Girls with Sharp Edges and Tender Hearts: A Love Letter to Women of Color by Prisca Dorcas Mojica Rodriguez 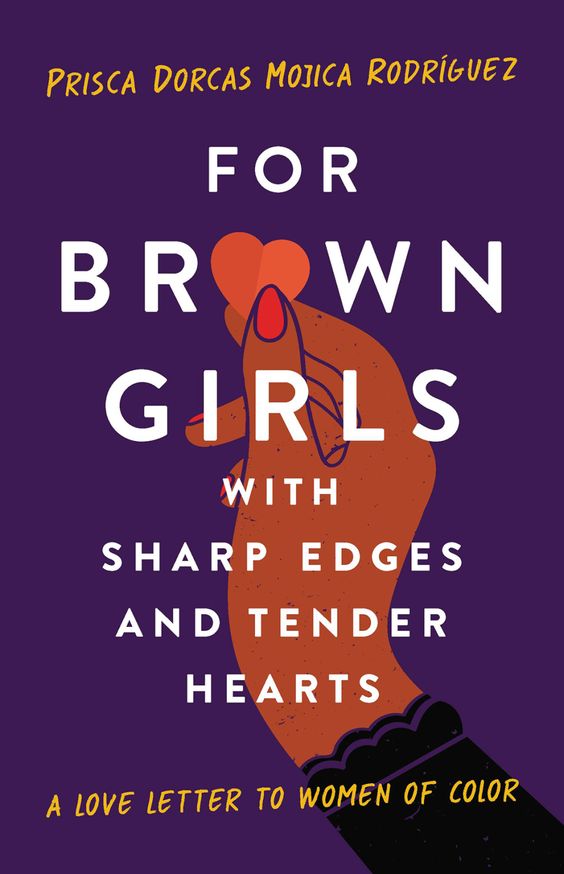 “For generations, Brown girls have had to push against powerful forces of sexism, racism, and classism, often feeling alone in the struggle. By founding Latina Rebels, Prisca Dorcas Mojica Rodríguez has created a community to help women fight together. In For Brown Girls with Sharp Edges and Tender Hearts, she offers wisdom and a liberating path forward for all women of color. She crafts powerful ways to address the challenges Brown girls face, from imposter syndrome to colorism. She empowers women to decolonize their worldview, and defy “universal” white narratives, by telling their own stories. Her book guides women of color toward a sense of pride and sisterhood and offers essential tools to energize a movement.”

5. Latinx: The New Force in American Politics and Culture by Ed Morales “In this groundbreaking discussion, Ed Morales explains how Latinx political identities are tied to a long Latin American history of mestizaje—“mixedness” or “hybridity”—and that this border thinking is both a key to understanding bilingual, bicultural Latin cultures and politics and a challenge to America’s infamously black–white racial regime. This searching and long-overdue exploration of the meaning of race in American life reimagines Cornel West’s bestselling Race Matters with a unique Latinx inflection.”

6. Unforgetting: A Memoir of Family, Migration, Gangs, and Revolution in the Americas by Roberto Lovato 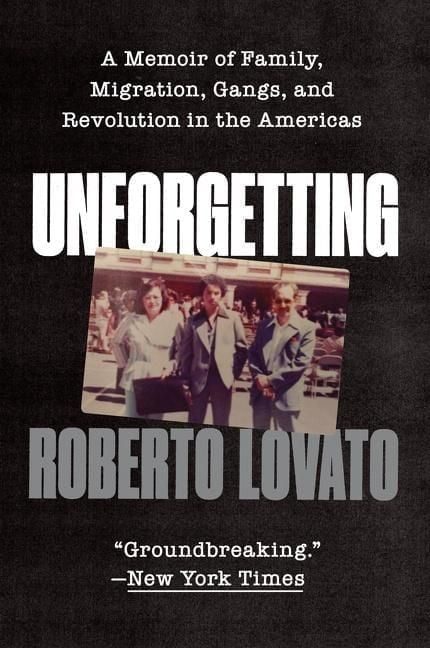 “An urgent, no-holds-barred tale of gang life, guerrilla warfare, intergenerational trauma, and interconnected violence between the United States and El Salvador, Roberto Lovato’s memoir excavates family history and reveals the intimate stories beneath headlines about gang violence and mass Central American migration, one of the most important, yet least-understood humanitarian crises of our time—and one in which the perspectives of Central Americans in the United States have been silenced and forgotten.”

7. Eat the Mouth That Feeds You by Carribean Fragoza 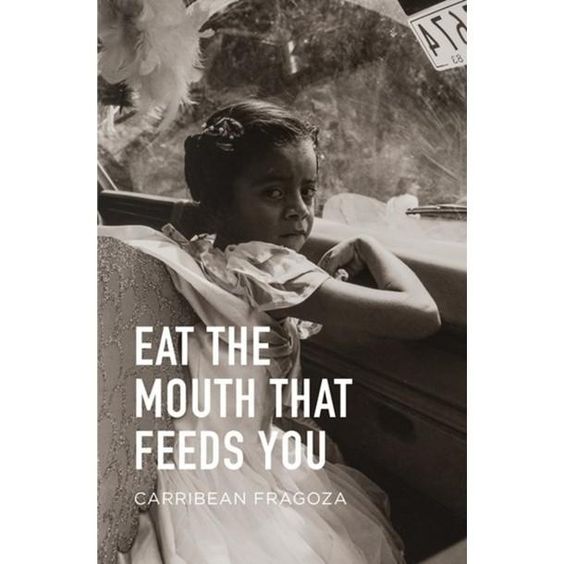 “Carribean Fragoza’s imperfect characters are drawn with a sympathetic tenderness as they struggle against circumstances and conditions designed to defeat them. A young woman returns home from college, only to pick up exactly where she left off: a smart girl in a rundown town with no future. A mother reflects on the pain and pleasures of being inexorably consumed by her small daughter, whose penchant for ingesting grandma’s letters has extended to taking bites of her actual flesh. A brother and sister watch anxiously as their distraught mother takes an ax to their old furniture, and then to the backyard fence, until finally she attacks the family’s beloved lime tree.” 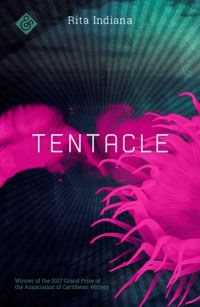 “Plucked from her life on the streets of post-apocalyptic Santo Domingo, young maid Acilde Figueroa finds herself at the heart of a voodoo prophecy: only she can travel back in time and save the ocean – and humanity – from disaster. But first she must become the man she always was – with the help of a sacred anemone. Tentacle is an electric novel with a big appetite and a brave vision, plunging headfirst into questions of climate change, technology, Yoruba ritual, queer politics, poverty, sex, colonialism and contemporary art. Bursting with punk energy and lyricism, it’s a restless, addictive trip: The Tempest meets the telenovela.” “In Valeria Luiselli’s fiercely imaginative follow-up to the American Book Award-winning Tell Me How It Ends, an artist couple set out with their two children on a road trip from New York to Arizona in the heat of summer. As the family travels west, the bonds between them begin to fray: a fracture is growing between the parents, one the children can almost feel beneath their feet.”

10. The Sense of Brown by José Esteban Muñoz 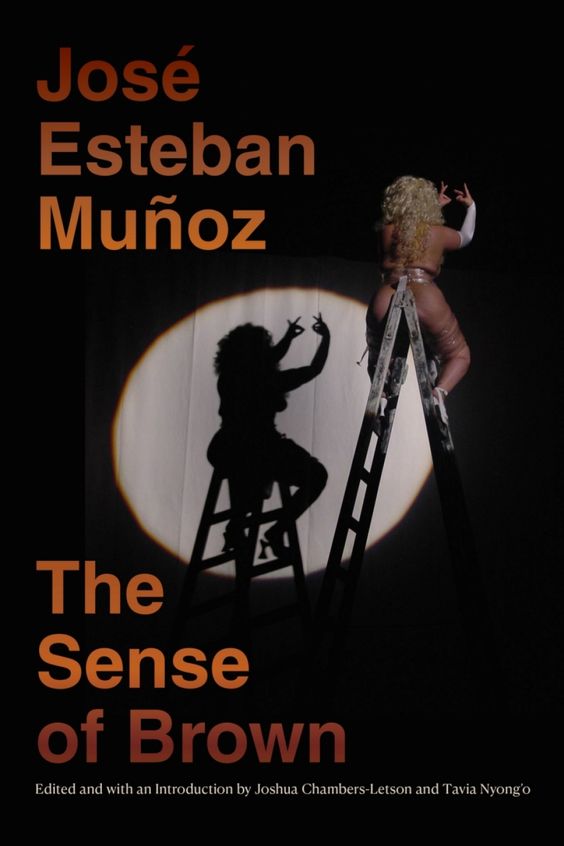 “The Sense of Brown is José Esteban Muñoz’s treatise on brownness and being as well as his most direct address to queer Latinx studies. In this book, which he was completing at the time of his death, Muñoz examines the work of playwrights Ricardo Bracho and Nilo Cruz, artists Nao Bustamante, Isaac Julien, and Tania Bruguera, and singer José Feliciano, among others, arguing for a sense of brownness that is not fixed within the racial and national contours of Latinidad.” 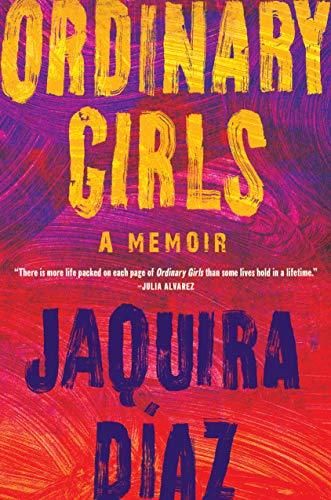 “Reminiscent of Tara Westover’s Educated, Kiese Laymon’s Heavy, Mary Karr’s The Liars’ Club, and Terese Marie Mailhot’s Heart Berries, Jaquira Díaz’s memoir provides a vivid portrait of a life lived in (and beyond) the borders of Puerto Rico and its complicated history—and reads as electrically as a novel.” “Drawing from his/her own experience as a trans performer, sex worker, and undocumented immigrant, Iván Monalisa Ojeda chronicles the lives of Latinx queer and trans immigrants in New York City. Whether she is struggling with addiction, clashing with law enforcement, or is being subjected to personal violence, each character choses her own path of defiance, often responding to her fate with with irreverent dark humor. What emerges is the portrait of a group of friends who express unquestioning solidarity and love for each other, and of an unfamiliar, glittering and violent, New York City that will draw readers in and swallow them whole.” “Shedding profound natural light on the inner lives of migrant workers, Jaime Cortez’s debut collection ushers in a new era of American literature that gives voice to a marginalized generation of migrant workers in the West.” “Postcolonial Love Poem is an anthem of desire against erasure. Natalie Diaz’s brilliant second collection demands that every body carried in its pages―bodies of language, land, rivers, suffering brothers, enemies, and lovers―be touched and held as beloveds. Through these poems, the wounds inflicted by America onto an indigenous people are allowed to bloom pleasure and tenderness: “Let me call my anxiety, desire, then. / Let me call it, a garden.” In this new lyrical landscape, the bodies of indigenous, Latinx, black, and brown women are simultaneously the body politic and the body ecstatic. In claiming this autonomy of desire, language is pushed to its dark edges, the astonishing dunefields and forests where pleasure and love are both grief and joy, violence and sensuality.” “Cruel Fiction brings together new material with celebrated work published here for the first time in book form, including the provocative and charged “Brazilian Is Not a Race,” a sonnet sequence meditating on race, nation, and history seen from the author’s native Rio Grande Valley; it also includes widely-circulated “128-131,” a caustic, hilarious, tender account memorializing three days in jail during the Occupy movement, one of the many insurgencies that provide the context and kinesis of this powerful collection. This is a spectacular debut trying to puzzle through our present, from the workplace to the pop charts but most of all to the politics of struggle.”