10 Of The Best Spooky Books To Read This Halloween 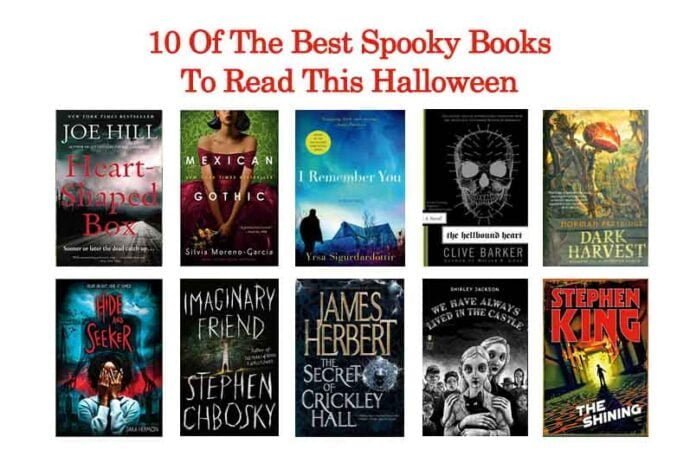 With Halloween just around the cover, it’s that time of year again to turn our attention to ghosts, goblins, spirits, candy corn, and some chilling, thrilling page-turners. Dare to be scared with these 10 of the best spooky books to read this Halloween. 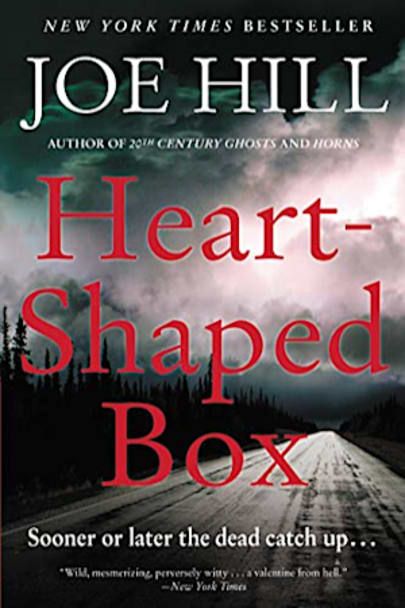 “Aging death-metal rock legend Judas Coyne is a collector of the macabre: a cookbook for cannibals…a used hangman’s noose…a snuff film. But nothing he possesses is as unique or as dreadful as his latest purchase off the Internet: a one-of-a-kind curiosity that arrives at his door in a black heart-shaped box…a musty dead man’s suit still inhabited by the spirit of its late owner. And now everywhere Judas Coyne goes, the old man is there—watching, waiting, dangling a razor blade on a chain from his bony hand.” “An isolated mansion. A chillingly charismatic aristocrat. And a brave socialite drawn to expose their treacherous secrets. . . . From the author of Gods of Jade and Shadow comes ‘a terrifying twist on classic gothic horror’ (Kirkus Reviews) set in glamorous 1950s Mexico.”

3. I Remember You by Yrsa Sigurðardóttir 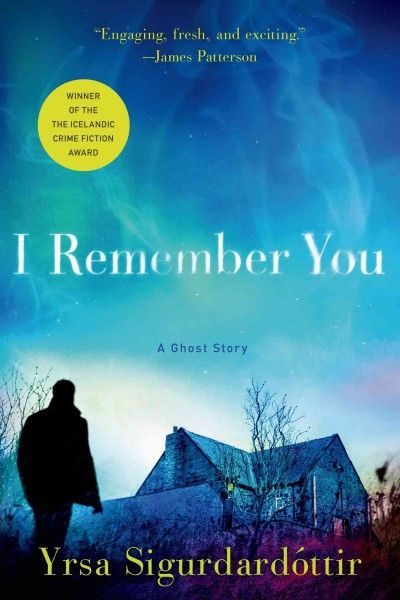 “In an isolated village in the Icelandic Westfjords, three friends set to work renovating a rundown house. But soon, they realize they are not as alone as they thought. Something wants them to leave, and it’s making its presence felt. Meanwhile, in a town across the fjord, a young doctor investigating the suicide of an elderly woman discovers that she was obsessed with his vanished son. When the two stories collide, the terrifying truth is uncovered.”

4. The Hellbound Heart by Clive Barker 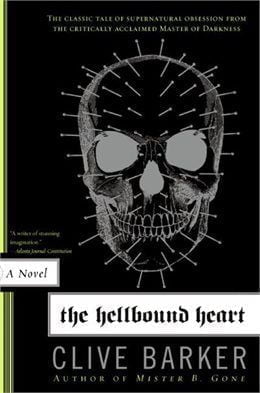 “Frank Cotton’s insatiable appetite for the dark pleasures of pain led him to the puzzle of Lemarchand’s box, and from there, to a death only a sick-minded soul could invent. But his brother’s love-crazed wife, Julia, has discovered a way to bring Frank back—though the price will be bloody and terrible . . . and there will certainly be hell to pay.” 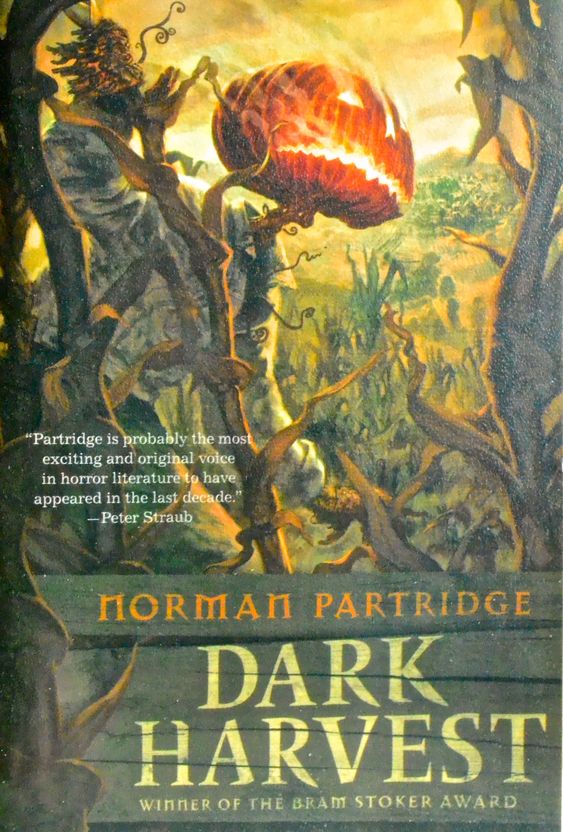 “Halloween, 1963. They call him the October Boy, or Ol’ Hacksaw Face, or Sawtooth Jack. Whatever the name, everybody in this small Midwestern town knows who he is. How he rises from the cornfields every Halloween, a butcher knife in his hand, and makes his way toward town, where gangs of teenage boys eagerly await their chance to confront the legendary nightmare. Both the hunter and the hunted, the October Boy is the prize in an annual rite of life and death.”

6. Hide and Seeker by Daka Hermon 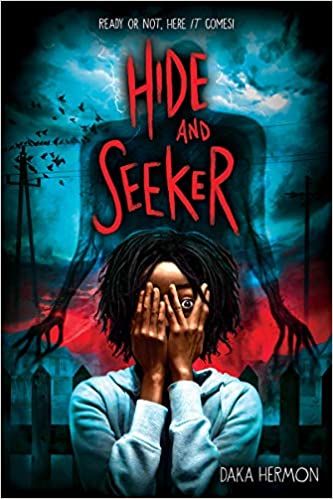 “I went up the hill, the hill was muddy, stomped my toe and made it bloody, should I wash it? Justin knows that something is wrong with his best friend. Zee went missing for a year. And when he came back, he was . . . different. Nobody knows what happened to him. At Zee’s welcome home party, Justin and the neighborhood crew play Hide and Seek. But it goes wrong. Very wrong. One by one, everyone who plays the game disappears, pulled into a world of nightmares come to life. Justin and his friends realize this horrible place is where Zee had been trapped. All they can do now is hide from the Seeker.” 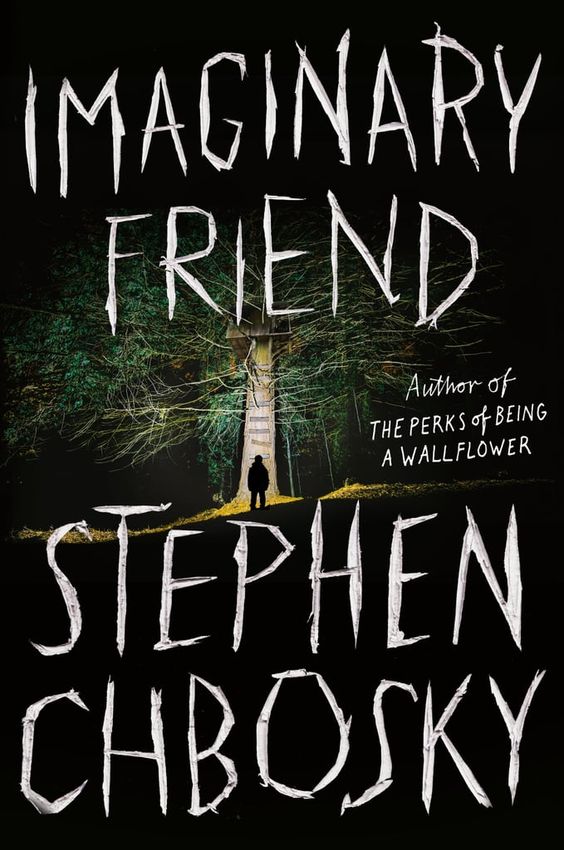 “A young boy is haunted by a voice in his head in this acclaimed epic of literary horror from the author of The Perks of Being a Wallflower.”

8. The Secret of Crickley Hall by James Herbert 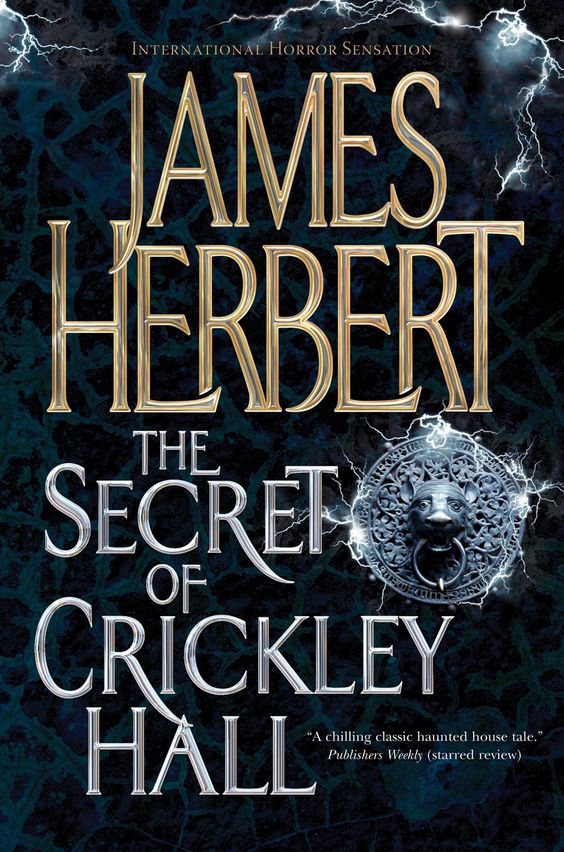 “The Secret of Crickley Hall is James Herbert’s number one bestseller. It explores the darker, more obtuse territories of evil and the supernatural. With brooding menace and rising tension, he masterfully and relentlessly draws the reader through to the ultimate revelation – one that will stay to chill the mind long after the book has been laid aside.”

9. We Have Always Lived in the Castle by Shirley Jackson 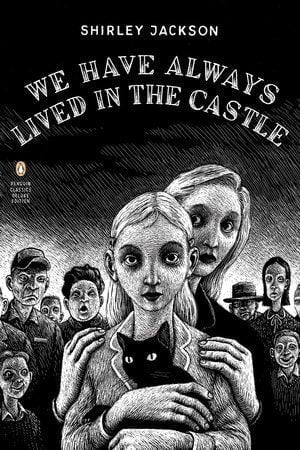 “Taking readers deep into a labyrinth of dark neurosis, We Have Always Lived in the Castle is a deliciously unsettling novel about a perverse, isolated, and possibly murderous family and the struggle that ensues when a cousin arrives at their estate. This edition features a new introduction by Jonathan Lethem.”

10. The Shining by Stephen King 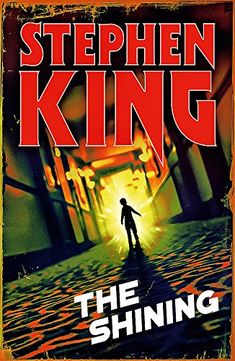 “Jack Torrance’s new job at the Overlook Hotel is the perfect chance for a fresh start. As the off-season caretaker at the atmospheric old hotel, he’ll have plenty of time to spend reconnecting with his family and working on his writing. But as the harsh winter weather sets in, the idyllic location feels ever more remote . . . and more sinister. And the only one to notice the strange and terrible forces gathering around the Overlook is Danny Torrance, a uniquely gifted five-year-old.”

Check out these 10 Ideas For A Literary Halloween. Here are 15 Of The Best Book-Themed Halloween Costumes For Kids. For more literary-themed costume ideas, check out 15 Super Cool Literary-Themed Costumes.