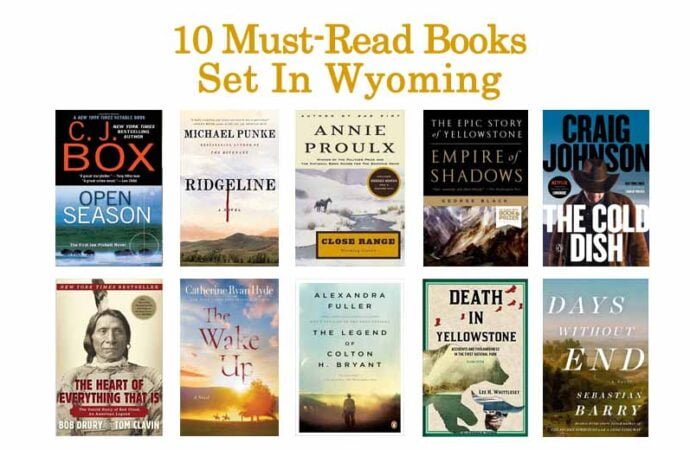 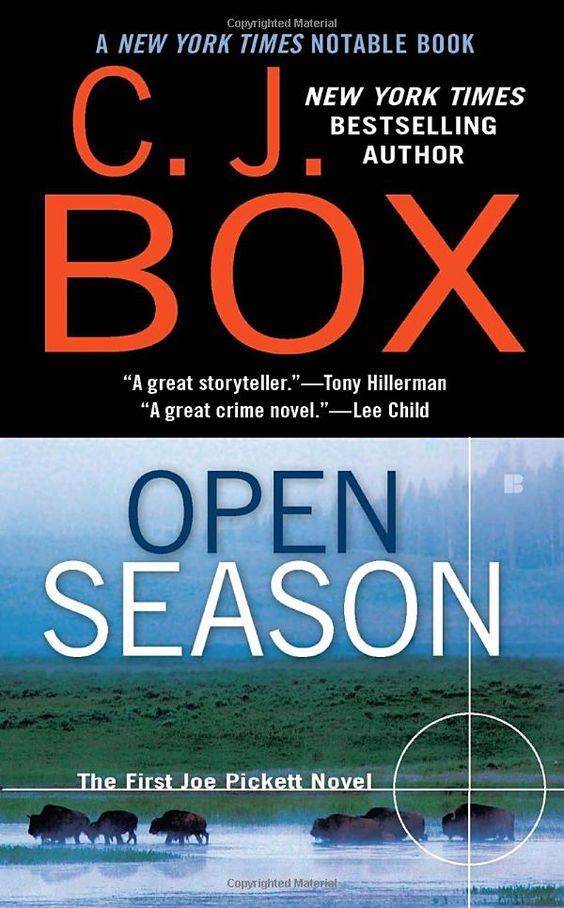 “Joe Pickett is the new game warden in Twelve Sleep, Wyoming, a town where nearly everyone hunts and the game warden—especially one like Joe who won’t take bribes or look the other way—is far from popular. When he finds a local hunting outfitter dead, splayed out on the woodpile behind his state-owned home, he takes it personally. There had to be a reason that the outfitter, with whom he’s had run-ins before, chose his backyard, his woodpile to die in. Even after the “outfitter murders,” as they have been dubbed by the local press after the discovery of the two more bodies, are solved, Joe continues to investigate, uneasy with the easy explanation offered by the local police.

“As Joe digs deeper into the murders, he soon discovers that the outfitter brought more than death to his backdoor: he brought Joe an endangered species, thought to be extinct, which is now living in his woodpile. But if word of the existence of this endangered species gets out, it will destroy any chance of InterWest, a multi-national natural gas company, building an oil pipeline that would bring the company billions of dollars across Wyoming, through the mountains and forests of Twelve Sleep. The closer Joe comes to the truth behind the outfitter murders, the endangered species and InterWest, the closer he comes to losing everything he holds dear.”

Bonus: Don’t miss the other books in the Joe Pickett series. 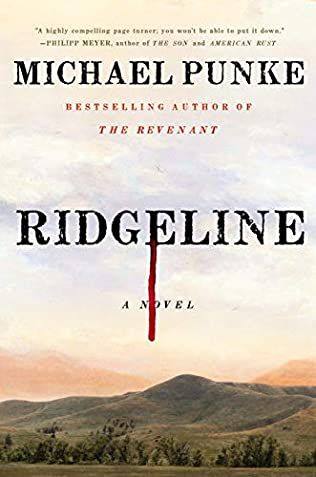 “In 1866, with the country barely recovered from the Civil War, new war breaks out on the western frontier – a clash of cultures between a young, ambitious nation and the Native tribes who have lived on the land for centuries. Colonel Henry Carrington arrives in Wyoming’s Powder River Valley to lead the US Army in defending the opening of a new road for gold miners and settlers. Carrington intends to build a fort in the middle of critical hunting grounds, the home of the Lakota. Red Cloud, one of the Lakota’s most respected chiefs, and Crazy Horse, a young but visionary warrior, understand full well the implications of this invasion. For the Lakota, the stakes are their home, their culture, their lives.” 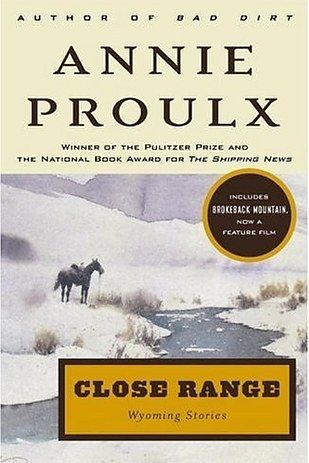 “Annie Proulx’s masterful language and fierce love of Wyoming are evident in this collection of stories about loneliness, quick violence, and wrong kinds of love. In ‘The Mud Below,’ a rodeo rider’s obsession marks the deepening fissures between his family life and self-imposed isolation. In ‘The Half-Skinned Steer,’ an elderly fool drives west to the ranch he grew up on for his brother’s funeral, and dies a mile from home. In ‘Brokeback Mountain,’ the difficult affair between two cowboys survives everything but the world’s violent intolerance.

“These are stories of desperation, hard times, and unlikely elation, set in a landscape both brutal and magnificent. Enlivened by folk tales, flights of fancy, and details of ranch and rural work, they juxtapose Wyoming’s traditional character and attitudes—confrontation of tough problems, prejudice, persistence in the face of difficulty—with the more benign values of the new west.”

4. Empire of Shadows by George Black 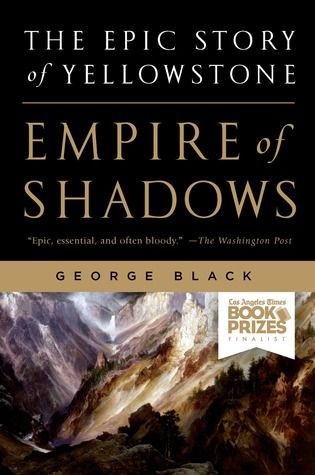 “Empire of Shadows is the epic story of the conquest of Yellowstone, Wyoming, a landscape uninhabited, inaccessible and shrouded in myth in the aftermath of the Civil War. In a radical reinterpretation of the nineteenth century West, George Black casts Yellowstone’s creation as the culmination of three interwoven strands of history – the passion for exploration, the violence of the Indian Wars and the ‘civilizing’ of the frontier – and charts its course through the lives of those who sought to lay bare its mysteries: Lt. Gustavus Cheyney Doane, a gifted but tormented cavalryman known as “the man who invented Wonderland”; the ambitious former vigilante leader Nathaniel Langford; scientist Ferdinand Hayden, who brought photographer William Henry Jackson and painter Thomas Moran to Yellowstone; and Gen. Phil Sheridan, Civil War hero and architect of the Indian Wars, who finally succeeded in having the new National Park placed under the protection of the US Cavalry. George Black¹s Empire of Shadows is a groundbreaking historical account of the origins of America¹s majestic national landmark.”

5. The Cold Dish: A Longmire Mystery by Craig Johnson 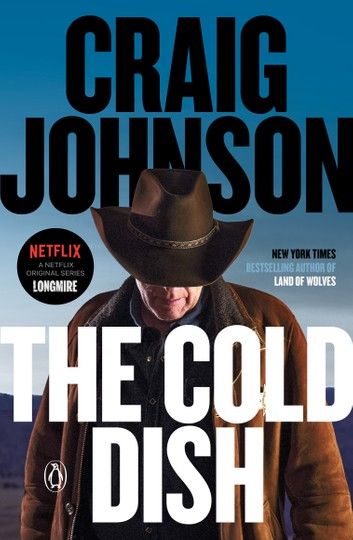 “Fans of Ace Atkins, Nevada Barr and Robert B. Parker will love this outstanding first novel, in which New York Times bestselling author Craig Johnson introduces Sheriff Walt Longmire of Wyoming’s Absaroka County. Johnson draws on his deep attachment to the American West to produce a literary mystery of stunning authenticity, and full of memorable characters. After twenty-five years as sheriff of Absaroka County, Walt Longmire’s hopes of finishing out his tenure in peace are dashed when Cody Pritchard is found dead near the Northern Cheyenne Reservation. Two years earlier, Cody has been one of four high school boys given suspended sentences for raping a local Cheyenne girl. Somebody, it would seem, is seeking vengeance, and Longmire might be the only thing standing between the three remaining boys and a Sharps .45-70 rifle. With lifelong friend Henry Standing Bear, Deputy Victoria Moretti, and a cast of characters both tragic and humorous enough to fill in the vast emptiness of the high plains, Walt Longmire attempts to see that revenge, a dish best served cold, is never served at all.”

Bonus: Don’t miss the other books in the Walt Longmire Mysteries.

6. The Heart of Everything That Is: The Untold Story of Red Cloud, An American Legend by Bob Drury and Tom Clavin 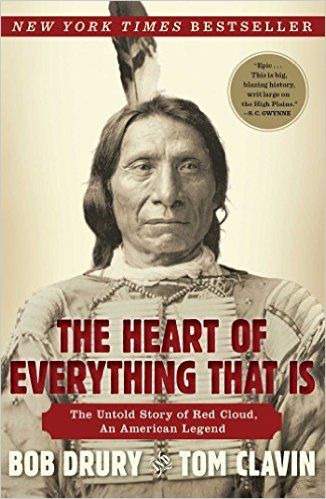 “Red Cloud was the only American Indian in history to defeat the United States Army in a war, forcing the government to sue for peace on his terms. At the peak of Red Cloud’s powers the Sioux could claim control of one-fifth of the contiguous United States and the loyalty of thousands of fierce fighters. But the fog of history has left Red Cloud strangely obscured. Now, thanks to the rediscovery of a lost autobiography, and painstaking research by two award-winning authors, the story of the nineteenth century’s most powerful and successful Indian warrior can finally be told.

“In this astonishing untold story of the American West, Bob Drury and Tom Clavin restore Red Cloud to his rightful place in American history in a sweeping and dramatic narrative based on years of primary research. As they trace the events leading to Red Cloud’s War, they provide intimate portraits of the many lives Red Cloud touched—mountain men such as Jim Bridger; US generals like William Tecumseh Sherman, who were charged with annihilating the Sioux; fearless explorers, such as the dashing John Bozeman; and the memorable warriors whom Red Cloud groomed, like the legendary Crazy Horse. And at the center of the story is Red Cloud, fighting for the very existence of the Indian way of life.”

7. The Wake Up by Catherine Ryan Hyde 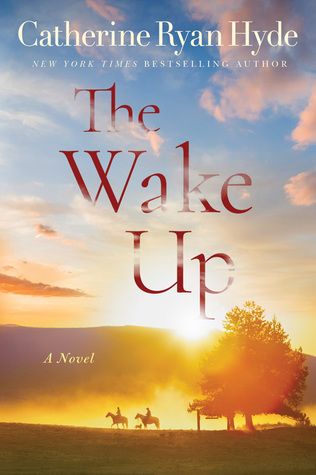 “Something has been asleep in forty-year-old cattle rancher Aiden Delacorte for a long time. It all comes back in a rush during a hunting trip, when he’s suddenly attuned to the animals around him, feeling their pain and fear as if it were his own. But the newfound sensitivity of Aiden’s ‘wake up’ has its price. He can no longer sleepwalk through life, holding everyone at arm’s length. As he struggles to cope with a trait he’s buried since childhood, Aiden falls in love with Gwen, a single mother whose young son bears a burden of his own.

“Sullen and broken from his experiences with an abusive father, Milo has turned to acting out in violent and rebellious ways. Aiden can feel the boy’s pain, as well as that of his victims. Now he and Milo must sift through their pasts to find empathy with the innocent as well as the guilty, to come to terms with their deepest fears, and to finally discover the compassionate heart of a family.”

8. The Legend of Colton H. Bryant by Alexader Fuller 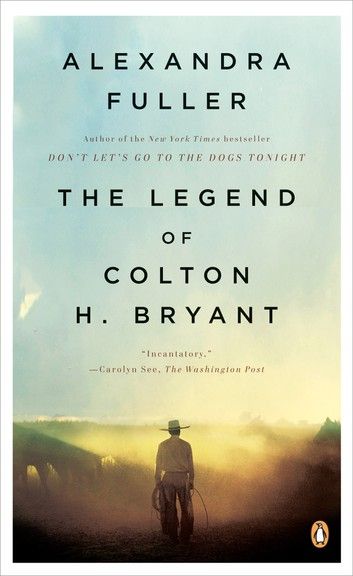 “Alexandra Fuller returns with the unforgettable true story of Colton H. Bryant, a soulful boy with a mustang-taming heart who comes of age in the oil fields and open plains of Wyoming. After surviving a sometimes cruel adolescence with his own brand of optimistic goofiness, Colton goes to work on an oil rig-and there the biggest heart in the world can’t save him from the new, unkind greed that has possessed his beloved Wyoming during the latest boom.

“Colton’s story could not be told without telling of the land that grew him, where the great high plains meet the Rocky Mountains to create a vista of lonely beauty. It is here that the existence of one boy is a true story as deeply moving as the life that inspired it.” 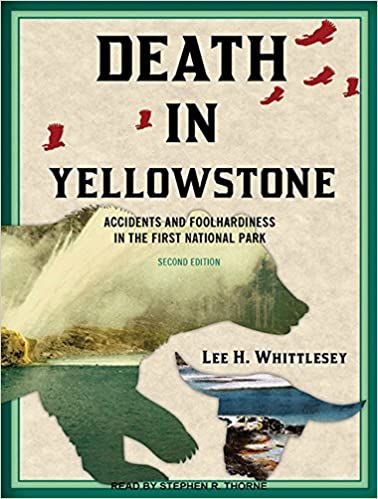 “The chilling tome that launched an entire genre of books about the often gruesome but always tragic ways people have died in our national parks, this updated edition of the classic includes calamities in Yellowstone from the past sixteen years, including the infamous grizzly bear attacks in the summer of 2011 as well as a fatal hot springs accident in 2000. In these accounts, written with sensitivity as cautionary tales about what to do and what not to do in one of our wildest national parks, Whittlesey recounts deaths ranging from tragedy to folly—from being caught in a freak avalanche to the goring of a photographer who just got a little too close to a bison. Armchair travelers and park visitors alike will be fascinated by this important book detailing the dangers awaiting in our first national park.”

10. Days Without End by Sebastian Berry 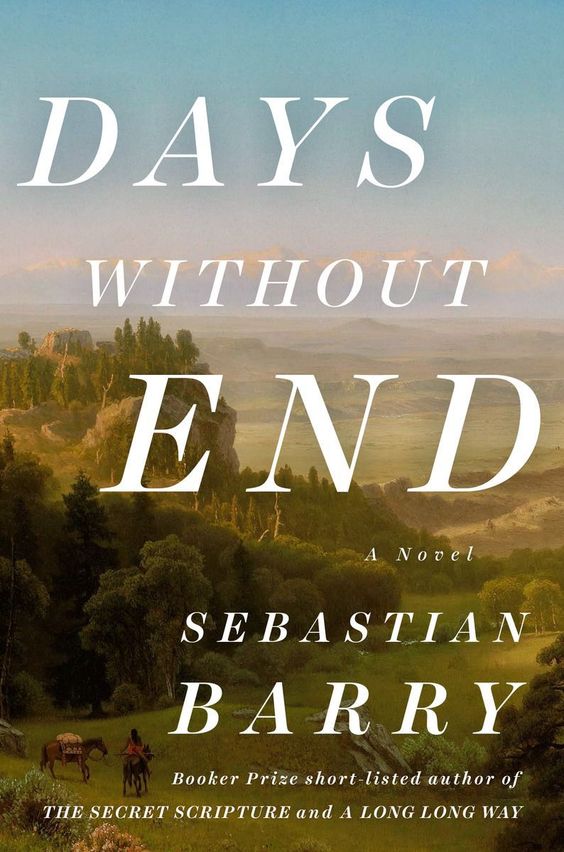 “Thomas McNulty, aged barely seventeen and having fled the Great Famine in Ireland, signs up for the U.S. Army in the 1850s. With his brother in arms, John Cole, Thomas goes on to fight in the Indian Wars—against the Sioux and the Yurok—and, ultimately, the Civil War. Orphans of terrible hardships themselves, the men find these days to be vivid and alive, despite the horrors they see and are complicit in.

“Moving from the plains of Wyoming to Tennessee, Sebastian Barry’s latest work is a masterpiece of atmosphere and language. An intensely poignant story of two men and the makeshift family they create with a young Sioux girl, Winona, Days Without End is a fresh and haunting portrait of the most fateful years in American history and is a novel never to be forgotten.”