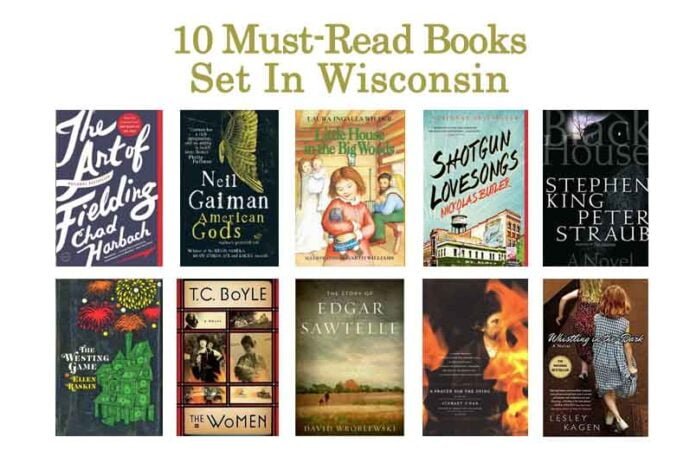 These 10 must-read books set in Wisconsin include national bestsellers, award-winning fiction, and fascinating fictionalized accounts of notable Wisconsinites. Visit America’s Dairyland and the Badger State with these books that take place in Wisconsin.

1. The Art of Fielding by Chad Harbach 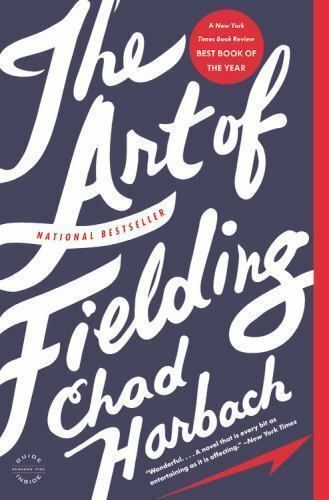 “At Westish College, a small school on the shore of Lake Michigan, baseball star Henry Skrimshander seems destined for big league stardom. But when a routine throw goes disastrously off course, the fates of five people are upended.” 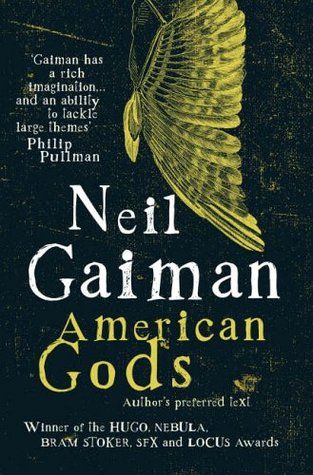 “Locked behind bars for three years, Shadow did his time, quietly waiting for the day when he could return to Eagle Point, Indiana. A man no longer scared of what tomorrow might bring, all he wanted was to be with Laura, the wife he deeply loved, and start a new life.

“But just days before his release, Laura and Shadow’s best friend are killed in an accident. With his life in pieces and nothing to keep him tethered, Shadow accepts a job from a beguiling stranger he meets on the way home, an enigmatic man who calls himself Mr. Wednesday. A trickster and a rogue, Wednesday seems to know more about Shadow than Shadow does himself.

“Life as Wednesday’s bodyguard, driver, and errand boy is far more interesting and dangerous than Shadow ever imagined. Soon Shadow learns that the past never dies . . . and that beneath the placid surface of everyday life a storm is brewing—an epic war for the very soul of America—and that he is standing squarely in its path.”

3. Little House in the Big Woods by Laura Ingalls Wilder 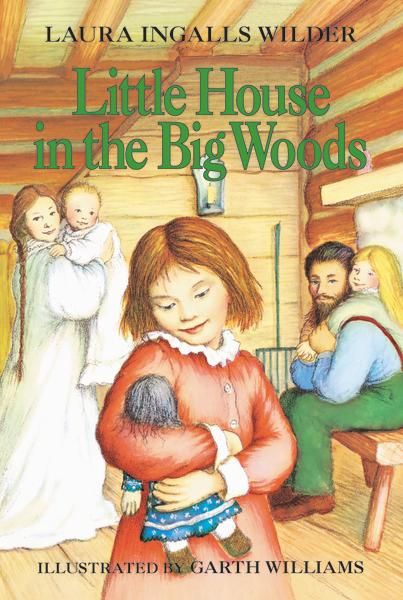 “Little House in the Big Woods takes place in 1871 and introduces us to four-year-old Laura, who lives in a log cabin on the edge of the Big Woods of Wisconsin. She shares the cabin with her Pa, her Ma, her sisters Mary and Carrie, and their lovable dog, Jack.

“Pioneer life isn’t easy for the Ingalls family, since they must grow or catch all their own food as they get ready for the cold winter. But they make the best of every tough situation. They celebrate Christmas with homemade toys and treats, do their spring planting, bring in the harvest in the fall, and make their first trip into town. And every night, safe and warm in their little house, the sound of Pa’s fiddle lulls Laura and her sisters into sleep.” 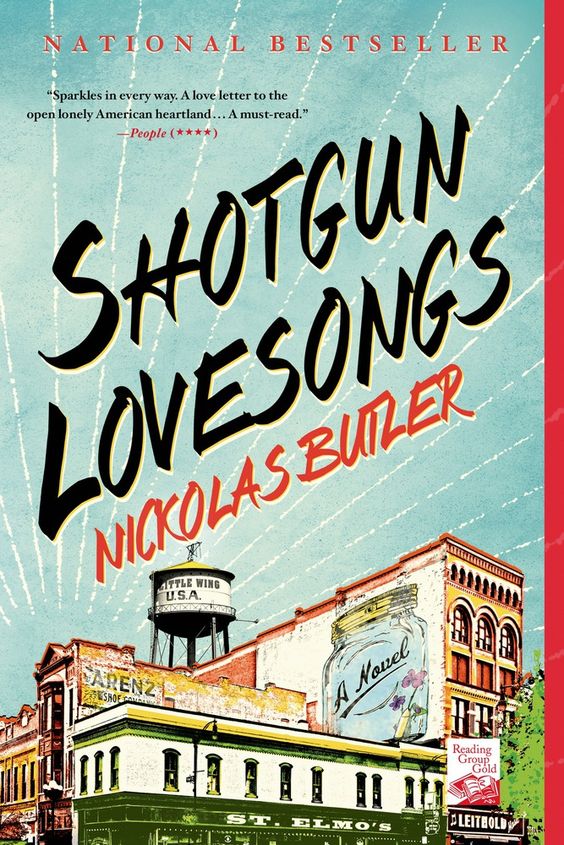 “Welcome to Little Wing. It’s a place like hundreds of others, but for four boyhood friends―all born and raised in this small Wisconsin town―it is home. One of them never left, still working the family farm, but the others felt the need to move on. One trades commodities, another took to the rodeo circuit. One of them hit it big as a rock star. And then there’s Beth, a woman who has meant something special in each of their lives. When all of them are brought together for a wedding, Little Wing seems even smaller than before. Lifelong bonds remain strong, but there are stresses―among the friends, between husbands and wives. There will be heartbreak, but there will also be hope, healing, even heroism as these memorable people learn the true meaning of friendship and love.” 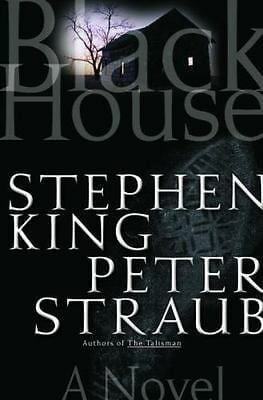 “Twenty years ago, a boy named Jack Sawyer traveled to a parallel universe called the Territories to save his mother and her Territories “Twinner” from an agonizing death that would have brought cataclysm to the other world. Now Jack is a retired Los Angeles homicide detective living in the nearly nonexistent hamlet of Tamarack, Wisconsin. He has no recollection of his adventures in the Territories, and was compelled to leave the police force when an odd, happenstance event threatened to awaken those memories.

“When a series of gruesome murders occur in western Wisconsin that are reminiscent of those committed several decades ago by a madman named Albert Fish, the killer is dubbed “the Fishman,” and Jack’s buddy, the local chief of police, begs Jack to help the inexperienced force find him. But are these new killings merely the work of a disturbed individual, or has a mysterious and malignant force been unleashed in this quiet town? What causes Jack’s inexplicable waking dreams—if that is what they are—of robins’ eggs and red feathers? It’s almost as if someone is trying to tell him something. As this cryptic message becomes increasingly impossible to ignore, Jack is drawn back to the Territories and to his own hidden past, where he may find the soul-strength to enter a terrifying house at the end of a deserted tract of forest, there to encounter the obscene and ferocious evils sheltered within it.”

6. The Westing Game by Ellen Raskin 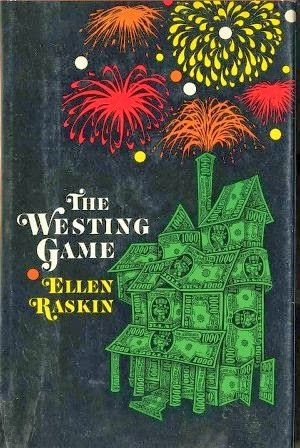 “A bizarre chain of events begins when sixteen unlikely people gather for the reading of Samuel W. Westing’s will. And though no one knows why the eccentric, game-loving millionaire has chosen a virtual stranger—and a possible murderer—to inherit his vast fortune, on things for sure: Sam Westing may be dead…but that won’t stop him from playing one last game!” 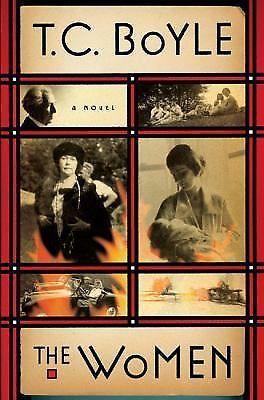 “Having brought to life eccentric cereal king John Harvey Kellogg in The Road to Wellville and sex researcher Alfred Kinsey in The Inner Circle, T.C. Boyle now turns his fictional sights on an even more colorful and outlandish character: Frank Lloyd Wright. Boyle’s incomparable account of Wright’s life is told through the experiences of the four women who loved him. There’s the Montenegrin beauty Olgivanna Milanoff, the passionate Southern belle Maude Miriam Noel, the tragic Mamah Cheney, and his young first wife, Kitty Tobin. Blazing with his trademark wit and inventiveness, Boyle deftly captures these very different women and the creative life in all its complexity.”

8. The Story of Edgar Sawtelle by David Wroblewski “Born mute, speaking only in sign, Edgar Sawtelle leads an idyllic life with his parents on their farm in remote northern Wisconsin. For generations, the Sawtelles have raised and trained a fictional breed of dog whose remarkable gift for companionship is epitomized by Almondine, Edgar’s lifelong friend and ally. Edgar seems poised to carry on his family’s traditions, but when catastrophe strikes, he finds his once-peaceful home engulfed in turmoil.

“Forced to flee into the vast wilderness lying beyond the Sawtelle farm, Edgar comes of age in the wild, fighting for his survival and that of the three yearling dogs who accompany him, until the day he is forced to choose between leaving forever or returning home to confront the mysteries he has left unsolved.”

9. A Prayer for the Dying by Stewart O’Nan 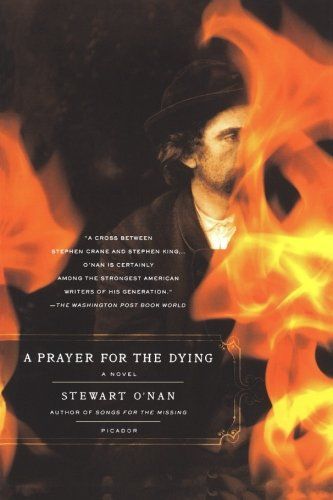 “Set in Friendship, Wisconsin, just after the Civil War, A Prayer for the Dying tells of a horrible epidemic that is suddenly and gruesomely killing the town’s residents and setting off a terrifying paranoia. Jacob Hansen, Friendship’s sheriff, undertaker, and pastor, is soon overwhelmed by the fear and anguish around him, and his sanity begins to fray. Dark, poetic, and chilling, Stewart O’Nan’s A Prayer for the Dying examines the effect of madness and violence on the morality of a once-decent man.”

10. Whistling in the Dark by Lesley Kagen 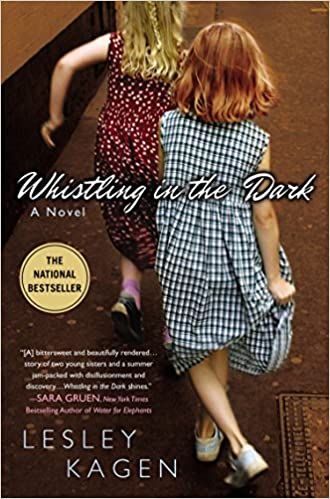 “Sally O’Malley made a promise to her daddy before he died. She swore she’d look after her sister, Troo. Keep her safe. But like her Granny always said-actions speak louder than words. Now, during the summer of 1959, the girls’ mother is hospitalized, their stepfather has abandoned them for a six pack, and their big sister, Nell, is too busy making out with her boyfriend to notice that Sally and Troo are on the Loose. And so is a murderer and molester.

“Highly imaginative Sally is pretty sure of two things. Who the killer is. And that she’s next on his list. Now she has no choice but to protect herself and Troo as best she can, relying on her own courage and the kindness of her neighbors.”