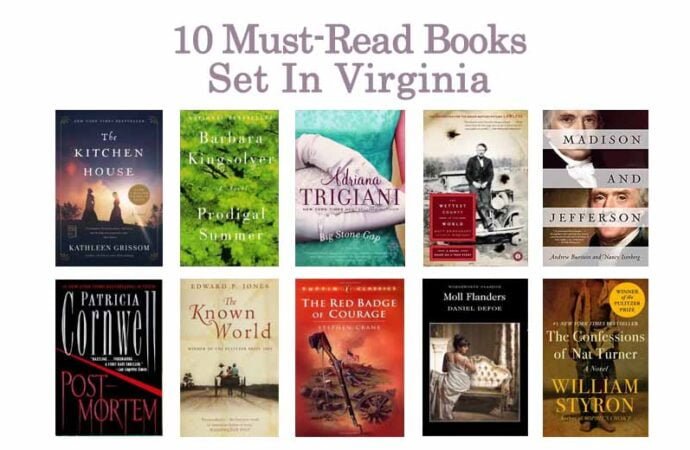 1. The Kitchen House by Kathleen Grissom 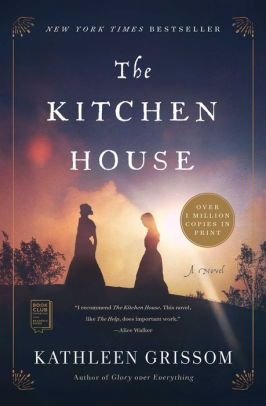 “In this gripping novel, a dark secret threatens to expose the best and worst in everyone tied to the estate at a thriving plantation in Virginia in the decades before the Civil War.” “Barbara Kingsolver’s fifth novel is a hymn to wildness that celebrates the prodigal spirit of human nature, and of nature itself. It weaves together three stories of human love within a larger tapestry of lives amid the mountains and farms of southern Appalachia. Over the course of one humid summer, this novel’s intriguing protagonists face disparate predicaments but find connections to one another and to the flora and fauna with which they necessarily share a place.” 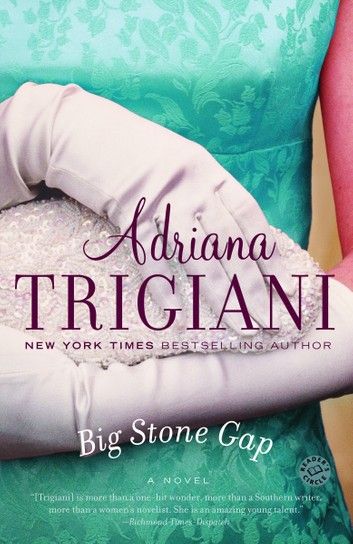 “Millions of readers around the world have fallen in love with the small town of Big Stone Gap, nestled in the Blue Ridge Mountains of Virginia, and the story of its self-proclaimed spinster, Ave Maria Mulligan. In the series’ enchanting debut, Ave Maria reaches her thirty-fifth year and resigns herself to the single life, filling her days with hard work, fun friends, and good books. Then, one fateful day, Ave Maria’s past opens wide with the revelation of a long-buried secret that will alter the course of her life. Before she knows it, Ave Maria is fielding marriage proposals, trying to claim her rightful inheritance, and planning the trip of a lifetime to Italy—one that will change her view of the world and her own place in it forever.”

4. The Wettest County in the World by Matt Bondurant 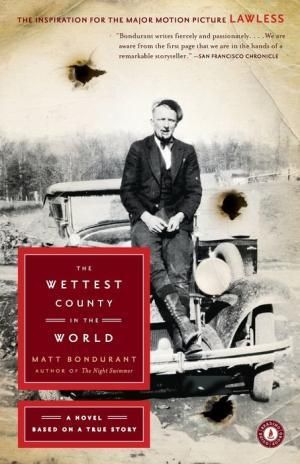 “The inspiration for the major motion picture Lawless. Based on the true story of Matt Bondurant’s grandfather and two granduncles, The Wettest County in the World is a gripping and gritty tale of bootlegging, brotherhood, and murder.”

5. Madison and Jefferson by Andrew Burstein and Nancy Isenberg 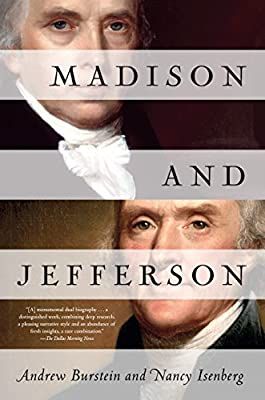 “The third and fourth presidents have long been considered proper gentlemen, with Thomas Jefferson’s genius overshadowing James Madison’s judgment and common sense. But in this revelatory book about their crucial partnership, both are seen as men of their times, hardboiled operatives in a gritty world of primal politics where they struggled for supremacy for more than fifty years. With a thrilling and unprecedented account of early America as its backdrop, Madison and Jefferson reveals these founding fathers as privileged young men in a land marked by tribal identities rather than a united national personality. Esteemed historians Andrew Burstein and Nancy Isenberg capture Madison’s hidden role—he acted in effect as a campaign manager—in Jefferson’s career. In riveting detail, the authors chart the courses of two very different presidencies: Jefferson’s driven by force of personality, Madison’s sustained by a militancy that history has been reluctant to ascribe to him.” 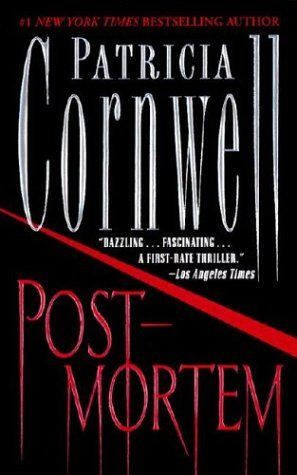 “Under cover of night in Richmond, Virginia, a monster strikes, leaving a gruesome trail of stranglings that has paralyzed the city. Medical examiner Kay Scarpetta suspects the worst: a deliberate campaign by a brilliant serial killer whose signature offers precious few clues. With an unerring eye, she calls on the latest advances in forensic research to unmask the madman. But this investigation will test Kay like no other, because it’s being sabotaged from within—and someone wants her dead.” 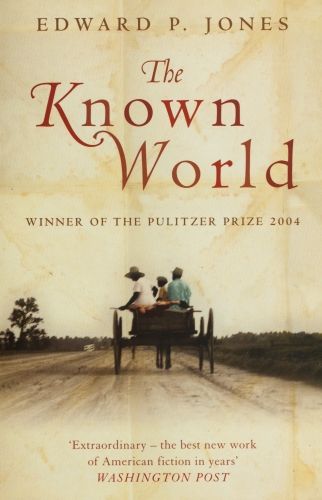 “Henry Townsend, a farmer, boot maker, and former slave, through the surprising twists and unforeseen turns of life in antebellum Virginia, becomes proprietor of his own plantation―as well his own slaves. When he dies, his widow Caldonia succumbs to profound grief, and things begin to fall apart at their plantation: slaves take to escaping under the cover of night, and families who had once found love under the weight of slavery begin to betray one another. Beyond the Townsend household, the known world also unravels: low-paid white patrollers stand watch as slave ‘speculators’ sell free black people into slavery, and rumors of slave rebellions set white families against slaves who have served them for years.”

8. The Red Badge of Courage by Stephen Crane 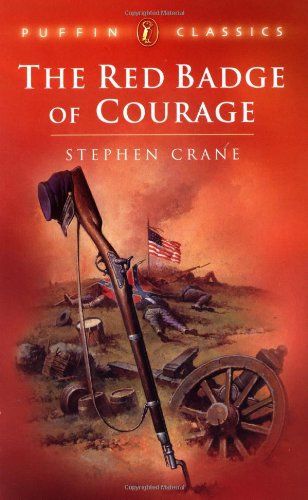 “The Red Badge of Courage is set during the American Civil War and is centered on the experiences of a young Union Army private, Henry Fleming, who longs to be wounded — to earn a “red badge of courage” — to compensate for his feelings of cowardice. The Red Badge of Courage was a ground-breaking work in how it engaged with the inner psychological life of its protagonist, providing an unprecedented psychological portrayal of fear.” 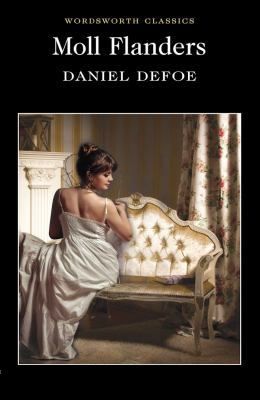 “Born and abandoned in Newgate Prison, Moll Flanders is forced to make her own way in life. She duly embarks on a career that includes husband-hunting, incest, bigamy, prostitution and pick-pocketing, until her crimes eventually catch up with her. One of the earliest and most vivid female narrators in the history of the English novel, Moll recounts her adventures with irresistible wit and candour—and enough guile that the reader is left uncertain whether she is ultimately a redeemed sinner or a successful opportunist. Based on the first edition of 1722, this volume includes a chronology, notes on currency and maps of London and Virginia in the late seventeenth century.”

10. The Confessions of Nat Turner by William Styron 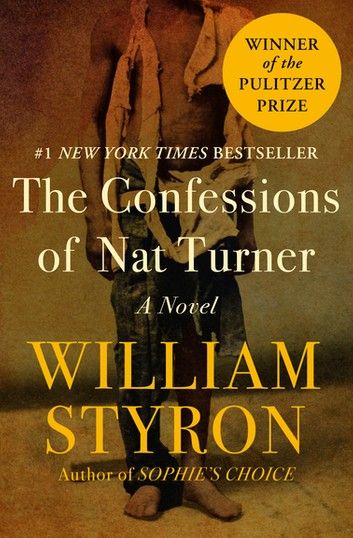 “In the late summer of 1831, in a remote section of southeastern Virginia, there took place the only effective, sustained revolt in the annals of American Negro slavery… The revolt was led by a remarkable Negro preacher named Nat Turner, an educated slave who felt himself divinely ordained to annihilate all the white people in the region. The Confessions of Nat Turner is narrated by Nat himself as he lingers in jail through the cold autumnal days before his execution. The compelling story ranges over the whole of Nat’s Life, reaching its inevitable and shattering climax that bloody day in August.”