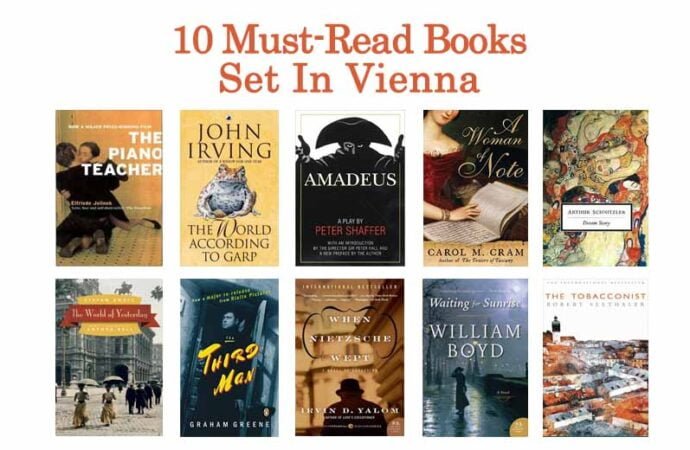 These 10 must-read books set in Vienna include novels, plays, and historical fiction, many of which have been turned into major motion pictures, and feature music, literature, art, architecture, sex, and psychiatry in the city of Vienna. Visit The City of Dreams with these books that take place in Vienna, Austria.

1. The Piano Teacher by Elfriede Jelinek 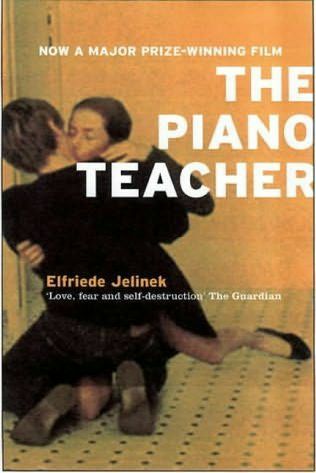 “The most popular work from provocative Austrian Nobel laureate Elfriede Jelinek, The Piano Teacher is a searing portrait of a woman bound between a repressive society and her darkest desires. Erika Kohut is a piano teacher at the prestigious and formal Vienna Conservatory, who still lives with her domineering and possessive mother. Her life appears boring, but Erika, a quiet thirty-eight-year-old, secretly visits Turkish peep shows at night and watched sadomasochistic films. Meanwhile, a handsome, self-absorbed, seventeen-year-old student has become enamored with Erika and sets out to seduce her. She resists him at first—but then the dark passions roiling under the piano teacher’s subdued exterior explode in a release of perversity, violence, and degradation.”

2. The World According to Garp by John Irving 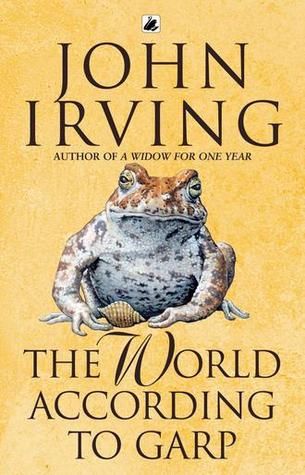 “Powerful and political, with unforgettable characters and timeless themes, The World According to Garp is John Irving’s breakout novel. The precursor of Irving’s later protest novels, it is the story of Jenny, an unmarried nurse who becomes a single mom and a feminist leader, beloved but polarizing—and of her son, Garp, less beloved but no less polarizing.” 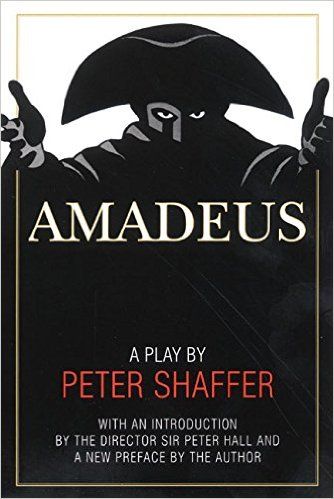 “Originating at the National Theatre of Great Britain, Amadeus was the recipient of both the Evening Standard Drama Award and the Theatre Critics Award. In the United States, the play won the coveted Tony Award and went on to become a critically acclaimed major motion picture winning eight Oscars, including Best Picture. Now, this extraordinary work about the life of Wolfgang Amadeus Mozart is available with a new preface by Peter Shaffer and a new introduction by the director of the 1998 Broadway revival, Sir Peter Hall. Amadeus is a must-have for classical music buffs, theatre lovers, and aficionados of historical fiction.” 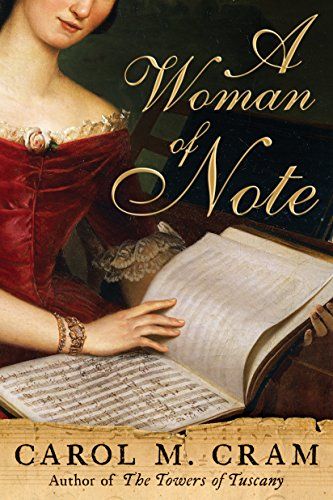 “Virtuoso pianist Isabette Grüber captivates audiences in the salons and concert halls of early nineteenth-century Vienna. Yet in a profession dominated by men, Isabette longs to compose and play her own music―a secret she keeps from both her lascivious manager and her resentful mother. She meets and loves Amelia Mason, a dazzling American singer with her own secrets, and Josef Hauser, an ambitious young composer. But even they cannot fully comprehend the depths of Isabette’s talent.

“Her ambitions come with a price when Isabette embarks on a journey that delicately walks the line between duty and passion. Amid heartbreak and sacrifice, music remains her one constant. With cameos from classical music figures such as Chopin, Schubert, and Berlioz, A Woman of Note is an intricately crafted and fascinating tale about one woman’s struggle to find her soul’s song in a dissonant world.” 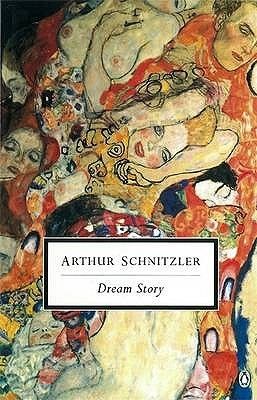 “A married couple, Fridolin and Albertina, are troubled by events and jealous of each other’s attentions the night before at a masquerade ball. Suddenly, Fridolin, a doctor, is summoned to the bedside of a dying man, an elderly councilor, whose daughter he finds attractive and vaguely sensual. So begins a series of involvements throughout the night in increasingly dangerous and deviant sexual adventures for Fridolin, who, taken by a friend to a “secret” party, is forced to make more choices that seemingly are beyond his control. The dream-like events are rendered more frighteningly real through Schnitzler’s powerfully detailed descriptions, as little by little Fridolin gives in to the demands of the secret celebrants. Do these represent real acts, or is the very fact that he imagines them enough to symbolize his moral decay? Schnitzler gives no answer, but Fridolin himself comes to realize that ‘No dream is entirely a dream.'”

6. The World of Yesterday by Stefan Zweig 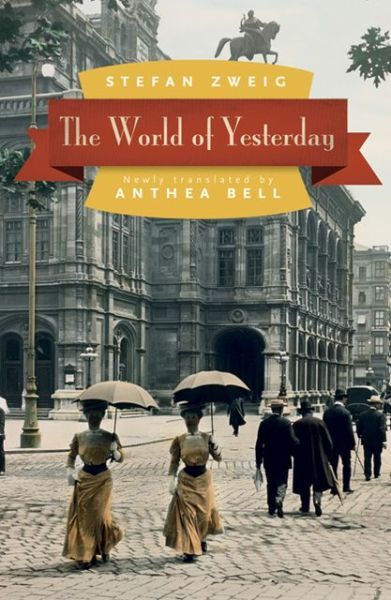 “Written as both a recollection of the past and a warning for future generations, The World of Yesterday recalls the golden age of literary Vienna—its seeming permanence, its promise, and its devastating fall. Surrounded by the leading literary lights of the epoch, Stefan Zweig draws a vivid and intimate account of his life and travels through Vienna, Paris, Berlin, and London, touching on the very heart of European culture. His passionate, evocative prose paints a stunning portrait of an era that danced brilliantly on the edge of extinction.”

7. The Third Man by Graham Greene 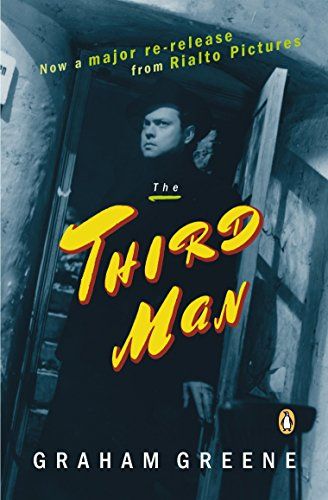 “Rollo Martins’ usual line is the writing of cheap paperback Westerns under the name of Buck Dexter. But when his old friend Harry Lime invites him to Vienna, he jumps at the chance. With exactly five pounds in his pocket, he arrives only just in time to make it to his friend’s funeral. The victim of an apparently banal street accident, the late Mr. Lime, it seems, had been the focus of a criminal investigation, suspected of nothing less than being “the worst racketeer who ever made a dirty living in this city.” Martins is determined to clear his friend’s name, and begins an investigation of his own…”

8. When Nietzsche Wept by Irvin Yalom 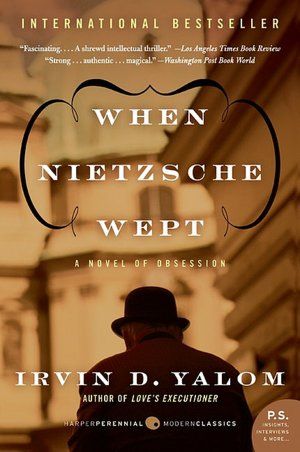 “In nineteenth-century Vienna, a drama of love, fate, and will is played out amid the intellectual ferment that defined the era. Josef Breuer, one of the founding fathers of psychoanalysis, is at the height of his career. Friedrich Nietzsche, Europe’s greatest philosopher, is on the brink of suicidal despair, unable to find a cure for the headaches and other ailments that plague him.

“When he agrees to treat Nietzsche with his experimental ‘talking cure,’ Breuer never expects that he too will find solace in their sessions. Only through facing his own inner demons can the gifted healer begin to help his patient. In When Nietzsche Wept, Irvin Yalom blends fact and fiction, atmosphere and suspense, to unfold an unforgettable story about the redemptive power of friendship.”

9. Waiting for Sunrise by William Boyd 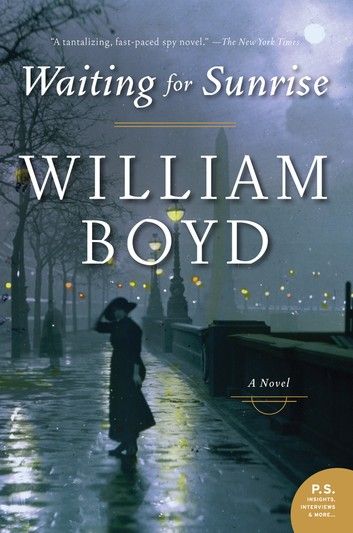 “A provocative exploration of the line between consciousness and reality is nested within a tense, rollercoaster plotline following as a young English actor ensnared in a bewildering scandal with an enigmatic woman in early twentieth-century Vienna. Sophisticated, page-turning, and unforgettable, Boyd’s Waiting for Sunrise is a triumph of literary fiction from one of the most powerful, thought-provoking writers working today.”

10. The Tobacconist by Robert Seethaler “Seventeen-year-old Franz Huchel journeys to Vienna to apprentice at a tobacco shop. There he meets Sigmund Freud, a regular customer, and over time the two very different men form a singular friendship. When Franz falls desperately in love with the music-hall dancer Anezka, he seeks advice from the renowned psychoanalyst, who admits that the female sex is as big a mystery to him as it is to Franz. As political and social conditions in Austria dramatically worsen with the Nazis’ arrival in Vienna, Franz, Freud, and Anezka are swept into the maelstrom of events. Each has a big decision to make: to stay or to flee?”