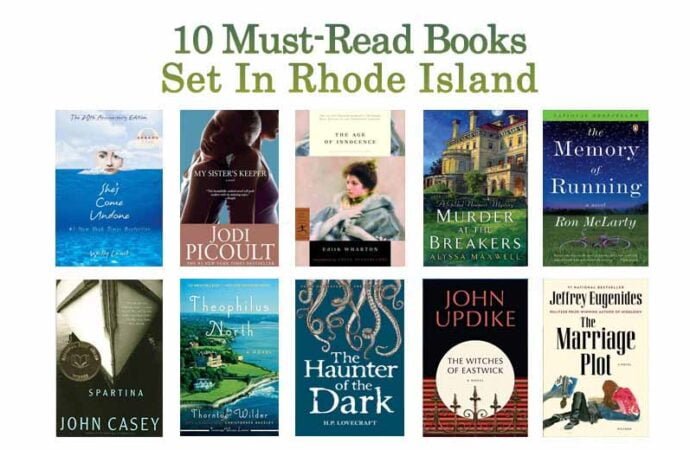 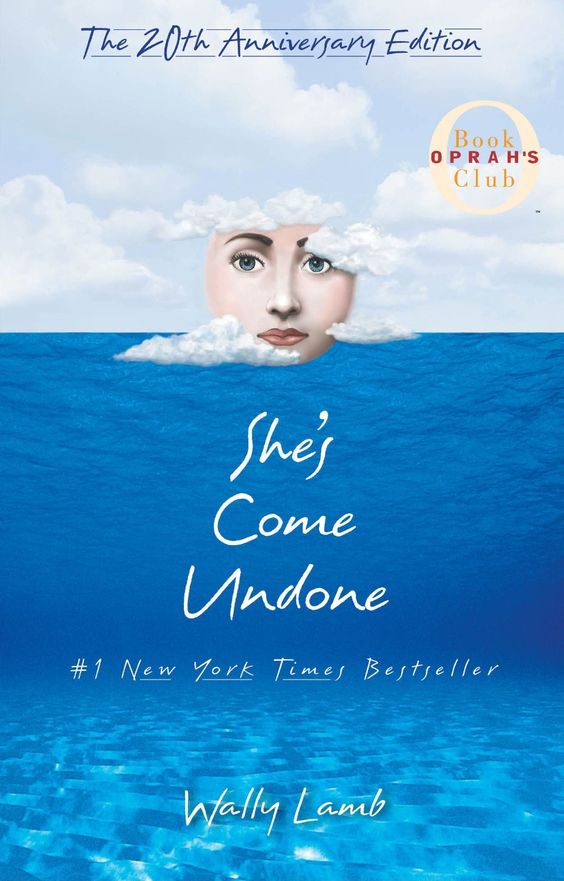 “Meet Dolores Price. She’s thirteen, wise-mouthed but wounded, having bid her childhood goodbye. Beached like a whale in front of her bedroom TV, she spends the next few years nourishing herself with the Mallomars, potato chips, and Pepsi her anxious mother supplies. When she finally rolls into young womanhood at 257 pounds, Dolores is no stronger and life is no kinder. But this time she’s determined to rise to the occasion and give herself one more chance before really going belly up.”

2. My Sister’s Keeper by Jodi Picoult 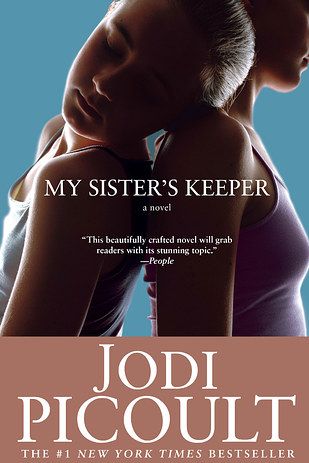 “Anna is not sick, but she might as well be. By age thirteen, she has undergone countless surgeries, transfusions, and shots so that her older sister, Kate, can somehow fight the leukemia that has plagued her since childhood. The product of preimplantation genetic diagnosis, Anna was conceived as a bone marrow match for Kate—a life and a role that she has never challenged…until now. Like most teenagers, Anna is beginning to question who she truly is. But unlike most teenagers, she has always been defined in terms of her sister—and so Anna makes a decision that for most would be unthinkable, a decision that will tear her family apart and have perhaps fatal consequences for the sister she loves.

“My Sister’s Keeper examines what it means to be a good parent, a good sister, a good person. Is it morally correct to do whatever it takes to save a child’s life, even if that means infringing upon the rights of another? Is it worth trying to discover who you really are, if that quest makes you like yourself less? Should you follow your own heart, or let others lead you? Once again, in My Sister’s Keeper, Jodi Picoult tackles a controversial real-life subject with grace, wisdom, and sensitivity.”

3. The Age of Innocence by Edith Wharton 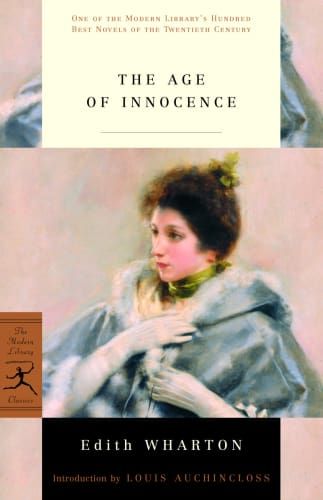 “The novel is the story of Newland Archer, a lawyer and heir to one of New York’s most prominent families. Newland is planning to marry the young, beautiful and sheltered May Welland, however when May’s exotic thirty-year-old cousin, the Countess Ellen Olenska, appears on the scene he begins to question these plans. A classic and romantic story, “The Age of Innocence” depicts the demands of upper class society to maintain outward appearances and the reputation of the family, sometimes with tragic consequences.” 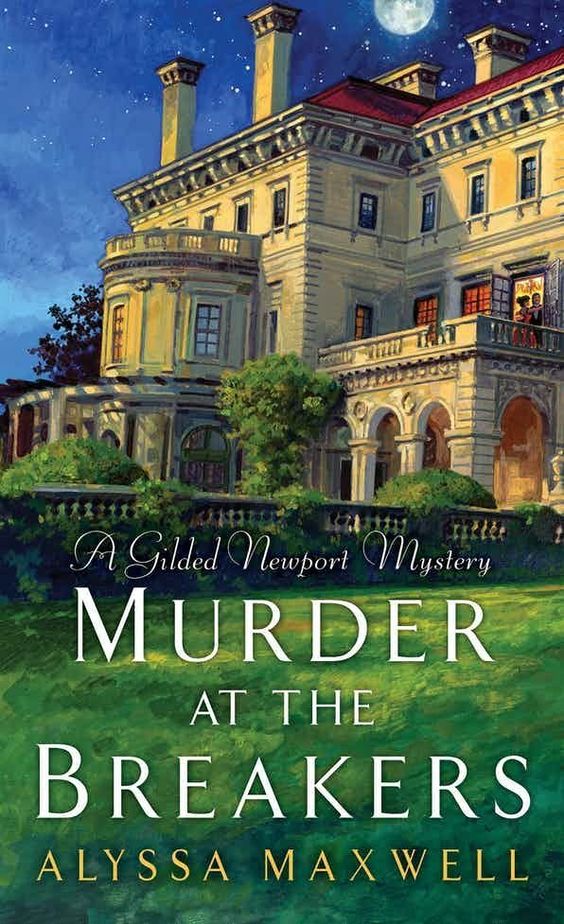 “As the nineteenth century comes to a close, the illustrious Vanderbilt family dominates Newport, Rhode Island, high society. But when murder darkens a glittering affair at the Vanderbilt summer home, reporter Emma Cross learns that sometimes the actions of the cream of society can curdle one’s blood. . .

“Newport, Rhode Island, August 1895: She may be a less well-heeled relation, but as second cousin to millionaire patriarch Cornelius Vanderbilt, twenty-one-year-old Emma Cross is on the guest list for a grand ball at the Breakers, the Vanderbilts’ summer home. She also has a job to do–report on the event for the society page of the Newport Observer. But Emma observes much more than glitz and gaiety when she witnesses a murder. The victim is Cornelius Vanderbilt’s financial secretary, who plunges off a balcony faster than falling stock prices. Emma’s black sheep brother Brady is found in Cornelius’s bedroom passed out next to a bottle of bourbon and stolen plans for a new railroad line. Brady has barely come to before the police have arrested him for the murder. But Emma is sure someone is trying to railroad her brother and resolves to find the real killer at any cost. . .”

5. The Memory of Running by Russ McLarty 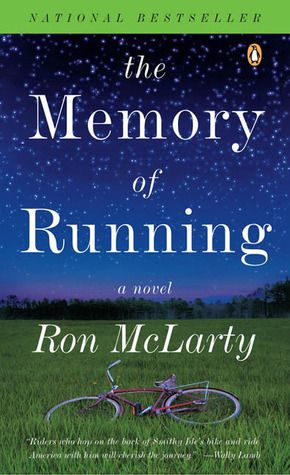 “Every so often, a novel comes along that captures the public’s imagination with a story that sweeps readers up and takes them on a thrilling, unforgettable ride. Ron McLarty’s The Memory of Running is this decade’s novel. By all accounts, especially his own, Smithson “Smithy” Ide is a loser. An overweight, friendless, chain-smoking, forty-three-year-old drunk, Smithy’s life becomes completely unhinged when he loses his parents and long-lost sister within the span of one week. Rolling down the driveway of his parents’ house in Rhode Island on his old Raleigh bicycle to escape his grief, the emotionally bereft Smithy embarks on an epic, hilarious, luminous, and extraordinary journey of discovery and redemption.” 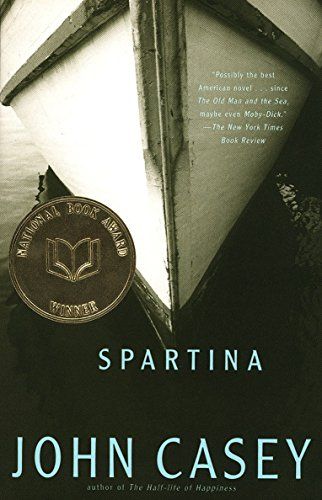 “A classic tale of a man, a boat, and a storm, Spartina is the lyrical and compassionate story of Dick Pierce, a commercial fisherman along the shores of Rhode Island’s Narragansett Bay. A kind, sensitive, family man, he is also prone to irascible outbursts against the people he must work for, now that he can no longer make his living from the sea.” “Setting out to see the world in the summer of 1926, Theophilus North gets as far as Newport, Rhode Island, before his car breaks down. To support himself, Theophilus takes jobs in the elegant mansions along Ocean Drive, just as Wilder himself did in the same decade. Soon the young man finds himself playing the roles of tutor, tennis coach, spy, confidant, lover, friend and enemy as he becomes entangled in adventure and intrigue in Newport’s fabulous addresses, as well as in its local boarding houses, restaurants, dives and military barracks.”

8. The Haunter of the Dark: Collected Short Stories Volume 3 (Tales of Mystery & the Supernatural) by H.P. Lovecraft 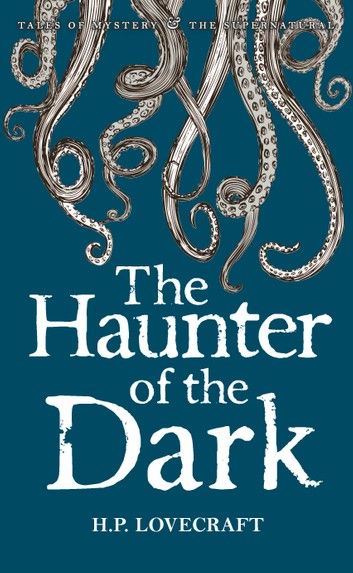 “From the dark, mind-expanding imagination of H P Lovecraft, Wordsworth presents a third volume of tales penned by the greatest horror writer of the 20th Century. Here are some of Lovecraft’s weirdest flesh-creeping masterpieces, including Pickman’s Model, The Shunned House, his famous serial Herbert West – Reanimator, and several classic tales from the Cthulhu Mythos, in which mankind is subjected to the unimaginable terrors known only to those who have read from the forbidden Necronomicon. Also included in this compelling collection are the complete Randolph Carter stories, chronicling his adventures in this world and the realm of his dreams, where he faces perils beyond comprehension.”

9.The Witches of Eastwick by John Updike 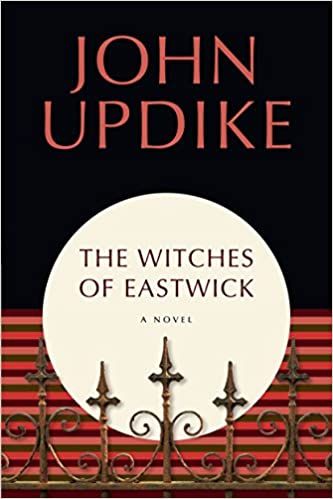 “Toward the end of the Vietnam era, in a snug little Rhode Island seacoast town, wonderful powers have descended upon Alexandra, Jane, and Sukie, bewitching divorcées with sudden access to all that is female, fecund, and mysterious. Alexandra, a sculptor, summons thunderstorms; Jane, a cellist, floats on the air; and Sukie, the local gossip columnist, turns milk into cream. Their happy little coven takes on new, malignant life when a dark and moneyed stranger, Darryl Van Horne, refurbishes the long-derelict Lenox mansion and invites them in to play. Thenceforth scandal flits through the darkening, crooked streets of Eastwick—and through the even darker fantasies of the town’s collective psyche.”

10. The Marriage Plot by Jeffrey Eugenides 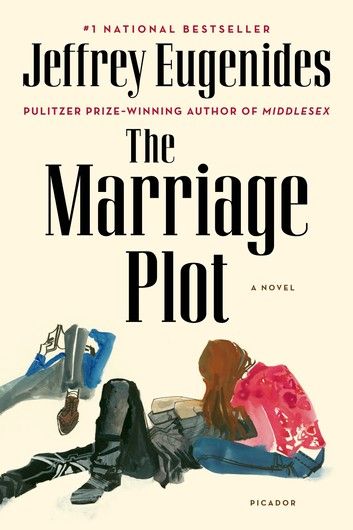 “It’s the early 1980s. In American colleges, the wised-up kids are inhaling Derrida and listening to Talking Heads. But Madeleine Hanna, dutiful English major, is writing her senior thesis on Jane Austen and George Eliot, purveyors of the marriage plot that lies at the heart of the greatest English novels. As Madeleine studies the age-old motivations of the human heart, real life, in the form of two very different guys, intervenes—the charismatic and intense Leonard Bankhead, and her old friend the mystically inclined Mitchell Grammaticus. As all three of them face life in the real world they will have to reevaluate everything they have learned.”