1. The Prague Cemetery by Umberto Eco “Nineteenth-century Europe—from Turin to Prague to Paris—abounds with the ghastly and the mysterious. Jesuits plot against Freemasons. Italian republicans strangle priests with their own intestines. French criminals plan bombings by day and celebrate Black Masses at night. Every nation has its own secret service, perpetrating forgeries, plots, and massacres. Conspiracies rule history. From the unification of Italy to the Paris Commune to the Dreyfus Affair to The Protocols of the Elders of Zion, Europe is in tumult and everyone needs a scapegoat. But what if behind all of these conspiracies, both real and imagined, lay one lone man?”

2. The Unbearable Lightness of Being by Milan Kundera “In The Unbearable Lightness of Being, Milan Kundera tells the story of a young woman in love with a man torn between his love for her and his incorrigible womanizing and one of his mistresses and her humbly faithful lover. This magnificent novel juxtaposes geographically distant places; brilliant and playful reflections; and a variety of styles to take its place as perhaps the major achievement of one of the world’s truly great writers.”

3. The Trial by Franz Kafka “Written in 1914, The Trial is the terrifying tale of Josef K., a respectable bank officer who is suddenly and inexplicably arrested and must defend himself against a charge about which he can get no information. Whether read as an existential tale, a parable, or a prophecy of the excesses of modern bureaucracy wedded to the madness of totalitarianism, Kafka’s nightmare has resonated with chilling truth for generations of readers. This new edition is based upon the work of an international team of experts who have restored the text, the sequence of chapters, and their division to create a version that is as close as possible to the way the author left it.” “Over the course of his seemingly irreproachable life, Magnus Pym has been all things to all people: a devoted family man, a trusted colleague, a loyal friend—and the perfect spy. But in the wake of his estranged father’s death, Magnus vanishes, and the British Secret Service is up in arms. Is it grief, or is the reason for his disappearance more sinister? And who is the mysterious man with the sad moustache who also seems to be looking for Magnus?”

5. The Golem by Gustav Meyrink 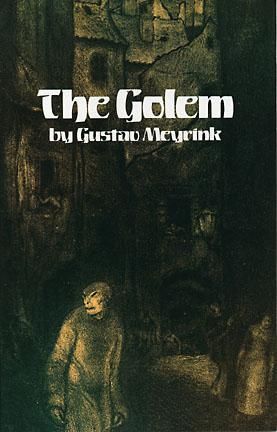 “A compelling story of mystical experiences, strange transformations, and profound terror, this is the most famous supernatural novel in modern European literature, set in Ghetto of Old Prague around 1890.”

Bonus: Although this novel is set primarily in New York City, The Golem plays a major part in The Amazing Adventures of Kavalier & Clay by Michael Chabon.

6. Prague Tales from the Little Quarter by Jan Neruda “A collection of Jan Neruda’s intimated, wry, bitter-sweet stories of life among the inhabitants of Mala Strana, the Little Quarter of nineteenth century Prague. Prague Tales is a classic story whose influence has been acknowledged by generations of Czech writers.” 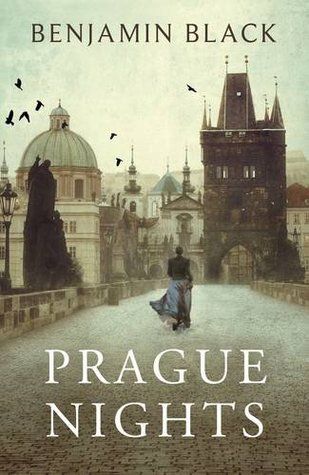 ‘The emperor’s mistress had been murdered, and the world had been taken hold of and turned upon its head’ Prague, 1599. Christian Stern, a young doctor, has just arrived in the city. On his first evening, he finds a young woman’s body half-buried in the snow. The dead woman is none other than the emperor’s mistress, and there’s no shortage of suspects. Stern is employed by the emperor himself to investigate the murder. In the search to find the culprit, Stern finds himself drawn into the shadowy world of the emperor’s court – unspoken affairs, letters written in code, and bitter rivalries. But there’s no turning back now…

8. Too Loud a Solitude by Bohumil Hrabal “Too Loud a Solitude is a tender and funny story of Hanta––a man who has lived in a Czech police state––for 35 years, working as compactor of wastepaper and books. In the process of compacting, he has acquired an education so unwitting he can’t quite tell which of his thoughts are his own and which come from his books. He has rescued many from jaws of hydraulic press and now his house is filled to the rooftops. Destroyer of the written word, he is also its perpetrator. But when a new automatic press makes his job redundant there’s only one thing he can do––go down with his ship.” “Austerlitz is the story of a man’s search for the answer to his life’s central riddle. A small child when he comes to England on a Kindertransport in the summer of 1939, Jacques Austerlitz is told nothing of his real family by the Welsh Methodist minister and his wife who raise him. When he is a much older man, fleeting memories return to him, and obeying an instinct he only dimly understands, Austerlitz follows their trail back to the world he left behind a half century before. There, faced with the void at the heart of twentieth-century Europe, he struggles to rescue his heritage from oblivion.” “A novel of startling scope and ambition, Prague depicts an intentionally lost Lost Generation as it follows five American expats who come to Budapest in the early 1990s to seek their fortune. They harbor the vague suspicion that their counterparts in Prague have it better, but still they hope to find adventure, inspiration, a gold rush, or history in the making.”