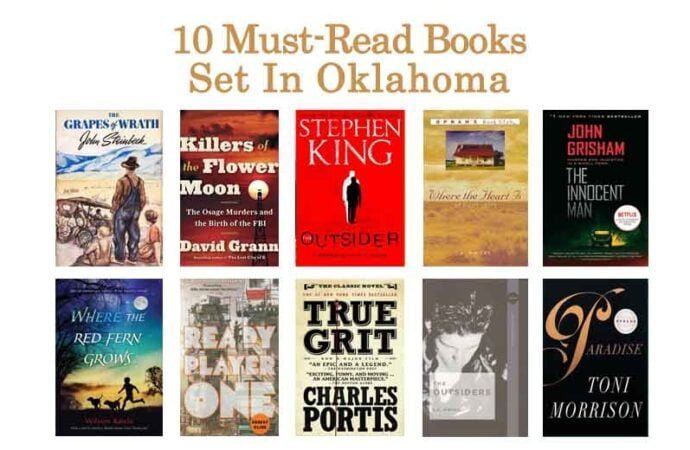 These 10 must-read books set in Oklahoma include modern classics, award-winning nonfiction, two beloved coming-of-age stories, and a science fiction take on Oklahoma in the year 2045. Visit the Sooner State with these books that take place in Oklahoma.

1. The Grapes of Wrath by John Steinbeck 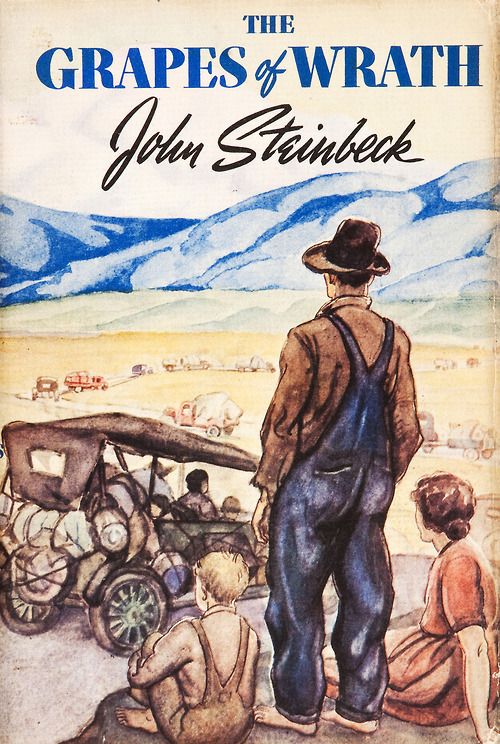 “First published in 1939, Steinbeck’s Pulitzer Prize-winning epic of the Great Depression chronicles the Dust Bowl migration of the 1930s and tells the story of one Oklahoma farm family, the Joads—driven from their homestead and forced to travel west to the promised land of California.”

2. Killers of the Flower Moon by David Grann 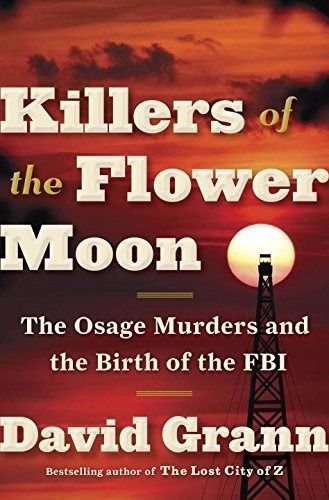 “In the 1920s, the richest people per capita in the world were members of the Osage Nation in Oklahoma. After oil was discovered beneath their land, the Osage rode in chauffeured automobiles, built mansions, and sent their children to study in Europe.

“Then, one by one, the Osage began to be killed off. The family of an Osage woman, Mollie Burkhart, became a prime target. One of her relatives was shot. Another was poisoned. And it was just the beginning, as more and more Osage were dying under mysterious circumstances, and many of those who dared to investigate the killings were themselves murdered.

“As the death toll rose, the newly created FBI took up the case, and the young director, J. Edgar Hoover, turned to a former Texas Ranger named Tom White to try to unravel the mystery. White put together an undercover team, including a Native American agent who infiltrated the region, and together with the Osage began to expose one of the most chilling conspiracies in American history.”

3. The Outsider by Stephen King 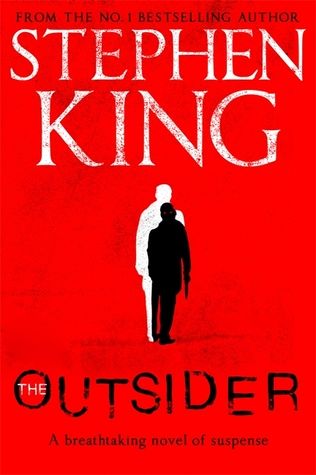 “An eleven-year-old boy’s violated corpse is discovered in a town park. Eyewitnesses and fingerprints point unmistakably to one of Flint City’s most popular citizens—Terry Maitland, Little League coach, English teacher, husband, and father of two girls. Detective Ralph Anderson, whose son Maitland once coached, orders a quick and very public arrest. Maitland has an alibi, but Anderson and the district attorney soon have DNA evidence to go with the fingerprints and witnesses. Their case seems ironclad.

“As the investigation expands and horrifying details begin to emerge, King’s story kicks into high gear, generating strong tension and almost unbearable suspense. Terry Maitland seems like a nice guy, but is he wearing another face? When the answer comes, it will shock you as only Stephen King can.”

4. Where The Heart Is by Billie Letts 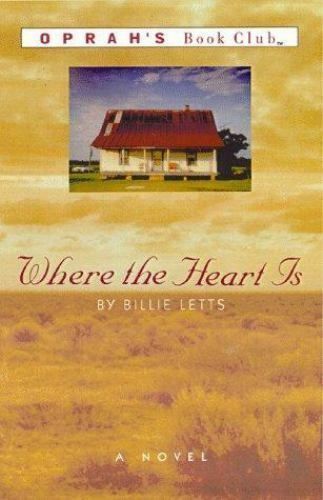 “Talk about unlucky sevens. An hour ago, seventeen-year-old, seven months pregnant Novalee Nation was heading for California with her boyfriend. Now she finds herself stranded at a Wal-Mart in Sequoyah, Oklahoma, with just $7.77 in change. But Novalee is about to discover hidden treasures in this small Southwest town–a group of down-to-earth, deeply caring people willing to help a homeless, jobless girl living secretly in a Wal-Mart. From Bible-thumping blue-haired Sister Thelma Husband to eccentric librarian Forney Hull who loves Novalee more than she loves herself, they are about to take her–and you, too–on a moving, funny, and unforgettable journey to . . . Where the Heart Is.”

5. The Innocent Man: Murder and Injustice in a Small Town by John Grisham 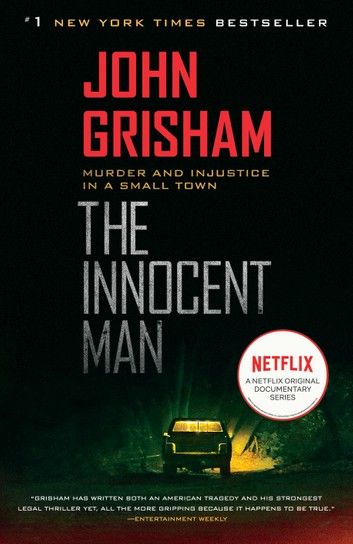 “In the town of Ada, Oklahoma, Ron Williamson was going to be the next Mickey Mantle. But on his way to the Big Leagues, Ron stumbled, his dreams broken by drinking, drugs, and women. Then, on a winter night in 1982, not far from Ron’s home, a young cocktail waitress named Debra Sue Carter was savagely murdered. The investigation led nowhere. Until, on the flimsiest evidence, it led to Ron Williamson. The washed-up small-town hero was charged, tried, and sentenced to death—in a trial littered with lying witnesses and tainted evidence that would shatter a man’s already broken life, and let a true killer go free.”

6. Where the Red Fern Grows by Wilson Rawls 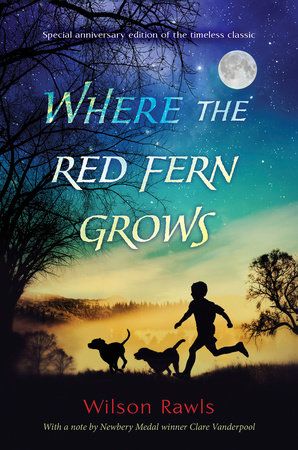 “Billy has long dreamt of owning not one, but two, dogs. So when he’s finally able to save up enough money for two pups to call his own—Old Dan and Little Ann—he’s ecstatic. It doesn’t matter that times are tough; together they’ll roam the hills of the Ozarks.

“Soon Billy and his hounds become the finest hunting team in the valley. Stories of their great achievements spread throughout the region, and the combination of Old Dan’s brawn, Little Ann’s brains, and Billy’s sheer will seems unbeatable. But tragedy awaits these determined hunters—now friends—and Billy learns that hope can grow out of despair, and that the seeds of the future can come from the scars of the past.”

7. Ready Player One by Ernest Cline 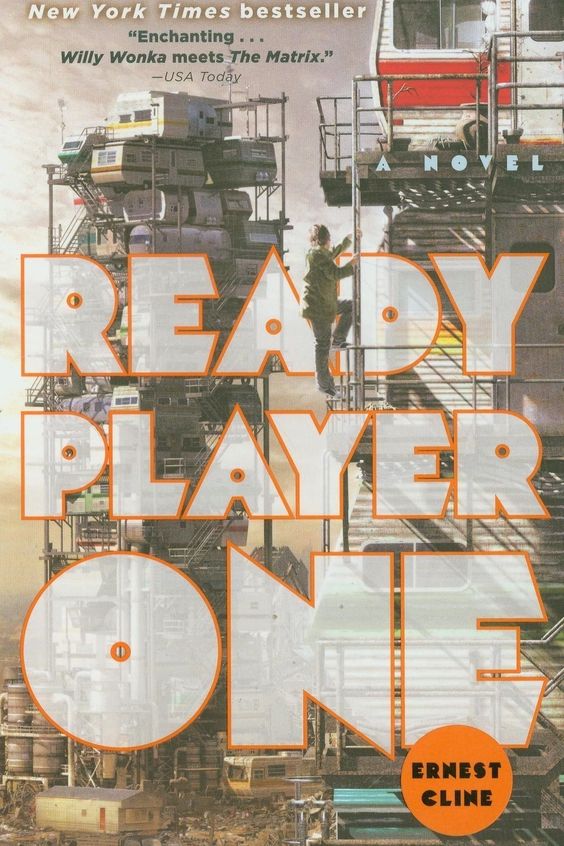 “In the year 2045, reality is an ugly place. The only time Wade Watts really feels alive is when he’s jacked into the OASIS, a vast virtual world where most of humanity spends their days. When the eccentric creator of the OASIS dies, he leaves behind a series of fiendish puzzles, based on his obsession with the pop culture of decades past. Whoever is first to solve them will inherit his vast fortune—and control of the OASIS itself. Then Wade cracks the first clue. Suddenly he’s beset by rivals who’ll kill to take this prize. The race is on—and the only way to survive is to win.” 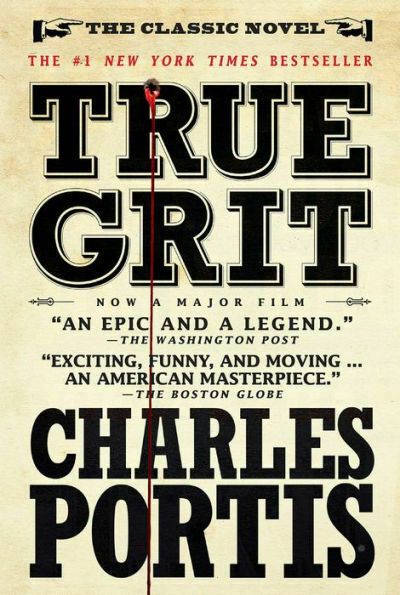 “True Grit is essential reading, an undeniable American classic as eccentric, cool, funny, and unflinching as Mattie Ross herself.”

9. The Outsiders by S.E. Hinton “No one ever said life was easy. But Ponyboy is pretty sure that he’s got things figured out. He knows that he can count on his brothers, Darry and Sodapop. And he knows that he can count on his friends—true friends who would do anything for him, like Johnny and Two-Bit. But not on much else besides trouble with the Socs, a vicious gang of rich kids whose idea of a good time is beating up on “greasers” like Ponyboy. At least he knows what to expect—until the night someone takes things too far.” 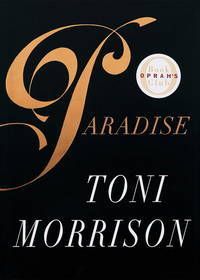 “‘They shoot the white girl first. With the rest they can take their time.’ So begins Toni Morrison’s Paradise, which opens with a horrifying scene of mass violence and chronicles its genesis in an all-black small town in rural Oklahoma. Founded by the descendants of freed slaves and survivors in exodus from a hostile world, the patriarchal community of Ruby is built on righteousness, rigidly enforced moral law, and fear. But seventeen miles away, another group of exiles has gathered in a promised land of their own. And it is upon these women in flight from death and despair that nine male citizens of Ruby will lay their pain, their terror, and their murderous rage.”