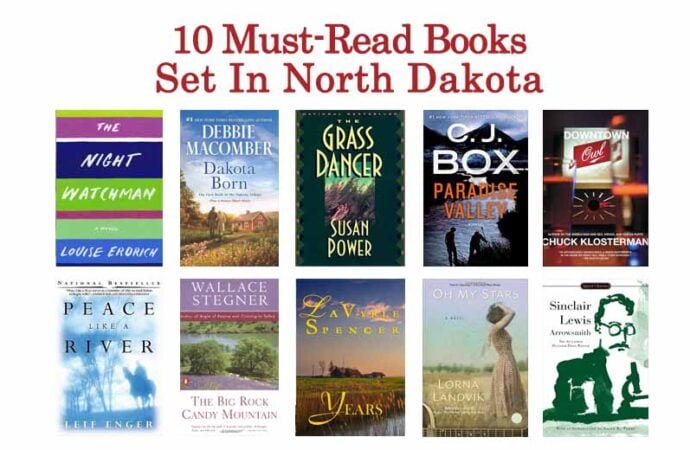 These 10 must-read books set in North Dakota include award-winning titles, some of which explore Native American culture in the Great Plains. Learn about the Peace Garden State with these books that take place in North Dakota.

1. The Night Watchman by Louise Erdrich 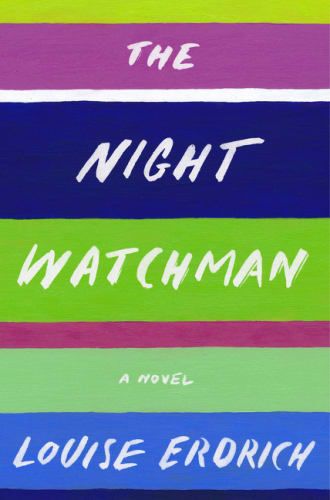 “Based on the extraordinary life of National Book Award-winning author Louise Erdrich’s grandfather who worked as a night watchman and carried the fight against Native dispossession from rural North Dakota all the way to Washington, D.C., this powerful novel explores themes of love and death with lightness and gravity and unfolds with the elegant prose, sly humor, and depth of feeling of a master craftsman.”

Bonus: Many more Louise Erdrich novels take place in North Dakota including The Round House, La Rose, and Tales of Burning Love.

2. The Dakota Trilogy by Debbie Macomber 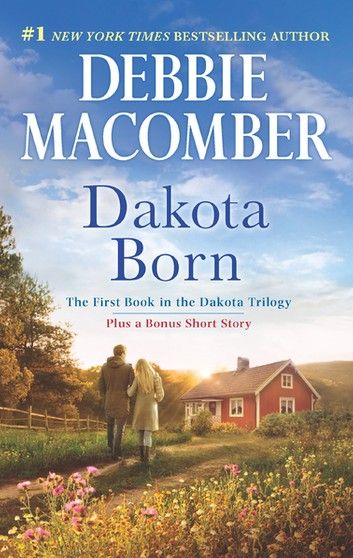 “Like many small towns, Buffalo Valley is dying. Stores are boarded up, sidewalks are cracked, houses are in need of a coat of paint. But despite all that, there’s a spirit of hope here, of defiance. The few people still left here are fighting for their town.

“Lindsay Snyder is a newcomer. She’s an outsider, even though she spent childhood vacations here. Now she returns to see the family house again, to explore family secrets and to reevaluate her life. And soon after she arrives, she meets a local farmer named Gage Sinclair

“Lindsay decides to stay in North Dakota. Her decision marks a new beginning for Buffalo Valley and for her. Because in this broken little town she discovers the love and purpose she’s been seeking.”

3. The Grass Dancer by Susan Power 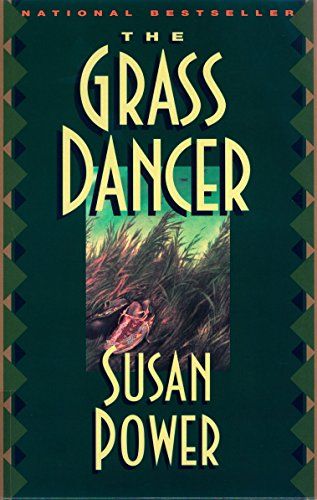 “Set on a North Dakota reservation, The Grass Dancer reveals the harsh price of unfulfilled longings and the healing power of mystery and hope. Rich with drama and infused with the magic of the everyday, it takes readers on a journey through both past and present—in a tale as resonant and haunting as an ancestor’s memory, and as promising as a child’s dream.” 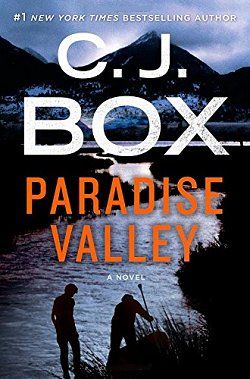 “For three years, Investigator Cassie Dewell has been on the hunt for a serial killer known as the Lizard King, whose hunting grounds are the highways and truck stops where runaways and prostitutes are most likely to vanish. Now, working for the Bakken County, North Dakota sheriff’s department, Cassie has set what she believes is the perfect trap for the Lizard King―and she has lured him and his truck to a depot. But the plan goes horribly wrong…and Cassie loses her job, her reputation, and her hope for justice.

“At the same time, Kyle Westergaard, a troubled kid whom Cassie has taken under her wing, has disappeared after telling people that he’s going off on a long-planned adventure. But Kyle’s disappearance may have a more sinister meaning than anyone realizes…Now Cassie must track down Kyle and take down a killer who is as ruthless as he is cunning. But can she do it alone, without losing her own humanity―or her own life?” 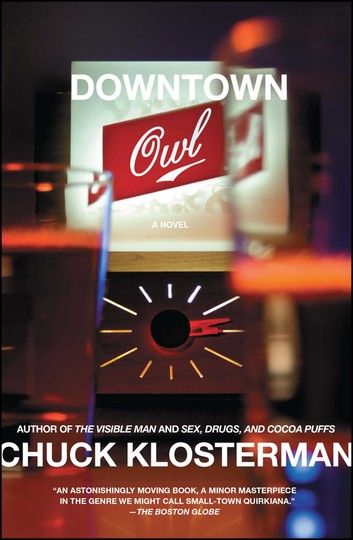 “Somewhere in rural North Dakota, there is a fictional town called Owl. They don’t have cable. They don’t really have pop culture, but they do have grain prices and alcoholism. People work hard and then they die. But that’s not nearly as awful as it sounds; in fact, sometimes it’s perfect.

“Mitch Hrlicka lives in Owl. He plays high school football and worries about his weirdness, or lack thereof. Julia Rabia just moved to Owl. A history teacher, she gets free booze and falls in love with a self-loathing bison farmer. Widower and local conversationalist Horace Jones has resided in Owl for seventy-three years.

“They all know each other completely, except that they’ve never met. But when a deadly blizzard— based on an actual storm that occurred in 1984—hits the area, their lives are derailed in unex- pected and powerful ways.” 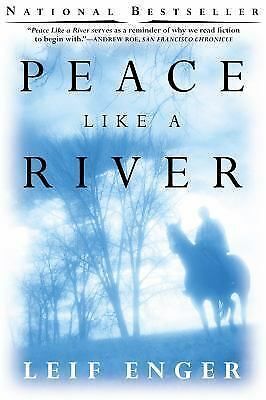 “Enger brings us eleven-year-old Reuben Land, an asthmatic boy in the Midwest who has reason to believe in miracles. Along with his sister and father, Reuben finds himself on a cross-country search for his outlaw older brother who has been charged with murder. Their journey unfolds like a revelation, and its conclusion shows how family, love, and faith can stand up to the most terrifying of enemies, and the most tragic of fates.” 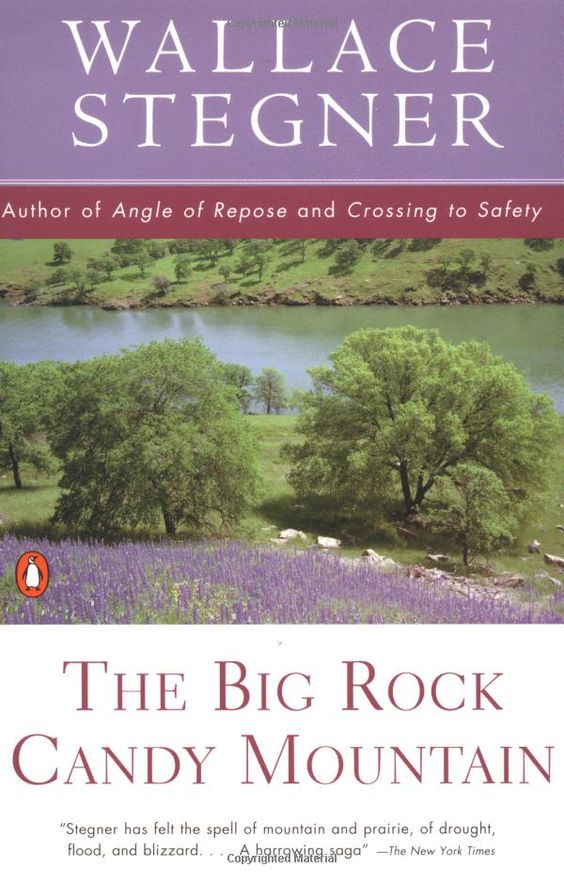 “Bo Mason, his wife, Elsa, and their two boys live a transient life of poverty and despair. Drifing from town to town and from state to state, the violent, ruthless Bo seeks outhis fortune–in the hotel business, on new farmland, and, eventually, in illegal rum-running through the threacherous back roads of the American Northwest. Bo chases after the promise of the American dream through Minnesota, the Dakotas, Saskatchewan, Montana, Utah and Nevada, but ultimately there is no escaping the devastating reach of the Depression and his own ruinous fate.” “Linnea Bradenborg expects to find culture and excitement in Alamo, North Dakota, where she’s recently been hired as the new schoolteacher. Instead, she finds a sparse little town in the middle of nowhere. Better yet, her train is met by a cantankerous wheat farmer named Theodore Westgaard who doesn’t bother to hide his displeasure when he discovers that L.I. Brandenborg is a woman and not the man he was expecting. Westgaard thinks twice about bringing Linnea home to live with him, but he soon realizes that he has no choice. All of the town’s past schoolteachers have lived with the Westgaard family–made up of Theodore, his mother, and his teenaged son–due to their farm being located very near the schoolhouse, and so Theodore allows Linnea into his home. But who could have guessed that this young, independent woman would soon find her way into the handsome farmer’s heart?”–Maudeen Wachsmith

9. Oh My Stars by Lorna Landvik 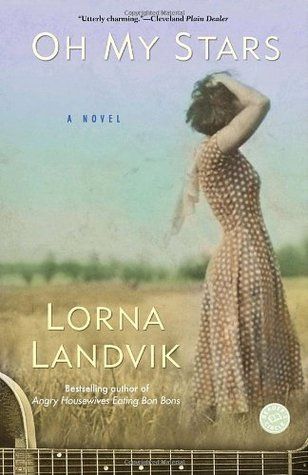 “Tall, slender Violet Mathers is growing up in the Great Depression, which could just as well define her state of mind. Abandoned by her mother as a child, mistreated by her father, and teased by her schoolmates (‘Hey, Olive Oyl, where’s Popeye?’), the lonely girl finds solace in artistic pursuits. Only when she’s hired by the town’s sole feminist to work the night shift in the local thread factory does Violet come into her name, and bloom. Accepted by her co-workers, the teenager enters the happiest phase of her life, until a terrible accident causes her to retreat once again into her lonely shell.

“Realizing that she has only one clear choice, Violet boards a bus heading west to California. But when the bus crashes in North Dakota, it seems that Fate is having another cruel laugh at Violet’s expense. This time though, Violet laughs back. She and her fellow passengers are rescued by two men: Austin Sykes, whom Violet is certain is the blackest man to ever set foot on the North Dakota prairie, and Kjel Hedstrom, who inspires feelings Violet never before has felt. Kjel and Austin are musicians whose sound is like no other, and with pluck, verve, and wit, Violet becomes part of their quest to make a new kind of music together. 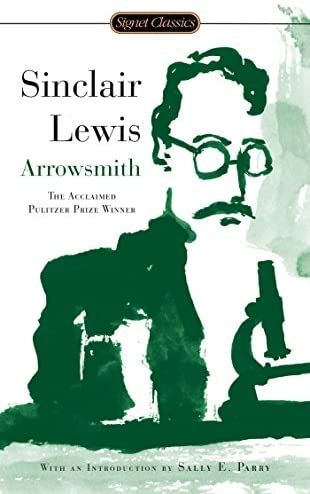 “Arrowsmith, the most widely read of Sinclair Lewis’s novels, is the incisive portrait of a man passionately devoted to science. As a bright, curious boy in a small Midwestern town, Martin Arrowsmith spends his free time in old Doc Vickerson’s office avidly devouring medical texts. Destined to become a physician and a researcher, he discovers that societal forces of ignorance, greed, and corruption can be as life-threatening as the plague.”