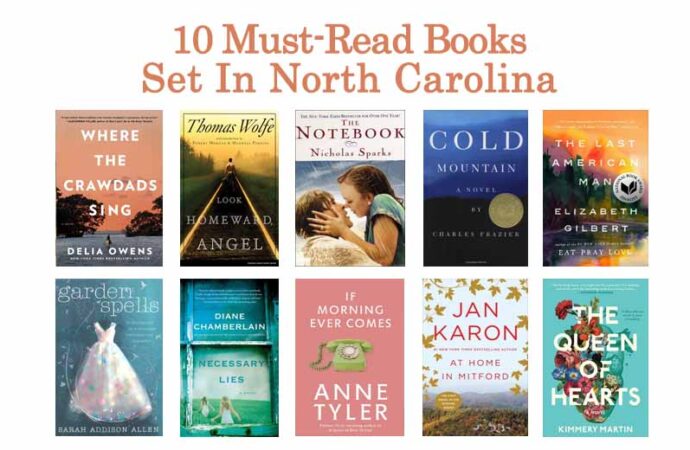 1. Where The Crawdads Sing by Delia Owens 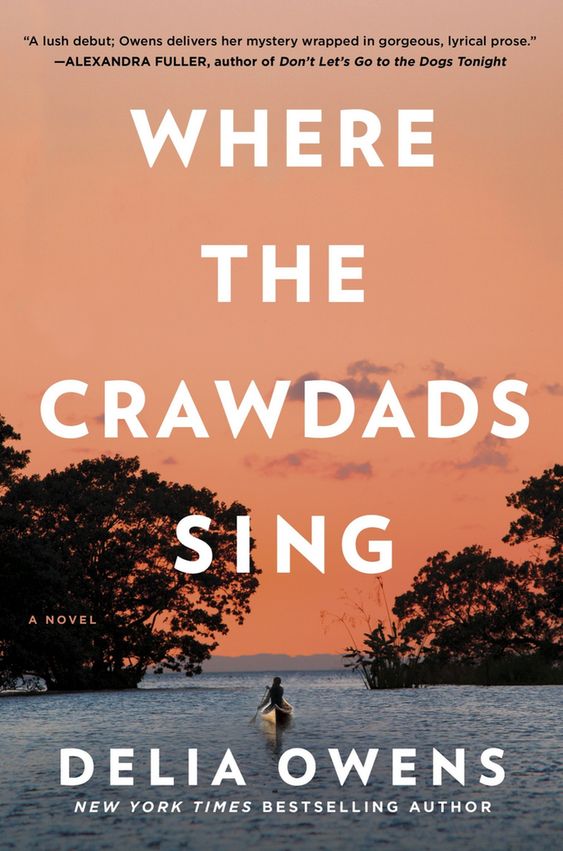 “For years, rumors of the ‘Marsh Girl’ have haunted Barkley Cove, a quiet town on the North Carolina coast. So in late 1969, when handsome Chase Andrews is found dead, the locals immediately suspect Kya Clark, the so-called Marsh Girl. But Kya is not what they say. Sensitive and intelligent, she has survived for years alone in the marsh that she calls home, finding friends in the gulls and lessons in the sand. Then the time comes when she yearns to be touched and loved. When two young men from town become intrigued by her wild beauty, Kya opens herself to a new life–until the unthinkable happens.” 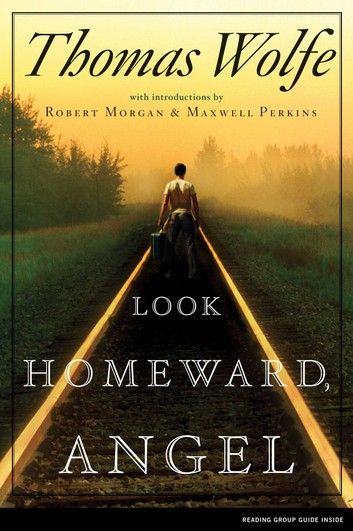 “The novel follows the trajectory of Eugene Gant, a brilliant and restless young man whose wanderlust and passion shape his adolescent years in rural North Carolina.”

3. The Notebook by Nicholas Sparks 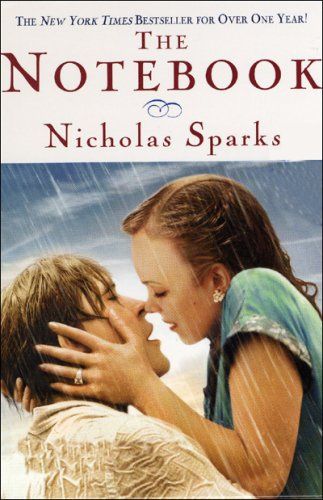 “At thirty-one, Noah Calhoun, back in coastal North Carolina after World War II, is haunted by images of the girl he lost more than a decade earlier. At twenty-nine, socialite Allie Nelson is about to marry a wealthy lawyer, but she cannot stop thinking about the boy who long ago stole her heart. Thus begins the story of a love so enduring and deep it can turn tragedy into triumph, and may even have the power to create a miracle…”

Bonus: Most of Sparks’ novels and stories are set in North Carolina, including Message in a Bottle, A Walk to Remember, and Nights in Rodanthe. 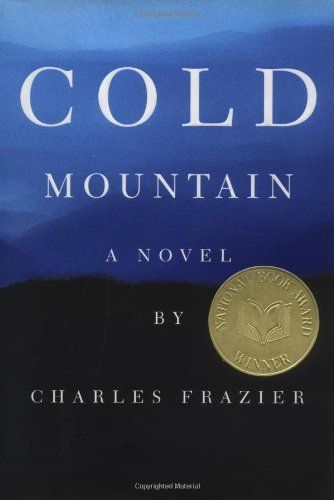 “This extraordinary tale of a soldier’s perilous journey back to his beloved at the end of the Civil War is at once an enthralling adventure, a stirring love story, and a luminous evocation of a vanished land.” 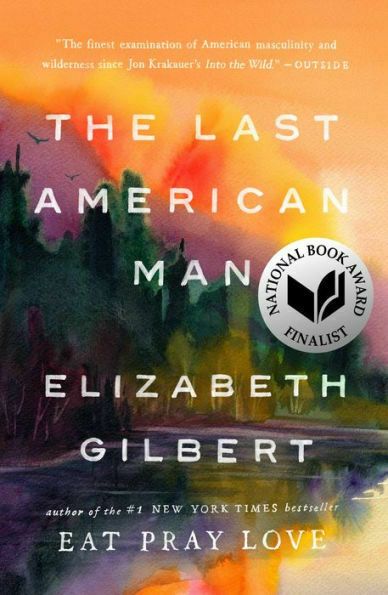 “In this rousing examination of contemporary American male identity, acclaimed author and journalist Elizabeth Gilbert explores the fascinating true story of Eustace Conway. In 1977, at the age of seventeen, Conway left his family’s comfortable suburban home to move to the Appalachian Mountains. For more than two decades he has lived there, making fire with sticks, wearing skins from animals he has trapped, and trying to convince Americans to give up their materialistic lifestyles and return with him back to nature. To Gilbert, Conway’s mythical character challenges all our assumptions about what it is to be a modern man in America; he is a symbol of much we feel how our men should be, but rarely are.” 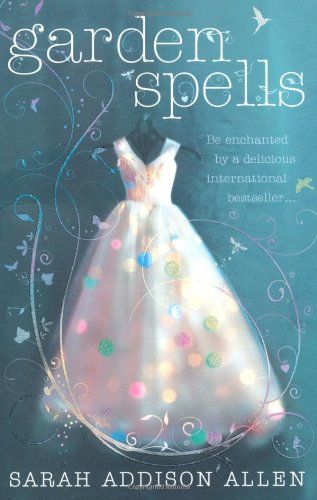 “The Waverleys have always been a curious family, endowed with peculiar gifts that make them outsiders even in their hometown of Bascom, North Carolina. Even their garden has a reputation, famous for its feisty apple tree that bears prophetic fruit, and its edible flowers, imbued with special powers. Generations of Waverleys tended this garden. Their history was in the soil. But so were their futures.”

Bonus: Don’t miss the other book in the Waverly Sisters series, First Frost. Allen’s The Sugar Queen, The Girl Who Chased the Moon, and The Peach Keeper are also set in North Carolina. “It is 1960 in North Carolina and the lives of Ivy Hart and Jane Forrester couldn’t be more different. Fifteen-year-old Ivy lives with her family as tenants on a small tobacco farm, but when her parents die, Ivy is left to care for her grandmother, older sister, and nephew. As she struggles with her grandmother’s aging, her sister’s mental illness, and her own epilepsy, she realizes they might need more than she can give.

“When Jane Forrester takes a position as Grace County’s newest social worker, she is given the task of recommending which of her clients should be sterilized without their knowledge or consent. The state’s rationalization is that if her clients are poor, or ill, or deemed in some way “unfit” they should not be allowed to have children. But soon Jane becomes emotionally invested in her clients’ lives, causing tension with her new husband and her supervisors. No one understands why Jane would want to become a caseworker for the Department of Public Health when she could be a housewife and Junior League member. As Jane is drawn in by the Hart women, she begins to discover the secrets of the small farm―secrets much darker than she would have guessed. Soon, she must decide whether to take drastic action to help them, or risk losing a life-changing battle.”

Bonus: Big Lies in a Small Town is also set in North Carolina.

8. If Morning Ever Comes by Anne Tyler 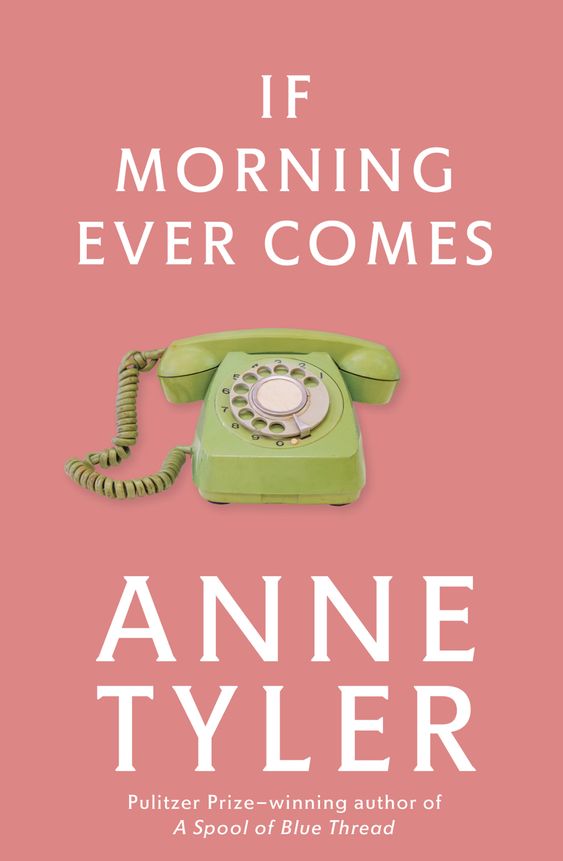 “Ben Joe Hawkes is a worrier. Raised by his mother, grandmother, and a flock of busy sisters, he’s always felt the outsider. When he learns that one of his sisters has left her husband, he heads for home and back into the confusion of childhood memories and unforseen love….”

9. At Home in Mitford by Jan Karon 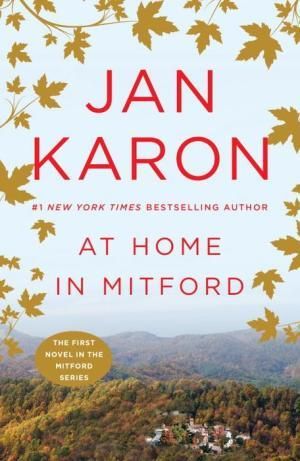 “It’s easy to feel at home in Mitford. In these high, green hills, the air is pure, the village is charming, and the people are generally lovable. Yet, Father Tim, the bachelor rector, wants something more. Enter a dog the size of a sofa who moves in and won’t go away. Add an attractive neighbor who begins wearing a path through the hedge. Now, stir in a lovable but unloved boy, a mystifying jewel theft, and a secret that’s sixty years old. Suddenly, Father Tim gets more than he bargained for. And readers get a rich comedy about ordinary people and their ordinary lives.”

Bonus: This is the first book in the Mitford Years series.

10. The Queen of Hearts by Kimmery Martin 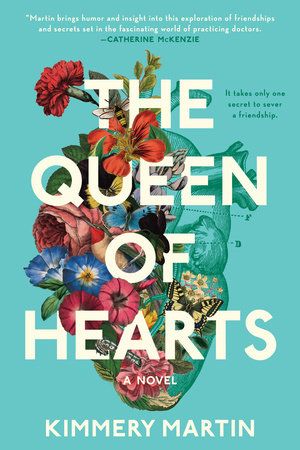 “Zadie Anson and Emma Colley have been best friends since their early twenties, when they first began navigating serious romantic relationships amid the intensity of medical school. Now they’re happily married wives and mothers with successful careers–Zadie as a pediatric cardiologist and Emma as a trauma surgeon. Their lives in Charlotte, North Carolina, are chaotic but fulfilling, until the return of a former colleague unearths a secret one of them has been harboring for years.”