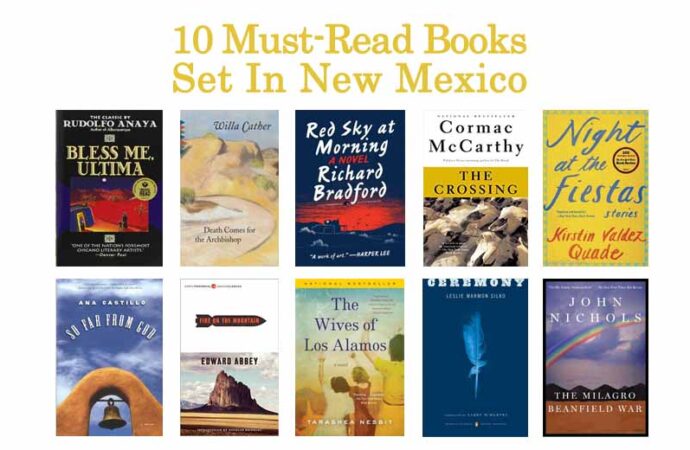 1. Bless Me, Ultima by Rudolfo Anaya 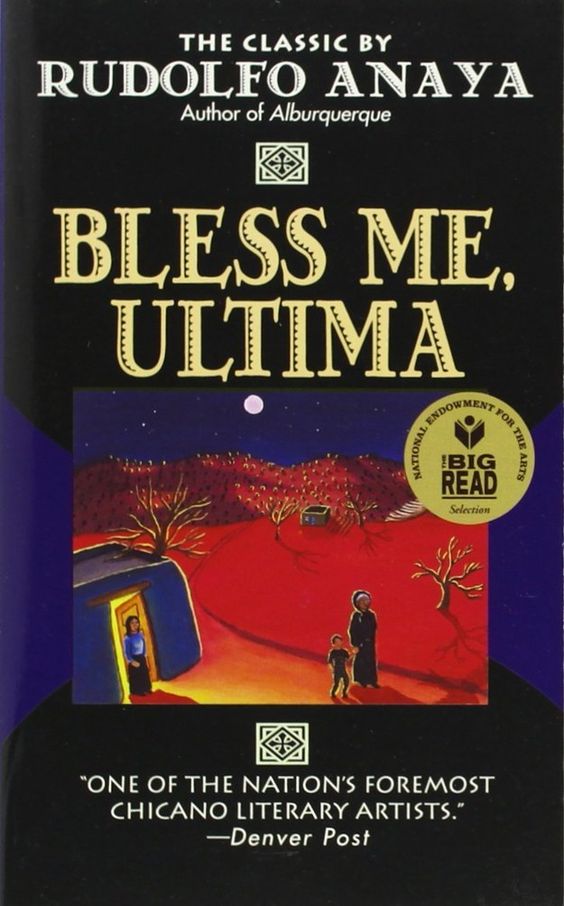 “Antonio Marez is six years old when Ultima comes to stay with his family in New Mexico. She is a curandera, one who cures with herbs and magic. Under her wise wing, Tony will probe the family ties that bind and rend him, and he will discover himself in the magical secrets of the pagan past-a mythic legacy as palpable as the Catholicism of Latin America. And at each life turn there is Ultima, who delivered Tony into the world…and will nurture the birth of his soul.”

2. Death Comes For The Archbishop by Willa Cather 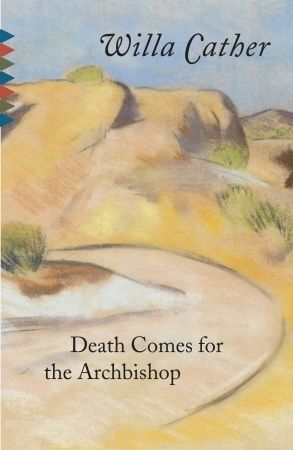 “Willa Cather’s best known novel is an epic–almost mythic–story of a single human life lived simply in the silence of the southwestern desert. In 1851 Father Jean Marie Latour comes to serve as the Apostolic Vicar to New Mexico. What he finds is a vast territory of red hills and tortuous arroyos, American by law but Mexican and Indian in custom and belief. In the almost forty years that follow, Latour spreads his faith in the only way he knows–gently, all the while contending with an unforgiving landscape, derelict and sometimes openly rebellious priests, and his own loneliness. Out of these events, Cather gives us an indelible vision of life unfolding in a place where time itself seems suspended.” 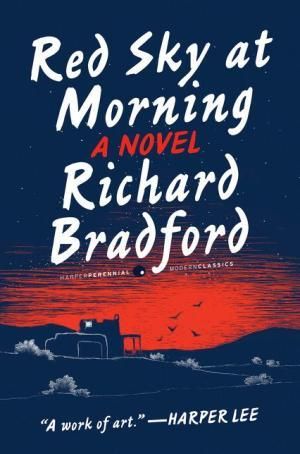 “In the summer of 1944, Frank Arnold, a wealthy shipbuilder in Mobile, Alabama, receives his volunteer commission in the U.S. Navy and moves his wife, Ann, and seventeen-year-old son, Josh, to the family’s summer home in the village of Corazon Sagrado, high in the New Mexico mountains. A true daughter of the Confederacy, Ann finds it impossible to cope with the quality of life in the largely Hispanic village and, in the company of Jimbob Buel—an insufferable, South-proud, professional houseguest—takes to bridge and sherry.

“Josh, on the other hand, becomes an integral member of the Sagrado community, forging friendships with his new classmates, with the town’s disreputable resident artist, and with Amadeo and Excilda Montoya, the couple hired by his father to care for their house. Josh narrates the story of his fateful year in Sagrado and, with irresistibly deadpan, irreverent humor, describes the events and people who influence his progress to maturity. Unhindered by his mother’s disdain for these ‘tacky, dusty little Westerners,’ Josh comes into his own and into a young man’s finely formed understanding of duty, responsibility, and love.”

4. The Crossing by Cormac McCarthy 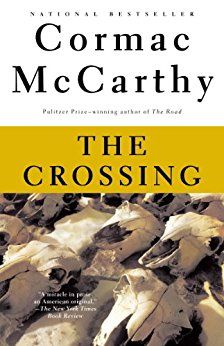 “In the late 1930s, sixteen-year-old Billy Parham captures a she-wolf that has been marauding his family’s ranch. But instead of killing it, he decides to take it back to the mountains of Mexico. With that crossing, he begins an arduous and often dreamlike journey into a country where men meet ghosts and violence strikes as suddenly as heat-lightning–a world where there is no order ‘save that which death has put there.'”

5. Night at the Fiestas by Kirstin Valdez Quade 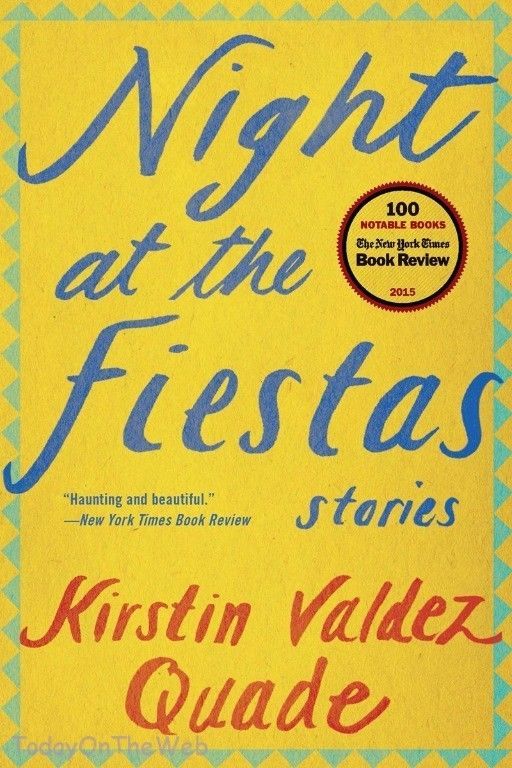 “With intensity, dark humor, and emotional precision, Kirstin Valdez Quade’s unforgettable stories plunge us into the fierce, troubled hearts of characters defined by the desire to escape the past or else to plumb its depths. Set in northern New Mexico, Night at the Fiestas is a beautifully rendered debut about living in a land shaped by love, loss, and violence.”

6. So Far From God by Ana Castillo 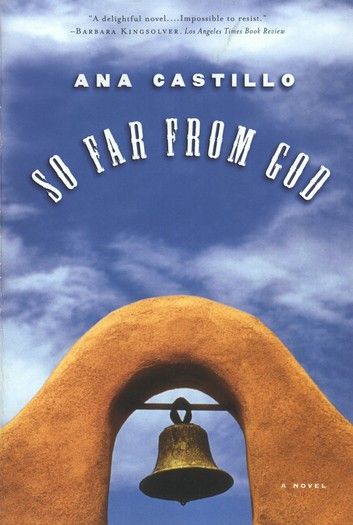 “Sofia and her fated daughters, Fe, Esperanza, Caridad, and la Loca, endure hardship and enjoy love in the sleepy New Mexico hamlet of Tome, a town teeming with marvels where the comic and the horrific, the real and the supernatural, reside.”

Bonus: Don’t miss Ana Castillo’s Peel My Love Like an Onion, which is also set in New Mexico.

7. Fire on the Mountain by Edward Abbey 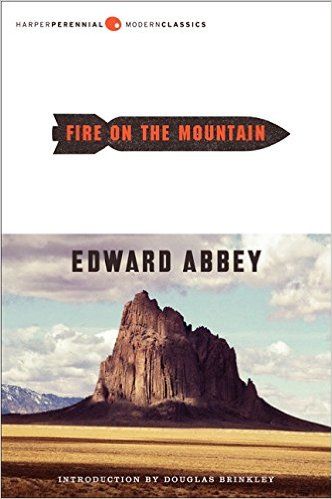 “A half-century after its original publication, Edward Abbey’s classic 1962 novel, Fire on the Mountain, still retains its beauty, power, and relevance. Now with a new introduction by New York Times bestseller Douglas Brinkley (The Wilderness Warrior, Walter Cronkite), this extraordinary tale by the legendary icon of the environmentalism movement and author of The Monkey Wrench Gang proudly celebrates rugged American individualism, as it tells the story of one tough old loner’s stand against the combined, well-armed forces of government that are determined to clear him from his land.”

8. The Wives Of Los Alamos by TaraShea Nesbit 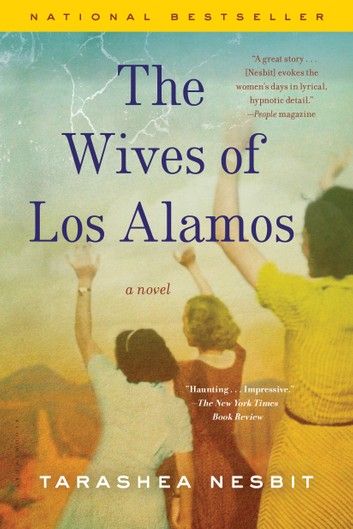 “They arrived in New Mexico ready for adventure, or at least resigned to it. But hope quickly turned to hardship as they were forced to adapt to a rugged military town where everything was a secret–including what their husbands were doing at the lab. Though they were strangers, they joined together–adapting to a landscape as fierce as it was absorbing, full of the banalities of everyday life and the drama of scientific discovery.

“While the bomb was being invented, babies were born, friendships were forged, children grew up, and Los Alamos gradually transformed into a real community: one that was strained by the words they couldn’t say out loud or in letters, and by the freedom they didn’t have. But the end of the war would bring even bigger challenges, as the scientists and their families struggled with the burden of their contribution to the most destructive force in the history of mankind.

“The Wives of Los Alamos is a testament to a remarkable group of real-life women and an exploration of a crucial, largely unconsidered aspect of one of the most monumental research projects in modern history.” 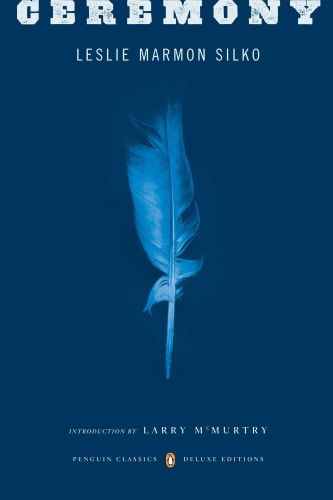 “Thirty years since its original publication, Ceremony remains one of the most profound and moving works of Native American literature, a novel that is itself a ceremony of healing. Tayo, a World War II veteran of mixed ancestry, returns to the Laguna Pueblo Reservation. He is deeply scarred by his experience as a prisoner of the Japanese and further wounded by the rejection he encounters from his people. Only by immersing himself in the Indian past can he begin to regain the peace that was taken from him. Masterfully written, filled with the somber majesty of Pueblo myth, Ceremony is a work of enduring power.” 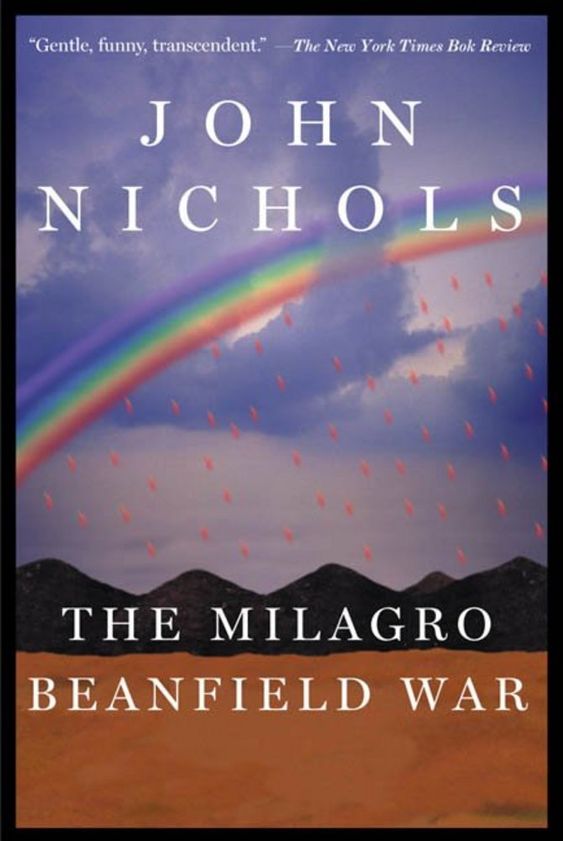 “Joe Mondragon, a feisty hustler with a talent for trouble, slammed his battered pickup to a stop, tugged on his gumboots, and marched into the arid patch of ground. Carefully (and also illegally), he tapped into the main irrigation channel. And so began-though few knew it at the time-the Milagro beanfield war. But like everything else in the dirt-poor town of Milagro, it would be a patchwork war, fought more by tactical retreats than by battlefield victories. Gradually, the small farmers and sheepmen begin to rally to Joe’s beanfield as the symbol of their lost rights and their lost lands. And downstate in the capital, the Anglo water barons and power brokers huddle in urgent conference, intent on destroying that symbol before it destroys their multimillion-dollar land-development schemes.

“The tale of Milagro’s rising is wildly comic and lovingly tender, a vivid portrayal of a town that, half-stumbling and partly prodded, gropes its way toward its own stubborn salvation.”

Bonus: Don’t miss the other two books in Nichols’ New Mexico Trilogy, The Magic Journey and The Nirvana Blues.