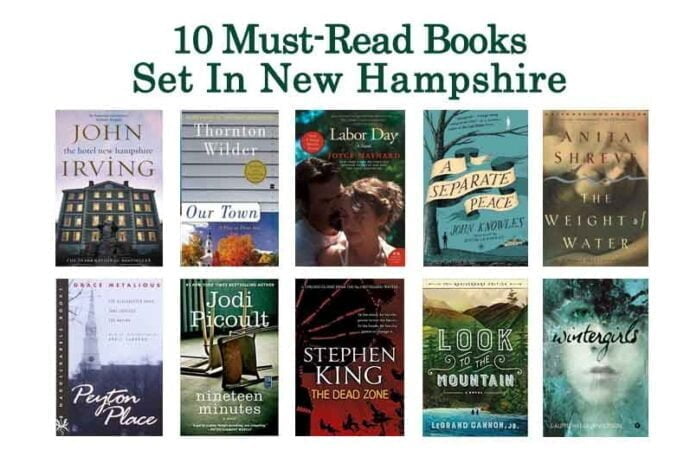 These 10 must-read books set in New Hampshire include bestselling and Pulitzer Prize winning books. Visit the Granite State with these books that take place in New Hampshire. 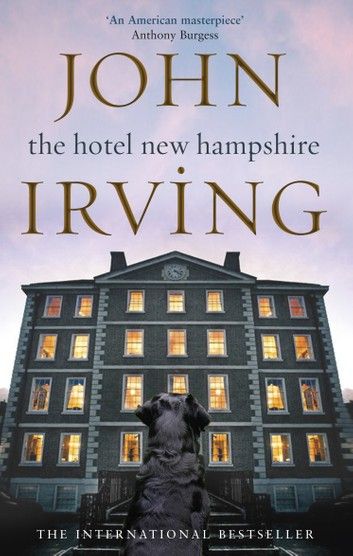 “‘The first of my father’s illusions was that bears could survive the life lived by human beings, and the second was that human beings could survive a life led in hotels’. So says John Berry, son of a hapless dreamer, brother to a cadre of eccentric siblings, and chronicler of the lives lived, the loves experienced, the deaths met, and the myriad strange and wonderful times encountered by the family Berry. Hoteliers, pet-bear owners, friends of Freud (the animal trainer and vaudevillian, that is), and playthings of mad fate, they ‘dream on’ in this funny, sad, outrageous, and moving novel.”

2. Our Town by Thornton Wilder 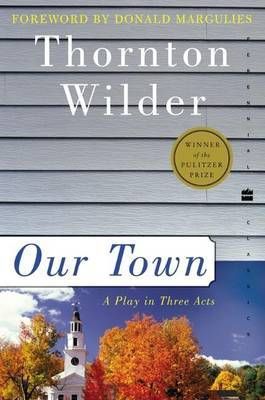 “Our Town was first produced and published in 1938 to wide acclaim. This Pulitzer Prize-winning drama of life in the small village of Grover’s Corners, an allegorical representation of all life, has become an American classic. It is Thornton Wilder’s most renowned and most frequently performed play.” 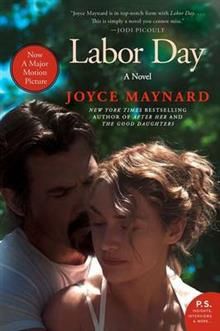 “The unforgettable story of a mother and son forever changed during a long summer weekend when a mysterious man comes into their lives.”

4. A Separate Peace by John Knowles 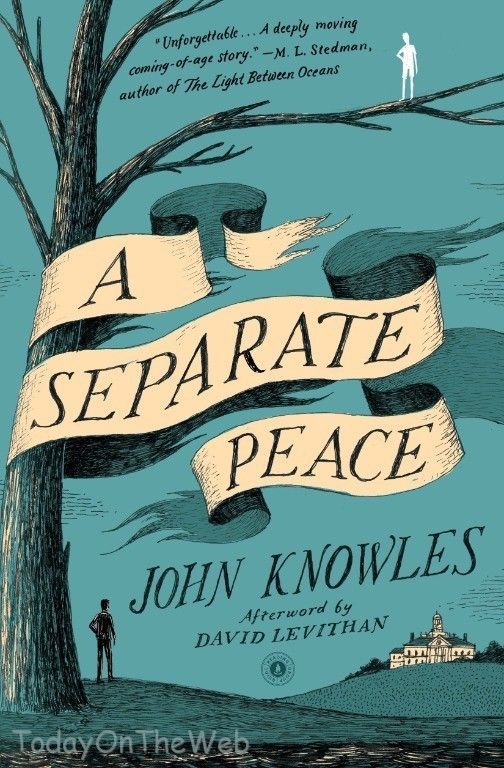 “Set at a boys’ boarding school in New England during the early years of World War II, A Separate Peace is a harrowing and luminous parable of the dark side of adolescence. Gene is a lonely, introverted intellectual. Phineas is a handsome, taunting, daredevil athlete. What happens between the two friends one summer, like the war itself, banishes the innocence of these boys and their world.”

5. The Weight of Water by Anita Shreve 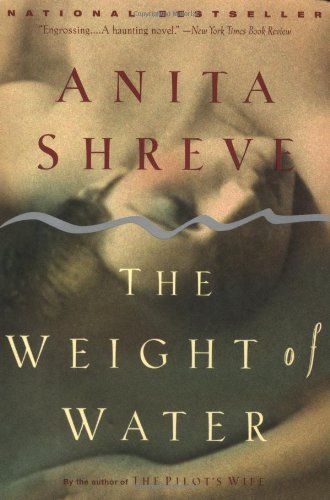 “‘I wonder this: If you take a woman and push her to the edge, how will she behave?’ The question is posed by Jean, a photographer, who arrives on Smuttynose Island, off the coast of New Hampshire, to research a century-old crime. As she immerses herself in the details of the case–an outburst of passion that resulted in the deaths of two women–Jean herself enters precarious emotional territory. The suspicion that her husband is having an affair burgeons into jealousy and distrust, and ultimately propels Jean to the verge of actions she had not known herself capable of–actions with horrific consequences. Everywhere hailed for its beauty and power, The Weight of Water takes us on an unforgettable journey through the furthest extremes of emotion.” 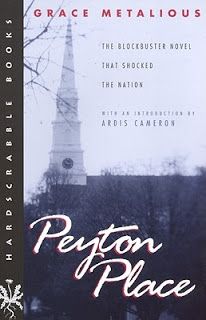 “When Grace Metalious’s debut novel about the dark underside of a small, respectable New England town was published in 1956, it quickly soared to the top of the bestseller lists. A landmark in twentieth-century American popular culture, Peyton Place spawned a successful feature film and a long-running television series—the first prime-time soap opera.Contemporary readers of Peyton Place will be captivated by its vivid characters, earthy prose, and shocking incidents. Through her riveting, uninhibited narrative, Metalious skillfully exposes the intricate social anatomy of a small community, examining the lives of its people—their passions and vices, their ambitions and defeats, their passivity or violence, their secret hopes and kindnesses, their cohesiveness and rigidity, their struggles, and often their courage.” “Sterling is an ordinary New Hampshire town where nothing ever happens–until the day its complacency is shattered by a school shooting. Josie Cormier, the daughter of the judge sitting on the case, should be the state’s best witness, but she can’t remember what happened before her very own eyes–or can she? As the trial progresses, fault lines between the high school and the adult community begin to show–destroying the closest of friendships and families. Nineteen Minutes asks what it means to be different in our society, who has the right to judge someone else, and whether anyone is ever really who they seem to be.

8. The Dead Zone by Stephen King 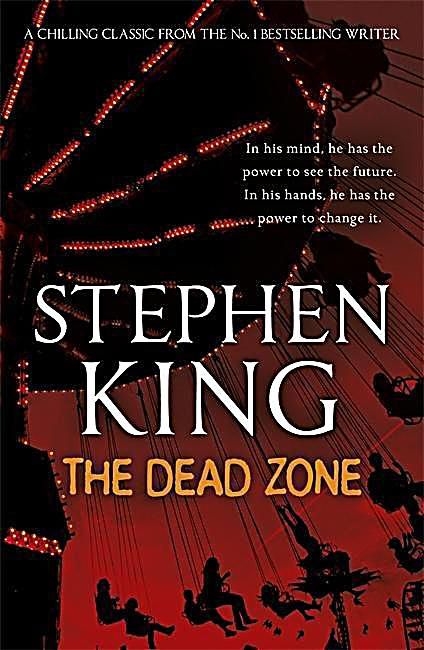 “Johnny Smith awakens from a five-year coma after his car accident and discovers that he can see people’s futures and pasts when he touches them. Many consider his talent a gift; Johnny feels cursed. His fiancée married another man during his coma and people clamor for him to solve their problems.

“When Johnny has a disturbing vision after he shakes the hand of an ambitious and amoral politician, he must decide if he should take drastic action to change the future.”

9. Look To The Mountain by LeGrand Cannon Jr. 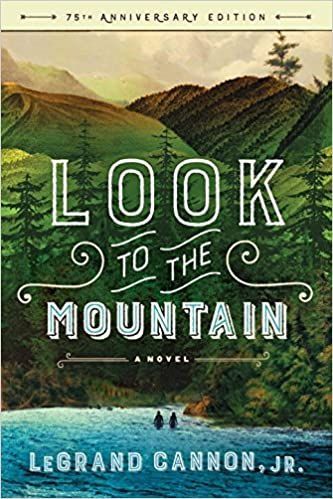 “One of the most popular and enduring novels of the last century, Look to the Mountain is the epic story of two young settlers who start a new life in the foothills of New Hampshire’s White Mountains on the eve of the American Revolution. They learn to survive amid the struggle in what was then a harsh and unforgiving landscape, forging a bond between both them and their adopted homeland. A critical and commercial success when it was first published in 1942, LeGrand Cannon, Jr.’s novel was nominated for the Pulitzer Prize and translated into numerous languages throughout the world. It has sold over one million copies through various editions and has never been out of print. Seventy-five years on, Look to the Mountain is still a definitive American novel, offering a captivating glimpse of life at the edges of the original colonies, and the grit and determination of the earliest New Englanders.” 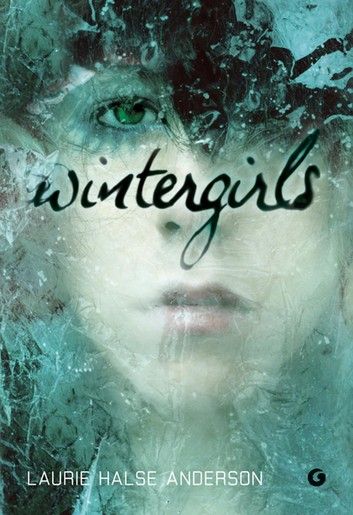 “Lia and Cassie are best friends, wintergirls frozen in fragile bodies, competitors in a deadly contest to see who can be the thinnest. But then Cassie suffers the ultimate loss—her life—and Lia is left behind, haunted by her friend’s memory and racked with guilt for not being able to help save her. In her most powerfully moving novel since Speak, award-winning author Laurie Halse Anderson explores Lia’s struggle, her painful path to recovery, and her desperate attempts to hold on to the most important thing of all: hope.”