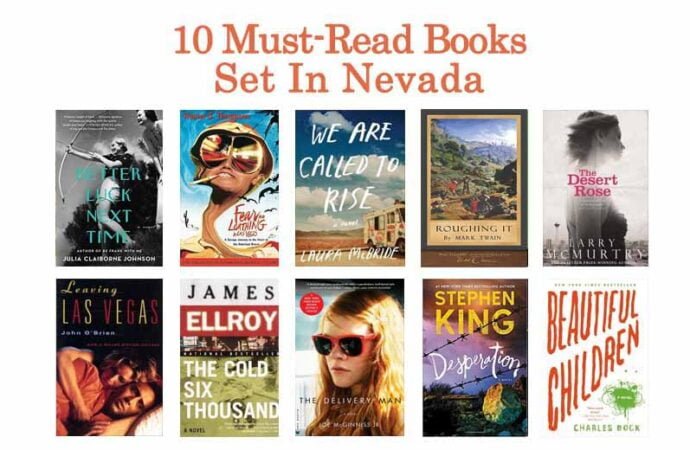 These 10 must-read books set in Nevada feature Las Vegas, Reno, and small towns far away from the Las Vegas Strip. Take a trip to the Silver State with these books that take place in Nevada.

1. Better Luck Next Time: A Novel by Julia Claiborne Johnson 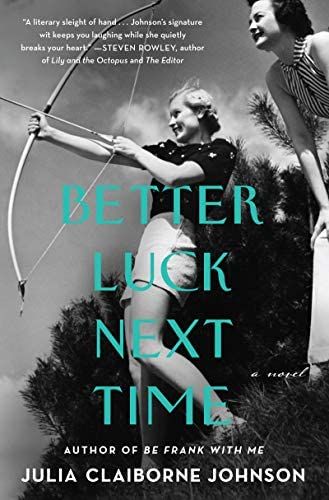 “It’s 1938 and women seeking a quick, no-questions split from their husbands head to the ‘divorce capital of the world,’ Reno, Nevada. There’s one catch: they have to wait six-weeks to become ‘residents.’ Many of these wealthy, soon-to-be divorcees flock to the Flying Leap, a dude ranch that caters to their every need.”

2. Fear and Loathing in Las Vegas: A Savage Journey to the Heart of the American Dream by Hunter S. Thompson 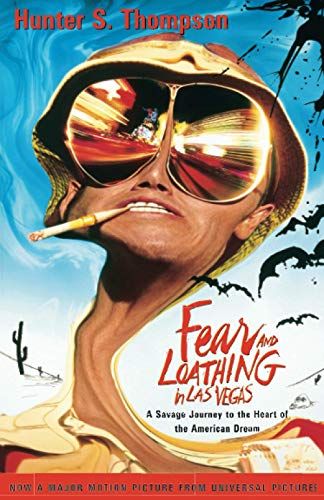 “This cult classic of gonzo journalism is the best chronicle of drug-soaked, addle-brained, rollicking good times ever committed to the printed page. It is also the tale of a long weekend road trip that has gone down in the annals of American pop culture as one of the strangest journeys ever undertaken.”

3. We Are Called to Rise by Laura McBride 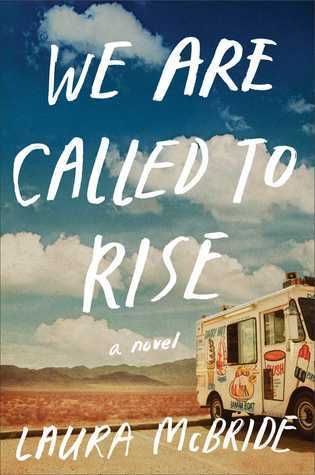 “‘Your heart will break…then soar’ (Redbook) when, far from the neon lights of the Vegas strip, three lives collide in a split-second mistake and a child’s fate hangs in the balance.”

4. Roughing It by Mark Twain 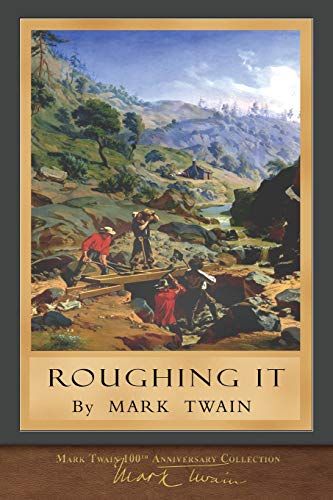 “A semi-autobiographical account of Mark Twain’s early adventures in western America. It is the first of his several travel books. He recounts his attempts at gold and silver mining which led to his becoming a paper millionaire for ten days. He gets involved in real estate speculation amid his time in Nevada and California. He details his trip to Salt Lake City and encounters with the Brigham Young Mormons. At the end of the book, he travels to Hawaii and describes viewing the lava flows and eruptions from the volcanoes that are active even today. It is a thoroughly entertaining tale of the Wild West.”

5. The Desert Rose by Larry McMurtry “Harmony is a Las Vegas showgirl with the best legs in town. At night she’s a lead dancer in a gambling casino; during the day she raises peacocks. She throws her love away on second-rate men, but wakes up in the morning full of hope. She’s one of a dying breed of dancers, faced with fewer and fewer jobs and an even bleaker future. Yet, she maintains a calm cheerfulness in that arid neon landscape of supermarkets, drive-in wedding chapels, and all-night casinos.

“While Harmony’s star is fading, her beautiful, cynical daughter Pepper’s is on the rise. But Harmony remains wistful and optimistic through it all. She is the unexpected blossom in the wasteland, the tough and tender desert rose. Hers is a loving portrait that only Larry McMurtry could render.” 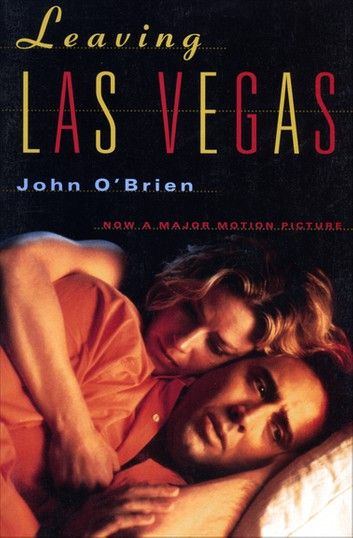 “Leaving Las Vegas, the first novel by John O’Brien, is the disturbing and emotionally wrenching story of a woman who embraces life and a man who rejects it. Sera is a prostitute, content with the independence and routine she has carved out for herself in a city defined by recklessness. But she is haunted by a specter in a yellow Mercedes, a man from her past who is committed to taking control of her life again. Ben is an alcoholic intent on drinking his way toward an early death. Newly arrived from Los Angeles, he survived the four-hour intoxicated drive across the desert with his entire savings in his wallet and nothing else left to lose. Looking to satisfy hungers both material and existential, Ben and Sera stumble together on the strip and discover in each other a respite from their unforgiving lives.” 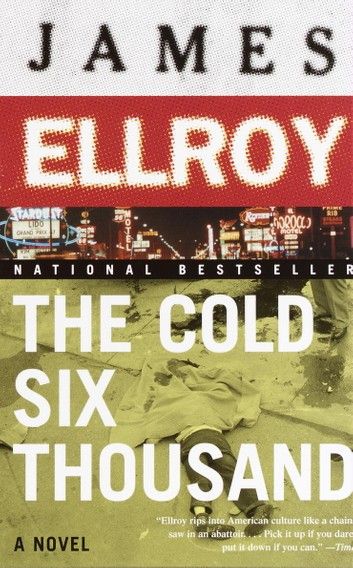 “In this savagely audacious novel, James Ellroy plants a pipe bomb under the America in the 1960s, lights the fuse, and watches the shrapnel fly. On November 22, 1963 three men converge in Dallas. Their job: to clean up the JFK hit’s loose ends and inconvenient witnesses. They are Wayne Tedrow, Jr., a Las Vegas cop with family ties to the lunatic right; Ward J. Littell, a defrocked FBI man turned underworld mouthpiece; and Pete Bondurant, a dope-runner and hit-man who serves as the mob’s emissary to the anti-Castro underground.

“It goes bad from there. For the next five years these night-riders run a whirlwind of plots and counter-plots: Howard Hughes’s takeover of Vegas, J. Edgar Hoover’s war against the civil rights movement, the heroin trade in Vietnam, and the murders of Martin Luther King, Jr. and Bobby Kennedy. Wilder than L. A. Confidential, more devastating than American Tabloid, The Cold Six Thousand establishes Ellroy as one of our most fearless novelists.”

8. The Delivery Man by Joe McGinniss 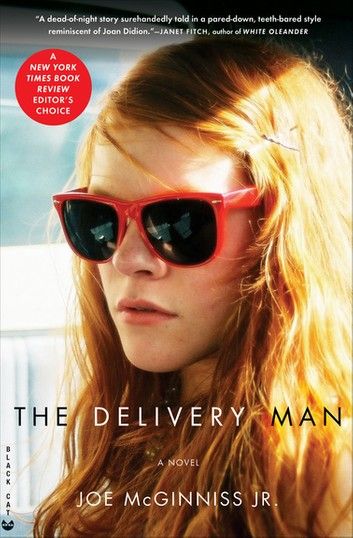 “After attending college in New York, Chase returns to Vegas and is drawn into the lucrative but dangerous world of a teenage call-girl service with his childhood friend Michele, a beautiful Salvadoran immigrant with whom he shares a tragic past. Over the course of one extraordinary summer, they will confront the violence and emptiness at the heart of the city and their generation.

“At once stark and electrically atmospheric, horrifying and hopeful, The Delivery Man is an ambitious literary novel as well as a fast and absorbing page-turner—and a powerful indictment of a society in which personal responsibility has been abandoned, lust is increasingly mistaken for love, and innocence is an anachronism.” 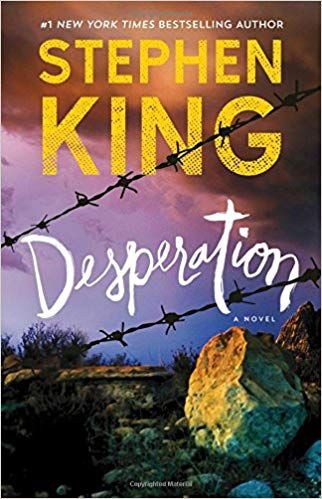 “Located off a desolate stretch of Interstate 50, Desperation, Nevada, has few connections with the rest of the world. It is a place, though, where the seams between worlds are thin. And it is a place where several travelers are abducted by Collie Entragian, the maniacal police officer of Desperation. Entragian uses various ploys for the abductions, from an arrest for drug possession to ‘rescuing’ a family from a nonexistent gunman. There’s something very wrong here, all right, and Entragian is only the surface of it.” 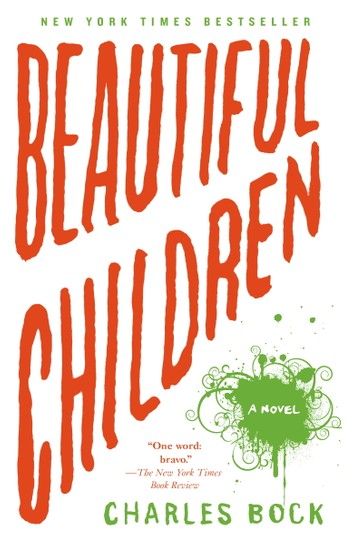 “In this masterly debut novel, Charles Bock mixes incandescent prose with devious humor to capture Las Vegas with unprecedented scope and nuance and to provide a glimpse into a microcosm of modern America. Beautiful Children is an odyssey of heartache and redemption heralding the arrival of a major new writer.”