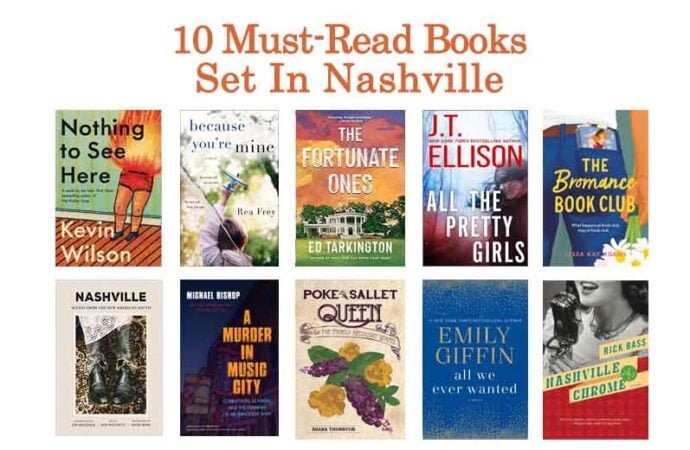 These must-read books set in Nashville include novels, mystery series, nonfiction, and collections that highlight the locales and events of the Athens of the South. Take a trip to Music City with these books that take place in Nashville, Tennessee.

1. Nothing to See Here by Kevin Wilson 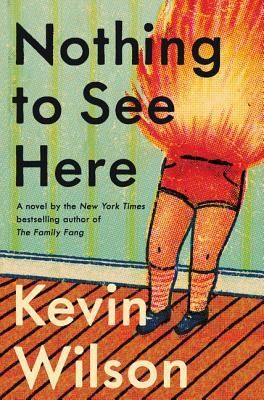 “Lillian and Madison were unlikely roommates and yet inseparable friends at their elite boarding school. But then Lillian had to leave the school unexpectedly in the wake of a scandal and they’ve barely spoken since. Until now, when Lillian gets a letter from Madison pleading for her help.

“Madison’s twin stepkids are moving in with her family and she wants Lillian to be their caretaker. However, there’s a catch: the twins spontaneously combust when they get agitated, flames igniting from their skin in a startling but beautiful way. Lillian is convinced Madison is pulling her leg, but it’s the truth.

“Thinking of her dead-end life at home, the life that has consistently disappointed her, Lillian figures she has nothing to lose. Over the course of one humid, demanding summer, Lillian and the twins learn to trust each other—and stay cool—while also staying out of the way of Madison’s buttoned-up politician husband. Surprised by her own ingenuity yet unused to the intense feelings of protectiveness she feels for them, Lillian ultimately begins to accept that she needs these strange children as much as they need her—urgently and fiercely. Couldn’t this be the start of the amazing life she’d always hoped for?”

2. Because You’re Mine by Rea Frey 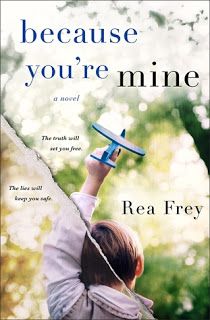 “Single mother Lee has the daily routine down to a science: shower in six minutes. Cut food into perfect squares. Never leave her on-the-spectrum son Mason in someone else’s care. She’ll do anything―anything―to keep his carefully constructed world from falling apart. Do anything to keep him safe.

“But when her best friend Grace convinces her she needs a small break from motherhood to recharge her batteries, Lee gives in to a weekend trip. Surely a long weekend away from home won’t hurt?

“Noah, Mason’s handsome, bright, charismatic tutor―the first man in ages Lee’s even noticed―is more than happy to stay with him.

“Forty-eight hours later, someone is dead.

“But not all is as it seems. Noah may be more than who he claims to be. Grace has a secret―one that will destroy Lee. Lee has secrets of her own that she will do anything to keep hidden. And what will happen to Mason, as the dominoes begin to fall and the past comes to light?

“Perhaps it’s no mystery someone is gone after all…”

3. The Fortunate Ones by Ed Tarkington 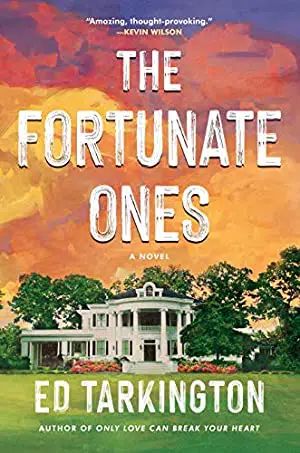 “When Charlie Boykin was young, he thought his life with his single mother on the working-class side of Nashville was perfectly fine. But when his mother arranges for him to be admitted as a scholarship student to an elite private school, he is suddenly introduced to what the world can feel like to someone cushioned by money. That world, he discovers, is an almost irresistible place where one can bend—and break—rules and still end up untarnished. As he gets drawn into a friendship with a charismatic upperclassman, Archer Creigh, and an affluent family that treats him like an adopted son, Charlie quickly adapts to life in the upper echelons of Nashville society. Under their charming and alcohol-soaked spell, how can he not relax and enjoy it all—the lack of anxiety over money, the easy summers spent poolside at perfectly appointed mansions, the lavish parties, the freedom to make mistakes knowing that everything can be glossed over or fixed?

“But over time, Charlie is increasingly pulled into covering for Archer’s constant deceits and his casual bigotry. At what point will the attraction of wealth and prestige wear off enough for Charlie to take a stand—and will he?” 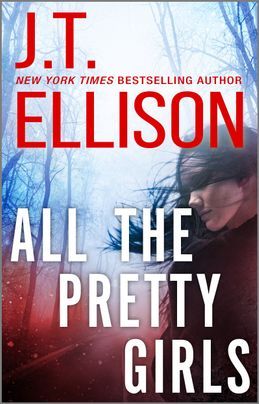 From the first book in the series: “After a local girl turns up dead, Nashville Homicide lieutenant Taylor Jackson is determined to catch the serial rapist responsible for the crime. Called “The Southern Strangler,” this sadistic killer is slaughtering young women throughout Southeast, leaving a gruesome memento at each crime scene—the prior victim’s severed hand. Taylor finds herself in a joint investigation with her lover, FBI profiler Dr. John Baldwin, as they pursue the vicious murderer.” 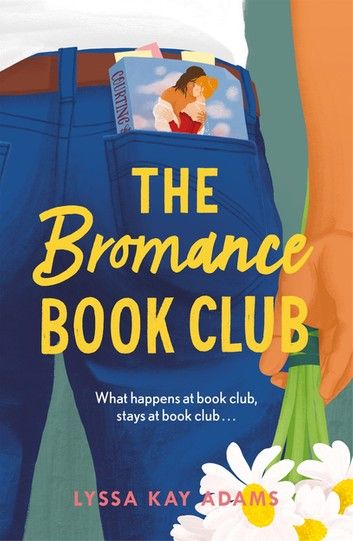 “The first rule of book club: You don’t talk about book club.

“Nashville Legends second baseman Gavin Scott’s marriage is in major league trouble. He’s recently discovered a humiliating secret: his wife Thea has always faked the Big O. When he loses his cool at the revelation, it’s the final straw on their already strained relationship. Thea asks for a divorce, and Gavin realizes he’s let his pride and fear get the better of him.

“Welcome to the Bromance Book Club.

“Distraught and desperate, Gavin finds help from an unlikely source: a secret romance book club made up of Nashville’s top alpha men. With the help of their current read, a steamy Regency titled Courting the Countess, the guys coach Gavin on saving his marriage. But it’ll take a lot more than flowery words and grand gestures for this hapless Romeo to find his inner hero and win back the trust of his wife.”

6. Nashville: Scenes from the New American South by Ann Patchett 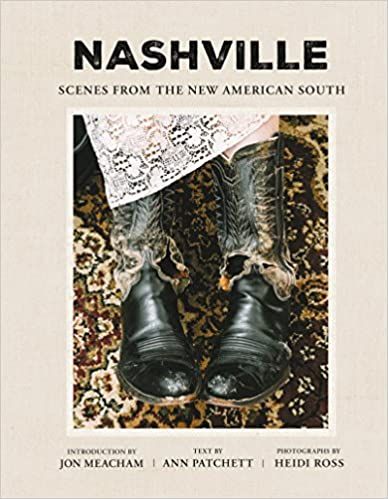 “Nashville is a creative collaboration that awakens the senses, providing a virtual immersion in this unique American city hailed as the Athens of the South. Patchett, Ross, and Meacham in his introduction, at once capture both the city’s iconic historical side—its deep, rich Southern roots, from its food and festivals to its famous venues, recording studios, and style—and its edgier, highly vibrant creative side, which has made it a modern cultural mecca increasingly populated by established and upcoming artists in art, film, and music.” 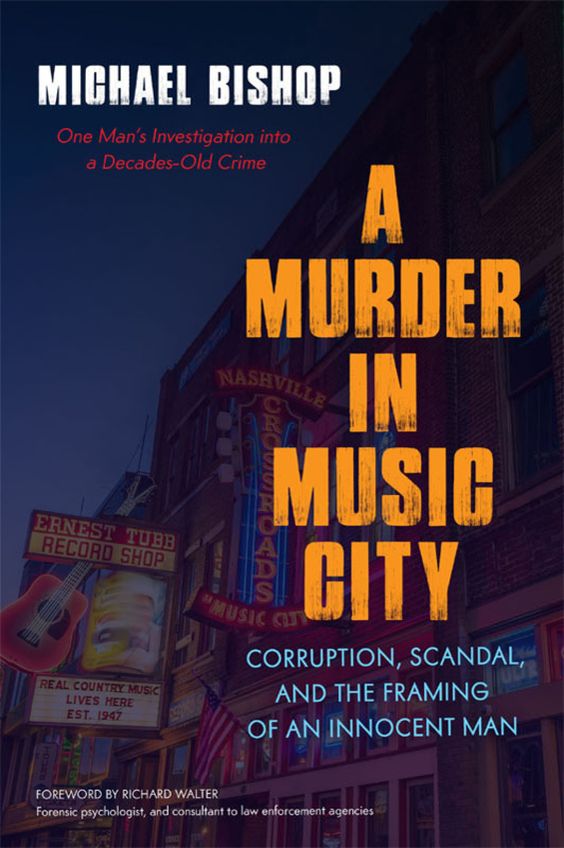 “A private citizen discovers compelling evidence that a decades-old murder in Nashville was not committed by the man who went to prison for the crime but was the result of a conspiracy involving elite members of Nashville society. Nashville 1964. Eighteen-year-old babysitter Paula Herring is murdered in her home while her six-year-old brother apparently sleeps through the grisly event. A few months later a judge’s son is convicted of the crime. Decades after the slaying, Michael Bishop, a private citizen,stumbles upon a secret file related to the case and with the help of some of the world’s top forensic experts–including forensic psychologist Richard Walter (aka “the living Sherlock Holmes”)–he uncovers the truth. What really happened is completely different from what the public was led to believe. Now, for the very first time, Bishop reveals the true story. In this true-crime page-turner, the author lays out compelling evidence that a circle of powerful citizens were key participants in the crime and the subsequent cover-up. The ne’er-do-well judge’s son, who was falsely accused and sent to prison, proved to be the perfect setup man. The perpetrators used his checkered history to conceal the real facts for over half a century. Including interviews with the original defense attorney and a murder confession elicited from a nursing-home resident, the information presented here will change Nashville history forever.” 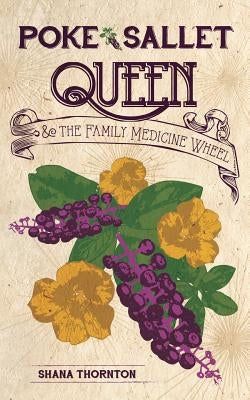 “When Robin Ballard takes a writing course in college, she goes searching for answers about her homeless father and wanders into the secret lives of her relatives as they gradually reveal their personal histories. Set in Nashville and the surrounding rural towns, Poke Sallet Queen and the Family Medicine Wheel offers a look into the superstitions and changes of a middle Tennessee family from the 1920s to the 21st century. Based on novel events, homework assignments, old magic recipes, drunken revelries, senile remembrances, midnight songs, some tall tales, some folk tales, and the lost journals, Robin Ballard tells a “true” Tennessee family history.”

9. All We Ever Wanted by Emily Giffin 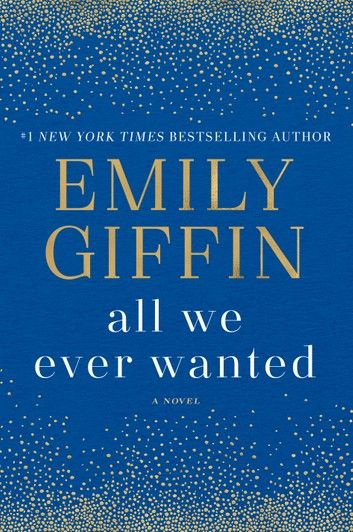 “Nina Browning is living the good life after marrying into Nashville’s elite. More recently, her husband made a fortune selling his tech business, and their adored son has been accepted to Princeton.

“Yet sometimes the middle-class small-town girl in Nina wonders if she’s strayed from the person she once was.

“Tom Volpe is a single dad working multiple jobs while struggling to raise his headstrong daughter, Lyla. His road has been lonely, long, and hard, but he finally starts to relax after Lyla earns a scholarship to Windsor Academy, Nashville’s most prestigious private school.

“Amid so much wealth and privilege, Lyla doesn’t always fit in—and her overprotective father doesn’t help—but in most ways, she’s a typical teenaged girl, happy and thriving.

“Then, one photograph, snapped in a drunken moment at a party, changes everything. As the image spreads like wildfire, the Windsor community is instantly polarized, buzzing with controversy and assigning blame.

“At the heart of the lies and scandal, Tom, Nina, and Lyla are forced together—all questioning their closest relationships, asking themselves who they really are, and searching for the courage to live a life of true meaning.” “1959: the Brown siblings are the biggest thing in country music. Their inimitable harmony will give rise to the polished sound of the multibillion-dollar country music industry we know today. But when the bonds of family begin to fray, the flame of their celebrity proves as brilliant as it is fleeting. In this arresting novel, acclaimed author Rick Bass draws poignant portraits of their lives, lived both in and out of the limelight. Masterfully jumping between the Browns’ once auspicious past and the heartbreaking present, Nashville Chrome is the richly imagined story of this forgotten family and an unflinching portrait of an era in American music.”