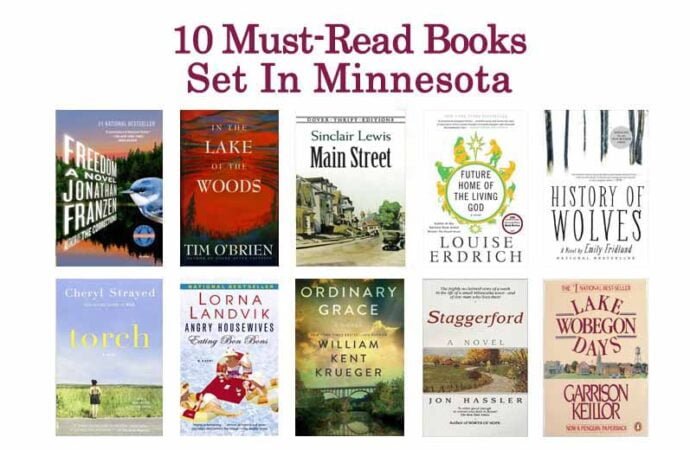 These 10 must-read books set in Minnesota prove the Land of 10,000 Lakes is also a land of great books. Travel to the North Star State with these books that take place in Minnesota. 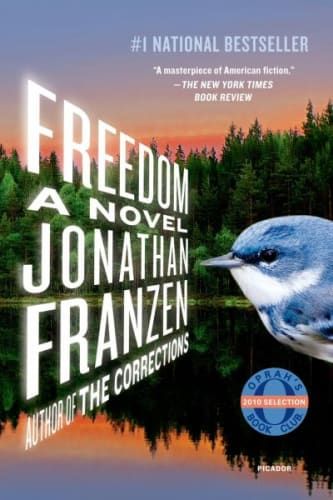 “Patty and Walter Berglund were the pioneers of old St. Paul―the gentrifiers, the hands-on parents, the avant garde of the Whole Foods generation. But now, in the new millennium, they have become a mystery. Why has their teenage son moved in with the aggressively Republican family next door? Why has Walter, once an environmental lawyer, taken a job working with Big Coal? Most startling of all, why has Patty, the perfect neighbor, turned into the local Fury?

“Patty and Walter Berglund are indelible characters, and their mistakes and joys, as they struggle to learn how to live in an ever more confusing world, have become touchstones of contemporary American reality.”

2. In the Lake of the Woods by Tim O’Brien 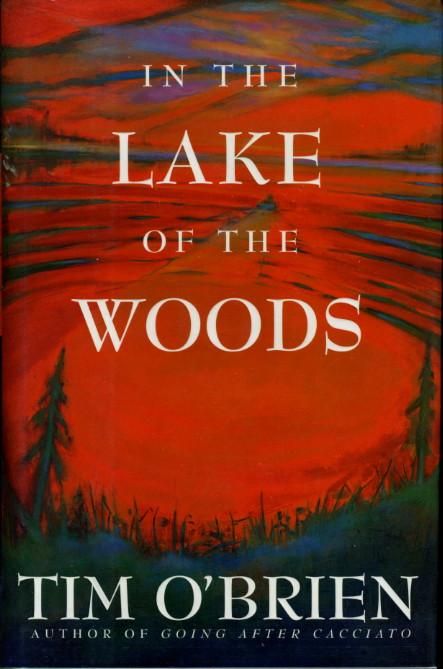 “This riveting novel of love and mystery from the author of The Things They Carried examines the lasting impact of the twentieth century’s legacy of violence and warfare, both at home and abroad. When long-hidden secrets about the atrocities he committed in Vietnam come to light, a candidate for the U.S. Senate retreats with his wife to a lakeside cabin in northern Minnesota. Within days of their arrival, his wife mysteriously vanishes into the watery wilderness.” 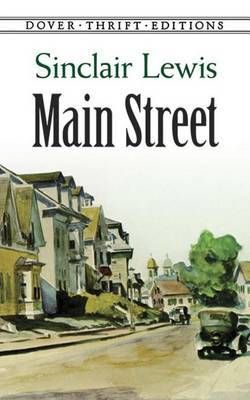 “Carol, a young and progressive librarian living in St Paul, Minnesota, falls in love with and marries Will Kennicott, a doctor who dreams of returning to the small town of his childhood. Carol agrees and they move to Gopher Prairie, Minnesota, a town modeled on Sinclair’s own hometown of Sauk Centre, Minnesota. Carol is disappointed by the town’s drab appearance and it’s provincial, small-minded inhabitants. Brimming with optimism and tenacity, she sets out to convince the town to modernize and embrace her progressive values. Her ideas are not received as she hoped and instead she is resisted at every turn and derided by her fellow townsfolk. For all its seeming bleakness, Carol is ever optimistic and refuses to give up or believe the fight isn’t worth fighting.”

4. Future Home of the Living God by Louise Erdrich 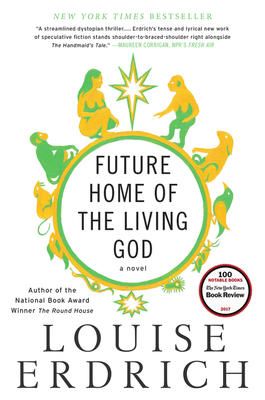 “The world as we know it is ending. Evolution has reversed itself, affecting every living creature on earth. Science cannot stop the world from running backwards, as woman after woman gives birth to infants that appear to be primitive species of humans. Twenty-six-year-old Cedar Hawk Songmaker, adopted daughter of a pair of big-hearted, open-minded Minneapolis liberals, is as disturbed and uncertain as the rest of America around her. But for Cedar, this change is profound and deeply personal. She is four months pregnant.”

5. History of Wolves by Emily Fridlund 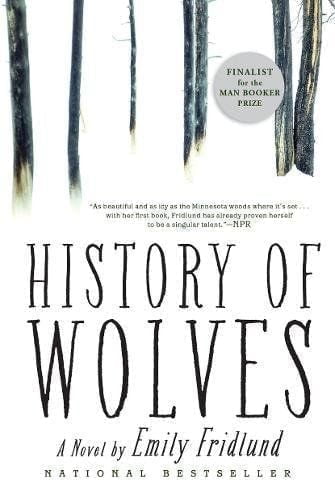 “Teenage Linda lives with her parents in the austere woods of northern Minnesota, where their nearly abandoned commune stands as a last vestige of a lost counter-culture world. Isolated at home and an outsider at school, Linda is drawn to the enigmatic Lily and new history teacher Mr. Grierson. When Mr. Grierson is faced with child pornography charges, his arrest deeply affects Linda as she wrestles with her own fledgling desires and craving to belong. And then the young Gardner family moves in across the lake and Linda finds herself welcomed into their home as a babysitter for their little boy. But with this new sense of belonging comes expectations and secrets she doesnt understand and, over the course of a summer, Linda makes a set of choices that reverberate throughout her life. One of the most daring literary debuts of the year and a national bestseller, History of Wolves is an agonizing and gorgeously written novel from an urgent, new voice in American fiction.” 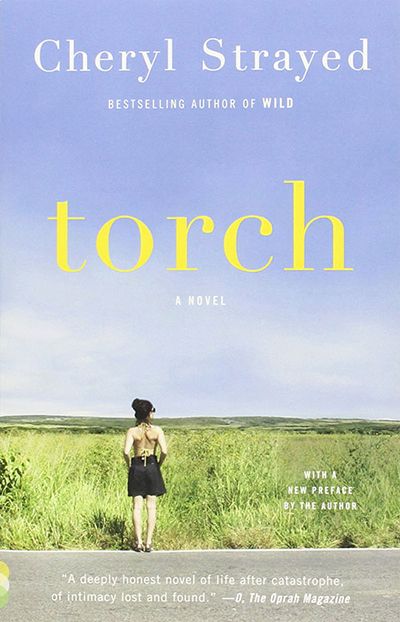 “‘Work hard. Do good. Be incredible!’ is the advice Teresa Rae Wood shares with the listeners of her local radio show, Modern Pioneers, and the advice she strives to live by every day. She has fled a bad marriage and rebuilta life with her children, Claire and Joshua, and their caring stepfather, Bruce. Their love for each other binds them as a family through the daily struggles of making ends meet. But when they received unexpected news that Teresa, only 38, is dying of cancer, their lives all begin to unravel and drift apart. Strayed’s intimate portraits of these fully human characters in a time of crisis show the varying truths of grief, forgiveness, and the beautiful terrors of learning how to keep living.” 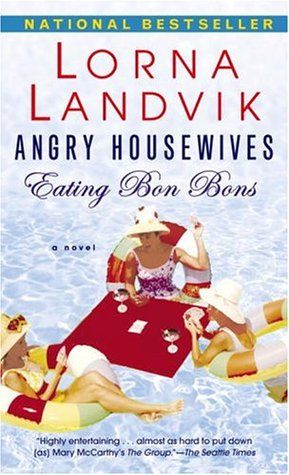 “The women of Freesia Court are convinced that there is nothing good coffee, delicious desserts, and a strong shoulder can’t fix. Laughter is the glue that holds them together—the foundation of a book group they call AHEB (Angry Housewives Eating Bon Bons), an unofficial ‘club’ that becomes much more. It becomes a lifeline. Holding on through forty eventful years, there’s Faith, a lonely mother of twins who harbors a terrible secret that has condemned her to living a lie; big, beautiful Audrey, the resident sex queen who knows that with good posture and an attitude you can get away with anything; Merit, the doctor’s shy wife with the face of an angel and the private hell of an abusive husband; Kari, a wise woman with a wonderful laugh who knows that the greatest gifts appear after life’s fiercest storms; and finally, Slip, a tiny spitfire of a woman who isn’t afraid to look trouble straight in the eye.” “New Bremen, Minnesota, 1961. The Twins were playing their debut season, ice-cold root beers were selling out at the soda counter of Halderson’s Drugstore, and Hot Stuff comic books were a mainstay on every barbershop magazine rack. It was a time of innocence and hope for a country with a new, young president. But for thirteen-year-old Frank Drum it was a grim summer in which death visited frequently and assumed many forms. Accident. Nature. Suicide. Murder.” 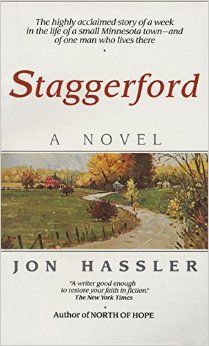 “It is only a week in the life of a 35-year old bachelor school teacher in a small Minnesota town. But it is an extraodinary week, filled with the poetry of living, the sweetness of expectation, and the glory of surprise that can change a life forever….” 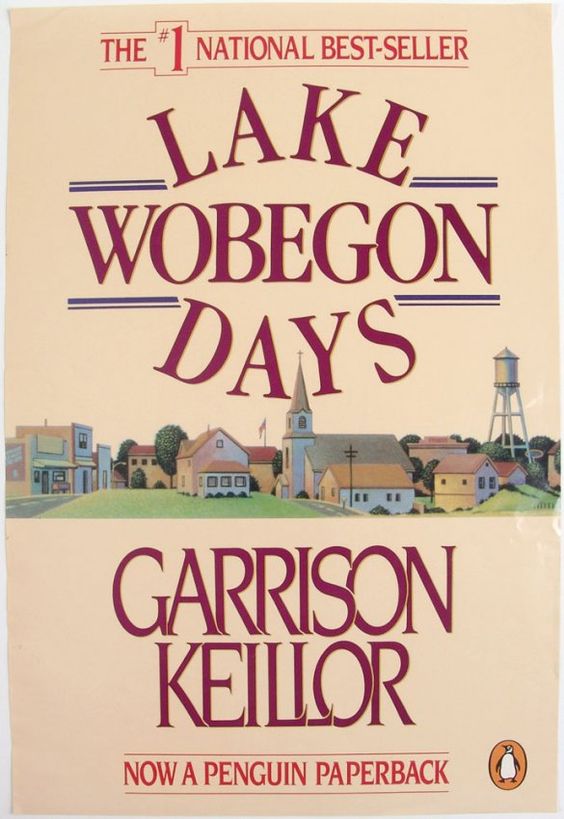 “A chronicle of this imaginary place, narrated by a skinny kid with wire-rimmed glasses who is raised as a straitlaced Protestant but is fascinated by the Catholic Church (he dreams of being burnt at the stake) and by the notion of a more exotic family background (he’d like to be called Keillorini).”