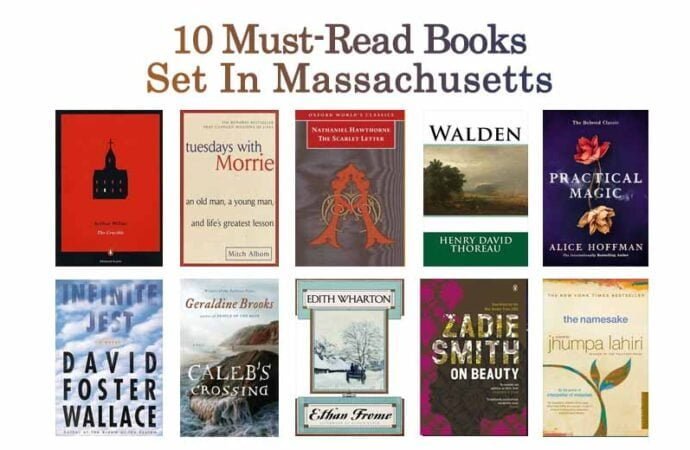 1. The Crucible by Arthur Miller 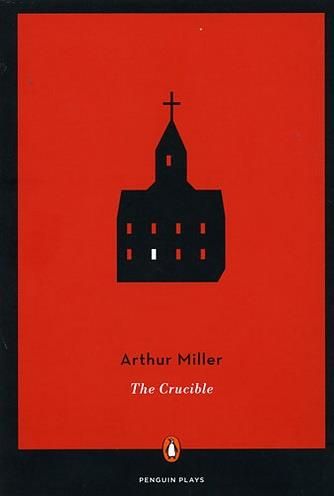 “Based on historical people and real events, Arthur Miller’s play uses the destructive power of socially sanctioned violence unleashed by the rumors of witchcraft as a powerful parable about McCarthyism.”

2. Tuesdays with Morrie by Mitch Albom 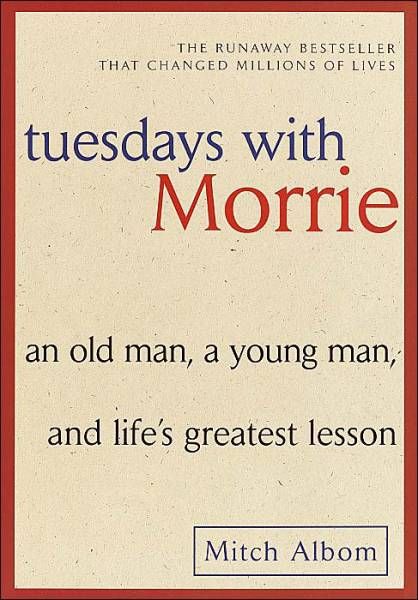 “Maybe it was a grandparent, or a teacher, or a colleague. Someone older, patient and wise, who understood you when you were young and searching, helped you see the world as a more profound place, gave you sound advice to help you make your way through it.

“For Mitch Albom, that person was Morrie Schwartz, his college professor from nearly twenty years ago.

“Maybe, like Mitch, you lost track of this mentor as you made your way, and the insights faded, and the world seemed colder. Wouldn’t you like to see that person again, ask the bigger questions that still haunt you, receive wisdom for your busy life today the way you once did when you were younger?

“Mitch Albom had that second chance. He rediscovered Morrie in the last months of the older man’s life. Knowing he was dying, Morrie visited with Mitch in his study every Tuesday, just as they used to back in college. Their rekindled relationship turned into one final “class”: lessons in how to live.”

3. The Scarlet Letter by Nathaniel Hawthorne 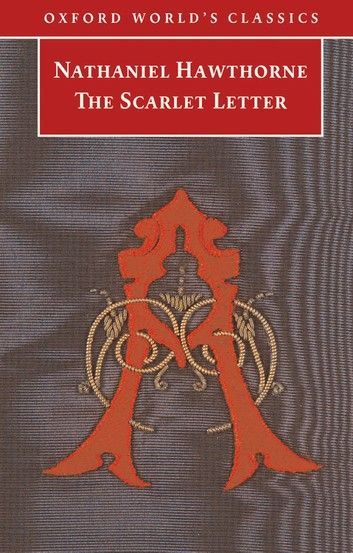 “Set in Puritan Massachusetts Bay Colony during the years 1642 to 1649, the novel tells the story of Hester Prynne, who conceives a daughter through an affair and then struggles to create a new life of repentance and dignity. Containing a number of religious and historic allusions, the book explores themes of legalism, sin, and guilt.” 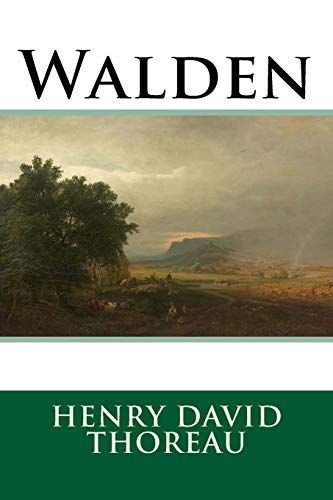 “First published in 1854, it details Thoreau’s experiences over the course of two years, two months, and two days in a cabin he built near Walden Pond, amidst woodland owned by his friend and mentor Ralph Waldo Emerson, near Concord, Massachusetts. The book compresses the time into a single calendar year and uses passages of four seasons to symbolize human development.By immersing himself in nature, Thoreau hoped to gain a more objective understanding of society through personal introspection. Simple living and self-sufficiency were Thoreau’s other goals, and the whole project was inspired by transcendentalist philosophy, a central theme of the American Romantic Period. As Thoreau made clear in his book, his cabin was not in wilderness but at the edge of town, about two miles (3 km) from his family home.” 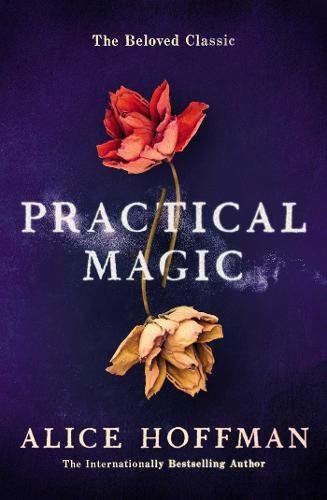 “For more than two hundred years, the Owens women have been blamed for everything that has gone wrong in their Massachusetts town. Gillian and Sally have endured that fate as well: as children, the sisters were forever outsiders, taunted, talked about, pointed at. Their elderly aunts almost seemed to encourage the whispers of witchery, with their musty house and their exotic concoctions and their crowd of black cats. But all Gillian and Sally wanted was to escape. One will do so by marrying, the other by running away. But the bonds they share will bring them back—almost as if by magic…” “A gargantuan, mind-altering comedy about the pursuit of happiness in America. Set in an addicts’ halfway house and a tennis academy, and featuring the most endearingly screwed-up family to come along in recent fiction, Infinite Jest explores essential questions about what entertainment is and why it has come to so dominate our lives; about how our desire for entertainment affects our need to connect with other people; and about what the pleasures we choose say about who we are.” 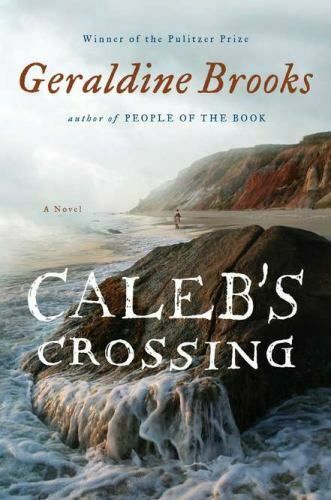 “Bethia Mayfield is a restless and curious young woman growing up in Martha’s vineyard in the 1660s amid a small band of pioneering English Puritans. At age twelve, she meets Caleb, the young son of a chieftain, and the two forge a secret bond that draws each into the alien world of the other. Bethia’s father is a Calvinist minister who seeks to convert the native Wampanoag, and Caleb becomes a prize in the contest between old ways and new, eventually becoming the first Native American graduate of Harvard College. Inspired by a true story and narrated by the irresistible Bethia, Caleb’s Crossing brilliantly captures the triumphs and turmoil of two brave, openhearted spirits who risk everything in a search for knowledge at a time of superstition and ignorance.” 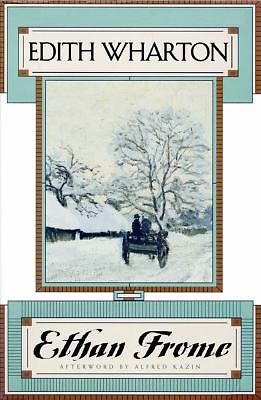 “The classic novel of despair, forbidden emotions, and sexual undercurrents set against the austere New England countryside. Ethan Frome works his unproductive farm and struggles to maintain a bearable existence with his difficult, suspicious and hypochondriac wife, Zeena. But when Zeena’s vivacious cousin enters their household as a hired girl, Ethan finds himself obsessed with her and with the possibilities for happiness she comes to represent.”

9. On Beauty by Zadie Smith 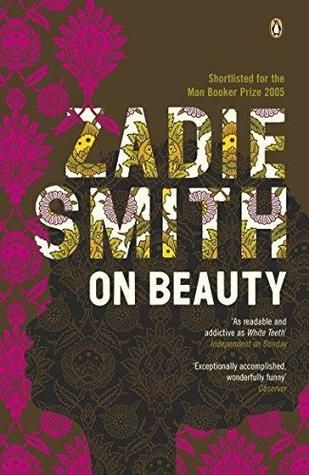 “On Beauty is the story of an interracial family living in the university town of Wellington, Massachusetts, whose misadventures in the culture wars—on both sides of the Atlantic—serve to skewer everything from family life to political correctness to the combustive collision between the personal and the political. Full of dead-on wit and relentlessly funny, this tour de force confirms Zadie Smith’s reputation as a major literary talent.”

10. The Namesake by Jhumpa Lahiri 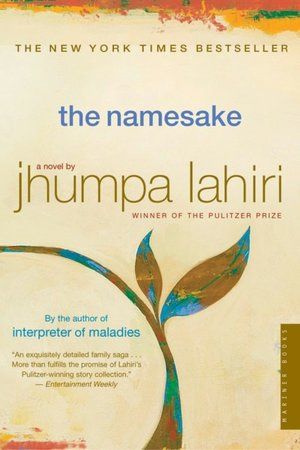 “The Namesake follows the Ganguli family through its journey from Calcutta to Cambridge to the Boston suburbs. Ashima and Ashoke Ganguli arrive in America at the end of the 1960s, shortly after their arranged marriage in Calcutta, in order for Ashoke to finish his engineering degree at MIT. Ashoke is forward-thinking, ready to enter into American culture if not fully at least with an open mind. His young bride is far less malleable. Isolated, desperately missing her large family back in India, she will never be at peace with this new world.

“Soon after they arrive in Cambridge, their first child is born, a boy. According to Indian custom, the child will be given two names: an official name, to be bestowed by the great-grandmother, and a pet name to be used only by family. But the letter from India with the child’s official name never arrives, and so the baby’s parents decide on a pet name to use for the time being. Ashoke chooses a name that has particular significance for him: on a train trip back in India several years earlier, he had been reading a short story collection by one of his most beloved Russian writers, Nikolai Gogol, when the train derailed in the middle of the night, killing almost all the sleeping passengers onboard. Ashoke had stayed awake to read his Gogol, and he believes the book saved his life. His child will be known, then, as Gogol.”

Related: 5 Boston-Based Books and Best Books Set In Every State In America