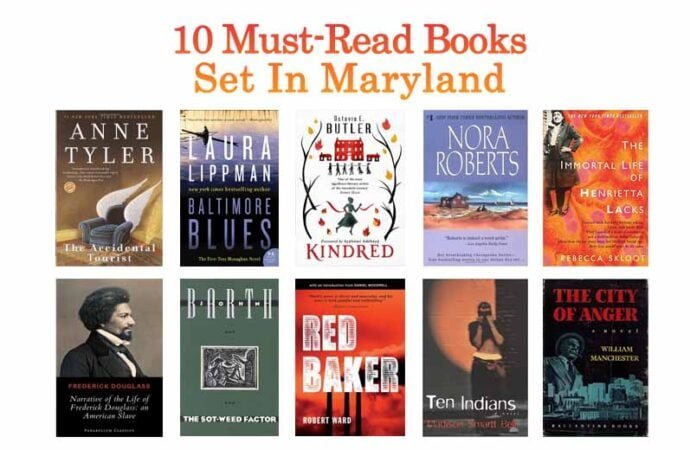 These 10 must-read books set in Maryland include bestselling novels, unputdownable mysteries, and important nonfiction selections. Take a trip to the Old Line State with these books that take place in Maryland.

1. The Accidental Tourist by Anne Tyler 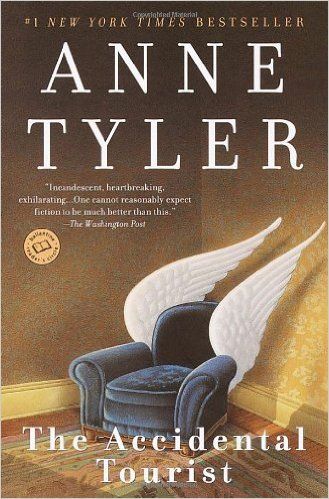 “Travel writer Macon Leary hates travel, adventure, surprises, and anything outside of his routine. Immobilized by grief, Macon is becoming increasingly prickly and alone, anchored by his solitude and an unwillingness to compromise his creature comforts. Then he meets Muriel, an eccentric dog trainer too optimistic to let Macon disappear into himself. Despite Macon’s best efforts to remain insulated, Muriel up-ends his solitary, systemized life, catapulting him into the center of a messy, beautiful love story he never imagined.” 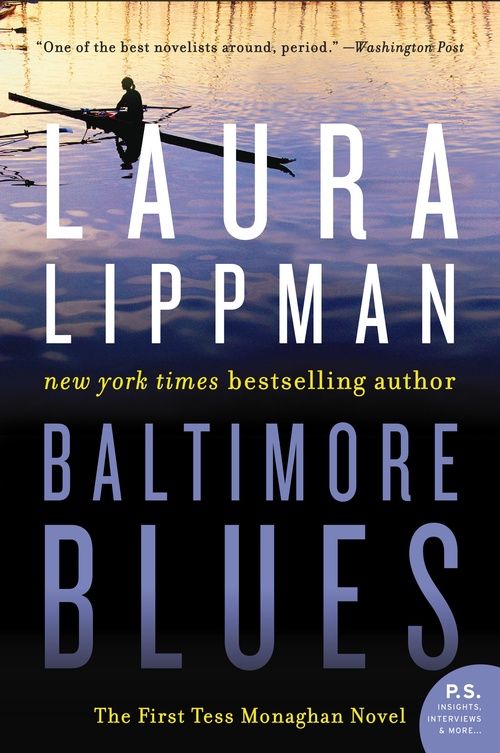 “Until her paper, the Baltimore Star, crashed and burned, Tess Monaghan was a damn good reporter who knew her hometown intimately — from historic Fort McHenry to the crumbling projects of Cherry Hill. Now gainfully unemployed at twenty-nine, she’s willing to take any freelance job to pay the rent — including a bit of unorthodox snooping for her rowing buddy, Darryl “Rock” Paxton.

“In a city where someone is murdered almost everyday, attorney Michael Abramowitz’s death should be just another statistic. But the slain lawyer’s notoriety — and his noontime trysts with Rock’s fiancee — make the case front page news…and points to Rock as the likely murderer. But trying to prove her friend’s innocence couls prove costly to Tess — and add her name to that infamous ever-growing list.” 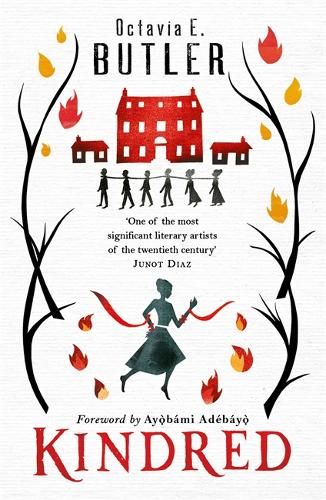 “Dana, a modern black woman, is celebrating her twenty-sixth birthday with her new husband when she is snatched abruptly from her home in California and transported to the antebellum South. Rufus, the white son of a plantation owner, is drowning, and Dana has been summoned to save him. Dana is drawn back repeatedly through time to the slave quarters, and each time the stay grows longer, more arduous, and more dangerous until it is uncertain whether or not Dana’s life will end, long before it has a chance to begin.”

4. The Chesapeake Series by Nora Roberts 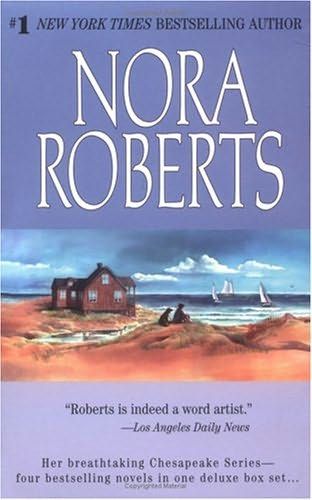 “The lives and loves of the four Quinn brothers—Cameron, Ethan, Phillip, and Seth—take center stage in this captivating saga set on the windswept shores of the Chesapeake Bay.”

5. The Immortal Life of Henrietta Lacks by Rebecca Skloot 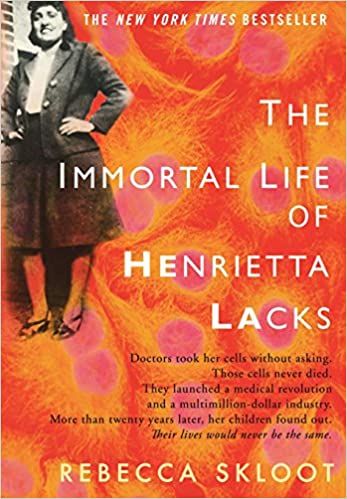 “Her name was Henrietta Lacks, but scientists know her as HeLa. She was a poor Southern tobacco farmer who worked the same land as her slave ancestors, yet her cells—taken without her knowledge—became one of the most important tools in medicine: The first “immortal” human cells grown in culture, which are still alive today, though she has been dead for more than sixty years. HeLa cells were vital for developing the polio vaccine; uncovered secrets of cancer, viruses, and the atom bomb’s effects; helped lead to important advances like in vitro fertilization, cloning, and gene mapping; and have been bought and sold by the billions. Yet Henrietta Lacks remains virtually unknown, buried in an unmarked grave.” 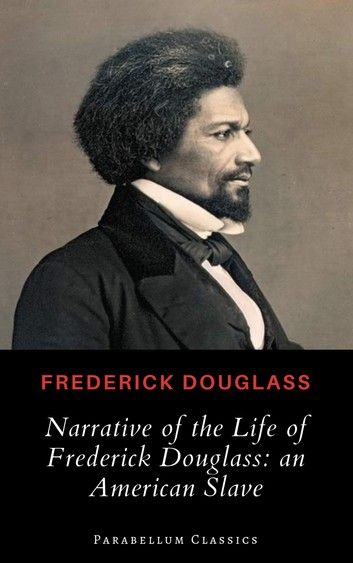 “Born a slave circa 1818 (slaves weren’t told when they were born) on a plantation in Maryland, Douglass taught himself to read and write. This book calmly but dramatically recounts the horrors and the accomplishments of his early years—the daily, casual brutality of the white masters; his painful efforts to educate himself; his decision to find freedom or die; and his harrowing but successful escape.”

7. The Sot-Weed Factor by John Barth 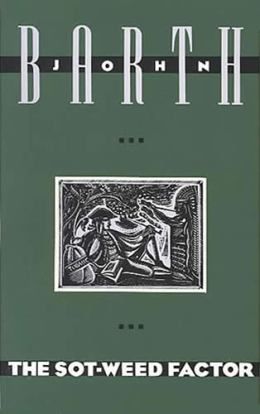 “This is Barth’s most distinguished masterpiece. This modern classic is a hilarious tribute to all the most insidious human vices, with a hero who is ‘one of the most diverting…to roam the world since Candide’ (Time). 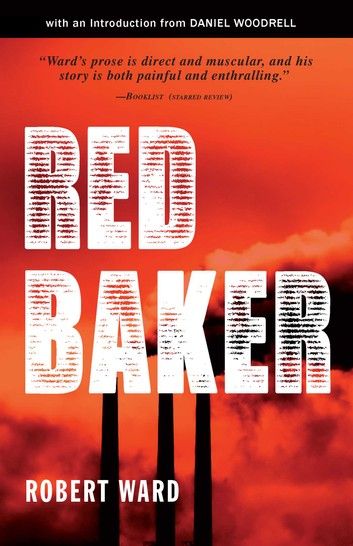 “When Red Baker, a Larmel steel worker in Baltimore, Maryland, gets laid off from his job he goes crazy: boozing, attempted philandering, running away from his future. Filled with unforgettable characters from Red’s angry but loyal wife, Wanda; his basketball-star son, Ace; his lifelong friend Dog, a casualty of the layoff; and Crystal, the go-go dancer at Lily’s bar who embodies Red’s fantasies of escape. Red Baker is a classic American novel about a man with no identity who tries to replace the one he’s lost.” “When child psychologist Mike Devlin opens a Tae Kwon Do school near the Baltimore housing projects, the brutality of the streets, a series of violent deaths, and deadly misunderstandings shock him into seeing how minimal his influence in life has been.”

10. The City of Anger by William Manchester 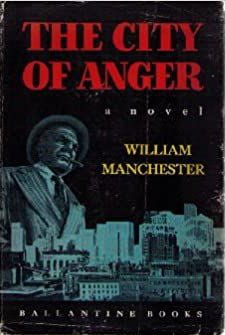 “As politicians and criminals jockey for power in a large American city, members of the white social aristocracy as well as ghetto Blacks search for an escape from their worlds of frustration and desperation.”