These 10 must-read books set in Maine feature national bestsellers, Pulitzer Prize winning fiction, and a variety of books by America’s favorite horror writer. Take a trip to the Pine Tree State with these books that take place in Maine. 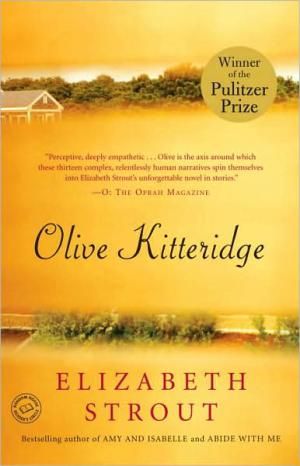 “At times stern, at other times patient, at times perceptive, at other times in sad denial, Olive Kitteridge, a retired schoolteacher, deplores the changes in her little town of Crosby, Maine, and in the world at large, but she doesn’t always recognize the changes in those around her: a lounge musician haunted by a past romance; a former student who has lost the will to live; Olive’s own adult child, who feels tyrannized by her irrational sensitivities; and her husband, Henry, who finds his loyalty to his marriage both a blessing and a curse.

“As the townspeople grapple with their problems, mild and dire, Olive is brought to a deeper understanding of herself and her life—sometimes painfully, but always with ruthless honesty. Olive Kitteridge offers profound insights into the human condition—its conflicts, its tragedies and joys, and the endurance it requires.” 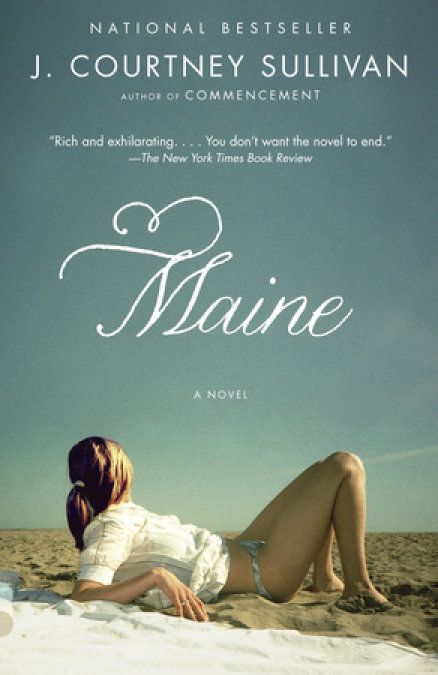 “For the Kellehers, Maine is a place where children run in packs, showers are taken outdoors, and old Irish songs are sung around a piano. As three generations of Kelleher women arrive at the family’s beach house, each brings her own hopes and fears. Maggie is thirty-two and pregnant, waiting for the perfect moment to tell her imperfect boyfriend the news; Ann Marie, a Kelleher by marriage, is channeling her domestic frustration into a dollhouse obsession and an ill-advised crush; Kathleen, the black sheep, never wanted to set foot in the cottage again; and Alice, the matriarch at the center of it all, would trade every floorboard for a chance to undo the events of one night, long ago.” 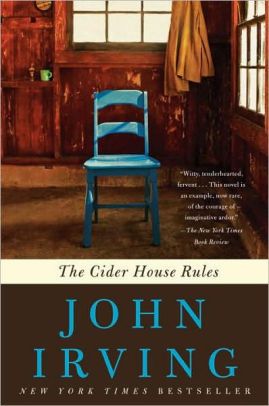 “First published in 1985, The Cider House Rules is set in rural Maine in the first half of the twentieth century. The novel tells the story of Dr. Wilbur Larch—saint and obstetrician, founder and director of the orphanage in the town of St. Cloud’s, ether addict and abortionist. This is also the story of Dr. Larch’s favorite orphan, Homer Wells, who is never adopted.” 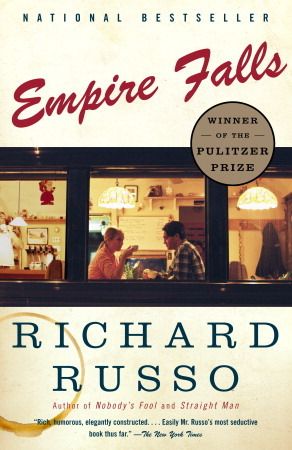 “Miles Roby has been slinging burgers at the Empire Grill for 20 years, a job that cost him his college education and much of his self-respect. What keeps him there? It could be his bright, sensitive daughter Tick, who needs all his help surviving the local high school. Or maybe it’s Janine, Miles’ soon-to-be ex-wife, who’s taken up with a noxiously vain health-club proprietor. Or perhaps it’s the imperious Francine Whiting, who owns everything in town–and seems to believe that “everything” includes Miles himself. In Empire Falls Richard Russo delves deep into the blue-collar heart of America in a work that overflows with hilarity, heartache, and grace.”

5. The Guest Book by Sarah Blake 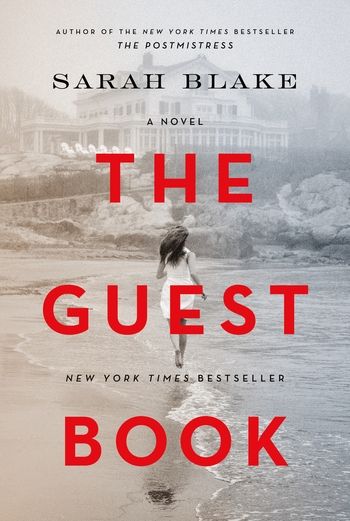 “An exquisitely written, poignant family saga that illuminates the great divide, the gulf that separates the rich and poor, black and white, Protestant and Jew. Spanning three generations, The Guest Book deftly examines the life and legacy of one unforgettable family as they navigate the evolving social and political landscape from Crockett’s Island, their family retreat off the coast of Maine. Blake masterfully lays bare the memories and mistakes each generation makes while coming to terms with what it means to inherit the past.” 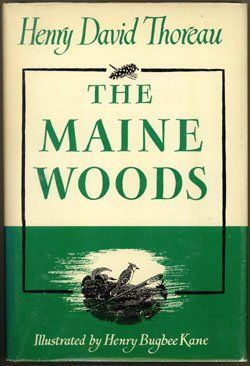 “Over a period of three years, Thoreau made three trips to the largely unexplored woods of Maine. He climbed mountains, paddled a canoe by moonlight, and dined on cedar beer, hemlock tea and moose lips. Taking notes constantly, Thoreau was just as likely to turn his observant eye to the habits and languages of the Abnaki Indians or the arduous life of the logger as he was to the workings of nature. He acutely observed the rivers, lakes, mountains, wolves, moose, and stars in the dark sky. He also told of nights sitting by the campfire, and of meeting men who communicated with each other by writing on the trunks of trees. In The Maine Woods, Thoreau captured a wilder side of America and revealed his own adventurous spirit.”

7. The Weight of Water by Anita Shreve 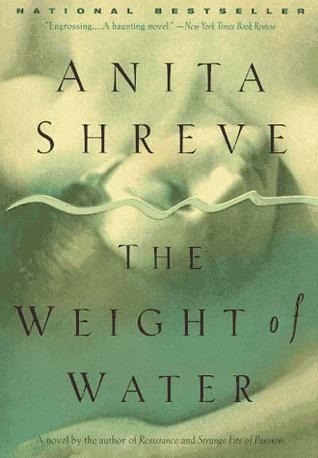 “Everywhere hailed for its beauty and power, The Weight of Water takes us on an unforgettable journey through the furthest extremes of emotion.”

8. The Beans of Egypt, Maine by Carolyn Chute 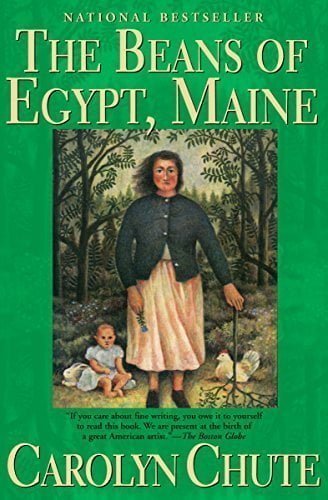 “In The Beans of Egypt, Maine, Carolyn Chute—whose jobs included waitress, chicken factory worker, and hospital floor scrubber before gaining renown as a prize-winning novelist—creates ‘a fictional world so vivid and compelling that one feels at a loss when it ends. The Beans belong with the Snopes clan of Faulkner’s Yoknapatawpha County, with Erskine Caldwell’s white Southerners, and with the rural blacks of Alice Walker’s The Color Purple‘” (San Jose Mercury News). 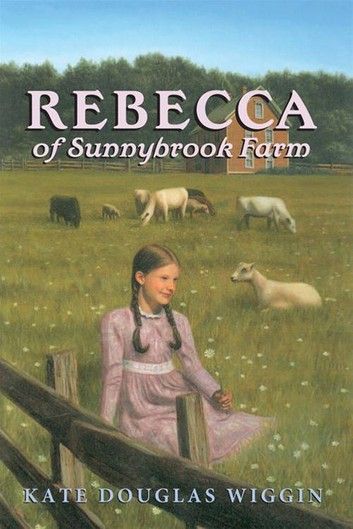 “Rebecca of Sunnybrook Farm is a classic American 1903 children’s novel by Kate Douglas Wiggin that tells the story of Rebecca Rowena Randall and her two stern aunts in the village of Riverboro, Maine. Rebecca’s joy for life inspires her aunts, but she faces many trials in her young life, gaining wisdom and understanding.”

10. The Long Walk by Stephen King 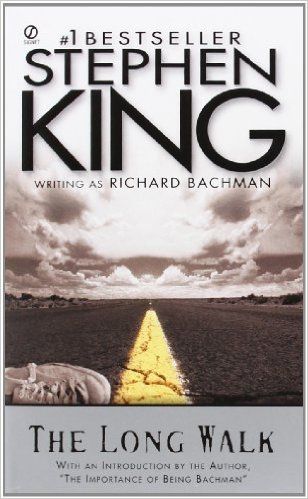 In the near future, when America has become a police state, one hundred boys are selected to enter an annual contest where the winner will be awarded whatever he wants for the rest of his life. Among them is sixteen-year-old Ray Garraty, and he knows the rules—keep a steady walking pace of four miles per hour without stopping. Three warnings and you’re out—permanently.