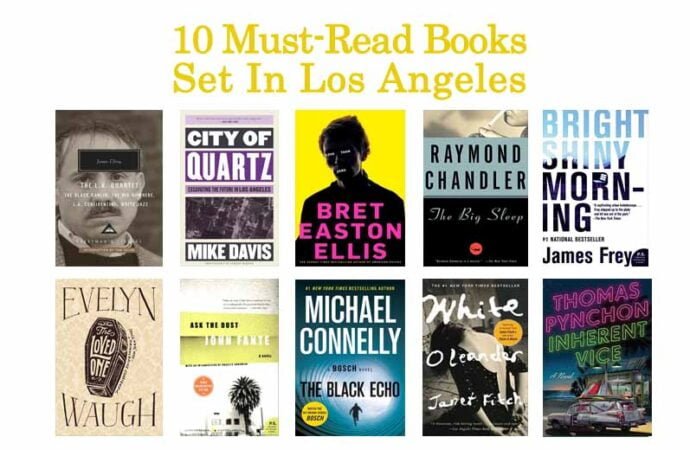 These must-read books set in Los Angeles include bestselling mystery series spanning throughout the decades and offering an intimate look at L.A., plus nonfiction, modern classics, and contemporary fiction about the City of Angels. Visit La-La Land and The Entertainment Capital of the World with these books that take place in Los Angeles. 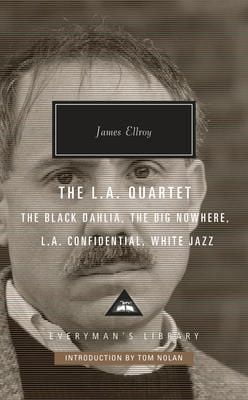 “Here in one volume is James Ellroy’s first great body of work, an epic re-envisioning of postwar Los Angeles–etched in red and black and film-noir grays. The Black Dahlia depicts the secret infrastructure of L.A.’s most sensational murder case. The Big Nowhere blends the crime novel and the political novel. L.A. Confidential is the great novel of Los Angeles in the 1950s. White Jazz gives us the tortured confession of a corrupt cop going down for the count.”

2. City of Quartz by Mike Davis 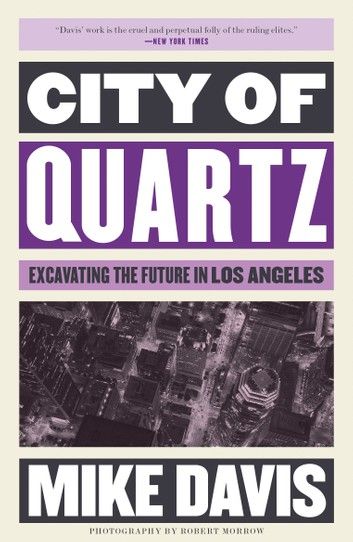 “No metropolis has been more loved or more hated. To its official boosters, “Los Angeles brings it all together.” To detractors, L.A. is a sunlit mortuary where “you can rot without feeling it.” To Mike Davis, the author of this fiercely elegant and wide- ranging work of social history, Los Angeles is both utopia and dystopia, a place where the last Joshua trees are being plowed under to make room for model communities in the desert, where the rich have hired their own police to fend off street gangs, as well as armed Beirut militias.

“In City of Quartz, Davis reconstructs L.A.’s shadow history and dissects its ethereal economy. He tells us who has the power and how they hold on to it. He gives us a city of Dickensian extremes, Pynchonesque conspiracies, and a desperation straight out of Nathaniel West—a city in which we may glimpse our own future mirrored with terrifying clarity. In this new edition, Davis provides a dazzling update on the city’s current status.” 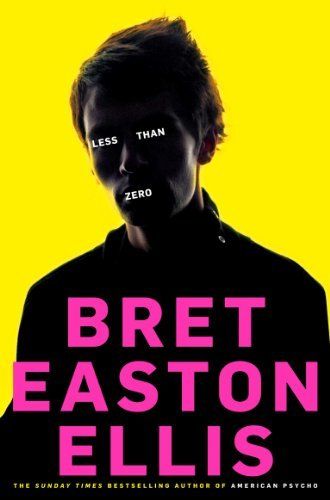 “Set in Los Angeles in the early 1980s, this coolly mesmerizing novel—now a timeless classic—is a raw, powerful portrait of a lost generation who have experienced sex, drugs, and disaffection at too early an age.” 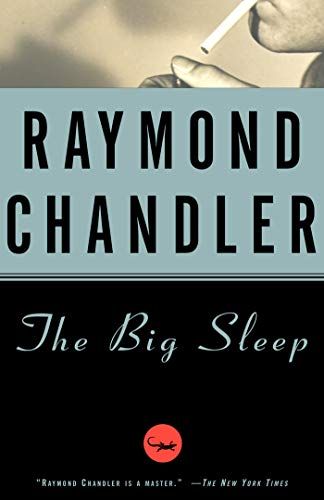 About the first book in the series: “A dying millionaire hires private eye Philip Marlowe to handle the blackmailer of one of his two troublesome daughters, and Marlowe finds himself involved with more than extortion. Kidnapping, pornography, seduction, and murder are just a few of the complications he gets caught up in.” 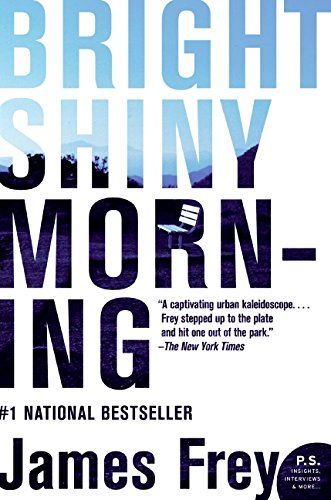 “One of the most celebrated and controversial authors in America delivers an extraordinary novel—a sweeping chronicle of contemporary Los Angeles that is bold, exhilarating, and utterly original. Dozens of characters pass through the reader’s sight lines—some never to be seen again—but James Frey lingers on a handful of LA’s lost souls and captures the dramatic narrative of their lives. A dazzling tour de force, Bright Shiny Morning illuminates the joys, horrors, and unexpected fortunes of life and death in Los Angeles.”

6. The Loved One by Evelyn Waugh “Following the death of a friend, the poet and pets’ mortician Dennis Barlow finds himself entering the artificial Hollywood paradise of the Whispering Glades Memorial Park. Within its golden gates, death, American-style, is wrapped up and sold like a package holiday–and Dennis gets drawn into a bizarre love triangle with Aimée Thanatogenos, a naïve Californian corpse beautician, and Mr. Joyboy, a master of the embalmer’s art. Waugh’s dark and savage satire depicts a world where reputation, love, and death cost a very great deal.”

7. Ask the Dust by John Fante 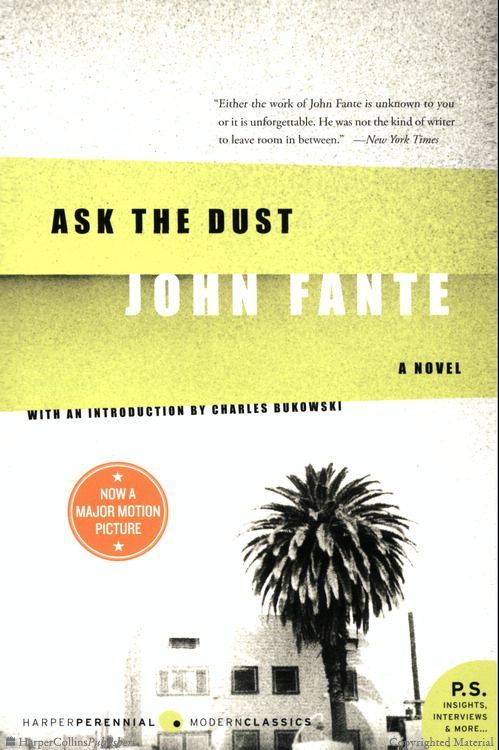 “Ask the Dust is a virtuoso performance by an influential master of the twentieth-century American novel. It is the story of Arturo Bandini, a young writer in 1930s Los Angeles who falls hard for the elusive, mocking, unstable Camilla Lopez, a Mexican waitress. Struggling to survive, he perseveres until, at last, his first novel is published. But the bright light of success is extinguished when Camilla has a nervous breakdown and disappears . . . and Bandini forever rejects the writer’s life he fought so hard to attain.” 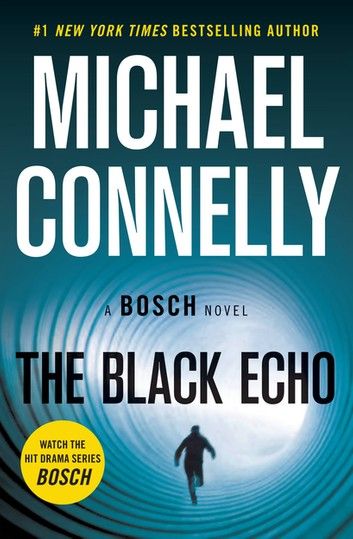 About the first book in the series: “For maverick LAPD homicide detective Harry Bosch, the body in the drainpipe at Mulholland Dam is more than another anonymous statistic. This one is personal . . . because the murdered man was a fellow Vietnam “tunnel rat” who had fought side by side with him in a hellish underground war. Now Bosch is about to relive the horror of Nam. From a dangerous maze of blind alleys to a daring criminal heist beneath the city, his survival instincts will once again be tested to their limit. Pitted against enemies inside his own department and forced to make the agonizing choice between justice and vengeance, Bosch goes on the hunt for a killer whose true face will shock him.” 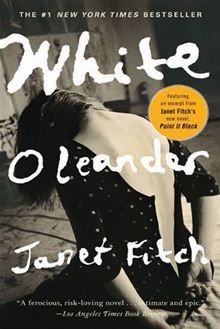 “Everywhere hailed as a novel of rare beauty and power, White Oleander tells the unforgettable story of Ingrid, a brilliant poet imprisoned for murder, and her daughter, Astrid, whose odyssey through a series of Los Angeles foster homes-each its own universe, with its own laws, its own dangers, its own hard lessons to be learned-becomes a redeeming and surprising journey of self-discovery.” 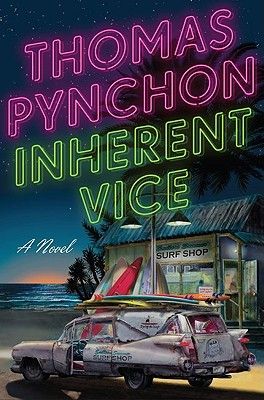 “In this lively yarn, Thomas Pynchon, working in an unaccustomed genre that is at once exciting and accessible, provides a classic illustration of the principle that if you can remember the sixties, you weren’t there.

“It’s been a while since Doc Sportello has seen his ex- girlfriend. Suddenly she shows up with a story about a plot to kidnap a billionaire land developer whom she just happens to be in love with. It’s the tail end of the psychedelic sixties in L.A., and Doc knows that “love” is another of those words going around at the moment, like ‘trip’ or ‘groovy,’ except that this one usually leads to trouble. Undeniably one of the most influential writers at work today, Pynchon has penned another unforgettable book.”