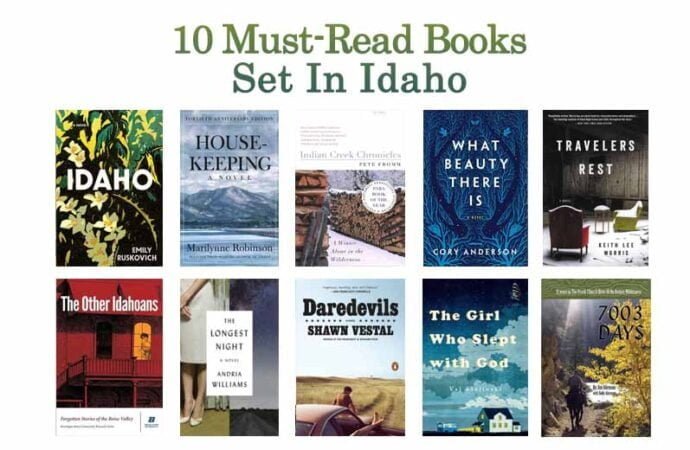 Get to know the Gem State with these 10 must-read books set in Idaho. If you haven’t already, then add these books that take place in Idaho to your TBR list.

1. Idaho: A Novel by Emily Ruskovich “Ann and Wade have carved out a life for themselves from a rugged landscape in northern Idaho, where they are bound together by more than love. With her husband’s memory fading, Ann attempts to piece together the truth of what happened to Wade’s first wife, Jenny, and to their daughters. In a story written in exquisite prose and told from multiple perspectives—including Ann, Wade, and Jenny, now in prison—we gradually learn of the mysterious and shocking act that fractured Wade and Jenny’s lives, of the love and compassion that brought Ann and Wade together, and of the memories that reverberate through the lives of every character in Idaho.”

2. Housekeeping: A Novel by Marilynne Robinson 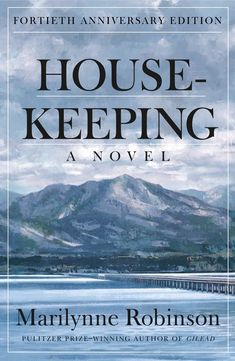 “The family house is in the small town of Fingerbone on a glacial lake in the Far West, the same lake where their grandfather died in a spectacular train wreck and their mother drove off a cliff to her death. It is a town ‘chastened by an outsized landscape and extravagant weather, and chastened again by an awareness that the whole of human history had occurred elsewhere.'”

3. Indian Creek Chronicles: A Winter Alone in the Wilderness by Pete Fromm 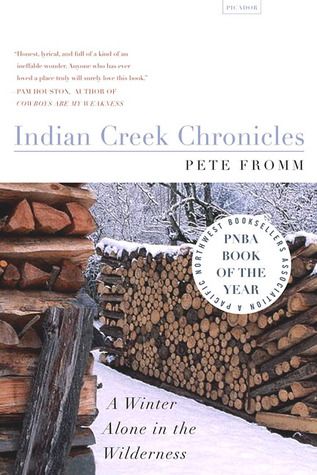 “Indian Creek Chronicles is Pete Fromm’s account of seven winter months spent alone in a tent in Idaho guarding salmon eggs and coming face to face with the blunt realities of life as a contemporary mountain man. A gripping story of adventure and a modern-day Walden, this contemporary classic established Fromm as one of the West’s premier voices.”

4. What Beauty There Is: A Novel by Cory Anderson 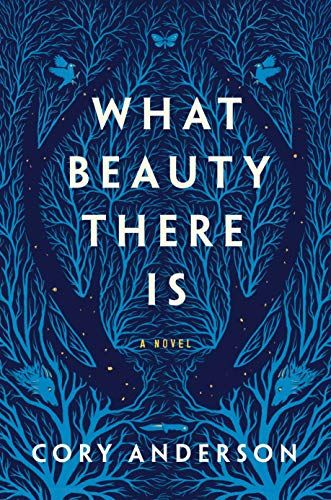 “Winter in Idaho. The sky is dark. It is cold enough to crack bones. Living in harsh poverty, Jack Dahl is holding his breath. He and his younger brother have nothing―except each other. With his father incarcerated and his mother addicted to opiods, Jack faces a stark choice: lose his brother to foster care or find the drug money that sent his father to prison. He chooses the money. Ava Bardem lives in isolation, a life of silence. For seventeen years Ava’s father, an abusive and merciless man, has controlled her fate. He has taught her to love no one. Now Victor Bardem is stalking the same money as Jack. When he picks up on Jack’s trail, Ava must make her own wrenching choice: remain silent or speak, and help the brothers survive.” 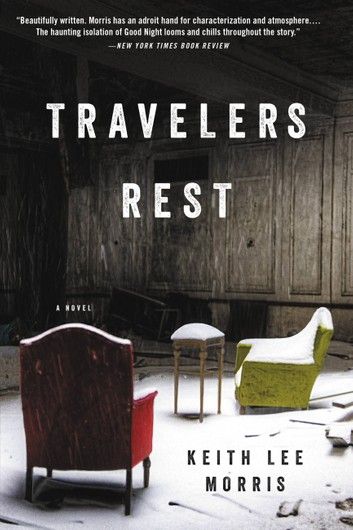 “The Addisons — Julia and Tonio, ten-year-old Dewey, and derelict Uncle Robbie — are driving home, cross-country, after collecting Robbie from yet another trip to rehab. When a terrifying blizzard strikes outside the town of Good Night, Idaho, they seek refuge in the town at the Travelers Rest, a formerly opulent but now crumbling and eerie hotel where the physical laws of the universe are bent.”

6. The Other Idahoans by Todd Shallat 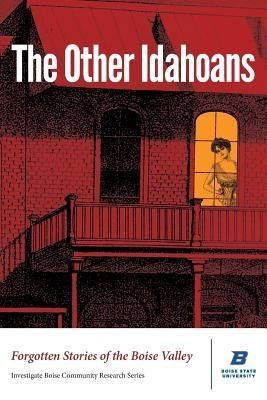 “Fallen angels in the bawdy houses. Migrants barred from Main Street. Homesteaders driven from homesteads when August rained black storms of dust. The Other Idahoans recovers their hard-luck stories. Volume 7 of Boise State University’s prizewinning research series, the book closes with a driving tour of storied places from history’s underside.”

7. The Longest Night: A Novel by Andria Williams 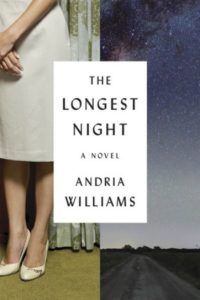 “Based on a true story of the only fatal nuclear accident to occur in America, The Longest Night is a deeply moving novel that explores the intricate makeup of a marriage, the shifting nature of trust, and the ways we try to protect the ones we love.”

8. Daredevils: A Novel by Shawn Vestal 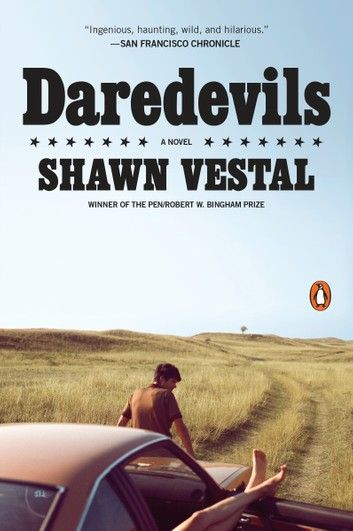 “At the heart of this exciting debut novel, set in Arizona and Idaho in the mid-1970s, is fifteen-year-old Loretta, who slips out of her bedroom every evening to meet her so-called gentile boyfriend. Her strict Mormon parents catch her returning one night, and promptly marry her off to Dean Harder, a devout yet materialistic fundamentalist who already has a wife and a brood of kids. The Harders relocate to his native Idaho, where Dean’s teenage nephew Jason falls hard for Loretta. A Zeppelin and Tolkien fan, Jason worships Evel Knievel and longs to leave his close-minded community. He and Loretta make a break for it. They drive all night, stay in hotels, and relish their dizzying burst of teenage freedom as they seek to recover Dean’s cache of “Mormon gold.” But someone Loretta left behind is on their trail…”

9. The Girl Who Slept with God: A Novel by Val Brelinski 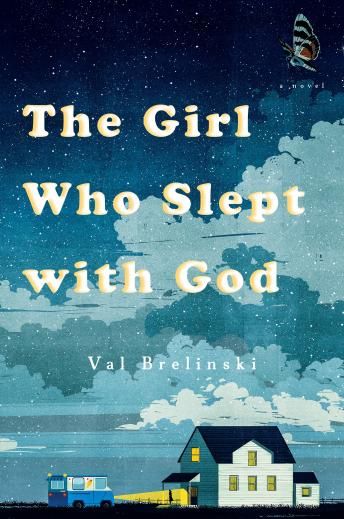 “Set in Arco, Idaho, in 1970, Val Brelinski’s powerfully affecting first novel tells the story of three sisters: young Frances, gregarious and strong-willed Jory, and moral-minded Grace. Their father, Oren, is a respected member of the community and science professor at the local college. Yet their mother’s depression and Grace’s religious fervor threaten the seemingly perfect family, whose world is upended when Grace returns from a missionary trip to Mexico and discovers she’s pregnant with—she believes—the child of God.”

10. 7003 Days: 21 Years in the Frank Church River of No Return Wilderness by Jim Akenson 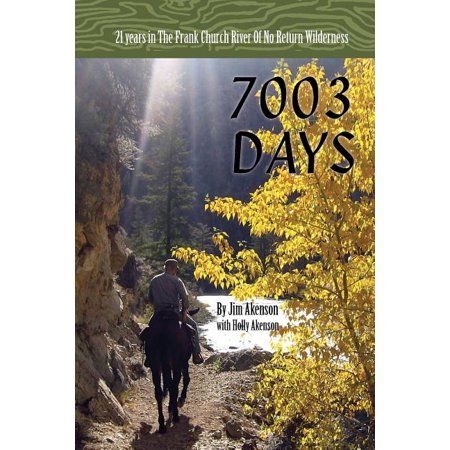 “Deep in the Idaho wilderness the last vestiges of Old Idaho linger. In 1982, an eager young couple seeking adventure and challenge, Jim and Holley Akenson, moved to a log cabin in the back country to manage Taylor Ranch, the University of Idaho’s wilderness research station. In 7003 Days, Jim describes their encounters with wildlife and nature: tracking wolves and cougars, using mules for transportation and ranch work, and introducing university students to life in the rugged Salmon River Mountains of Central Idaho.”