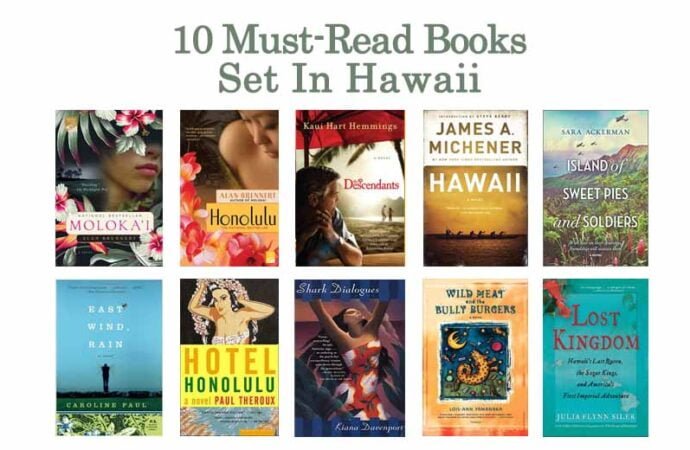 These 10 must-read books set in Hawaii will transport you to the lush and beautiful Hawaiian Islands, even if you’ve never before been to Honolulu or Hilo. From Oahu to the Big Island and Moloka’i to Niʻihau, if you haven’t already, you should add these books that take place in Hawaii on your TBR list.

1. Moloka’i and Daughter of Moloka’i by Alan Brennert 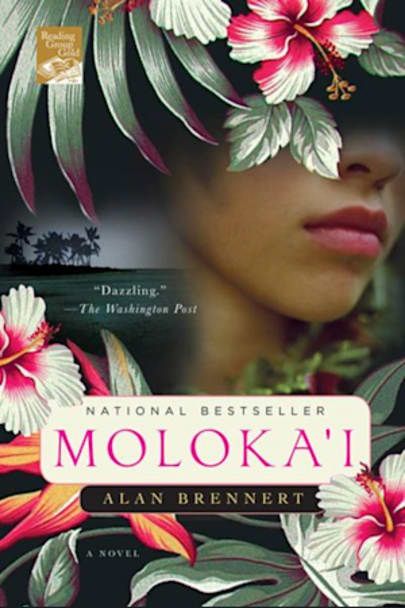 “Rachel Kalama, a spirited seven-year-old Hawaiian girl, dreams of visiting far-off lands like her father, a merchant seaman. Then one day a rose-colored mark appears on her skin, and those dreams are stolen from her. Taken from her home and family, Rachel is sent to Kalaupapa, the quarantined leprosy settlement on the island of Moloka’i. Here her life is supposed to end—but instead she discovers it is only just beginning.” 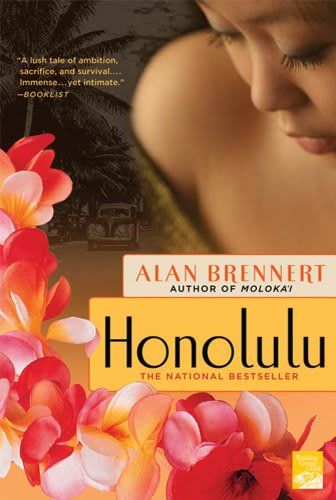 “Instead of the affluent young husband and chance at an education that she has been promised, she is quickly married off to a poor, embittered laborer who takes his frustrations out on his new wife. Renaming herself Jin, she makes her own way in this strange land, finding both opportunity and prejudice. With the help of three of her fellow picture brides, Jin prospers along with her adopted city, now growing from a small territorial capital into the great multicultural city it is today. But paradise has its dark side, whether it’s the daily struggle for survival in Honolulu’s tenements, or a crime that will become the most infamous in the islands’ history…”

3. The Descendants by Kaui Hart Hemmings 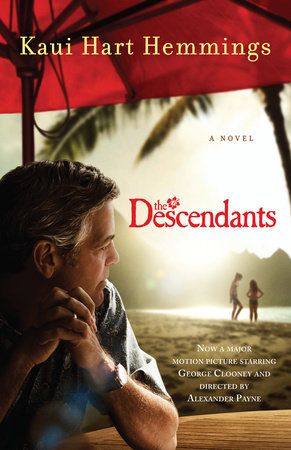 “Narrated in a bold, fearless, unforgettable voice and set against the lush, panoramic backdrop of Hawaii, The Descendants is a stunning debut novel about an unconventional family forced to come together and re-create its own legacy.”

4. Hawaii: A Novel by James A. Michener 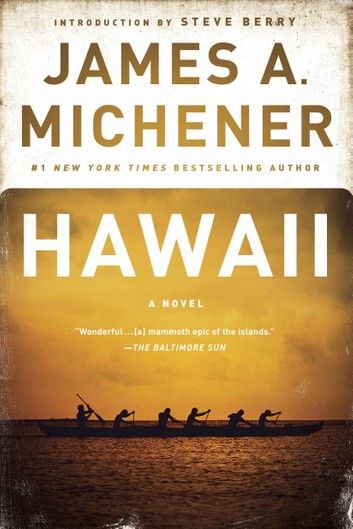 “Pulitzer Prize–winning author James A. Michener brings Hawaii’s epic history vividly to life in a classic saga that has captivated readers since its initial publication in 1959. As the volcanic Hawaiian Islands sprout from the ocean floor, the land remains untouched for centuries—until, little more than a thousand years ago, Polynesian seafarers make the perilous journey across the Pacific, flourishing in this tropical paradise according to their ancient traditions. Then, in the early nineteenth century, American missionaries arrive, bringing with them a new creed and a new way of life. Based on exhaustive research and told in Michener’s immersive prose, Hawaii is the story of disparate peoples struggling to keep their identity, live in harmony, and, ultimately, join together.”

5. Island of Sweet Pies and Soldiers by Sara Ackerman 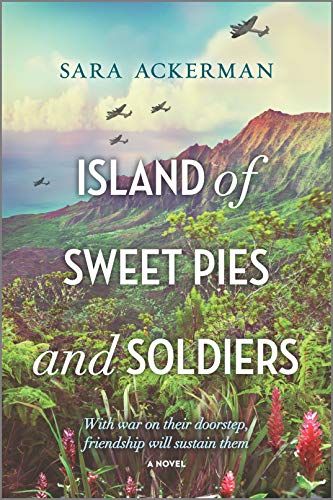 “A close-up look at how wartime chaos affects a tight-knit group of women living on Hawaii in 1944 at the height of Pacific combat…. [Violet’s] journey overcoming her trials and grief through friendship, family, and romance is a story of strength and perseverance.”—Booklist 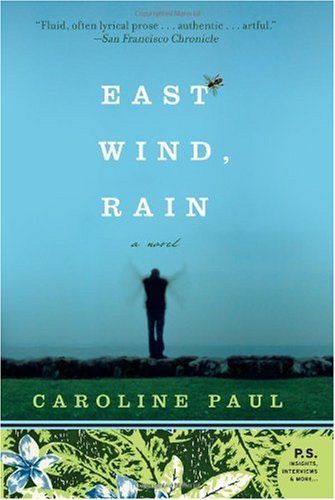 “December 1941. The inhabitants of Niihau lead a simple life. Mostly Hawaiian natives, they work the ranch of Niihau’s eccentric haole owner, who keeps his island totally isolated from the outside world, devoid of cars, phones, and electricity. But then a plane crash-lands there, and although the villagers rescue the pilot, they have no idea that he has just attacked Pearl Harbor. War has now come to Eden, slowly undoing its tranquillity, widening the cracks in the already troubled marriage of Irene and Yoshio Harada, the island’s only Japanese-American couple. It will test everyone’s loyalties and all they believe in . . . as Paradise, once within reach, slowly falls victim to its own isolated innocence.” 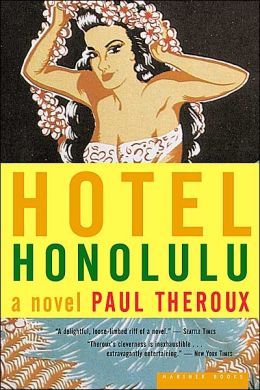 “In this wickedly satiric romp, Paul Theroux captures the essence of Hawaii as it has never been depicted. The novel’s narrator, a down-on-his-luck writer, escapes to Waikiki and soon finds himself the manager of the Hotel Honolulu, a low-rent establishment a few blocks off the beach. Honeymooners, vacationers, wanderers, mythomaniacs, soldiers, and families all check in to the hotel. Like the Canterbury pilgrims, every guest has come in search of something — sun, love, happiness, objects of unnameable longing — and everyone has a story. By turns hilarious, ribald, tender, and tragic, HOTEL HONOLULU offers a unique glimpse of the psychological landscape of an American paradise.” 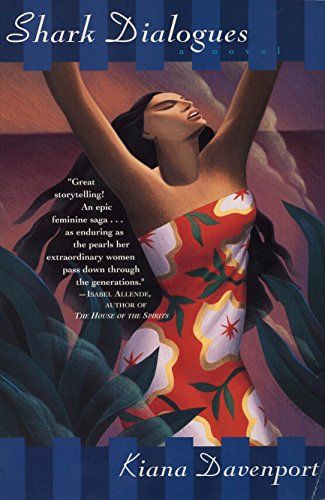 9. Wild Meat and the Bully Burgers by Lois-Ann Yamanaka 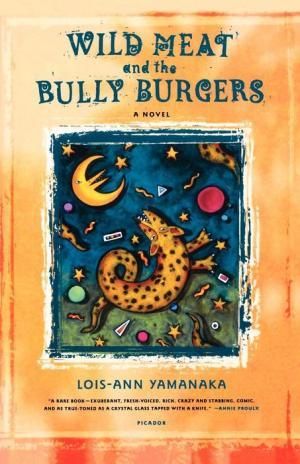 “Her name is Lovey Nariyoshi, and her Hawai’i is not the one of leis, pineapple, and Magnum P.I. In the blue collar town of Hilo, on the Big Island, Lovey and her eccentric Japanese-American family are at the margins of poverty, in the midst of a tropical paradise. With her endearing, effeminate best friend Jerry, Lovey suffers schoolyard bullies, class warfare, Singer sewing classes, and the surprisingly painful work of picking on a macadamia nut plantation, all while trying to find an identity of her own. At once a bitingly funny satire of haole happiness and a moving meditation on what is real, if ugly at times, but true, Wild Meat and the Bully Burgers crackles with the language of pidgin–Hawai’i Creole English–distinguishing one of the most vibrant voices in contemporary culture.” 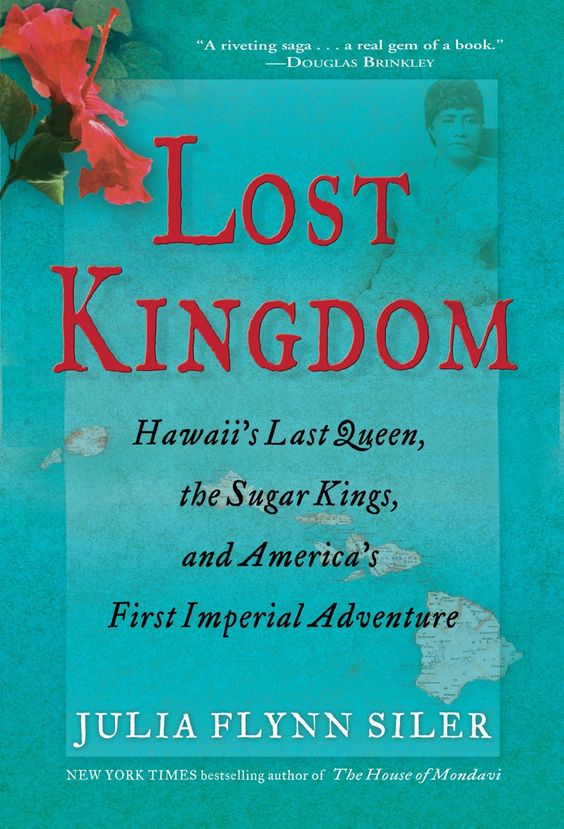 “Deftly weaving together a memorable cast of characters, Lost Kingdom brings to life the clash between a vulnerable Polynesian people and relentlessly expanding capitalist powers. Portraits of royalty and rogues, sugar barons, and missionaries combine into a sweeping tale of the Hawaiian Kingdom’s rise and fall.”