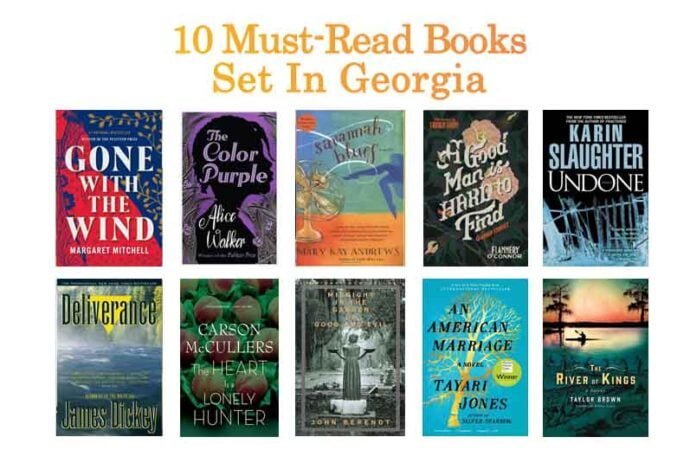 These 10 must-read books set in Georgia, The Peach State, include award-winning fiction, nonfiction, and short story books. Visit Atlanta, Savannah, rural Georgia, and the Altamaha River with these 10 books that take place in Georgia.

1. Gone With the Wind by Margaret Mitchell 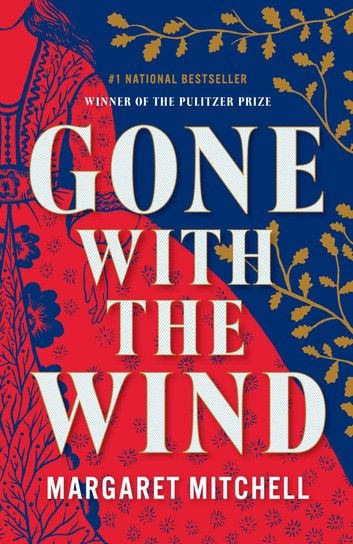 Taking place in the state of Georgia during the American Civil War, “this is the tale of Scarlett O’Hara, the spoiled, manipulative daughter of a wealthy plantation owner, who arrives at young womanhood just in time to see the Civil War forever change her way of life. A sweeping story of tangled passion and courage, in the pages of Gone With the Wind, Margaret Mitchell brings to life the unforgettable characters that have captured readers for over seventy years.”

2. The Color Purple by Alice Walker 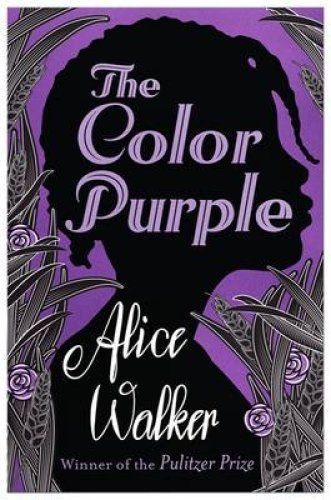 “A powerful cultural touchstone of modern American literature, The Color Purple depicts the lives of African American women in early twentieth-century rural Georgia. Separated as girls, sisters Celie and Nettie sustain their loyalty to and hope in each other across time, distance and silence. Through a series of letters spanning twenty years, first from Celie to God, then the sisters to each other despite the unknown, the novel draws readers into its rich and memorable portrayals of Celie, Nettie, Shug Avery and Sofia and their experience.” 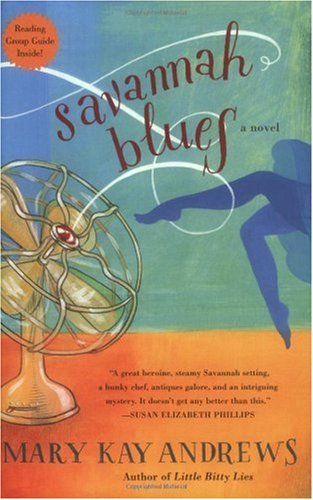 “In Mary Kay Andrews’s delectable New York Times bestseller, Savannah Blues, readers will feel the sultry Georgia breezes and taste sea salt in the air, as they lose themselves in a wonderful, witty tale brimming with sass and peopled by a richly endearing cast of delightfully eccentric characters. Revenge is sweeter than sweet in Mary Kay’s capable hands, and readers of Fannie Flagg, Adriana Trigiani, Emily Giffin, Rebecca Wells, and Jill Conner Browne will definitely want to spend some quality time in Savannah.”

4. A Good Man Is Hard to Find and Other Stories by Flannery O’Connor 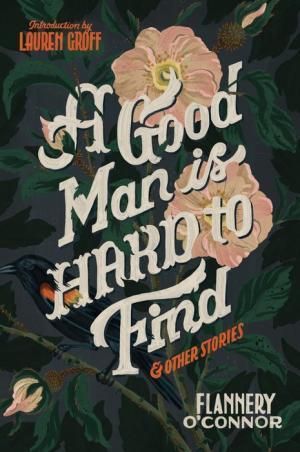 “In 1955, with this short story collection, Flannery O’Connor firmly laid claim to her place as one of the most original and provocative writers of her generation. Steeped in a Southern Gothic tradition that would become synonymous with her name, these stories show O’Connor’s unique view of life—infused with religious symbolism, haunted by apocalyptic possibility, sustained by the tragic comedy of human behavior, confronted by the necessity of salvation.”

5. Undone: A Novel by Karin Slaughter 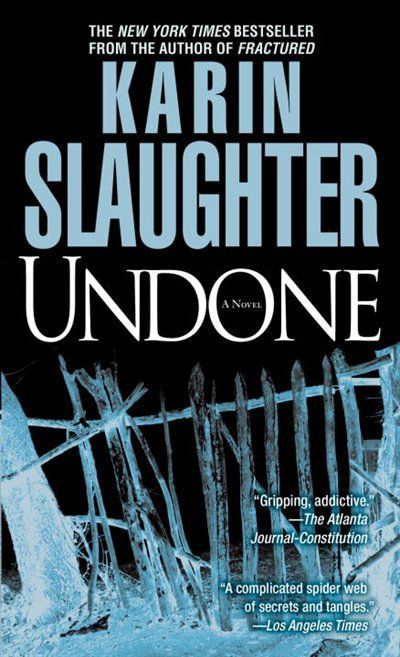 “In the trauma center of Atlanta’s busiest hospital, Sara Linton treats the city’s poor, wounded, and unlucky—and finds refuge from the tragedy that rocked her life in rural Grant County. Then, in one instant, Sara is thrust into a frantic police investigation, coming face-to-face with a tall driven detective and his quiet female partner…. In Undone, three unforgettable characters from Karin Slaughter’s New York Times bestselling novels Faithless and Fractured collide for the first time, entering an electrifying race against the clock—and a duel with unspeakable human evil.” 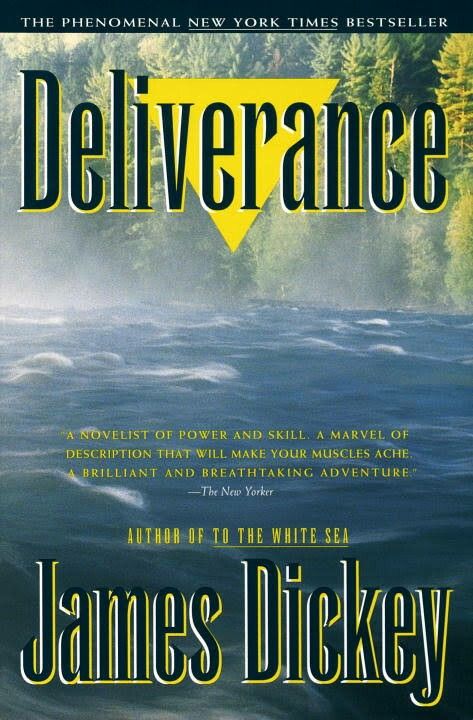 7. The Heart is a Lonely Hunter by Carson McCullers 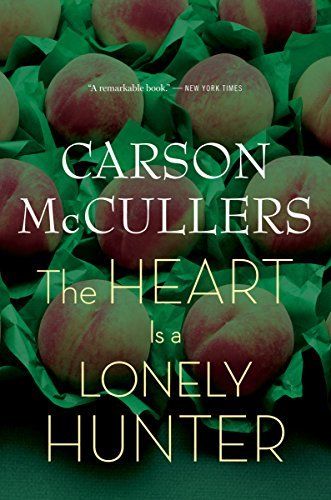 “At its center is the deaf-mute John Singer, who becomes the confidant for various types of misfits in a Georgia mill town during the 1930s. Each one yearns for escape from small town life. When Singer’s mute companion goes insane, Singer moves into the Kelly house, where Mick Kelly, the book’s heroine (and loosely based on McCullers), finds solace in her music. Wonderfully attuned to the spiritual isolation that underlies the human condition, and with a deft sense for racial tensions in the South, McCullers spins a haunting, unforgettable story that gives voice to the rejected, the forgotten, and the mistreated—and, through Mick Kelly, gives voice to the quiet, intensely personal search for beauty.”

8. Midnight in the Garden of Good and Evil: A Savannah Story by John Berendt 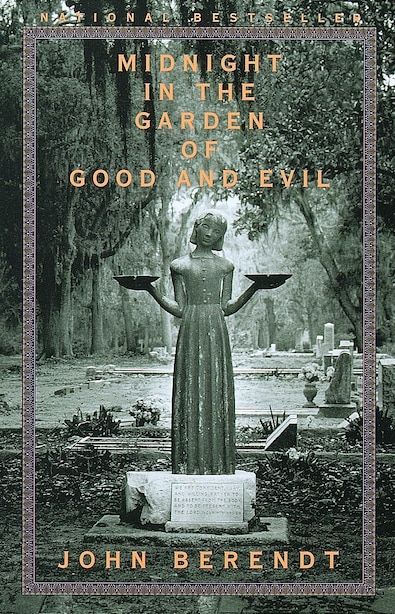 “Shots rang out in Savannah’s grandest mansion in the misty, early morning hours of May 2, 1981. Was it murder or self-defense? For nearly a decade, the shooting and its aftermath reverberated throughout this hauntingly beautiful city of moss-hung oaks and shaded squares. John Berendt’s sharply observed, suspenseful, and witty narrative reads like a thoroughly engrossing novel, and yet it is a work of nonfiction. Berendt skillfully interweaves a hugely entertaining first-person account of life in this isolated remnant of the Old South with the unpredictable twists and turns of a landmark murder case.”

9. An American Marriage by Tayari Jones 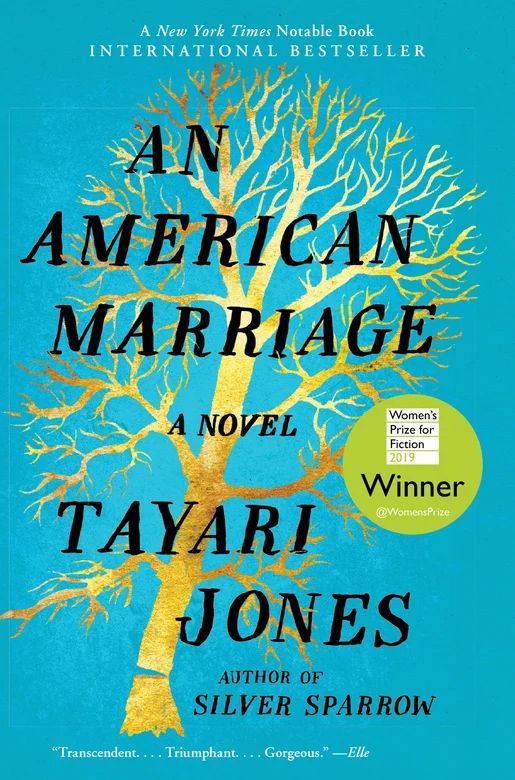 “Newlyweds Celestial and Roy are the embodiment of both the American Dream and the New South. He is a young executive, and she is an artist on the brink of an exciting career. But as they settle into the routine of their life together, they are ripped apart by circumstances neither could have imagined. Roy is arrested and sentenced to twelve years for a crime Celestial knows he didn’t commit. Though fiercely independent, Celestial finds herself bereft and unmoored, taking comfort in Andre, her childhood friend, and best man at their wedding. As Roy’s time in prison passes, she is unable to hold on to the love that has been her center. After five years, Roy’s conviction is suddenly overturned, and he returns to Atlanta ready to resume their life together.”

10. The River of Kings: A Novel by Taylor Brown “The Altamaha River, Georgia’s ‘Little Amazon,’ is one of the last truly wild places in America. Crossed by roads only five times in its 137 miles, the black-water river is home to thousand-year-old virgin cypress, direct descendants of eighteenth-century Highland warriors, and a staggering array of rare and endangered species. The Altamaha is even rumored to harbor its own river monster, as well as traces of the oldest European fort in North America.

“Brothers Hunter and Lawton Loggins set off to kayak the river, bearing their father’s ashes toward the sea. Hunter is a college student, Lawton a Navy SEAL on leave; they were raised by an angry, enigmatic shrimper who loved the river, and whose death remains a mystery that his sons are determined to solve. As the brothers proceed downriver, their story alternates with that of Jacques le Moyne, the first European artist in North America, who accompanied a 1564 French expedition that began as a search for riches and ended in a bloody confrontation with Spanish conquistadors and native tribes.”