These 10 must-read books set in Budapest include contemporary fiction, YA, mysteries, romances, and historical fiction. Take a trip to Queen of the Danube with these books that take place in Budapest, Hungary.

1. The Door by Magda Szabó 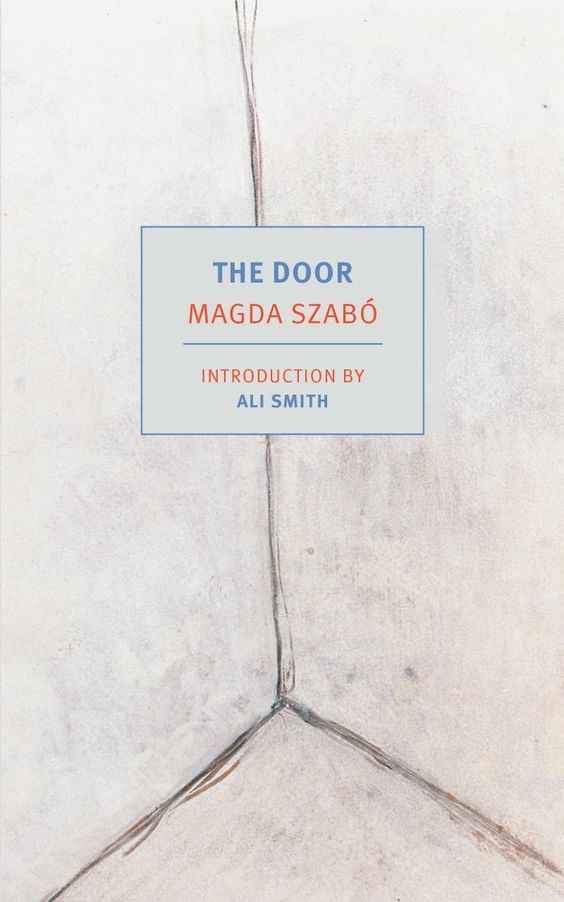 “The Door is an unsettling exploration of the relationship between two very different women. Magda is a writer, educated, married to an academic, public-spirited, with an on-again-off-again relationship to Hungary’s Communist authorities. Emerence is a peasant, illiterate, impassive, abrupt, seemingly ageless. She lives alone in a house that no one else may enter, not even her closest relatives. She is Magda’s housekeeper and she has taken control over Magda’s household, becoming indispensable to her. And Emerence, in her way, has come to depend on Magda. They share a kind of love—at least until Magda’s long-sought success as a writer leads to a devastating revelation.”

2. The Invisible Bridge by Julie Orringer 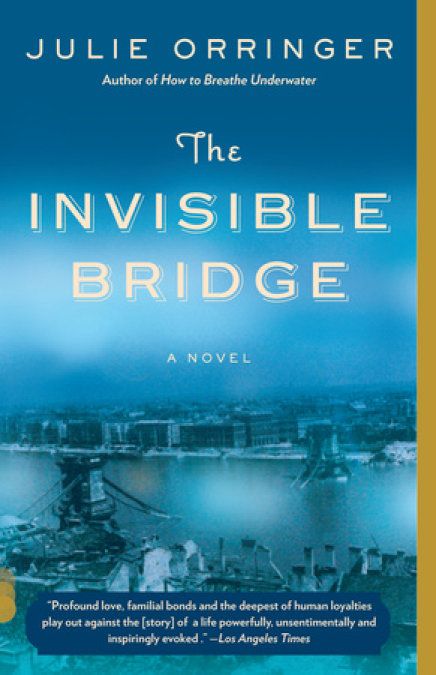 “Paris, 1937. Andras Lévi, a Hungarian-Jewish architecture student, arrives from Budapest with a scholarship, a single suitcase, and a mysterious letter he promised to deliver. But when he falls into a complicated relationship with the letter’s recipient, he becomes privy to a secret that will alter the course of his—and his family’s—history. From the small Hungarian town of Konyár to the grand opera houses of Budapest and Paris, from the despair of Carpathian winter to an unimaginable life in labor camps, The Invisible Bridge tells the story of a family shattered and remade in history’s darkest hour.” 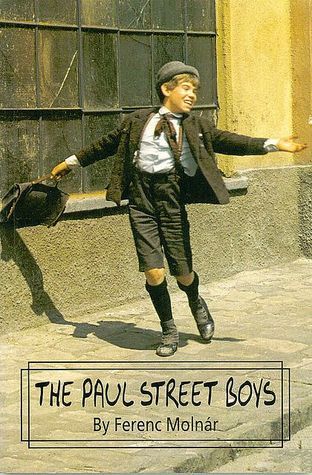 “Translated into English in 1927 and here updated, the novel about two gangs of boys fighting a war for a piece of land, a derelict building site which to them is a cherished symbol of freedom, is still the same fascinating story it was nearly a century ago.”

4. The Corpse with the Ruby Lips by Cathy Ace 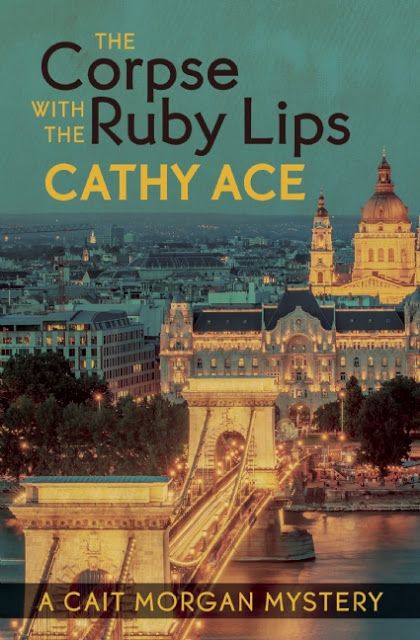 “Quirky criminology professor Cait Morgan is invited to be a guest lecturer at a Budapest university, and although she’s hesitant to go without her husband and trusted sidekick, Bud, who must stay home to care for his aging parents, she decides to make the month-long trip on her own.

“Soon after arriving, one of her new students, Zsofia, pleads with Cait to help her uncover any clues about her grandmother’s unsolved murder, which happened decades ago on the campus of Cait’s own home university in Canada. Cait agrees, but when she is repeatedly hassled by an creepy colleague, and as bizarre details about Zsofia’s family members come to light, Cait is beset by uncertainty.

“As she gets closer to the truth, Cait’s investigation puts the powers-that-be on high alert, and her instincts tell her she’s in grave danger. Bud races to Budapest to come to Cait’s side, but will it be too late?” 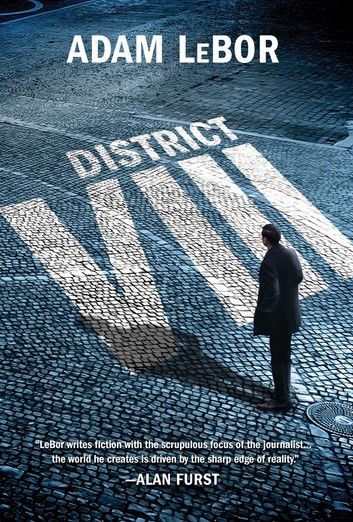 “Life’s tough for a Gypsy cop in Budapest. The cops don’t trust you because you’re a Gypsy. Your fellow Gypsies, even your own family, shun you because you’re a cop. The dead, however, don’t care. So when Balthazar Kovacs, a detective in the city’s murder squad, gets a mysterious message on his phone from a blocked number he gulps down the rest of his morning coffee, grabs his police ID and goes to work. Danube Blues reveals an underworld that Budapest visitors never get to see: the gritty back-alleys of District VIII; the endemic corruption that reaches deep into the government as officials and their business allies plunder state coffers at will; a rule of law bent to serve the interests of the rich, well-connected and powerful; the rising power of international organized crime gangs who use the Hungarian capital as a springboard for their European operations; and the ghosts of Communism and Nazism that still haunt Hungary.” 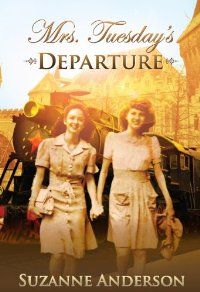 “When Natalie and Anna, sisters and life-long rivals, hide an abandoned child from the Nazis in Budapest Hungary, their struggle re-opens a star-crossed love triangle and inspirational romance, threatening their safety and testing the bonds of their loyalty.” 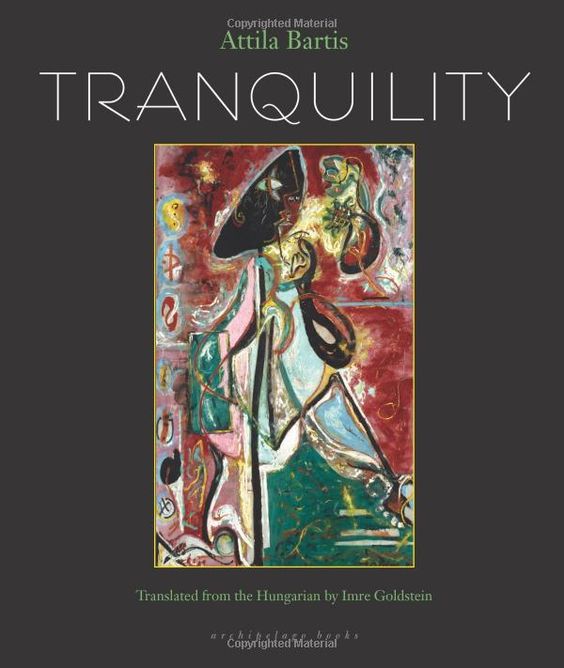 “Tranquility is a living seismograph of the internal quakes and ruptures of a mother and son trapped within an Oedipal nightmare amidst the suffocating totalitarian embrace of Communist Hungary. Andor Weér, a thirty-six-year-old writer, lives in a cramped apartment with his shut-in mother, Rebeka, who was once among the most celebrated stage actresses in Budapest. Unable to withstand her maniacal tyranny but afraid to leave her alone, their bitter interdependence spirals into a Sartrian hell of hatred, lies, and appeasement.

“Then Andor meets the beautiful and nurturing Eszter, a woman who seems to have no past, and they fall wildly in love at first sight. With a fulfilling life seemingly within reach for the first time, Andor decides that he is ready to bring Eszter home to meet Mother. Though Bartis’s characters are unrepentantly neurotic and dressed in the blackest humor, his empathy for them is profound. A political farce of the highest ironic order, concluding that ‘freedom is a condition unsuitable for humans,’ Tranquility is ultimately, at its splanchnic core, a complex psychodrama turned inside out, revealing with visceral splendor the grotesque notion that there’s nothing funnier than unhappiness.” 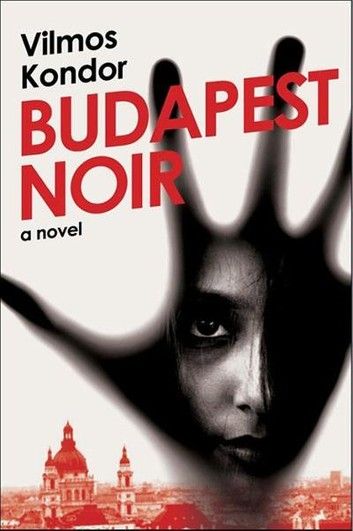 “Budapest Noir marks the emergence of an extraordinary new voice in literary crime fiction, Vilmos Kondor. Kondor’s remarkable debut brings this European city to breathtaking life—from the wealthy residential neighborhoods of Buda to the slums of Pest—as it follows crime reporter Zsigmond Gordon’s investigation into the strange death of a beautiful woman. As Gordon’s search for the truth leads him to shocking revelations about a seedy underground crime syndicate and its corrupt political patrons, Budapest Noir will transport you to a dark time and place, and hold you there spellbound until the final page is turned.” 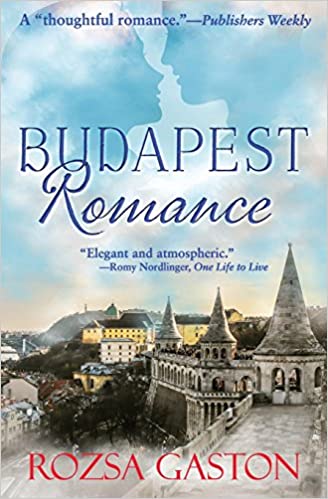 “Two strangers, both recovering from loss, discover each other against the bewitching backdrop of Budapest’s thermal spa baths.”

10. Strangers in Budapest by Jessica Keener 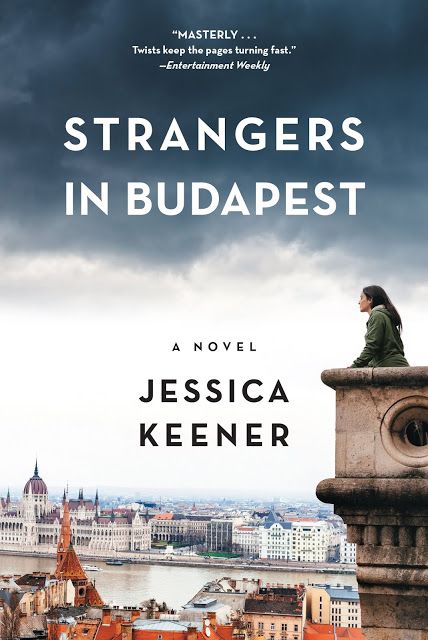 “Atmospheric and surprising, Strangers in Budapest is, as bestselling novelist Caroline Leavitt says, a ‘dazzlingly original tale about home, loss, and the persistence of love.'”