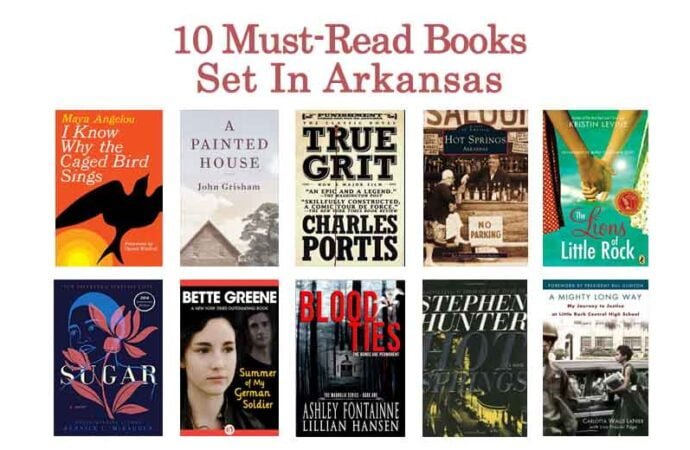 Lakes, rivers, and hot springs are not the only thing those from Arkansas can boast about. Some great literature also takes place in Arkansas. Check out these books set in Arkansas and by some famous Arkansas authors.

1. I Know Why the Caged Bird Sings by Maya Angelou 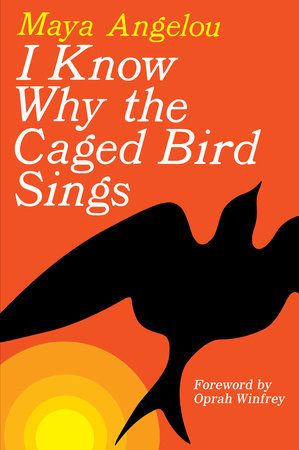 The first part of this book details Maya’s life with her grandmother in Stamps, Arkansas.

2. A Painted House by John Grisham 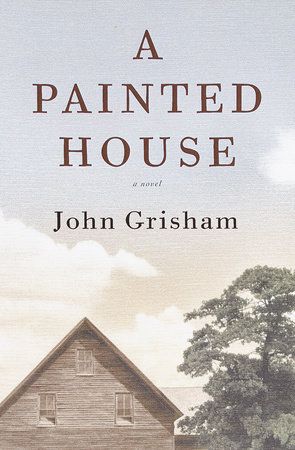 “Until that September of 1952, Luke Chandler had never kept a secret or told a single lie. But in the long, hot summer of his seventh year, two groups of migrant workers — and two very dangerous men — came through the Arkansas Delta to work the Chandler cotton farm. And suddenly mysteries are flooding Luke’s world.” 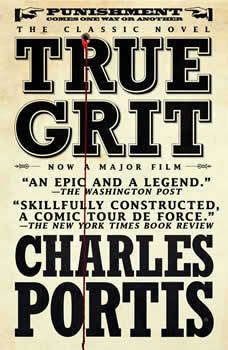 “True Grit tells the story of Mattie Ross, who is just fourteen when the coward Tom Chaney shoots her father down in Fort Smith, Arkansas, and robs him of his life, his horse, and $150 cash. Filled with an unwavering urge to avenge her father’s blood, Mattie finds and, after some tenacious finagling, enlists one-eyed Rooster Cogburn, the meanest available U.S. Marshal, as her partner in pursuit, and they head off into Indian Territory after the killer.”

4. Hot Springs: From Capone to Costello (Images of America) by Robert K. Raines 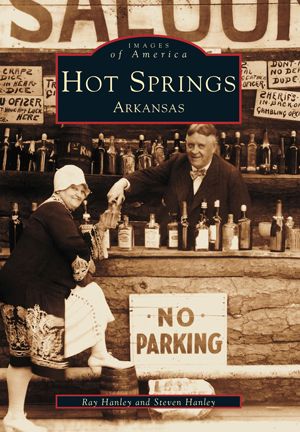 “In the late 1800s, Hot Springs, Arkansas, was a small town with a big attraction: hot thermal water. The federal government took possession of the downtown-area springs, and bathhouse row was born, along with the first property that would be considered a national park. Following not too far behind were great entrepreneurs who brought in gambling and prostitution to go with the area’s leading industry: moonshining. By the time the 20th century rolled in, Hot Springs was booming with tourists and became America’s first resort. In the early 1930s, former New York gangster Owen Madden took up residence in the spa city, and things became very organized. Gangland luminaries from Al Capone to Frank Costello made regular pilgrimages over the next few decades to what was referred to as ‘the loose buckle in the Bible Belt.'”

5. The Lions of Little Rock by Kristin Levine 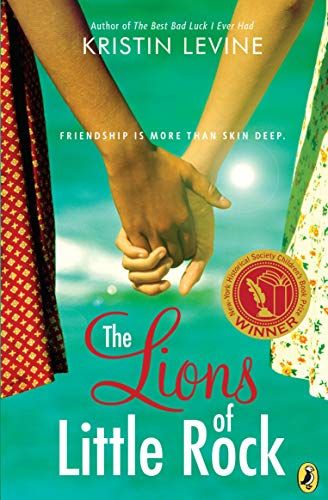 “As twelve-year-old Marlee starts middle school in 1958 Little Rock, it feels like her whole world is falling apart. Until she meets Liz, the new girl at school. Liz is everything Marlee wishes she could be: she’s brave, brash and always knows the right thing to say. But when Liz leaves school without even a good-bye, the rumor is that Liz was caught passing for white. Marlee decides that doesn’t matter. She just wants her friend back. And to stay friends, Marlee and Liz are even willing to take on segregation and the dangers their friendship could bring to both their families.” 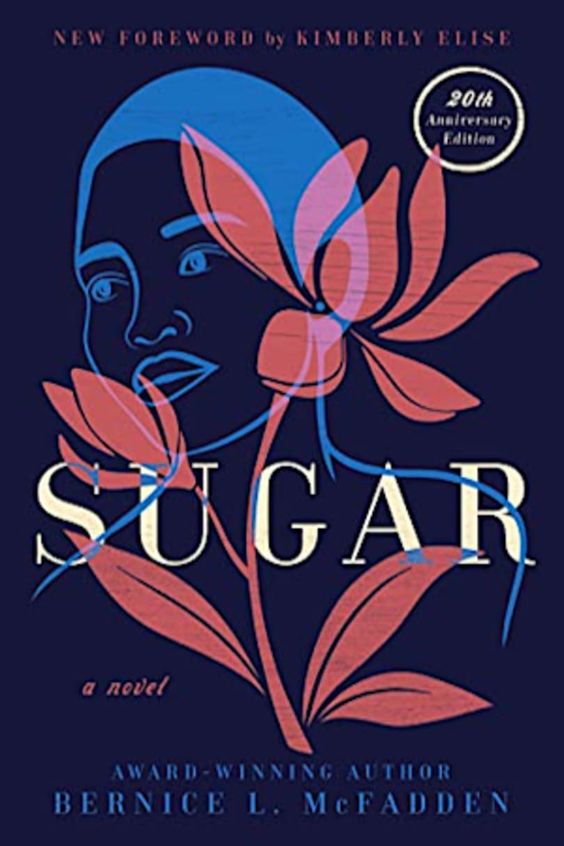 “A young prostitute comes to Bigelow, Arkansas, to start over, far from her haunting past. Sugar moves next door to Pearl, who is still grieving for the daughter who was murdered fifteen years before. Over sweet-potato pie, an unlikely friendship begins, transforming both women’s lives—and the life of an entire town.”

7. Summer of My German Soldier by Bette Green “The summer that Patty Bergen turns twelve is a summer that will haunt her forever. When her small hometown in Arkansas becomes the site of a camp housing German prisoners during World War II, Patty learns what it means to open her heart. Even though she’s Jewish, she begins to see a prison escapee, Anton, not as a Nazi, but as a lonely, frightened young man with feelings not unlike her own.” 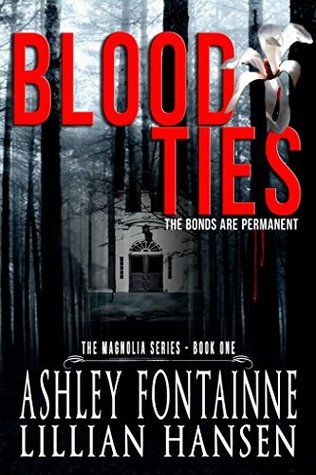 “LiAnn Tuck and her daughter, Karina Summers, are settling into their new life, enjoying the small farming community of Sheridan, Arkansas. Their idyllic lifestyle changes the minute a family friend, Cecil Pickard, pays a visit. He lives at The Magnolia, an independent living facility in Hot Springs, and believes someone is stealing from him. LiAnn and Karina offer to investigate and suddenly find themselves inside a living nightmare.” 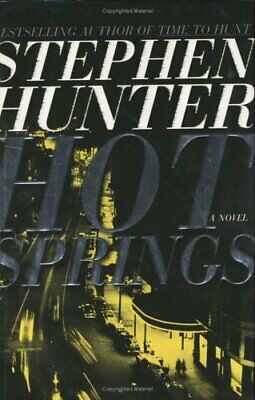 “It is the summer of 1946, organized crime’s garish golden age, when American justice seems to have gone to seed for good. Nowhere is this truer than in Hot Springs, Arkansas, the reigning capital of corruption. When the district attorney vows to bring down the mob, Earl is recruited to run the show. As casino raids erupt into nerve-shattering combat amid screaming prostitutes and fleeing johns, the body count mounts—along with the suspense.” 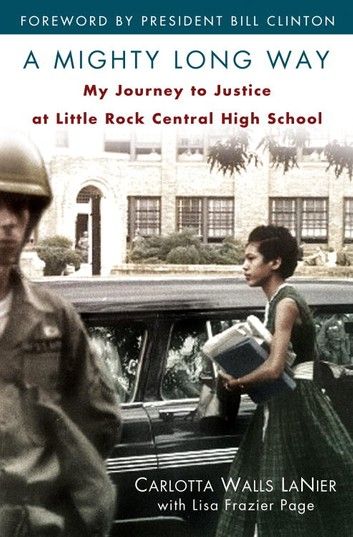 “When fourteen-year-old Carlotta Walls walked up the stairs of Little Rock Central High School on September 25, 1957, she and eight other black students only wanted to make it to class. But the journey of the “Little Rock Nine,” as they came to be known, would lead the nation on an even longer and much more turbulent path, one that would challenge prevailing attitudes, break down barriers, and forever change the landscape of America.”