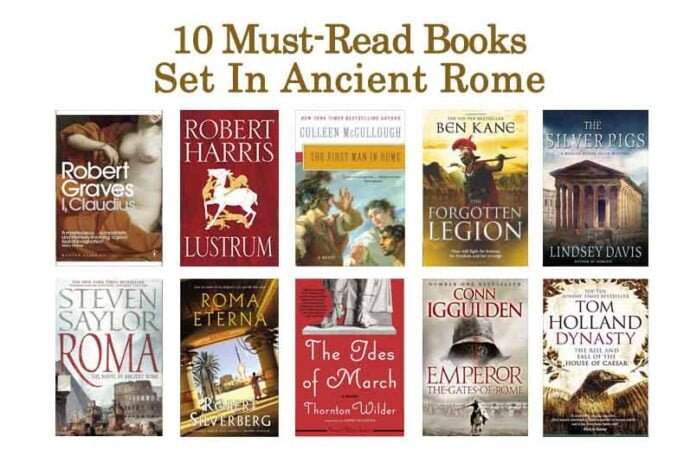 These 10 must-read books set in ancient Rome feature bestselling novels, series, mysteries, speculative fiction, and nonfiction books that span more than a thousand years and will transport you to the slums, villas, and palaces in the ancient city of Rome. Prepare yourself for decadence and beware the Ides of March with these must-read books that take place in ancient Rome.

1. I, Claudius by Robert Graves 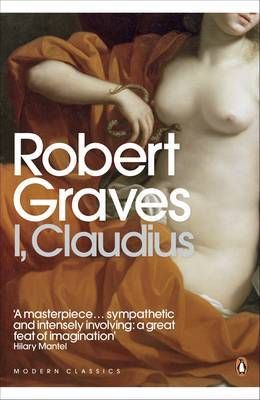 “A work of historical fiction which recreates the life and times of Emperor Claudius, who lived from 10 BC to AD 41, a time when poisoning, blasphemy, treachery, incest and unnatural vice were commonplace.” 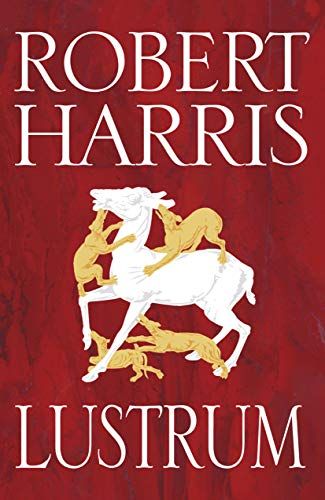 “On the eve of Cicero’s inauguration as consul of Rome, a grisly discovery sends fear rippling through a city already racked by unrest. A young slave boy has been felled by a hammer, his throat slit and his organs removed, apparently as a human sacrifice. For Cicero, the ill omens of this hideous murder only increase his dangerous situation: elected leader by the people but despised by the heads of the two rival political camps. Caught in a shell game that leaves him forever putting out fires only to have them ignite elsewhere, Cicero plays for the future of the republic…and his life. There is a plot to assassinate him, abetted by a rising young star of the Roman senate named Gaius Julius Caesar—and it will take all the embattled consul’s wit, strength, and force of will to stop the plot and keep Rome from becoming a dictatorship.” 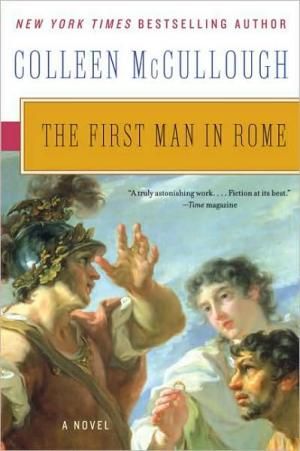 “When the world cowered before the legions of Rome, two extraordinary men dreamed of personal glory: the military genius and wealthy rural ‘upstart’ Marius, and Sulla, penniless and debauched but of aristocratic birth. Men of exceptional vision, courage, cunning, and ruthless ambition, separately they faced the insurmountable opposition of powerful, vindictive foes. Yet allied they could answer the treachery of rivals, lovers, enemy generals, and senatorial vipers with intricate and merciless machinations of their own—to achieve in the end a bloody and splendid foretold destiny . . . and win the most coveted honor the Republic could bestow.” 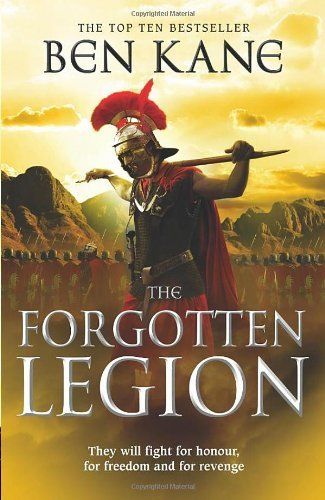 “Set in the late Roman Republic, in the first century B.C.E., The Forgotten Legion is a tale of the greatest empire of the ancient world from the perspective of those on the lowest rungs of its society.”

5. The Silver Pigs by Lindsey Davis 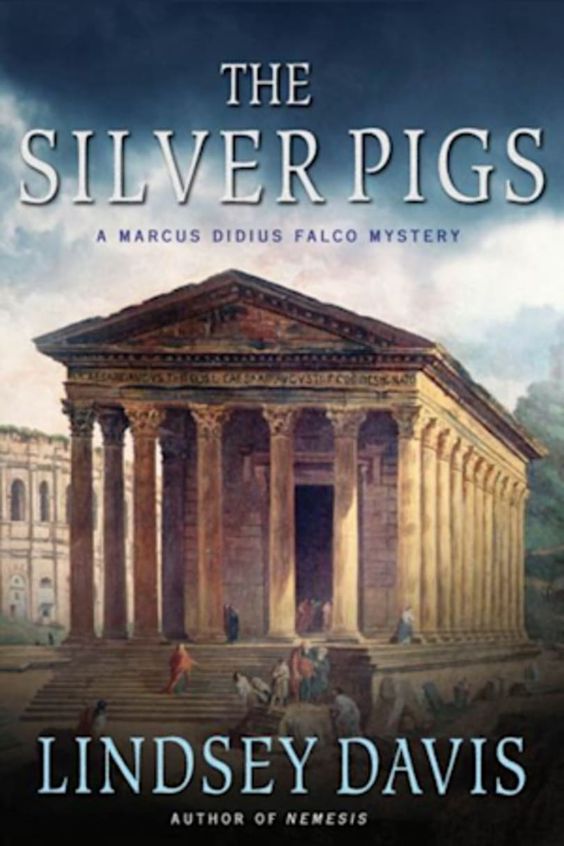 “The Silver Pigs is the classic novel which introduced readers around the world to Marcus Didius Falco, a private informer with a knack for trouble, a tendency for bad luck, and a frequently inconvenient drive for justice.”

6. Roma: The Novel of Ancient Rome by Steven Saylor 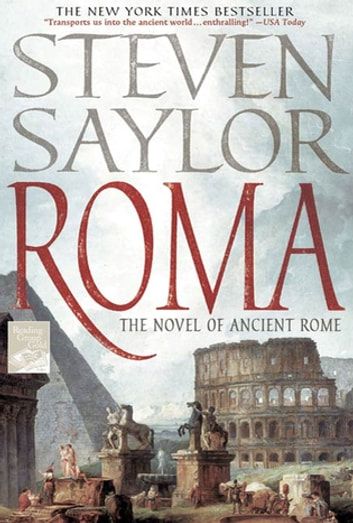 “Spanning a thousand years, and following the shifting fortunes of two families though the ages, this is the epic saga of Rome, the city and its people. Weaving history, legend, and new archaeological discoveries into a spellbinding narrative, critically acclaimed novelist Steven Saylor gives new life to the drama of the city’s first thousand years ― from the founding of the city by the ill-fated twins Romulus and Remus, through Rome’s astonishing ascent to become the capitol of the most powerful empire in history. Roma recounts the tragedy of the hero-traitor Coriolanus, the capture of the city by the Gauls, the invasion of Hannibal, the bitter political struggles of the patricians and plebeians, and the ultimate death of Rome’s republic with the triumph, and assassination, of Julius Caesar.” 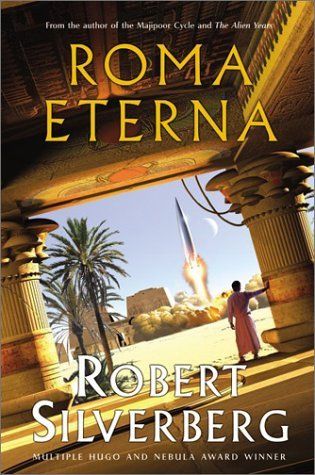 “An imaginative tale of an Imperial Rome that never fell and its reign from inception to the present day follows the great city as it continues to expand its worldwide civilization, from the conquest of the Mayans of Mexico, to the first circumnavigational voyage, to the attempt of the Hebrews to flee Rome’s tyranny by escaping to another planet.”

8. The Ides of March by Thornton Wilder 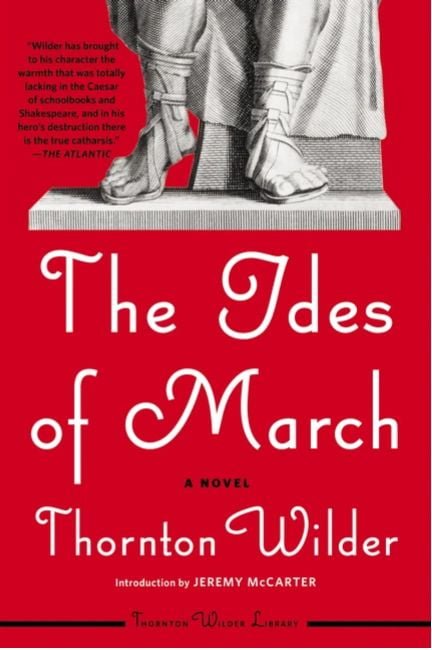 “In this inventive narrative, the Caesar of history becomes Caesar the human being as he appeared to his family, his legions, his Rome, and his empire in the months just before his death. In Wilder’s inventive narrative, all Rome comes crowding through his pages. Romans of the slums, of the villas, of the palaces, brawling youths and noble ladies and prostitutes, and the spies and assassins stalking Caesar in his Rome.” 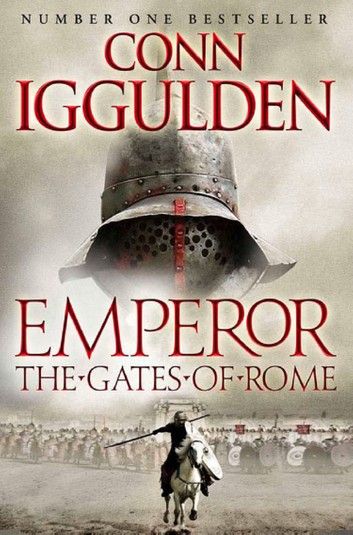 “In a city of grandeur and decadence, beauty and bloodshed, two boys, best friends, dream of glory in service of the mightiest empire the world has ever known. One is the son of a senator. The other is a bastard child. As young Gaius and Marcus grow to manhood, they are trained in the art of combat—under the tutelage of one of Rome’s most fearsome gladiators. For Marcus, a bloody campaign in Greece will become a young soldier’s proving ground. For Gaius, the equally deadly infighting of the Roman Senate will be the battlefield where he hones his courage and skill. And for both, the love of an extraordinary slave girl will be an honor each will covet but only one will win. But as Rome is thrust into the grip of bitter conflict, as every Roman prepares to take sides in the coming battle, Gaius and Marcus’s friendship will be put to the ultimate test.…”

10. Dynasty: The Rise and Fall of the House of Caesar by Tom Holland 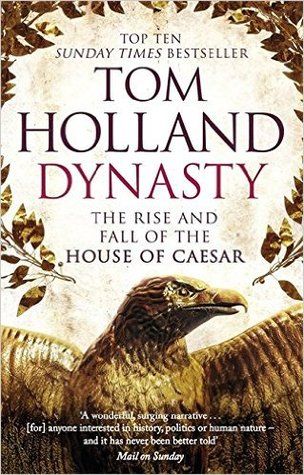 “In this dazzling portrait of Rome’s first imperial dynasty, Tom Holland traces the astonishing century-long story of the rise and fall of the Julio-Claudians—Augustus, Tiberius, Caligula, Claudius, and Nero. Capturing both the brilliant allure of their rule and the blood-steeped shadows cast by their crimes, Dynasty travels from the great capital rebuilt in marble to the dank and barbarian forests of Germany. Populated by a spectacular cast: murderers and metrosexuals, adulterers and Druids, scheming grandmothers and reluctant gladiators, it vividly recreates the world of Rome after Julius Caesar. A tale of rule and ruination, Dynasty is the story of a family that transformed and stupefied the western world and that continues to cast a mesmerizing spell across the millennia.”