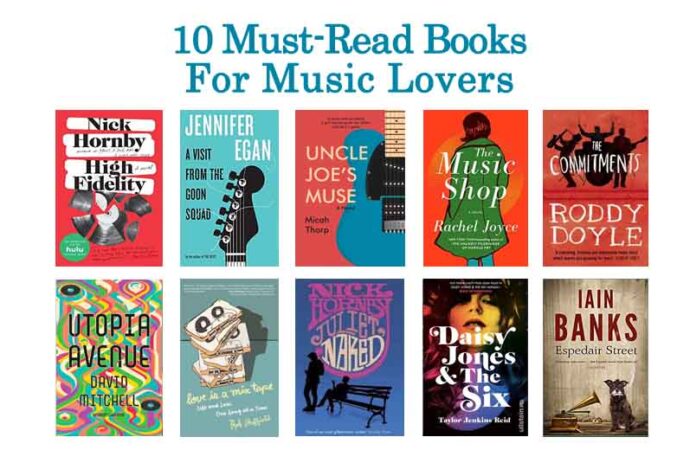 These 10 must-read books for music lovers feature record stores and record labels, rock stars, band members, singers, songs and songwriters, musical instruments, live performances, mix tapes, and the ups and downs of rock ‘n’ roll lifestyles. Get ready to update your playlist and rock out with these top 10 novels and memoirs that every music lover should read. 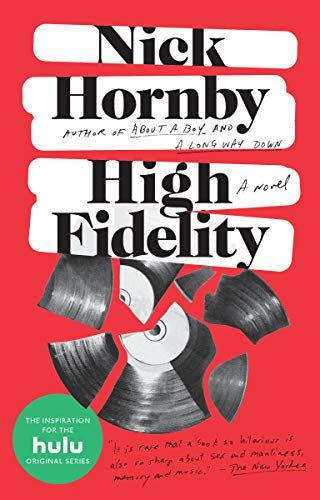 “Rob is a pop music junkie who runs his own semi-failing record store. His girlfriend, Laura, has just left him for the guy upstairs, and Rob is both miserable and relieved. After all, could he have spent his life with someone who has a bad record collection? Rob seeks refuge in the company of the offbeat clerks at his store, who endlessly review their top five films; top five Elvis Costello songs; top five episodes of Cheers.

“Rob tries dating a singer, but maybe it’s just that he’s always wanted to sleep with someone who has a record contract. Then he sees Laura again. And Rob begins to think that life with kids, marriage, barbecues, and soft rock CDs might not be so bad.”

2. A Visit from the Goon Squad by Jennifer Egan 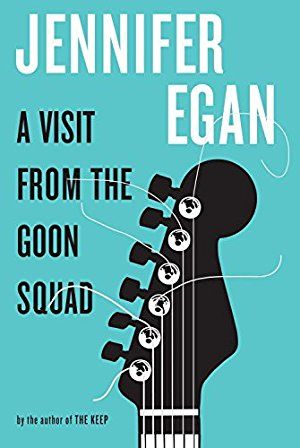 “Bennie is an aging former punk rocker and record executive. Sasha is the passionate, troubled young woman he employs. Here Jennifer Egan brilliantly reveals their pasts, along with the inner lives of a host of other characters whose paths intersect with theirs. With music pulsing on every page, A Visit from the Goon Squad is a startling, exhilarating novel of self-destruction and redemption.” 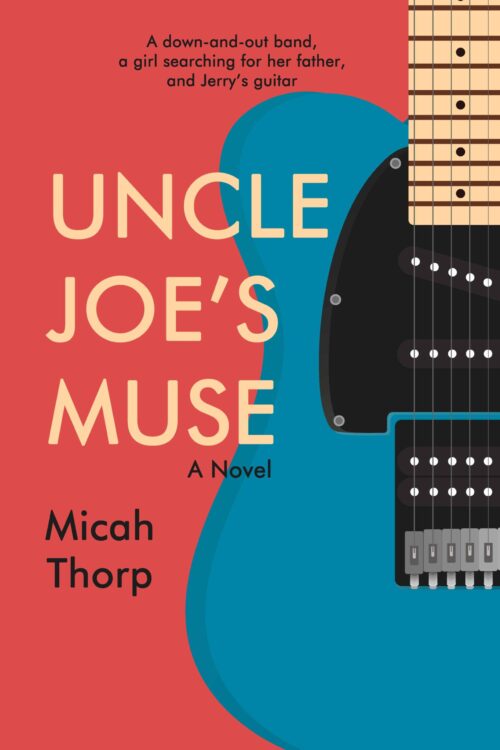 “The members of Uncle Joe’s Band have spent years playing any venue that will pay for their unintelligible metal band performances while their rock and roll lifestyle has left them with bad livers, multiple divorces, and living in a squalid house in Vallejo, California.

“Then one morning everything changes when an assertive twelve-year-old girl named Allison appears on their front porch and announces that she has been sent to stay with her father for the summer.

“Meanwhile, years ago, the band’s namesake and inspiration, Uncle Joe, takes a long strange trip as a vagabond hippie through the ’60s, ’70s, and ’80s that includes brushes with Ken Kesey’s bus, Watergate, the Pet Rock, Iran Contra, and Jerry Garcia.

“Inspired by their experience with Allison and their budding paternal instincts, recollections of Uncle Joe, and a well-played Stratocaster with the initials “JG”, the members of Uncle Joe’s Band begin to play a new tune in a major key.”

4. The Music Shop by Rachel Joyce 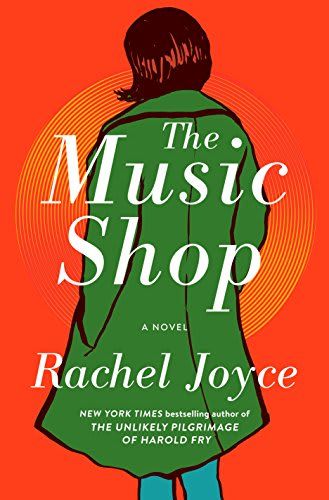 “It is 1988. On a dead-end street in a run-down suburb there is a music shop that stands small and brightly lit, jam-packed with records of every kind. Like a beacon, the shop attracts the lonely, the sleepless, and the adrift; Frank, the shop’s owner, has a way of connecting his customers with just the piece of music they need. Then, one day, into his shop comes a beautiful young woman, Ilse Brauchmann, who asks Frank to teach her about music. Terrified of real closeness, Frank feels compelled to turn and run, yet he is drawn to this strangely still, mysterious woman with eyes as black as vinyl. But Ilse is not what she seems, and Frank has old wounds that threaten to reopen, as well as a past it seems he will never leave behind. Can a man who is so in tune with other people’s needs be so incapable of connecting with the one person who might save him? The journey that these two quirky, wonderful characters make in order to overcome their emotional baggage speaks to the healing power of music—and love—in this poignant, ultimately joyful work of fiction.”

5. The Commitments by Roddy Doyle 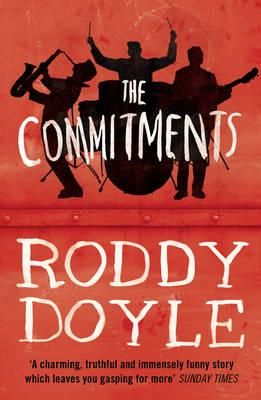 “In the first volume of the Barrytown Trilogy, Roddy Doyle, winner of the Booker Prize for Paddy Clarke Ha Ha Ha, introduces The Commitments, a group of fame-starved, working-class Irish youths with a paradoxical passion for the music of Sam Cooke and Otis Redding and a mission—to bring Soul to Dublin. Doyle writes about the band with a fan’s enthusiasm and about Dublin with a native’s cheerful knowingness. His book captures all the shadings of the rock experience: ambition, greed, and egotism—ans the redeeming, exhilarating joy of making music. The Commitments is one of the most engaging and believable novels about rock’n’roll ever written, a book whose brashness and originality have won it mainstream acclaim and underground cachet.” 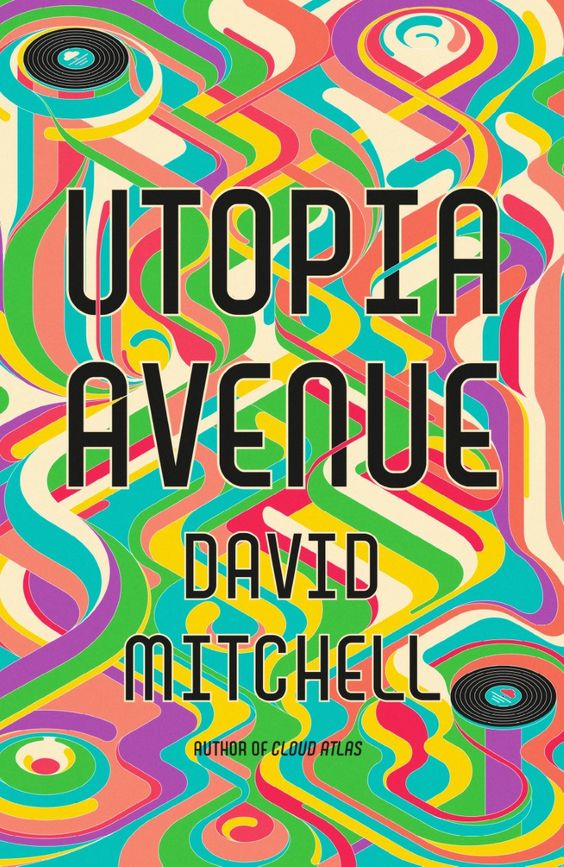 “Utopia Avenue is the strangest British band you’ve never heard of. Emerging from London’s psychedelic scene in 1967, and fronted by folk singer Elf Holloway, blues bassist Dean Moss and guitar virtuoso Jasper de Zoet, Utopia Avenue embarked on a meteoric journey from the seedy clubs of Soho, a TV debut on Top of the Pops, the cusp of chart success, glory in Amsterdam, prison in Rome, and a fateful American sojourn in the Chelsea Hotel, Laurel Canyon, and San Francisco during the autumn of ’68.

“David Mitchell’s kaleidoscopic novel tells the unexpurgated story of Utopia Avenue’s turbulent life and times; of fame’s Faustian pact and stardom’s wobbly ladder; of the families we choose and the ones we don’t; of voices in the head, and the truths and lies they whisper; of music, madness, and idealism. Can we really change the world, or does the world change us?”

7. Love is a Mix Tape by Rod Sheffield

“In this stunning memoir, Rob Sheffield, a veteran rock and pop culture critic and staff writer for Rolling Stone magazine, tells the story of his musical coming of age, and how rock music, the first love of his life, led him to his second, a girl named Renee. Rob and Renee’s life together – they wed after graduate school, both became music journalists, and were married only five years when Renee died suddenly on Mother’s Day, 1997 – is shared through the window of the mix tapes they obsessively compiled. There are mixes to court each other, mixes for road trips, mixes for doing the dishes, mixes for sleeping – and, eventually, mixes to mourn Rob’s greatest loss. The tunes were among the great musical output of the early 1990s – Pearl Jam, Nirvana, Pavement, Yo La Tengo, REM, Weezer – as well as classics by The Rolling Stones, The Beatles, Aretha Franklin and more. Mixing the skilful, tragic punch of Dave Eggers and the romantic honesty of Nick Hornby, LOVE IS A MIX TAPE is a story of lost love and the kick-you-in-the-gut energy of great pop music.” 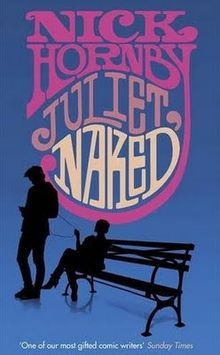 “Nick Hornby returns to his roots—music and messy relationships—in this funny and touching novel that thoughtfully and sympathetically looks at how lives can be wasted but how they are never beyond redemption. Annie lives in a dull town on England’s bleak east coast and is in a relationship with Duncan that mirrors the place; Tucker, once a brilliant songwriter and performer, has gone into seclusion in rural America—or at least that’s what his fans think. Duncan is obsessed with Tucker’s work to the point of derangement, and when Annie dares to go public on her dislike of his latest album, there are quite unexpected, life-changing consequences for all three.”

9. Daisy Jones and the Six by Taylor Jenkins Reid 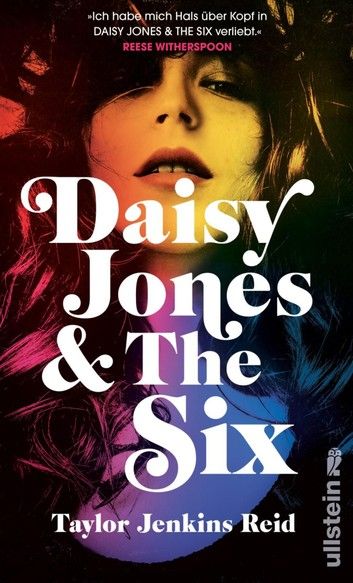 “Daisy is a girl coming of age in L.A. in the late sixties, sneaking into clubs on the Sunset Strip, sleeping with rock stars, and dreaming of singing at the Whisky a Go Go. The sex and drugs are thrilling, but it’s the rock ’n’ roll she loves most. By the time she’s twenty, her voice is getting noticed, and she has the kind of heedless beauty that makes people do crazy things.

“Also getting noticed is The Six, a band led by the brooding Billy Dunne. On the eve of their first tour, his girlfriend Camila finds out she’s pregnant, and with the pressure of impending fatherhood and fame, Billy goes a little wild on the road.

“Daisy and Billy cross paths when a producer realizes that the key to supercharged success is to put the two together. What happens next will become the stuff of legend.

“The making of that legend is chronicled in this riveting and unforgettable novel, written as an oral history of one of the biggest bands of the seventies. Taylor Jenkins Reid is a talented writer who takes her work to a new level with Daisy Jones & The Six, brilliantly capturing a place and time in an utterly distinctive voice.” 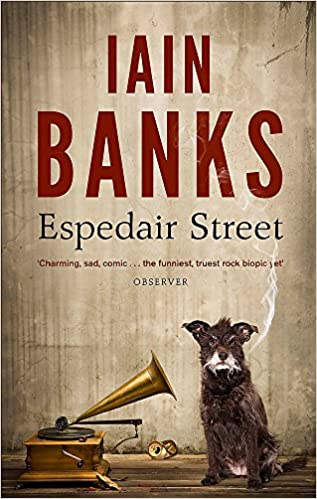 “Daniel Weir used to be a famous—not to say infamous—rock star. Maybe he still is. At 31 he has been both a brilliant failure and a dull success. He’s made a lot of mistakes that have paid off and a lot of smart moves he’ll regret forever (however long that turns out to be). Daniel Weir has gone from rags to riches and back, and managed to hold onto them both, though not much else. His friends all seem to be dead, fed up with him, or just disgusted—and who can blame them? And now Daniel Weir is all alone. As he contemplates his life, Daniel realizes he only has two problems: the past and the future. He knows how bad the past has been. But the future, well, the future is something else.”