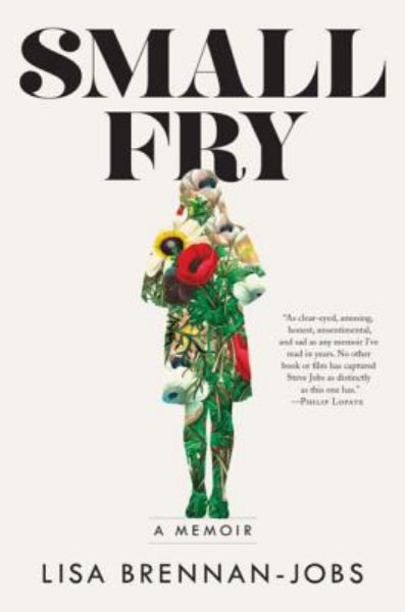 “Born on a farm and named in a field by her parents―artist Chrisann Brennan and Steve Jobs―Lisa Brennan-Jobs’s childhood unfolded in a rapidly changing Silicon Valley. When she was young, Lisa’s father was a mythical figure who was rarely present in her life. As she grew older, her father took an interest in her, ushering her into a new world of mansions, vacations, and private schools. His attention was thrilling, but he could also be cold, critical and unpredictable. When her relationship with her mother grew strained in high school, Lisa decided to move in with her father, hoping he’d become the parent she’d always wanted him to be. Part portrait of a complex family, part love letter to California in the seventies and eighties, Small Fry is a poignant coming-of-age story from one of our most exciting new literary voices.” 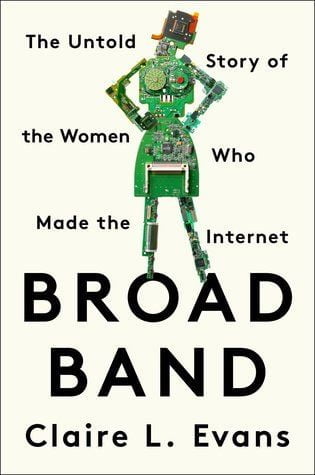 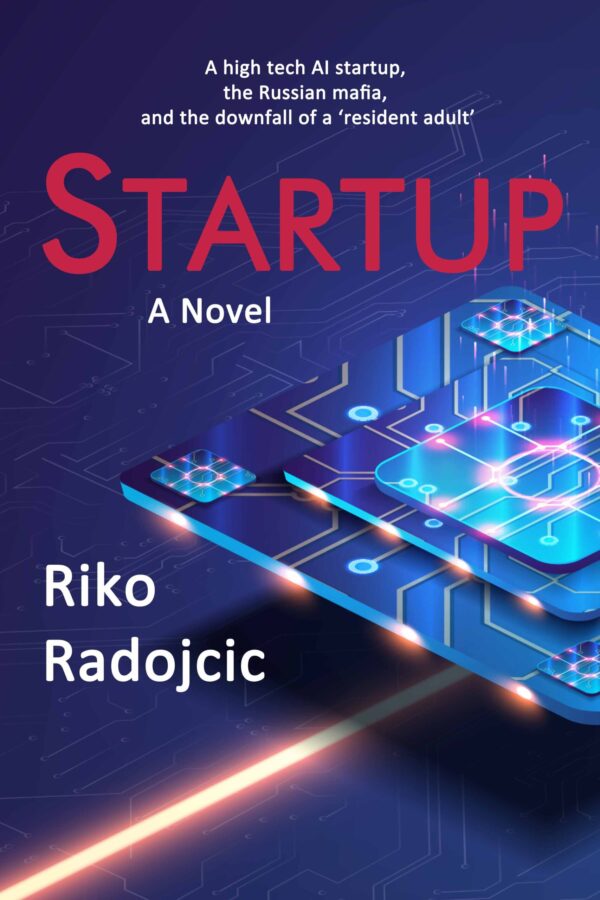 “Professor Andrija Krstic is a bright man pursuing leading edge research in semiconductor technology. But when an opportunity for financing an Artificial Intelligence high tech startup presents itself, he embraces the opportunity even though the seed money is offered by an odd and somewhat suspicious Armenian oligarch. Krstic finds himself trying to balance two disparate worlds―that of a high tech Silicon Valley startup racing toward the 21st century’s technological future, and that of shady wealth rooted in the collapse of the Soviet empire. The professor knows he must do the right thing while fending off the pressure from the Armenian oligarch who has probably told him too much.” 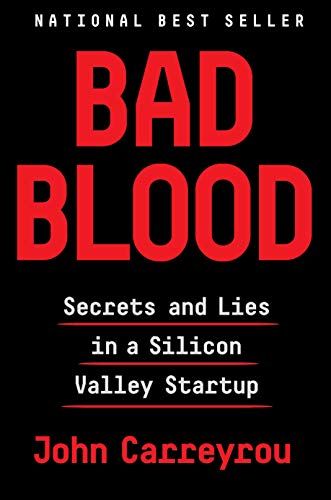 “In 2014, Theranos founder and CEO Elizabeth Holmes was widely seen as the next Steve Jobs: a brilliant Stanford dropout whose startup “unicorn” promised to revolutionize the medical industry with its breakthrough device, which performed the whole range of laboratory tests from a single drop of blood. Backed by investors such as Larry Ellison and Tim Draper, Theranos sold shares in a fundraising round that valued the company at more than $9 billion, putting Holmes’s worth at an estimated $4.5 billion. There was just one problem: The technology didn’t work. Erroneous results put patients in danger, leading to misdiagnoses and unnecessary treatments. All the while, Holmes and her partner, Sunny Balwani, worked to silence anyone who voiced misgivings—from journalists to their own employees.” 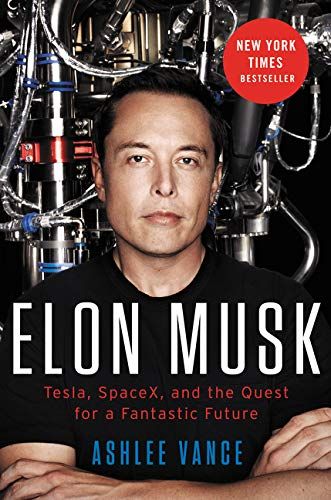 “In the spirit of Steve Jobs and Moneyball, Elon Musk is both an illuminating and authorized look at the extraordinary life of one of Silicon Valley’s most exciting, unpredictable, and ambitious entrepreneurs–a real-life Tony Stark–and a fascinating exploration of the renewal of American invention and its new ‘makers.'”

6. After On: A Novel of Silicon Valley by Rob Reid 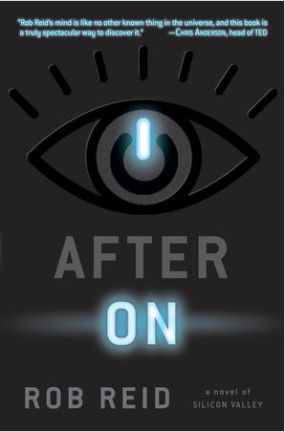 “The definitive novel of today’s Silicon Valley, After On flash-captures our cultural and technological moment with up-to-the-instant savvy. Matters of privacy and government intrusion, post-Tinder romance, nihilistic terrorism, artificial consciousness, synthetic biology, and much more are tackled with authority and brash playfulness by New York Times bestselling author Rob Reid.” 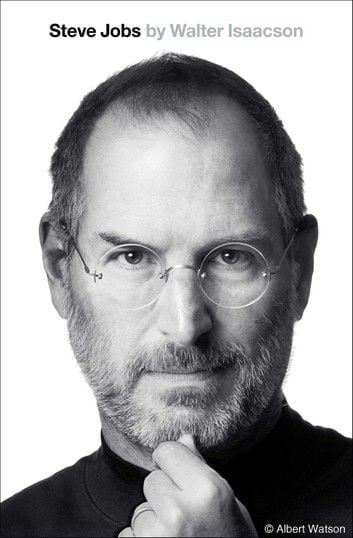 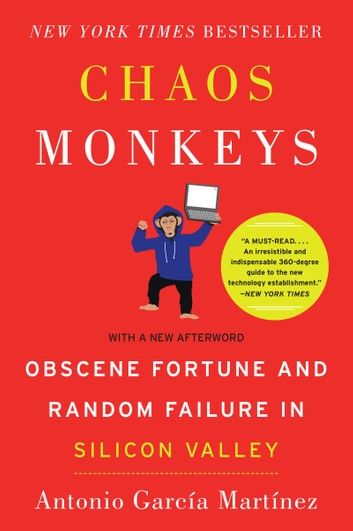 “Imagine a chimpanzee rampaging through a datacenter powering everything from Google to Facebook. Infrastructure engineers use a software version of this “chaos monkey” to test online services’ robustness—their ability to survive random failure and correct mistakes before they actually occur. Tech entrepreneurs are society’s chaos monkeys. One of Silicon Valley’s most audacious chaos monkeys is Antonio García Martínez.

“After stints on Wall Street and as CEO of his own startup, García Martínez joined Facebook’s nascent advertising team. Forced out in the wake of an internal product war over the future of the company’s monetization strategy, García Martínez eventually landed at rival Twitter. In Chaos Monkeys, this gleeful contrarian unravels the chaotic evolution of social media and online marketing and reveals how it is invading our lives and shaping our future.”

9. Sophia of Silicon Valley: A Novel by Anna Yen 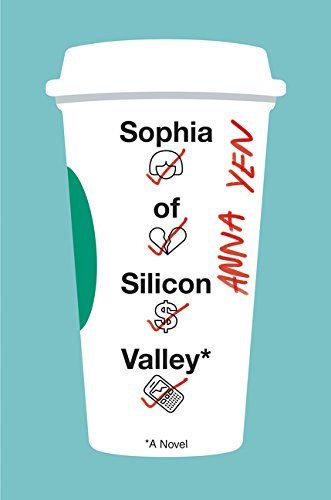 “During the heady years of the tech boom, incorrigibly frank Sophia Young lucks into a job that puts her directly in the path of Scott Kraft, the eccentric CEO of Treehouse, a studio whose animated films are transforming movies forever. Overnight, Sophia becomes an unlikely nerd whisperer. Whether her success is due to dumb luck, savage assertiveness, insightful finesse (learned by dealing with her irrational Chinese immigrant mother), or a combination of all three, in her rarified position she finds she can truly shine.

“As Scott Kraft’s right-hand woman, whip-smart Sophia is in the eye of the storm, sometimes floundering, sometimes nearly losing relationships and her health, but ultimately learning what it means to take charge of her own future the way the men around her do. But when engineer/inventor Andre Stark hires her to run his company’s investor relations, Sophia discovers that the big paycheck and high-status career she’s created for herself may not be worth living in the toxic environment of a boys-club gone bad.” 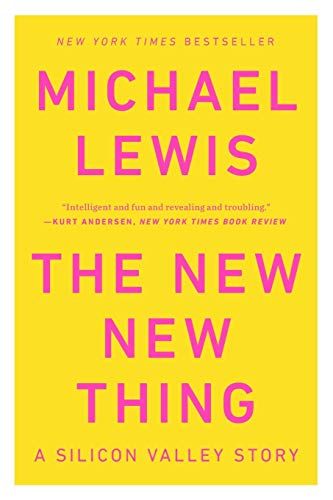 “In the weird glow of the dying millennium, Michael Lewis set out on a safari through Silicon Valley to find the world’s most important technology entrepreneur. He found this in Jim Clark, a man whose achievements include the founding of three separate billion-dollar companies. Lewis also found much more, and the result―the best-selling book The New New Thing―is an ingeniously conceived history of the Internet revolution.”